Accessibility links
After Daughter's 'Unimaginable' Death, Parkland Family Moved To Action Carmen Schentrup was a senior, one week away from her 17th birthday, when she was killed. Her family reflects on her life, death and why "missing her doesn't feel like enough anymore." 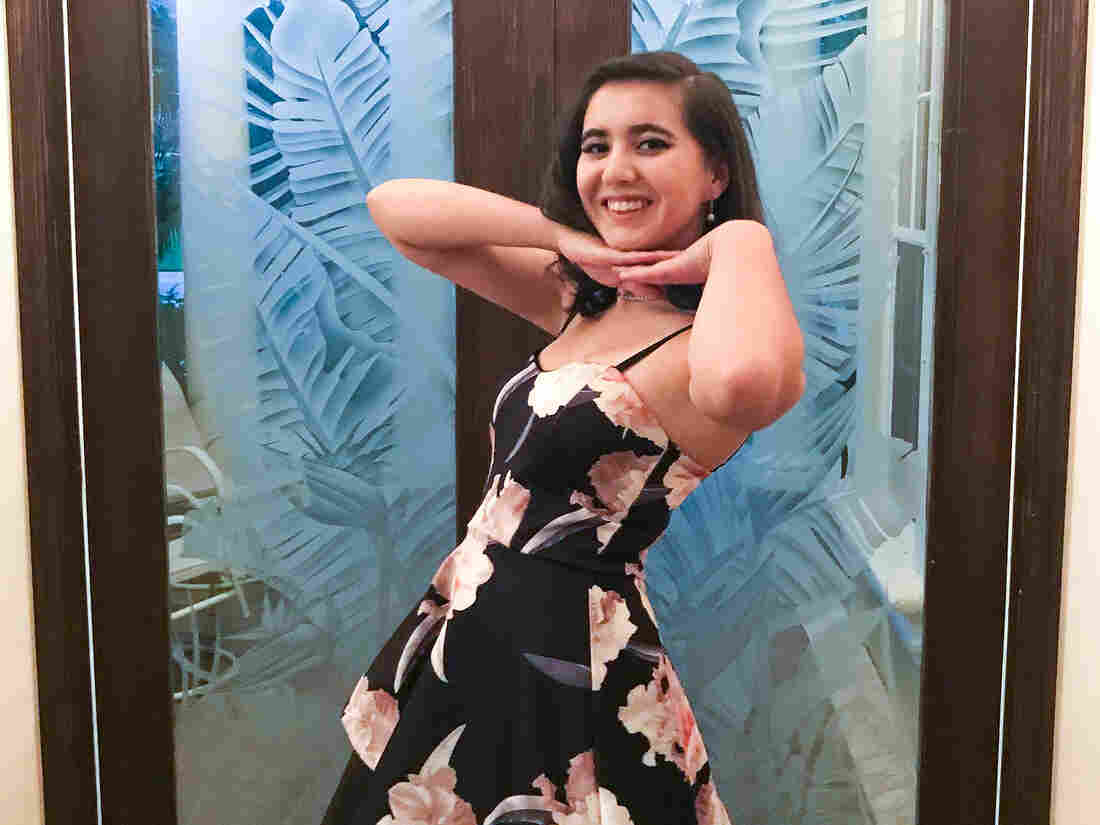 Carmen strikes a pose for her younger sister, Evelyn, before homecoming in the fall of 2017. Couresy of the Schentrup family hide caption 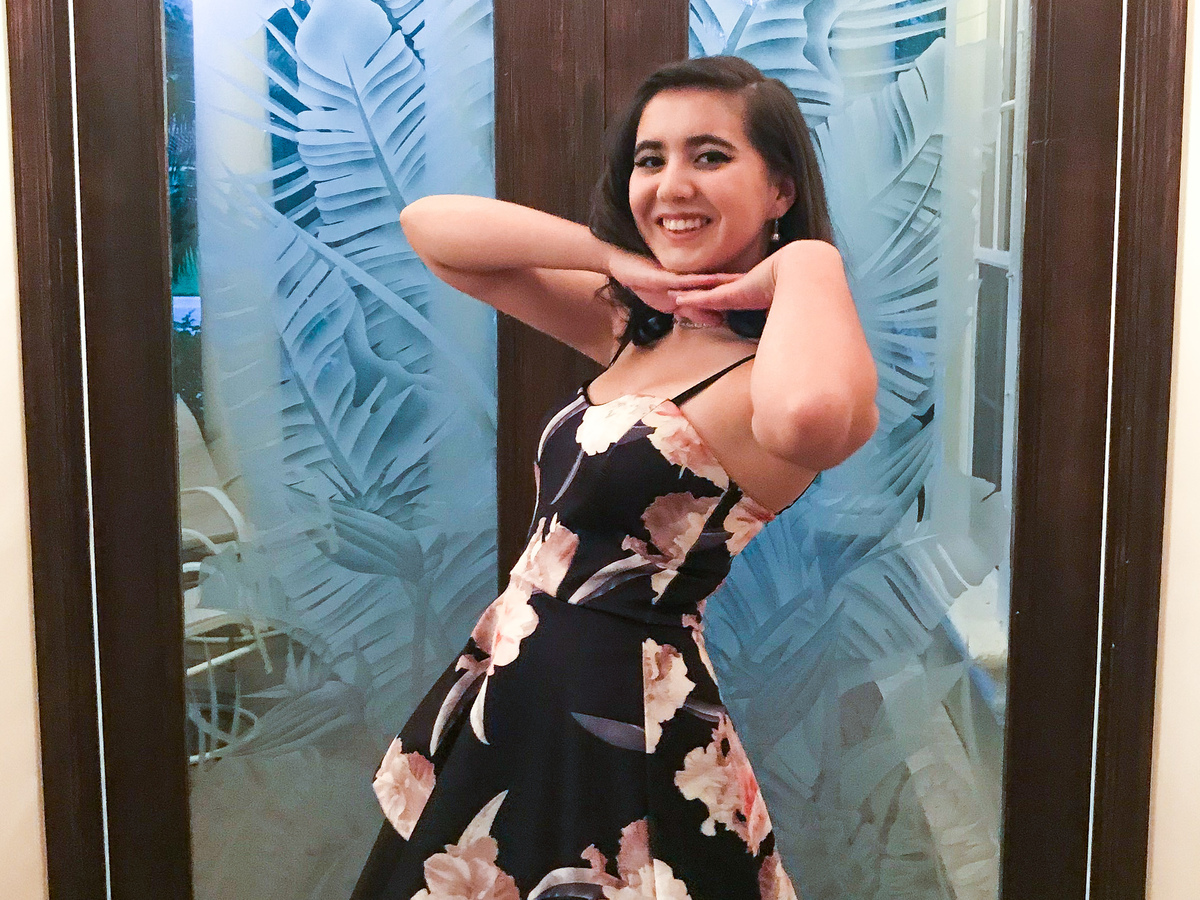 Carmen strikes a pose for her younger sister, Evelyn, before homecoming in the fall of 2017.

For Philip Schentrup, whose daughter Carmen was among the students killed at Marjory Stoneman Douglas High School in Parkland, Fla., each day brings the same, sharp pain. The same search for answers that don't come.

"To be honest, it's the same day I live over and over," he says. "Since February 14, this is every day. Every day of trying to hold yourself together."

"You search for normalcy, a 'new normal,'" he says, then pauses.

"I say those words. I don't really know what they mean yet."

It's been one month since the mass shooting at Stoneman Douglas.

Though for the survivors and families of the 17 victims, it can seem like aeons.

Carmen Schentrup was a high school senior, one week shy of her 17th birthday, when she was shot and killed in her AP psychology classroom.

Her parents, Philip and April, speak with soft wonder as they share memories of their daughter, who showed she was gifted from an early age.

"She learned how to read well before kindergarten," recalls April.

Philip, a tech executive, remembers coming home one day when Carmen was about three to find her holding a book. 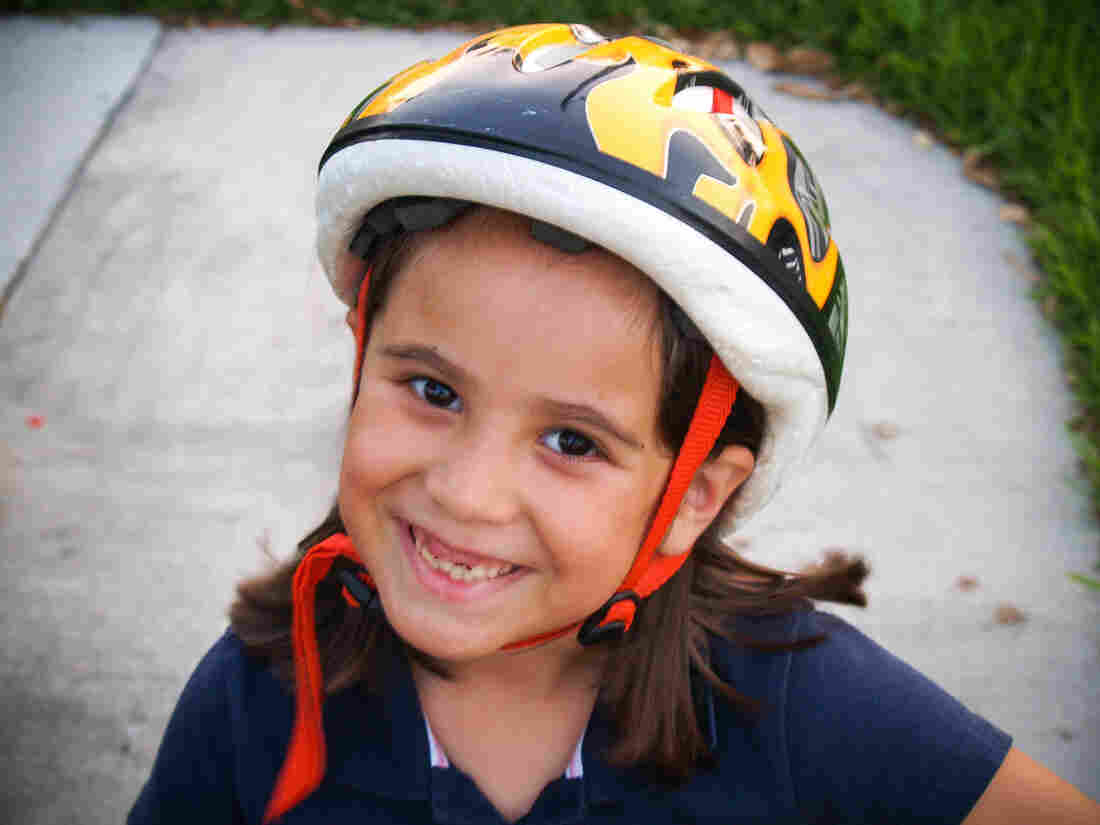 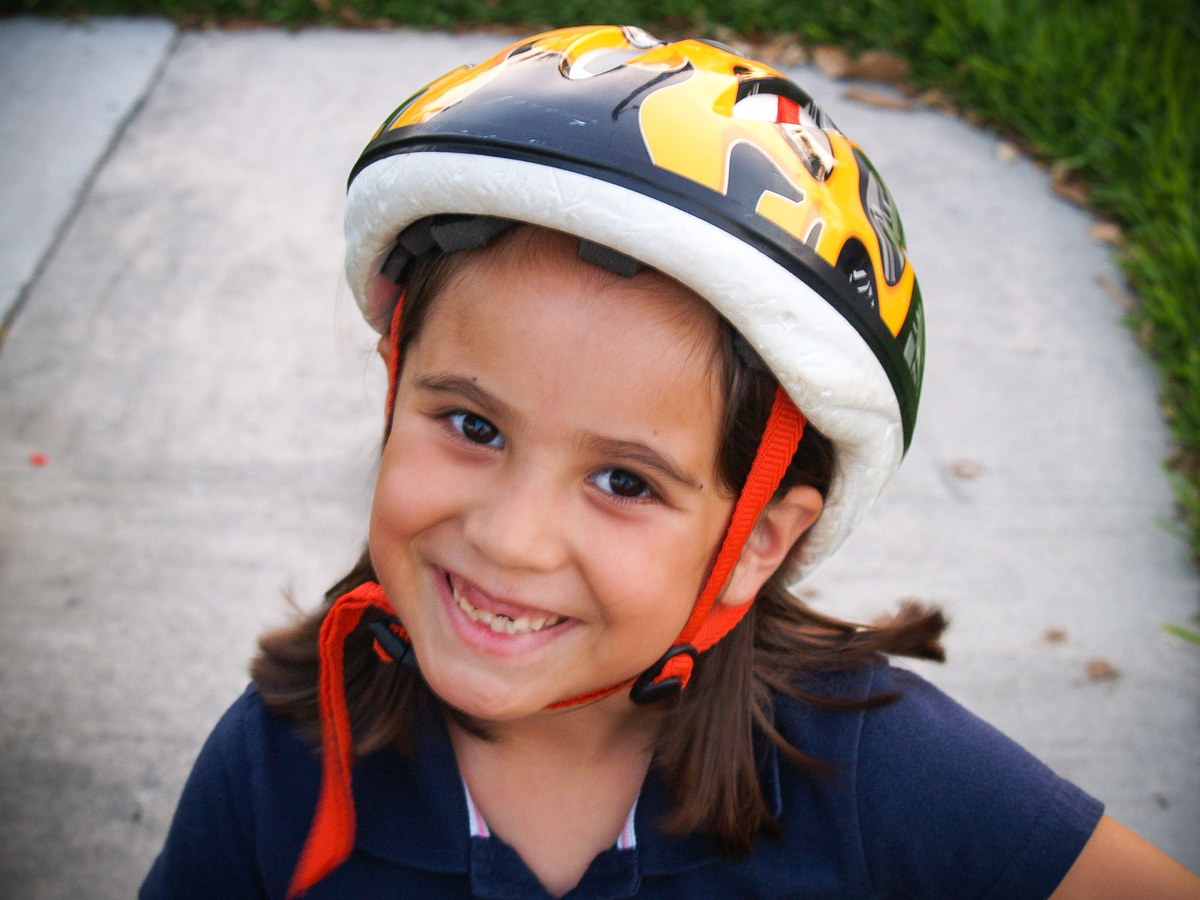 Carmen skipped a grade early on, and her parents say she never lost her strong sense of self-determination. "She'd ask a million questions," her father says. "She was driven by a curiosity about the world, and her place in it."

When Carmen decided she wanted to learn German, she taught herself.

She took on pre-calculus in a six-week summer session.

Her senior year in high school, she signed up for six Advanced Placement classes, even though her father suggested she lighten her load and have more fun.

Carmen devoured books – so many that her older brother Robert bought her an e-reader to lighten her load. She especially adored the Harry Potter series, identifying with the brainy character Hermione.

Carmen played guitar, violin and piano. "She would go online and find a song she loved and just practice until she did it," says her younger sister Evelyn, age 14. 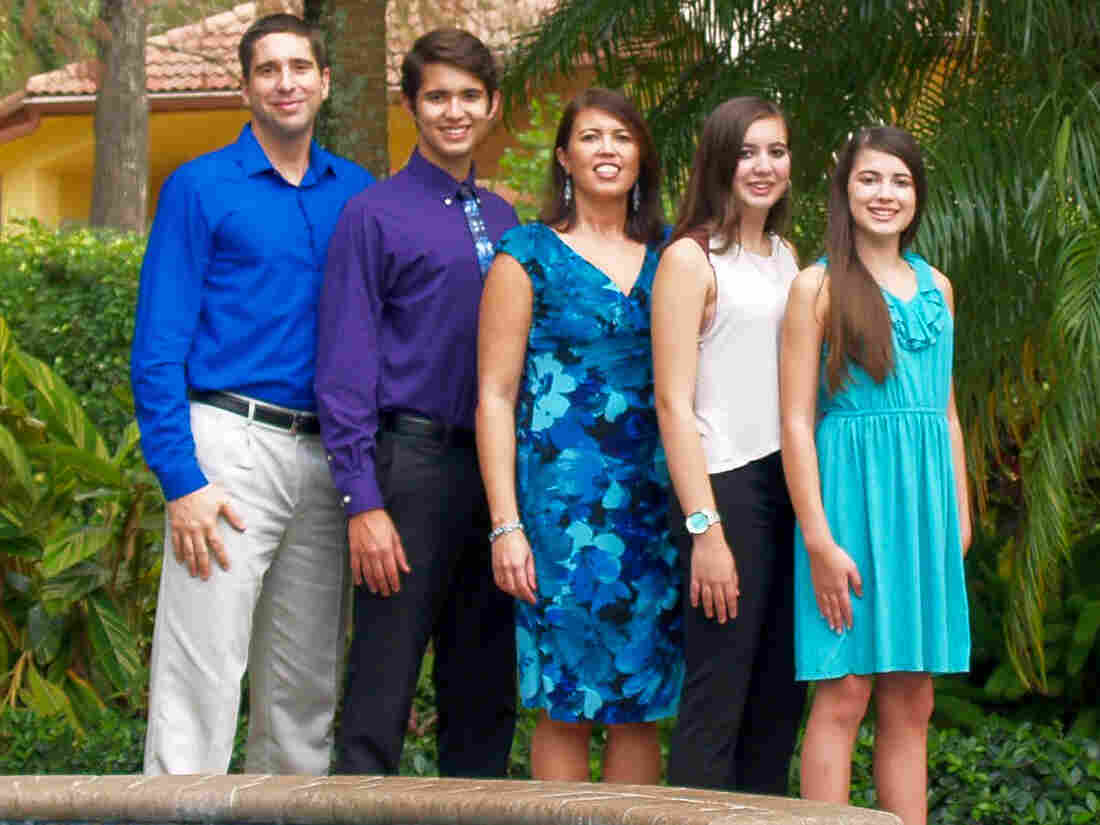 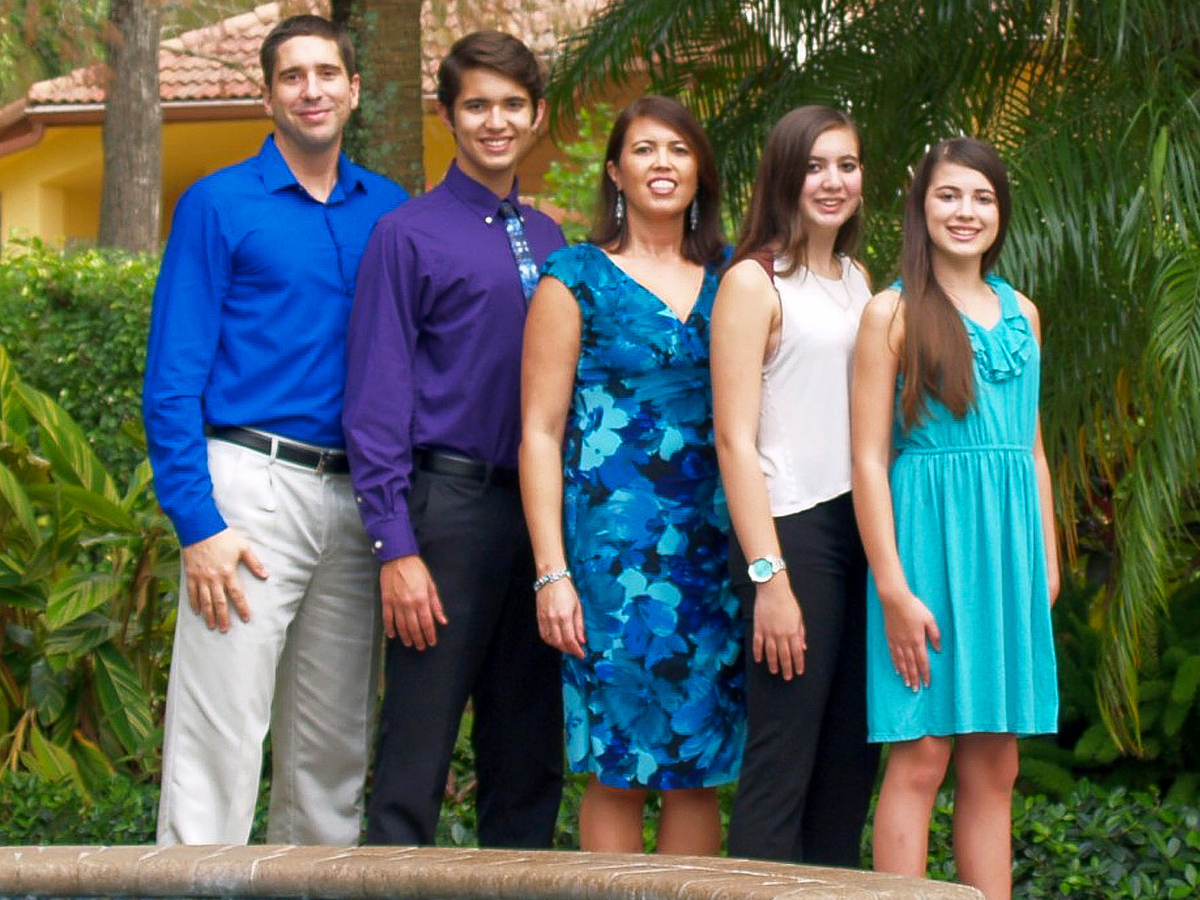 The Schentrup family in 2016: Philip, Robert, April, Carmen and Evelyn. Carmen was 15.

Robert, 18, a college freshman, highlights his sister's competitive streak. "She always wanted to be the one who came out on top when it came to academics," he says, "because I kind of had her beat in sports! She wanted to get into the best colleges she could."

At the time she died, Carmen had been accepted into the University of Florida's honors program, with dreams of becoming a medical researcher.

Up until now, the Schentrups haven't spoken to the media about the shooting. "We've always been private people," Phil explains. But they feel they can't stay silent any longer.

"We become immune to tragedy," he says. "We guard ourselves from it, we don't want to think about it. We want to make it an academic debate, because then we don't have to feel the pain and suffering of others. We wanted to speak up."

The family hopes that by their speaking out, others can better understand that suffering: its causes and consequences.

'I just want to know where my daughter is'

The day of the Parkland shooting, April Schentrup was at the nearby elementary school where she is the principal. The first hint she got that something was wrong was when she received a baffling text message from daughter Evelyn.

Very quickly, news started spreading that there had been a shooting at her daughters' high school.

The relief that freshman Evelyn was okay, was followed by panic.

She recalls the family's frantic search for information: calling friends, sending out messages on social media, driving from hospital to hospital searching for Carmen.

No one could tell them anything. "All I kept saying was, 'I just want to know where my daughter is,'" she says.

At one hospital, April was told by law enforcement officials, "We want to be honest with you, this was a mass shooting and there were multiple fatalities."

Late in the night, she received a devastating phone call from the sister of one of Carmen's classmates.

The conversation is etched in April's mind: "She said, 'I'm speaking for my sister, 'cause she can't speak. She saw your daughter get shot. And when rescue came, they didn't take her with them.'"

It would be 12 excruciating hours before an FBI agent finally confirmed to the Schentrups that their daughter was among the 17 dead.

"I think part of me just broke," April says, weeping as she recalls that moment.

As April breaks down, her children, Evelyn and Robert, lean in close, knitting their fingers around her hand.

Ultimately, the Schentrups learned what happened in Carmen's classroom that day.

The gunman shot out a window in the class door.

He stuck the barrel of his semi-automatic, assault-style rifle through and fired, bullets flying everywhere.

'It's unimaginable, but ... we need to imagine it'

Her father Philip's voice shakes with anger and grief as he speaks of the aftermath.

"People constantly say to me, 'I can't imagine what you're going through,'" he says. "Well you should. You should try to comprehend your daughter — who you are so proud of, and who was just beginning to live her life – being riddled by bullets. Being told, when the medical examiner gives the body back to the funeral home, 'You can't see her. We have to spend days working on her body. And maybe, maybe you'll be able to see her then.'"

"Think about that," Philip urges. "And then come tell me why we can't do things to keep our kids safe."

"It's unimaginable, but I think we need to imagine it," April says. "I know we need to act. We need to do something more than pray and console each other." 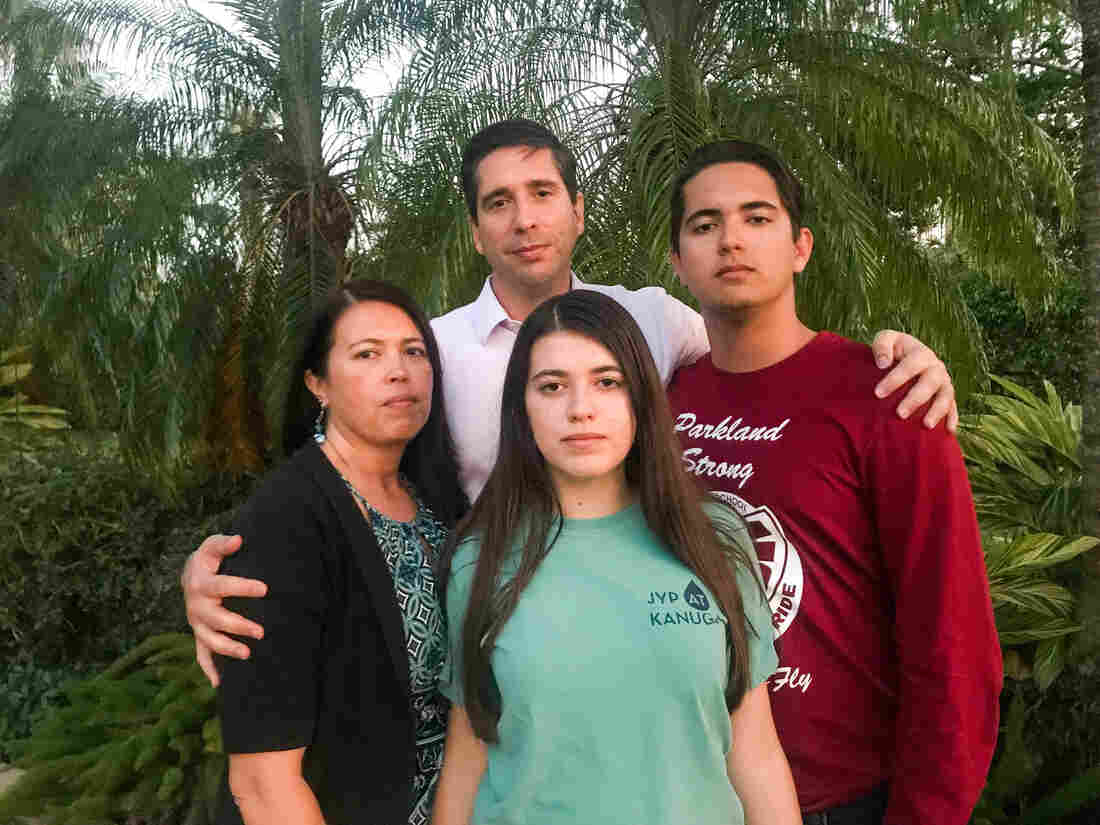 The Schentrup family stands for a group portrait outside their home in Parkland, Fla., on Tuesday. Melissa Block/NPR hide caption 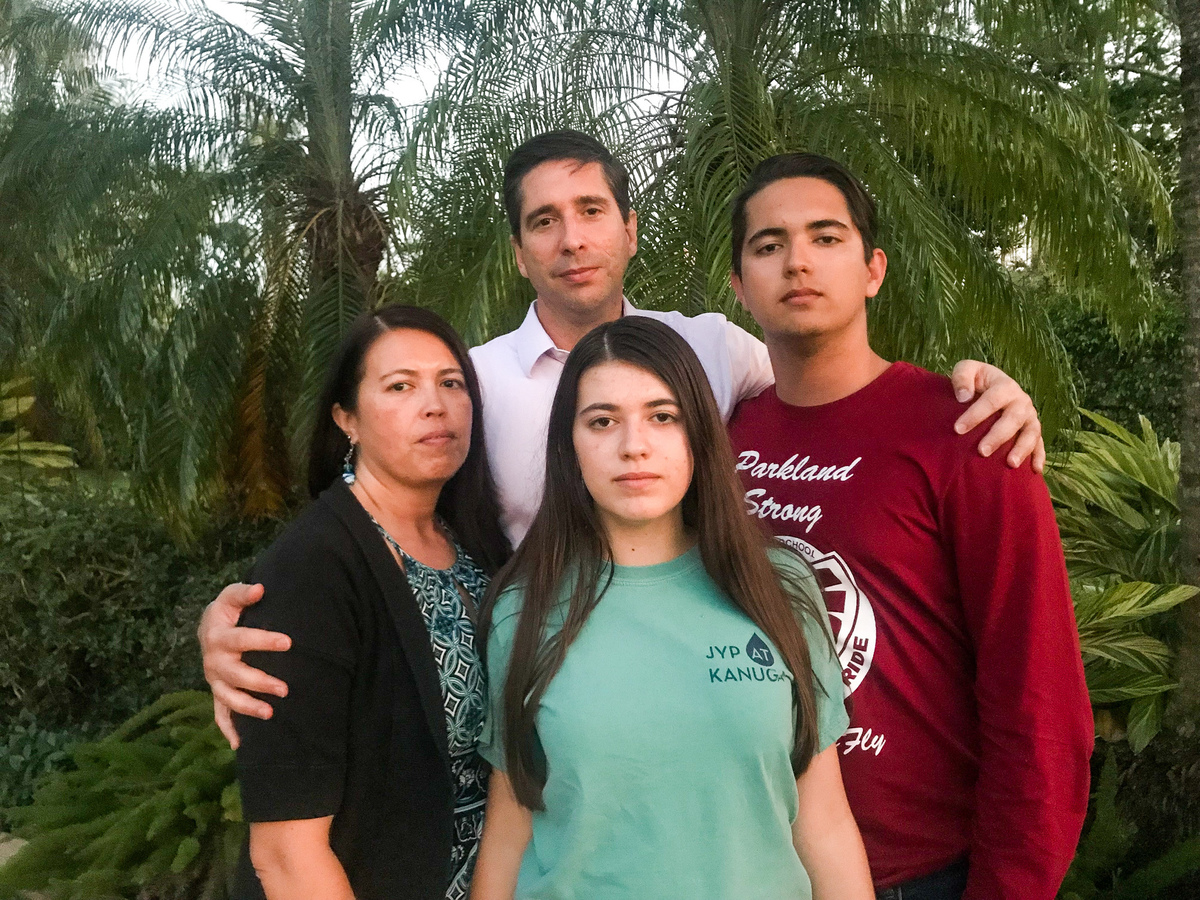 The Schentrup family stands for a group portrait outside their home in Parkland, Fla., on Tuesday.

With more urgency than ever before, the Schentrups support gun control measures such as banning the sale of assault-style weapons and high-capacity magazines.

They want to see loopholes in background checks closed.

They talk about their views with family members who are gun owners and NRA members, and admit that those conversations can be painful.

After Carmen was killed, Philip recalls what he heard from a close relative: "'Sorry, but this is the way it is. This is our second amendment right.'"

"On the other hand," April adds, "we had another family member right when this incident happened tell me, 'We have this type of gun in our home, and we no longer want it.'"

The Schentrups have little patience for the argument that it's the shooter that's the problem, not the weapon.

"You can say it's the man – sure," Philip says. "But in the end, if we allow him to have the gun that can fire indiscriminately large amounts of bullets, that's on us. We let that happen." 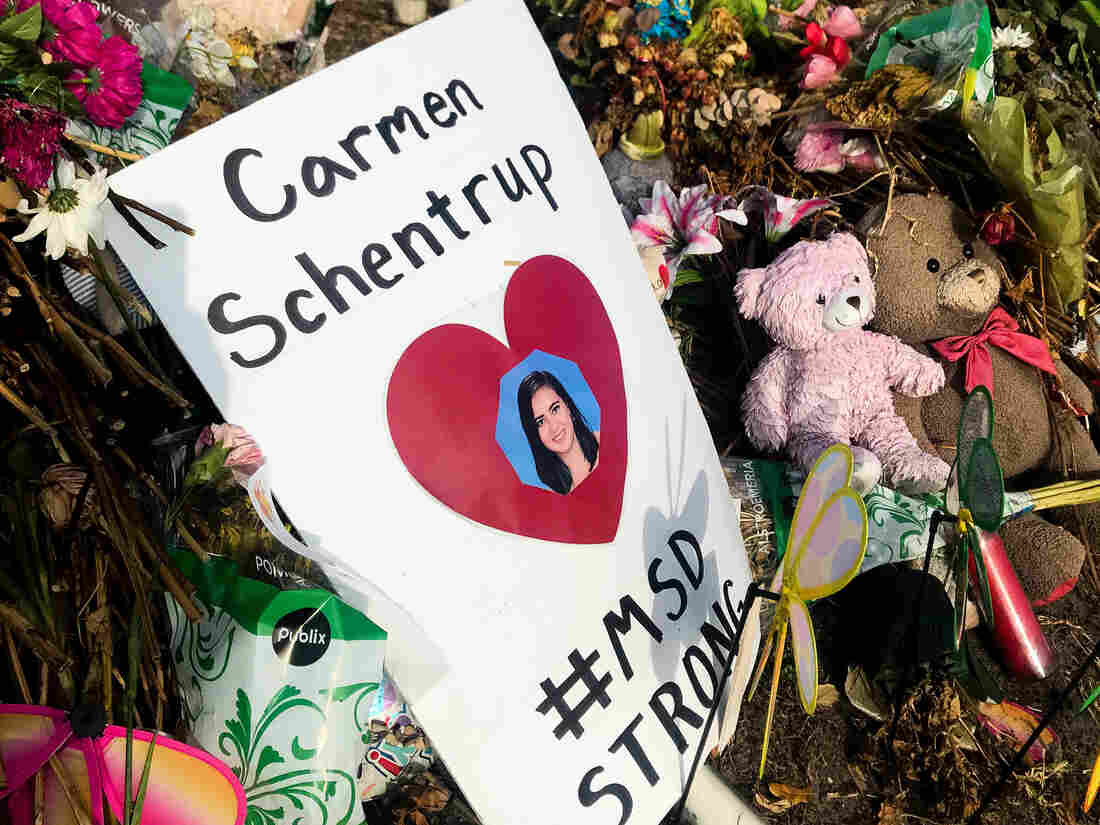 A makeshift shrine for Carmen Schentrup stands outside Marjory Stoneman Douglas High School. Hers is one of 17 shrines to the victims of the Parkland shooting. Melisa Block/NPR hide caption 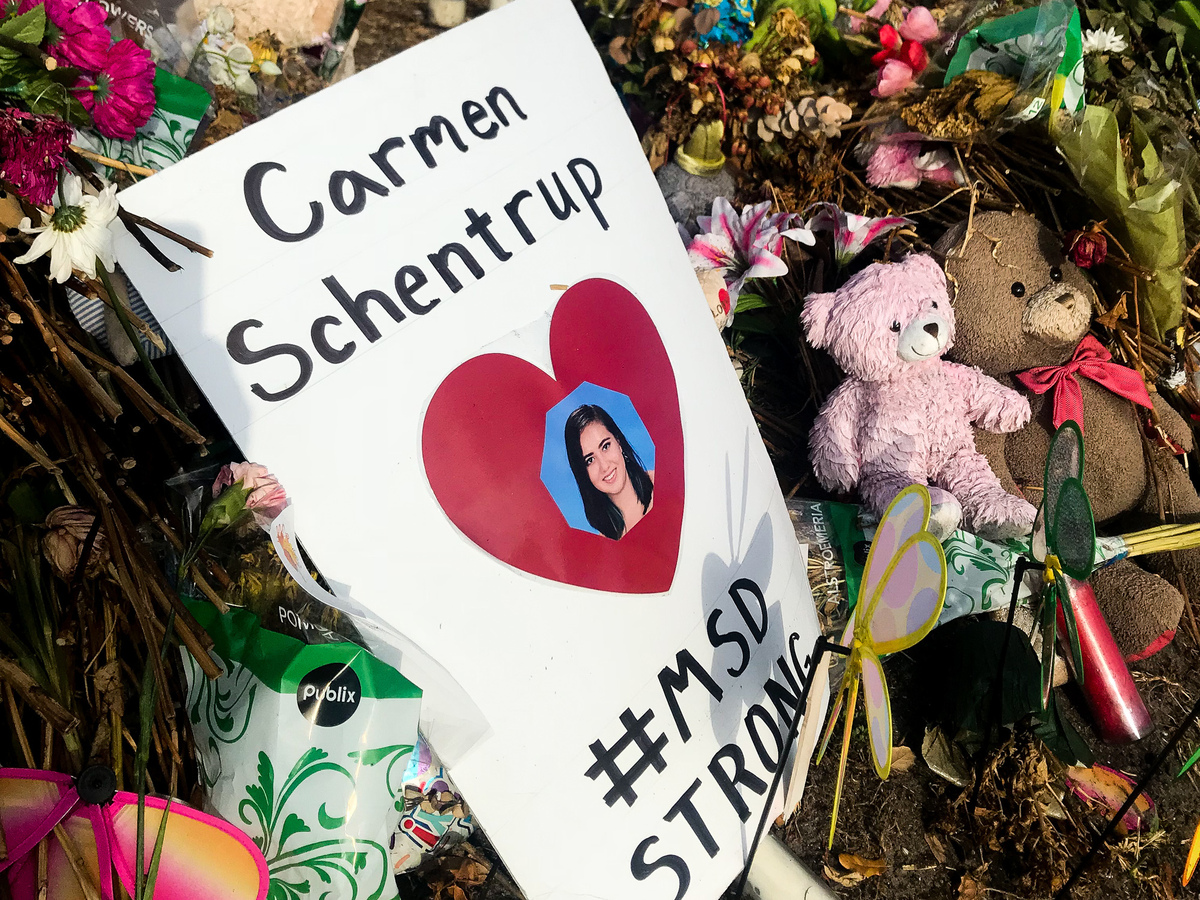 A makeshift shrine for Carmen Schentrup stands outside Marjory Stoneman Douglas High School. Hers is one of 17 shrines to the victims of the Parkland shooting.

On March 24, the Schentrups will travel to Washington, D.C. for March for Our Lives, a protest calling for stricter gun regulation.

They'll be joined by many other Parkland families, as well as clergy and members of their Episcopal church, St. Mary Magdalene of Coral Springs, Fla., where Carmen was a youth group leader.

The Schentrups have never considered themselves activists; this will be the first time they've taken part in a protest.

They'll be adding their voices to a chorus of demands that political leaders act to reform gun laws. "I see this as trying to make the world a better place for my kids who are still here," Philip says.

As inspiration, the Schentrups give credit to the Parkland students who have created a nationwide movement around this issue.

Their strength has become hers, April says.

"It was hard in the beginning, and it's still hard," she says, her voice trembling, "because we miss [Carmen]. But missing her doesn't feel like enough any more."