Accessibility links
Kelela On Taking Herself Apart The Washington, D.C.-born R&B singer, whose debut studio album landed on many critic's lists of the best music of 2017, says music taught her to be fearless. 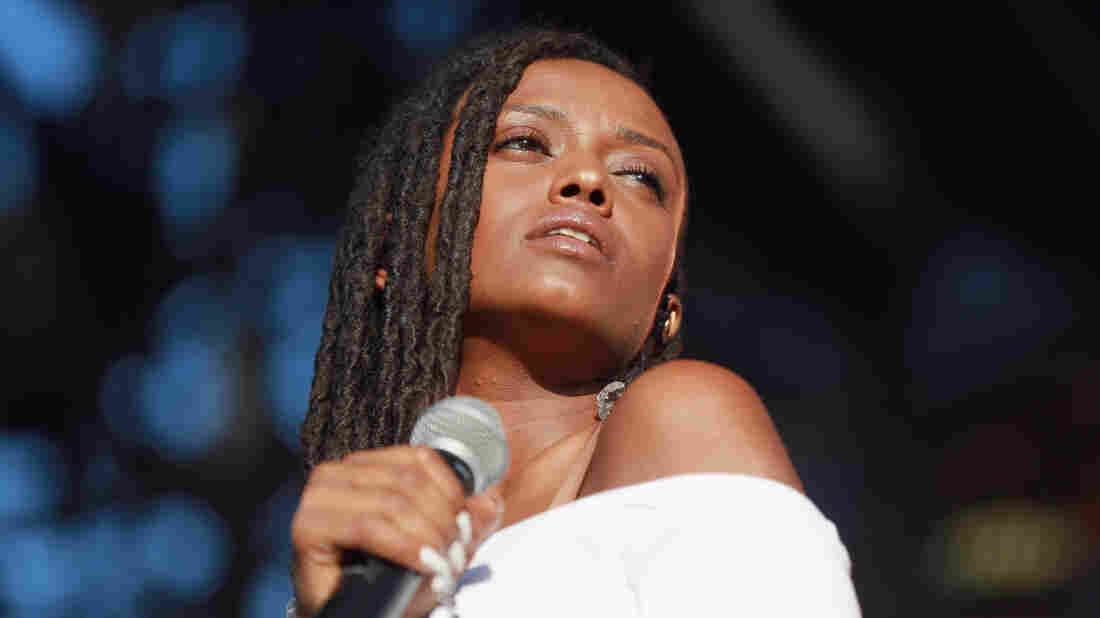 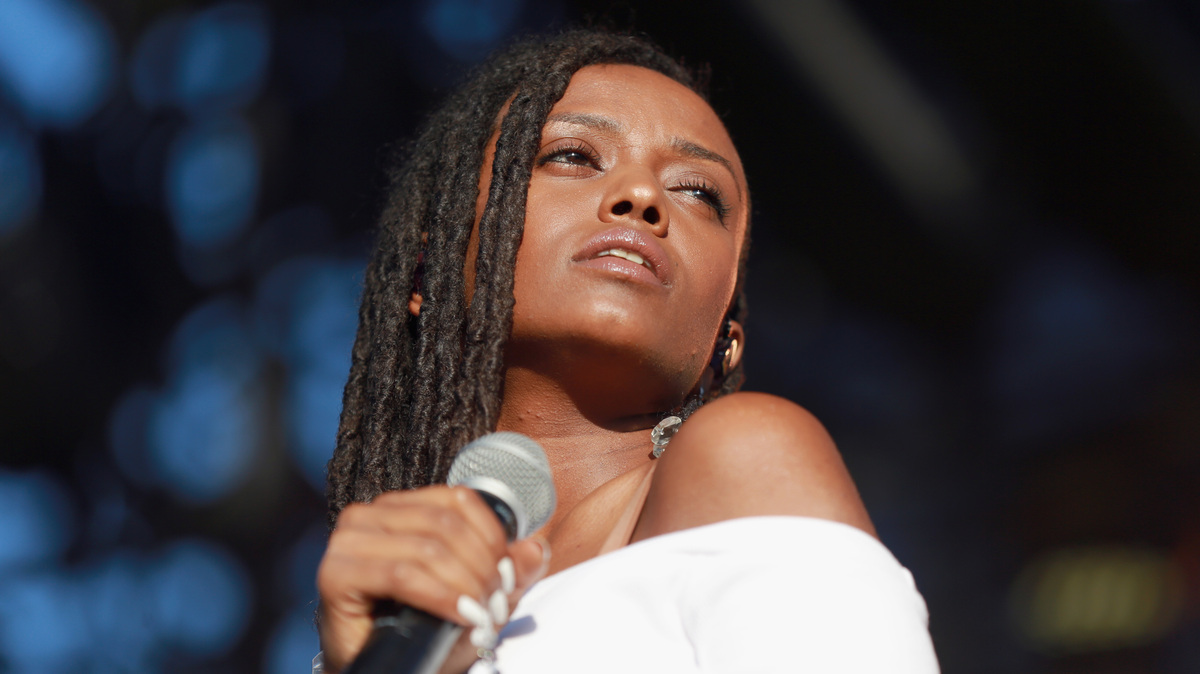 Before she was painted alongside Duke Ellington in a Washington, D.C. mural, Kelela was the daughter of Ethiopian parents, growing up in the DMV suburbs. As a kid, she took violin lessons. She soon moved on to experimenting with punk and heavy metal as well as singing jazz. Eventually, she settled on her signature electronic R&B sound. All these genre influences can be heard on her debut album, 2017's Take Me Apart, a project that topped many of the year's best-of lists.

Kelela Lives Out A Sims Fantasy In 'Frontline' Video

The title track is a traditional R&B love ballad with jazz scatting, laid over fuzzed-out synths and deep, bubbling beats. Kelela says she used her "jazz muscles" to write the song. "For that to be inserted into a club and electronic music context is one of the pillars of what I'm trying to do in the world," she says.

The singer says most of her inspiration in music has come from by women who took risks. She cites Erykah Badu's Mama's Gun and Lauryn Hill's MTV Unplugged No. 2.0 as two examples of artists committing themselves to vulnerability and saying what "no one is saying."

On "Altadena," the album's closing track, she recites a kind of mantra, a reminder of one's belonging in the world: "Nothing to be said or done / There's a place for everyone." Kelela says when she sings "Altadena" at shows, she sees the faces of fans fill with peace from being heard and seen — and that that kind of hope and healing is the best case scenario for her work as an artist. "Everyone looks like, 'Thank you so much for seeing me. I'm really out here trying,' " she says.

Kelela spoke with NPR's Ari Shapiro about the themes of Take Me Apart and remaining authentic in her emotional expression. Hear their conversation at the audio link.