Accessibility links
Pop Culture Happy Hour: Talk Shows With Guy Branum We've wanted to spend some time talking about talk shows — not just hosts, but guests, too — for a while now. We got the perfect opportunity when Guy Branum came to town. 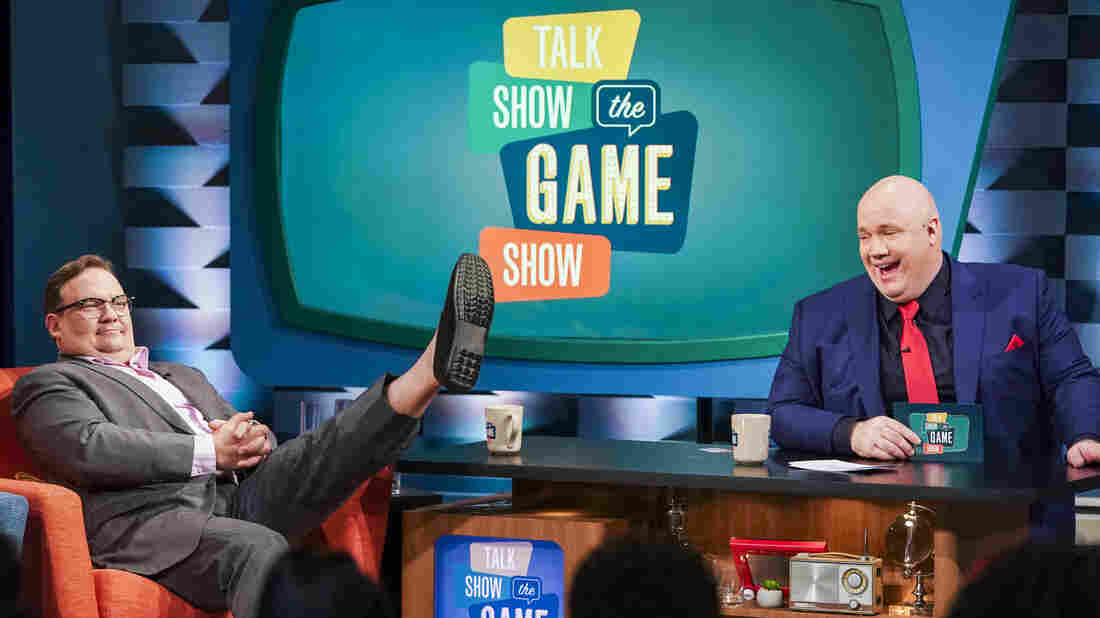 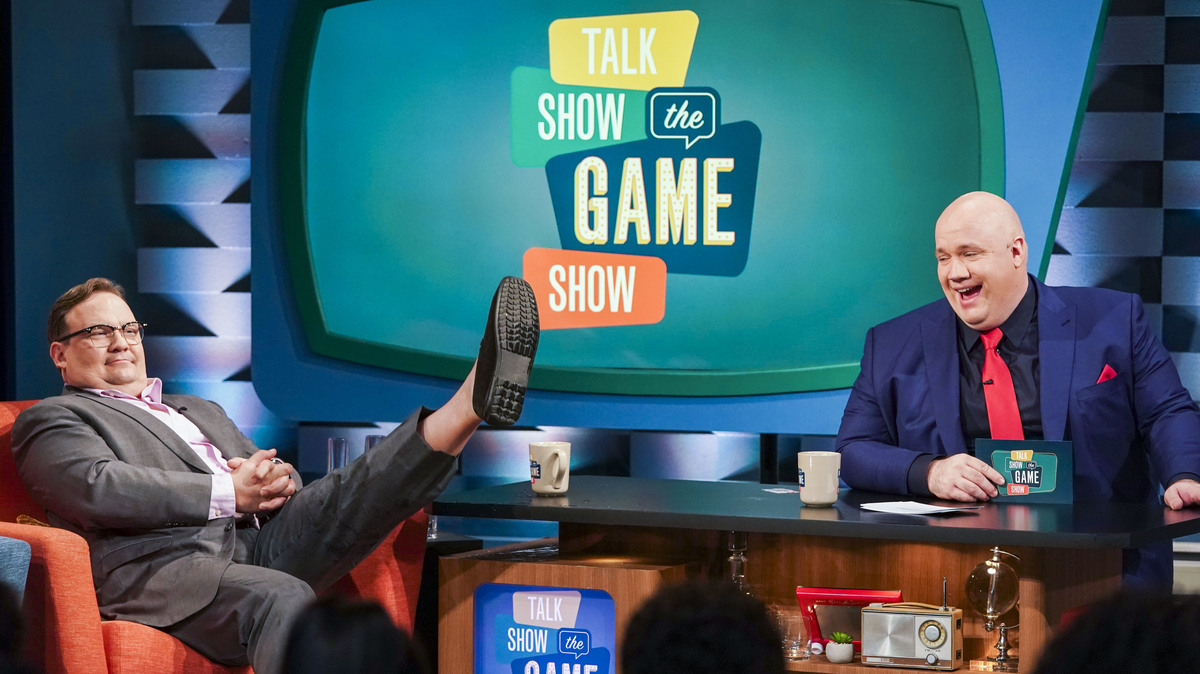 Comedian Andy Richter and Guy Branum, the host and creator of Talk Show The Game Show.

Talk shows have been around for decades upon decades. Nerdy ones, silly ones, in late-night and daytime, shows that feature people in conversation have long been both adored and ridiculed. And the skill involved in being the perfect talk show guest has now been turned into a game show in truTV's aptly named Talk Show The Game Show. Its host, Guy Branum, is also the host of Maximum Fun's pop culture podcast Pop Rocket and the author of the upcoming book My Life As A Goddess.

We talked to Guy about how you become a good guest — in real life and on his game show. We talked about classic shows and modern shows, and we expressed our appreciation for some of the hosts we believe to have, as they say, the most.