Accessibility links
'The Sparsholt Affair' Finds Truth Somewhere Between Satire And Sentiment Novelist Alan Hollinghurst's latest chronicles changing attitudes towards homosexuality in Britain through the stories of a closeted gay man — and later, his son — in the decades after World War II.

'The Sparsholt Affair' Finds Truth Somewhere Between Satire And Sentiment

'The Sparsholt Affair' Finds Truth Somewhere Between Satire And Sentiment 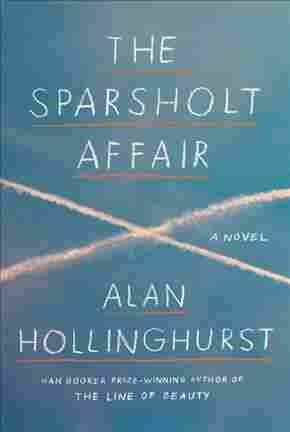 One of the most frequently hailed signs of social progress in the last 50 years is the growing acceptance and mainstreaming of homosexuality in the Western world. No novelist has chronicled this salubrious sea change in cultural attitudes more beautifully than Alan Hollinghurst. Beginning with The Swimming-Pool Library in 1988 and continuing through The Sparsholt Affair, Hollinghurst's grand literary project has been nothing less than to convey the changing status of homosexuality in British society in the last century.

Like his previous book, The Stranger's Child (2011), Hollinghurst's sixth novel is epic, elegant, and intricately constructed, with much of its drama occurring off-page, in the interstitial years between chapters. Left to fill in the gaps by piecing together carefully planted tip-offs, readers are given a satisfyingly active role in the narrative construct.

The book opens in 1940 at Oxford University, where a group of mostly male undergraduates gallantly carry on with their literary club meetings and fine china teas as the war escalates and the Blitz threatens to obliterate their family homes. Waiting to be called up for military service, they serve on fire-watch duty during nightly blackouts and sneak off to work in clandestine wartime intelligence under the guise of visiting ailing aunts.

Meanwhile, like undergraduates everywhere, they obsess about their various romantic crushes, male and female. David Sparsholt, a spectacularly handsome young newcomer built "like a Greek god," ignites curiosity and fancy as they ogle him lifting weights in his room across the dusky courtyard, just before blackout curtains come down to block the view.

The second chapter leaps forward a quarter century, at first disorientingly, to a summer holiday in Cornwall. The year is 1966, and the significance hits home later: It's just a year before homosexuality was decriminalized in the UK by the Sexual Offences Act of 1967. The focus is now on teenaged Johnny Sparsholt, lusting after his visiting French exchange student, who — to his disappointment — has become besotted by girls in the year since they met in France. Johnny, born in 1952, is the somewhat belated only child of David and Connie Sparsholt, whose relationship survived the war, though not without issues. David, a still-striking war hero and successful engineering industrialist, is out most nights and weekends, purportedly on business. "Yes," his wife complains to a friend with typical freighted circumspection, "I don't always feel I have his undivided attention."

The remaining chapters — set in 1974, 1995, and 2012 — hew closely to Johnny, whose last name is irrevocably linked to a scandal involving his father in the late summer and early fall of 1966. (We learn of this very public disgrace obliquely, years after the fact, when Johnny — now a long-haired, openly gay, fledgling portrait artist based in London — falls in with an artsy circle, some of whom knew his father at Oxford.)

An overarching theme of 'The Sparsholt Affair' is the quest for love, often driven by "the feared and lurking strain of loneliness."

An overarching theme of The Sparsholt Affair is the quest for love, often driven by "the feared and lurking strain of loneliness." Johnny's odyssey encompasses awkward one-night stands; revels at gay nightclubs amped up on loud music, half-naked men, and coke; the domestic comforts of long-term partnerships; and the unexpected possibilities of new configurations of parenthood. Chance, temptation, time, loss, and change mark the decades.

As we've come to expect from the Booker-winning author of The Line of Beauty, Hollinghurst builds an intricate web of relationships with stately Jamesian precision and nuance. The Sparsholt Affair is filled with what Johnny, describing some Whistler paintings, calls "small miracles of observation." Although he lingers longer than you might wish on some scenes, Hollinghurst's exquisite prose rewards patience and close attention. A dashed date is "a silver promise that tarnished in seconds in the air." A May-December couple whose long relationship has run its course "moved round each other, poured drinks and shook out the newspaper, to a faint, strange sound, the hum of unvoiced thoughts."

At one point, Johnny reflects on a commission for an unpleasant family who remind him of the year "everything went wrong" between his parents. He's dissatisfied with their finished portrait because he feels he has "failed as both eulogist and satirist." Hollinghurst, who has tread the line between satire and sentiment in all his novels, understands that the truth lies somewhere in between, and knows how tricky it can be to find the right balance. In The Sparsholt Affair, he has tilted toward the heartfelt, to moving effect.