Accessibility links
Making Musical Connections At Sing Sing Prison Since 2009, the maximum security prison has been home to music workshops put on by Carnegie Hall and led by some of New York City's top musicians. 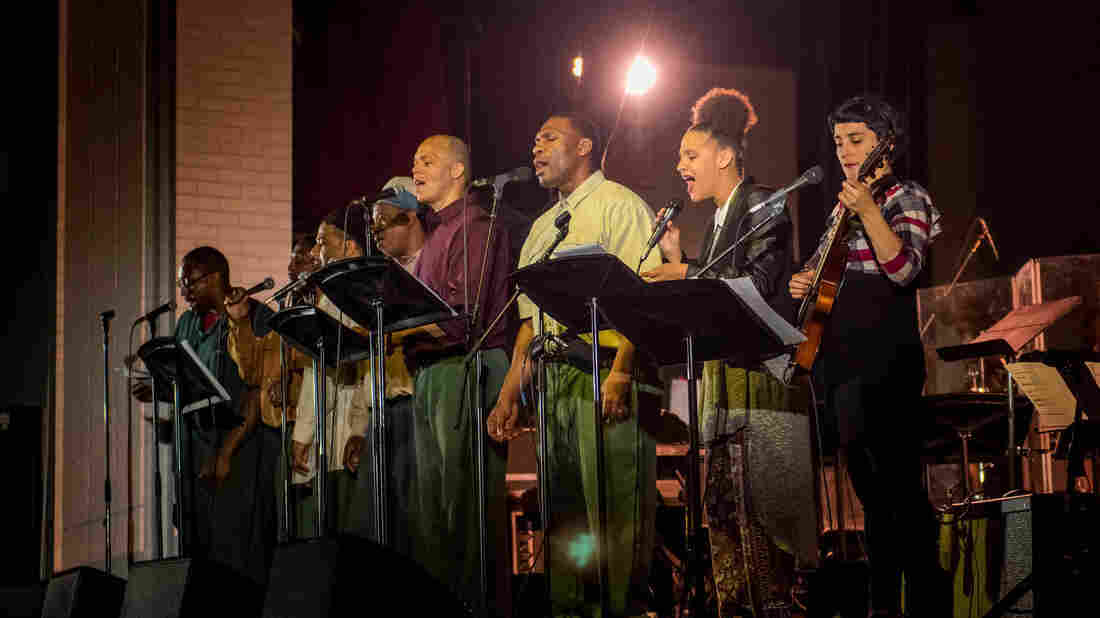 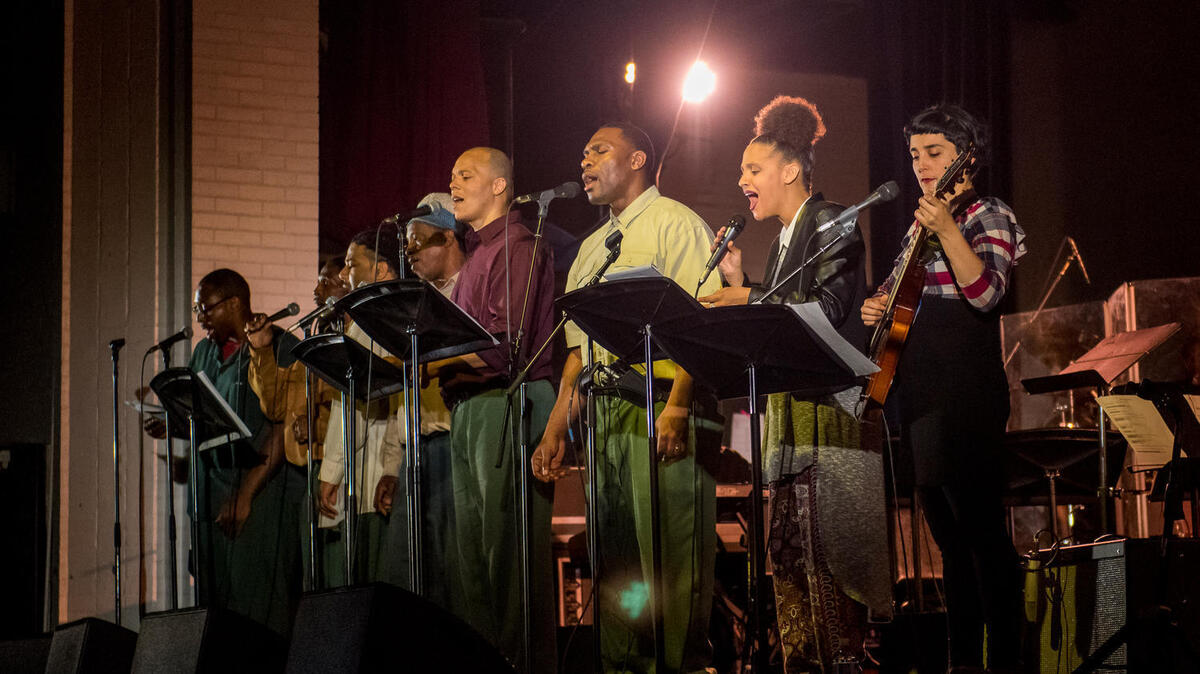 Sing Sing Correctional Facility is not the sort of place you'd expect to find a flourishing music community, but a workshop run by Carnegie Hall offers inmates the ability to learn in harmony. Twice a month, artists from New York City travel to Sing Sing and spend a day giving 30 inmates enrolled in the Musical Connections program formal training.

Joe has now been in the program for four years. He studies music theory and is working with opera singer Joyce DiDonato on an opera score of his own.

The program is run by Carnegie Hall's Manuel Bagorro, who oversees similar programs in shelters and community centers and says music is a form of rehabilitation for the participants.

"People have come together, they play together," Bagorro explains. "They negotiate artistic decisions. They sort out problems, but all with enormous affection for music."

The inmates take these negotiation and problem-solving skills with them after being released. Danny, a former Sing Sing inmate, was released three and a half years ago after seven years in the prison system. He learned the violin and started writing music thanks to the program and says that being a part of it changed the way he sets and accomplishes goals for himself.

"I was able to take that same drive and the same dedication that it takes to learn a musical instrument and to compose into other areas of my life," Danny says.

Kenyatta, another member, has be in Musical Connections since it started nine years ago and knows the craft he's learned has helped him open up to others. "This really has been pivotal in helping me," Kenyatta says.

Kenyatta will be eligible for parole next year, but for the members of the workshop who have been released from Sing Sing, Carnegie Hall hosts a monthly meeting moderated by jazz trombonist Chris Washburne. Washburne says this is just the beginning.

"I'm trying to tell these guys, 'Let's think as big as possible,'" Washburne explains. "So, our next goal is to write a bunch of music and take it back into the inside and make a real musical connection from the outside to the inside."

Listen to the story in the audio link and stream to the song "Holding Out Hope" by Musical Connections program member Kenyatta below.