Accessibility links
The Russia Investigations: What Does Devin Nunes Know? When Nunes and his House intelligence committee concluded there was "no evidence of collusion, coordination or conspiracy," which Nunes was speaking: the intelligence insider or the party loyalist?

The Russia Investigations: What Does Devin Nunes Know?

The Russia Investigations: What Does Devin Nunes Know? 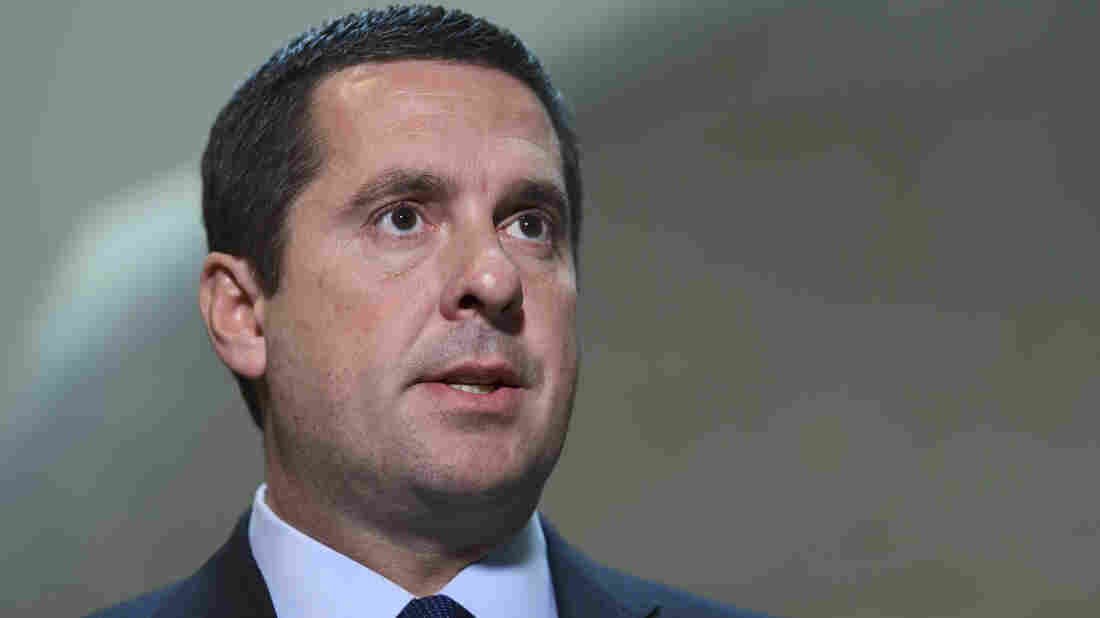 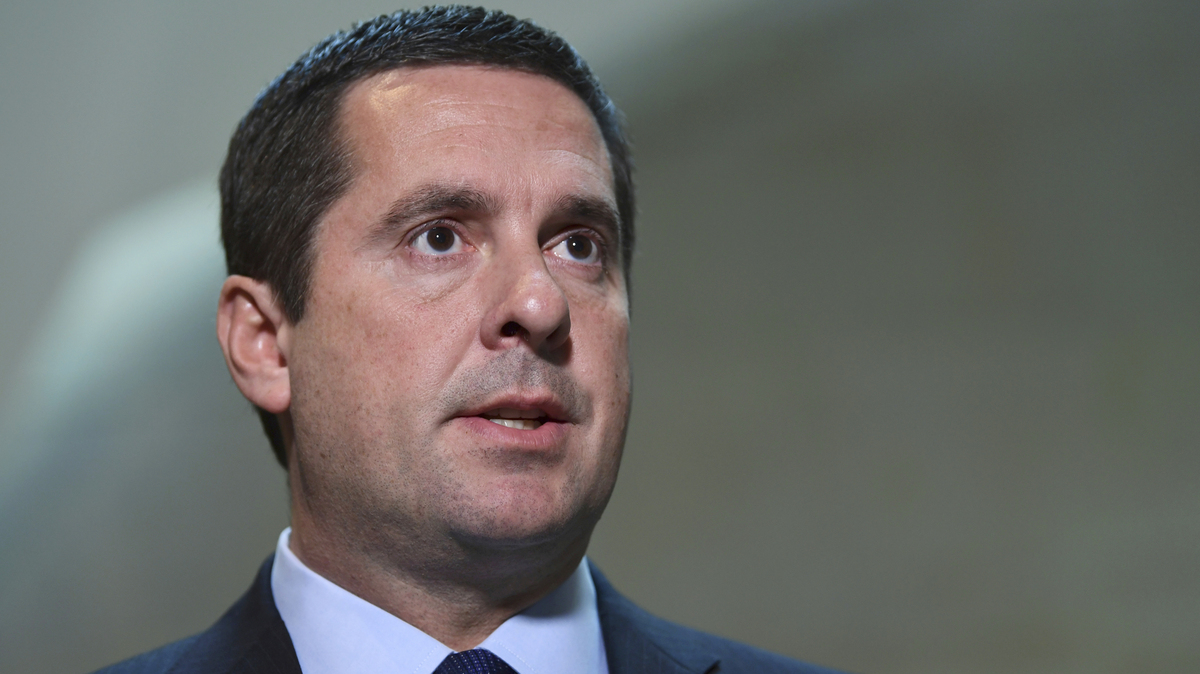 This week in the Russia investigations: Republicans on the House intelligence committee give President Trump a clean bill of health; Democrats say not so fast. It's a dispute over the basic nature of the Russia imbroglio.

What does Nunes know?

The chairman of the House intelligence committee, Rep. Devin Nunes, R-Calif., enjoys access not only to a huge breadth of information from America's spy agencies but also to some of their deepest secrets. He doesn't need to rely on press reports.

At the same time, he is an ally of President Trump, a supporter of House Speaker Paul Ryan, R-Wis. — to whom he owes his chairmanship — and a politician with strong conservative views.

House Intel Republicans Have Cleared Trump. So Are The Russia Investigations Over?

So when Nunes and his House intelligence committee concluded this week that there was "no evidence of collusion, coordination or conspiracy" between the Trump campaign and the Russian attack on the 2016 presidential election, which Nunes was speaking: the intelligence insider or the party loyalist?

The chairman is in a position to know what the U.S. intelligence community knows about the Russia matter, beyond tittle-tattle in the newspapers and into the secret evidence including signals intelligence and the reports from human sources.

And it would be political malpractice for him not to continue advocating for his own president in the way he has from the very earliest phase of the House committee's investigation.

So it's telling that, in this context, Nunes considers this moment opportune.

There probably is no certified letter from Trump to Russian President Vladimir Putin that says, "Dear sir — In exchange for your help in the election, I vow to govern as president in ways that benefit you" — and who knows whether there is any smoking-gun-type evidence.

Well, Nunes is among those who might know. Very little of the rest of the evidence in the Russia case is clear-cut.

There may never be an independent account, for example, of what took place in the June 2016 Trump Tower meeting at which Donald Trump Jr. hosted a delegation of Russians after an email offer that described Moscow's desire to support the Trump campaign. Maybe there'll never be a recording or a trustworthy transcript that sheds any light on whether other Trump campaign aides might have conspired when they had their contacts with Russians in 2016.

What does it all add up to? In clearing Trump, Nunes and the House intelligence committee are not only stating there is no such evidence today, but also that there never will be.

Democrats have alternatively fumed about this conclusion and mocked it, including frequent Trump critic Rep. Ted Lieu, D-Calif.

You are going to look mighty stupid if your partisan report actually says these Russians weren't helping Trump. https://t.co/oklICvjZpu

They say Nunes and the committee's GOP majority won't even ask the questions — of witnesses or by way of documents and other materials — that might result in the answers they don't want to hear.

There have been some indications that members of the House intelligence committee might have a little gambler's remorse about their play: A few broke from another of Nunes' conclusions, that the U.S. intelligence community was wrong in assessing that Putin's active measures were aimed at supporting Trump.

Trying to sell that message and the big one exonerating the president might have been a bridge too far, as some members told Politico's Kyle Cheney.

But the big one is the most important and it came through — and will again whenever the committee's full report appears publicly. The House intelligence committee also has put itself in a position to be able to criticize the other investigations of Russian election interference that continue, both on the Senate side and by Justice Department special counsel Robert Mueller.

"We looked at this, found nothing, and completed our work," the House committee's GOP majority can say. "Anyone else who continues to probe Russia must be doing so out of partisan animus and needs to give up this scurrilous fishing expedition."

That is a gamble, however. If the House committee has decided it will not learn anything new that changes the state of play, what if the Senate or Mueller's office does?

The bottom line: Nunes and Rep. Mike Conaway, R-Texas, and their colleagues get all this — which is why their decision and announcement this week are so significant. They understand the political implications for them and Republicans of getting it wrong. Still they proceeded, and that confidence could say a lot about the Russia imbroglio: Maybe this is all there is to it.

If the Republican view is correct and that all there is to be known about the Russia case is already known, that's good news for them and great news for Trump, although it doesn't necessarily nullify every potential danger.

Some Democrats, for example, argue that what is known already about contacts before and after Election Day 2016 amount to prima-facie evidence of conspiracy. Mueller could make out charges based on that interpretation.

There is also a school of thought that there is a case hiding in plain sight against Trump and aides involving campaign finance law, which bars Americans from accepting "anything of value" from foreigners in an election. 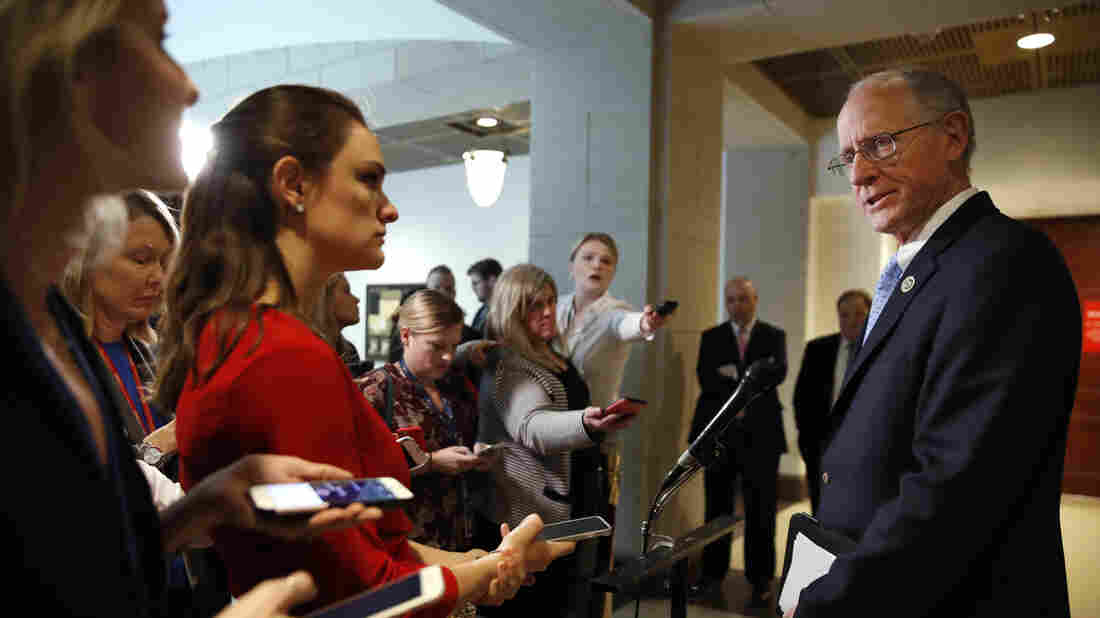 Rep. Mike Conaway, R-Texas, says the worst that can be said about Trump campaign advisers is that they were guilty of "bad judgment" in their interactions with foreigners. Jacquelyn Martin/AP hide caption 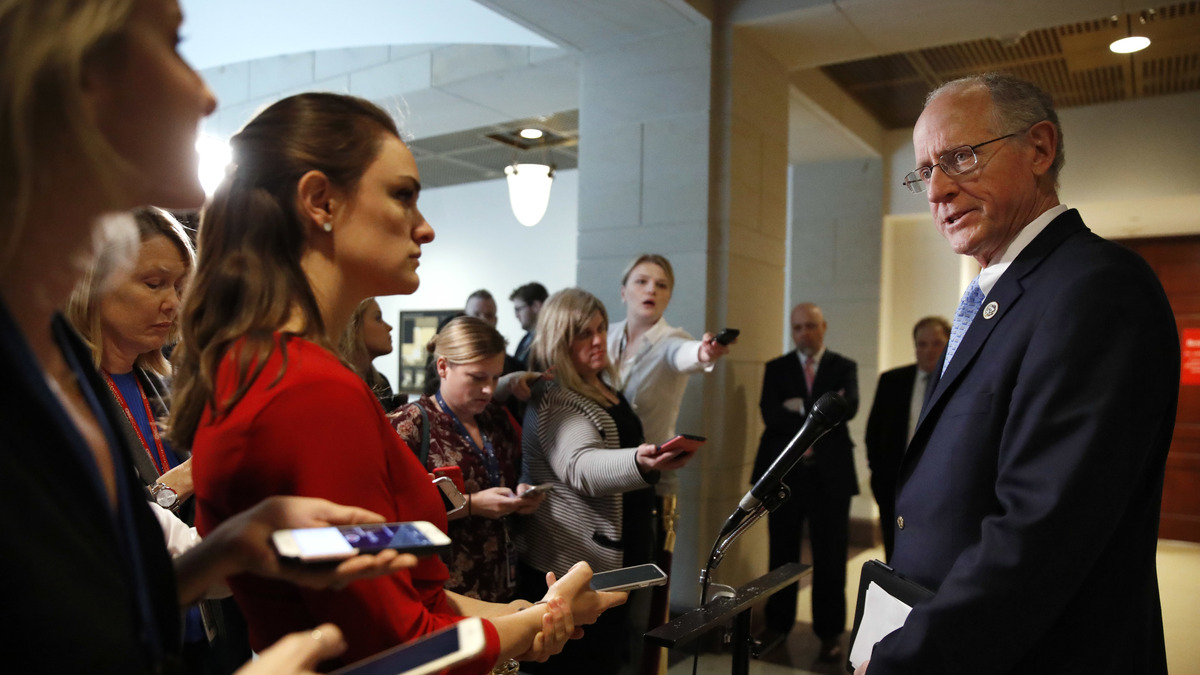 Rep. Mike Conaway, R-Texas, says the worst that can be said about Trump campaign advisers is that they were guilty of "bad judgment" in their interactions with foreigners.

Conaway, for his part, says the worst that can be said about Trump campaign advisers is that they were guilty of "bad judgment." With the books closed on the House Russia investigation, the way is clear for him and his colleagues to go on offense.

That means Conaway and his Republican colleagues have set the table to reject any potential new Mueller prosecutions as baseless or political. In the Senate, Judiciary Committee Chairman Chuck Grassley, R-Iowa, renewed along with his compatriots the call for a second special counsel to investigate the circumstances that led to Mueller's appointment.

None of this means that if the facts change in the Russia case, either with indictments against more Russians or more Americans, the political state of play won't change again.

It does suggest, though, that whatever Nunes has seen within the classified world it made him confident enough to bet on shifting his Russia train onto a siding.