Accessibility links
With Centrist Democrats' Success, Party's Identity Struggle Gets More Complicated Having centrists like Conor Lamb from southwestern Pennsylvania in the party can conflict with the increased progressive activism energizing Democrats against President Trump. 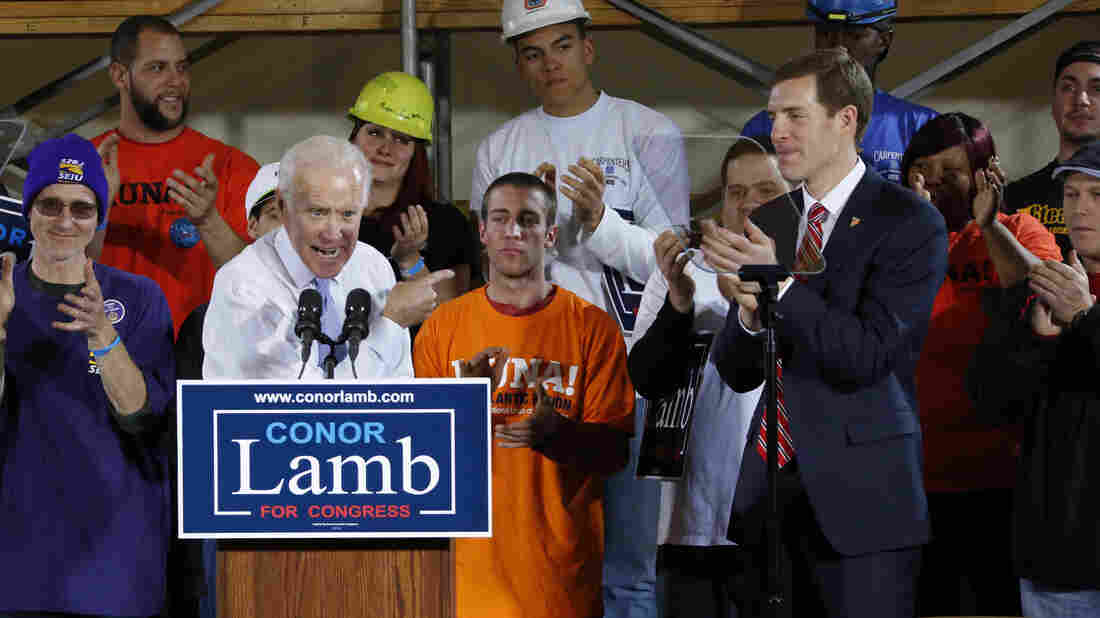 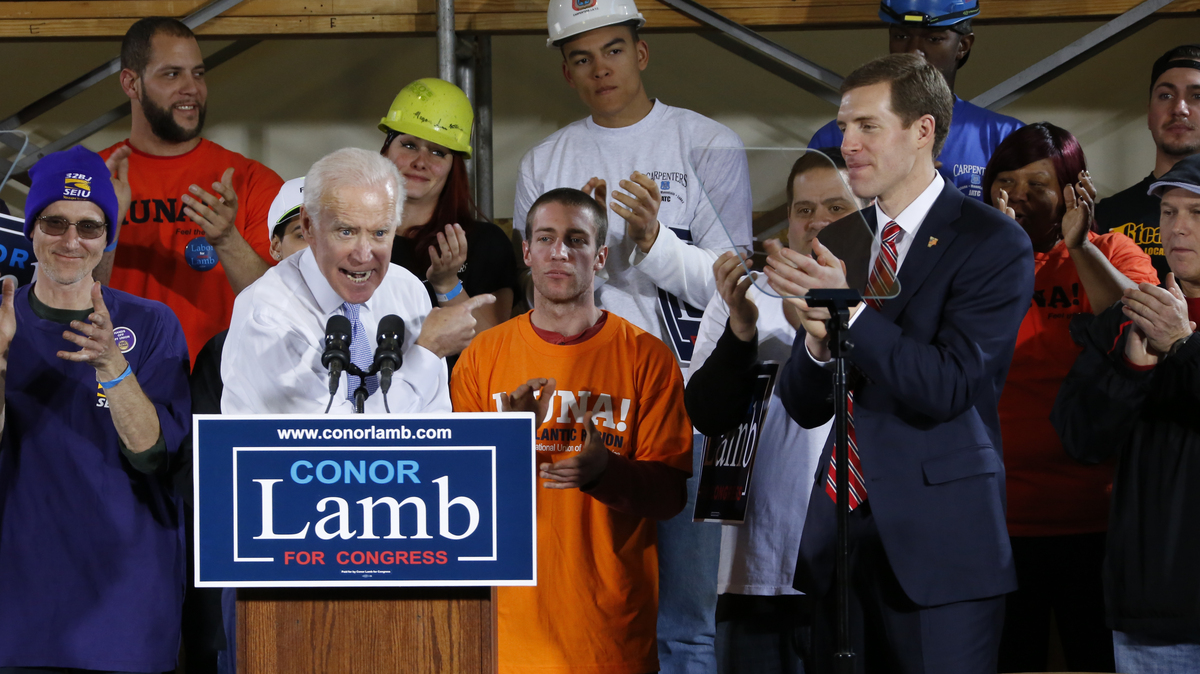 Democrats are having a moment. They managed to win a House seat in Republican-leaning, industrial Pennsylvania and a Senate seat in the deep-red state of Alabama.

Party leaders say those back-to-back special elections are proof that GOP-friendly centrists can win as Democrats in some races, even as the party is welcoming a growing number of progressives. They hope that strategy will help them win control in Congress in 2018, but some Democrats worry a big tent identity will make it harder for the party to unify when it comes time to elect a president. There are many Democrats showing interest across the party — from former Vice President Joe Biden to California Sen. Kamala Harris to Massachusetts Sen. Elizabeth Warren.

Those worries were on the back burner last week after Democrat Conor Lamb edged out Republican Rick Saccone for a House seat from a conservative pocket of Pennsylvania. Democratic Congressional Campaign Committee chair Rep. Ben Ray Lujan, D-N.M., said Conor Lamb's apparent victory in Pennsylvania is clear proof that Democrats are on their way to a year of big victories.

"These results should terrify Republicans," Lujan said in a statement. "We have incredible candidates with deep records of service running deep into the map this year."

That big tent, including centrists, could become a liability as Democrats try to capitalize a groundswell of grass-roots, progressive activism from gun control and immigration to renewed activism among female voters motivated by opposition to President Trump.

A big tent or political circus? 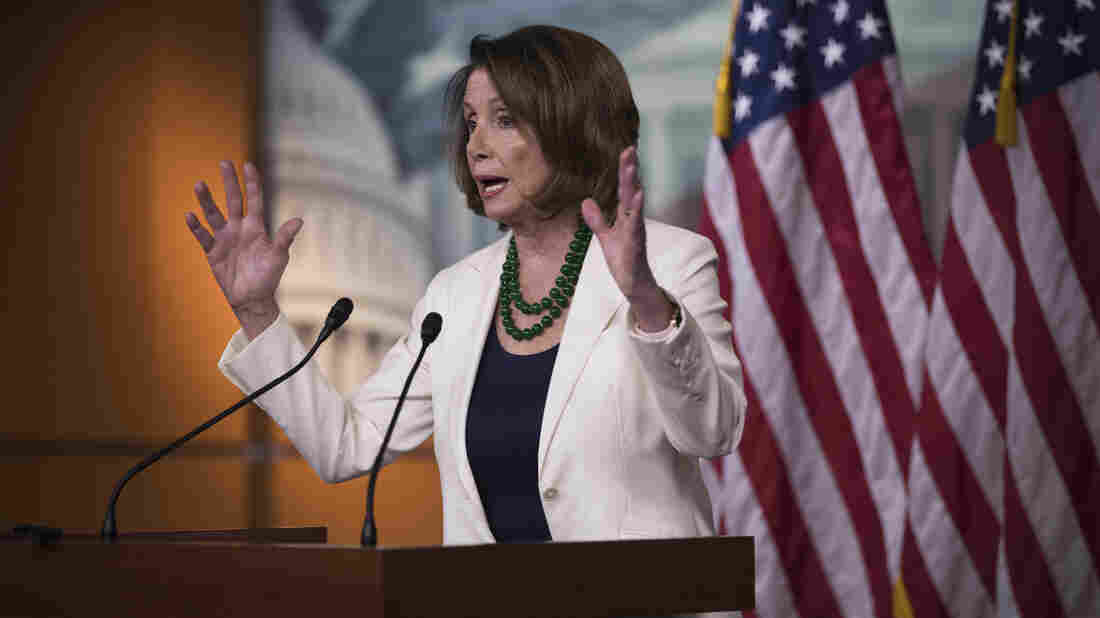 House Minority Leader Nancy Pelosi, D-Calif., at a news conference on Thursday, where she called the Pennsylvania special election this week an "upset" win and hopes that Democrat Conor Lamb will be sworn in soon. J. Scott Applewhite/AP hide caption 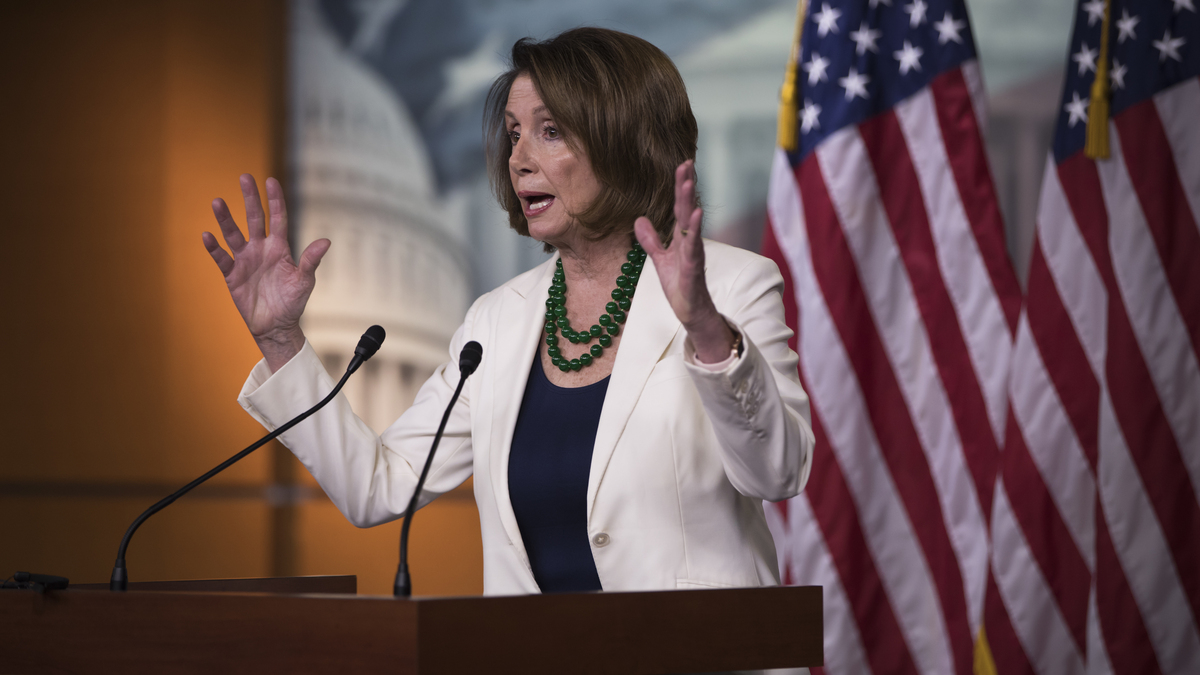 House Minority Leader Nancy Pelosi, D-Calif., at a news conference on Thursday, where she called the Pennsylvania special election this week an "upset" win and hopes that Democrat Conor Lamb will be sworn in soon.

Democrats are juggling a record number of candidates running in more congressional districts than they have seen in decades. That means they get to fine-tune and hone candidates to make sure they have the best fit for many districts.

The big tent atmosphere has been a challenge for Democrats in the past, and some have warned that there is a risk in courting the party's left flank.

They compare it with the 2010 Tea Party movement. That group of conservatives helped Republicans win control of the House, but their far-right ideology is at odds with GOP centrists. That division has created deep splits within the GOP and led to countless intraparty standoffs that have stymied legislative achievements.

Betting on the center

Democrats expanded their tent last week with Lamb's success. He is personally anti-abortion and supports the Second Amendment. Lamb says he will vote for abortion rights when he takes office, keeping him in line with the party, but he does not support Pelosi. Still, she welcomed him with open arms.

Running Democrats for Congress in southwestern Pennsylvania had become so increasingly futile that, in recent elections, the party had given up trying. Republican Rep. Tim Murphy ran unopposed in Lamb's district in 2014 and again in 2016.

Lamb aggressively campaigned on local issues, and kept the national party at arm's length. After outside Republican groups spent millions trying to define him as a Pelosi puppet, Lamb released a TV ad in which he said, "My opponent wants you to believe the biggest issue in this campaign is Nancy Pelosi. It's all a big lie. I've already said on the front page of the newspaper that I don't support Nancy Pelosi."

Lamb also did something that Democrats from former President Barack Obama on down have blasted Hillary Clinton for not doing more of in 2016: actually campaigning in the more conservative stretches of his district.

"You've got to show up and talk to people," said Allegheny County Executive Rich Fitzgerald, a Democrat who campaigned alongside Lamb throughout the special election. "Conor's been to every fish fry, every VFW, every American Legion, senior center, doors."

While Lamb may not have won those parts of the district, that may have meant he lost by fewer votes — crucial in a race as close as his.

The unique aspects of the 18th Congressional District and Lamb's campaign allowed him to take liberal votes for granted in a way that wouldn't work in a competitive Democratic primary, as House Speaker Paul Ryan noted Wednesday. He also did and said things that would likely alienate Democratic activists in a more liberal district.

The question of "ideological purity"

Centrists are not faring quite so well in areas that are safer bets for Democrats. It is in these districts that the internal tensions will be on the ballot in primary races over the coming months.

The first test comes this Tuesday when voters on the Southwest Side of Chicago will decide between a long-serving conservative Democrat Dan Lipinski and his progressive challenger, Marie Newman.

Lipinski has represented the Southwest Side of Chicago and its southwestern suburbs since 2005 — a seat he won when his father retired after a dozen years in Congress.

"When it really comes down to it, people vote for who they trust," Lipinski said in an interview during a campaign stop in his district.

He is also one of the last centrist Democrats in Congress. Lipinski is anti-abortion rights, he voted against the Affordable Care Act and he voted with President Trump on some immigration bills — a record Newman says is increasingly out of step with the district.

"People say, 'Oh, did the district change, why such a change now?' " Newman said in a recent interview. "No. The district has been this way for a long time." 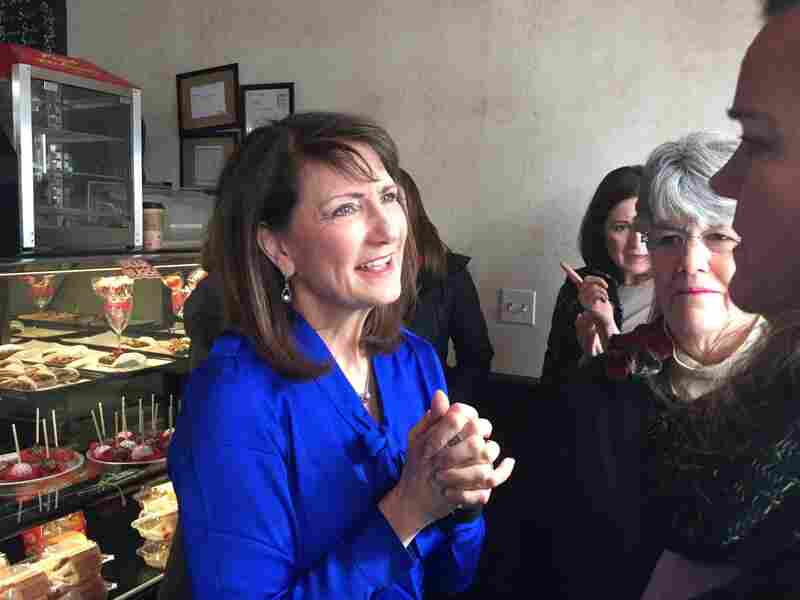 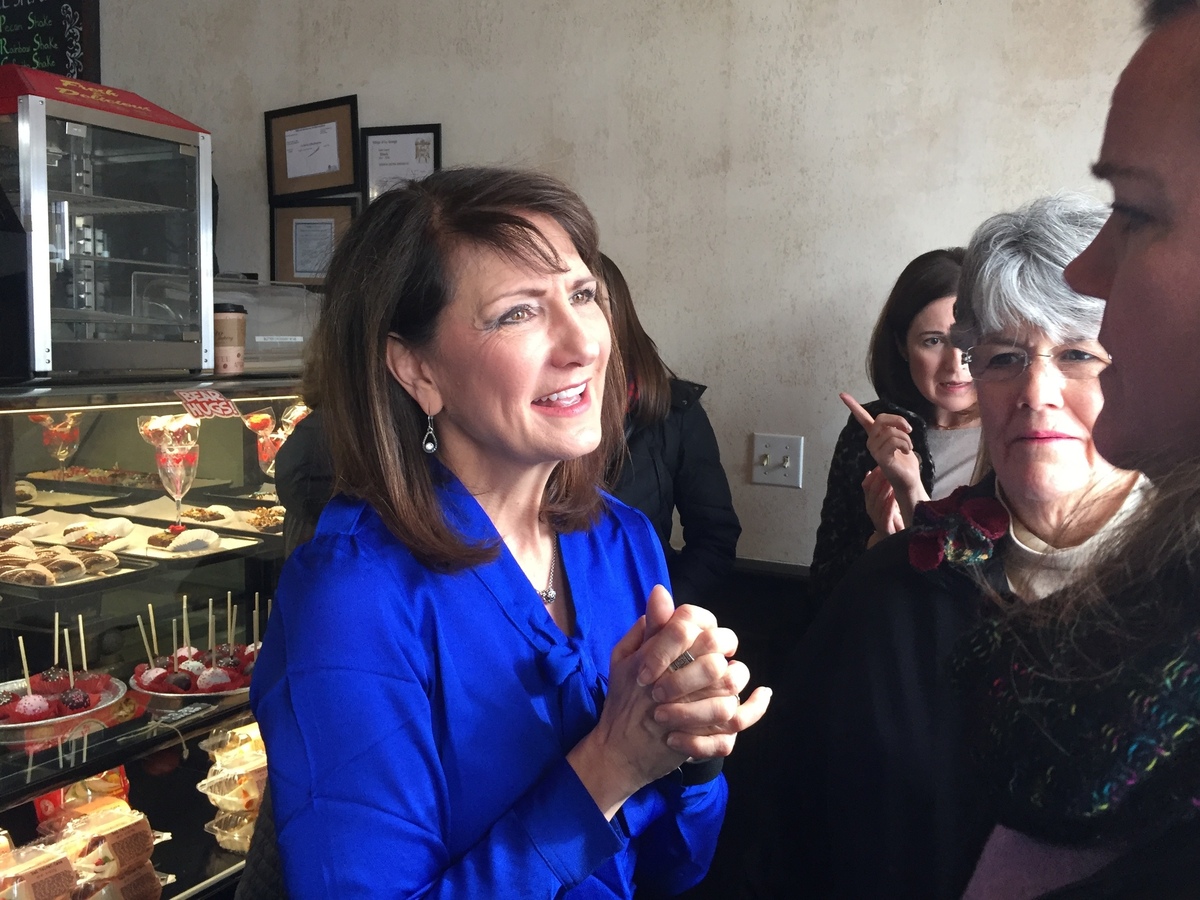 She has already persuaded two of Lipinski's fellow House Democrats from Illinois to support her, including Rep. Jan Schakowsky.

"This is not some sort of a national effort to have ideological purity," Schakowsky said. "It's about giving this district a real choice."

In interviews with nearly a dozen Democrats, most said they are glad to have a real debate on issues in a district that has been virtually unchallenged for decades, including those who support Lipinski.

"We have not had a choice, a real choice, in at least 14 years," said Newman supporter Mary Anne Quinlian. "Not having a choice makes everyone feel limited. That isn't healthy."

But Lipinski says progressive pressure may drive centrists like him away from the Democrats for good.

"I have seen the Democratic Party, unfortunately, push pro-life voters out of the party," Lipinski said. "I have people come up to me and say, 'I used to be a Democrat and because of the life issue, I can't be a Democrat anymore.' "

Democrats are carefully monitoring how these tensions are playing out with two of their most critical constituent groups — women and African-American voters.

Emily Cain, the executive director of the abortion-rights supporter group Emily's List, said they have seen a huge surge of women running for office and she expects they will turn out in droves on Election Day. It isn't a moment she said; it is a sea change.

"We have already launched more than 60 women in campaigns for Congress across the country," Cain said. "There's another 60 or 100 behind them getting ready to run in 2020 or 2022."

Andra Gillespie, a political science professor at Emory University, said Democrats must also be careful not to ignore African-Americans when they're building the big tent.

Gillespie said Democrats tend to assume African-Americans are in their camp and often don't think to directly address issues that speak to those voters. That is a mistake, she said, because African-American women in particular were key to Democrat Doug Jones winning a Senate seat in a special election in Alabama last year. But turnout among black voters dropped off in 2016 compared with Obama-era elections.

"There is a tendency to whitewash and paper over issues of concern to African-Americans," Gillespie said in an interview. "It's not just a 2018 problem. This has been a concern that's been articulated for decades at this point."