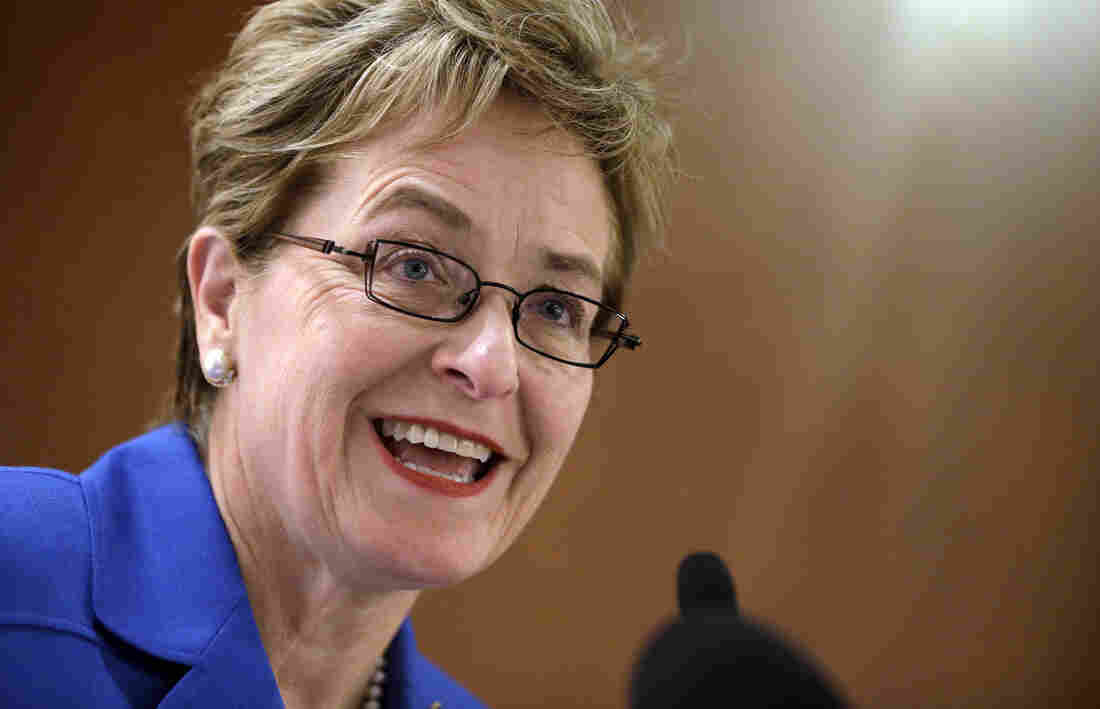 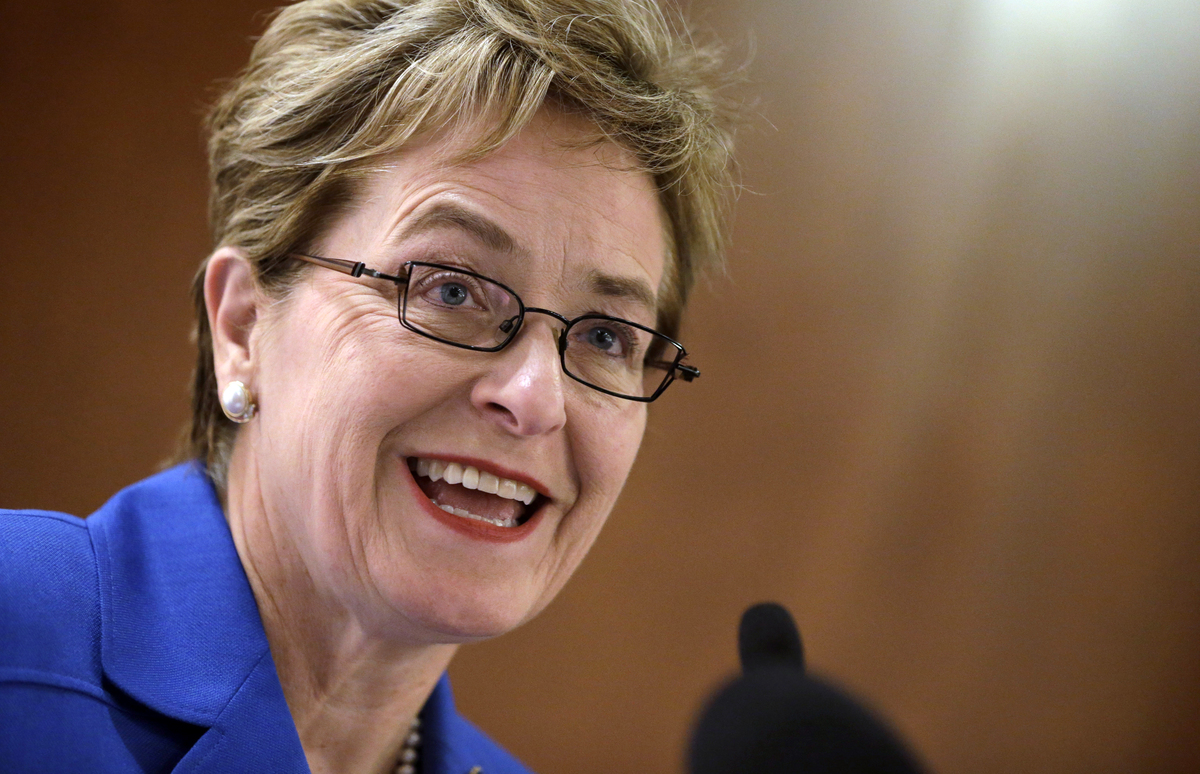 In her 18th term, Rep. Marcy Kaptur, D-Ohio, is now the longest-serving woman in the U.S. House.

Marcy Kaptur didn't plan for this.

First elected in 1982, the Ohio Democrat didn't set out to become the longest-serving woman in House history.

"The reasons that I ran, to change certain practices and policies, [I thought] could be done much more quickly," she said in an interview with NPR. On Sunday, Kaptur becomes the longest-serving woman ever to serve in the chamber with a tenure that spans 35 years, two months and 15 days.

Capitol Hill can be a tough place to navigate for any junior legislator, even more so for a woman elected in the early years of the Reagan era. In her Rayburn office, Kaptur keeps a silver-framed photograph of the 1983 swearing-in ceremony on the House floor, presided over by then-Speaker Tip O'Neill, D-Mass. 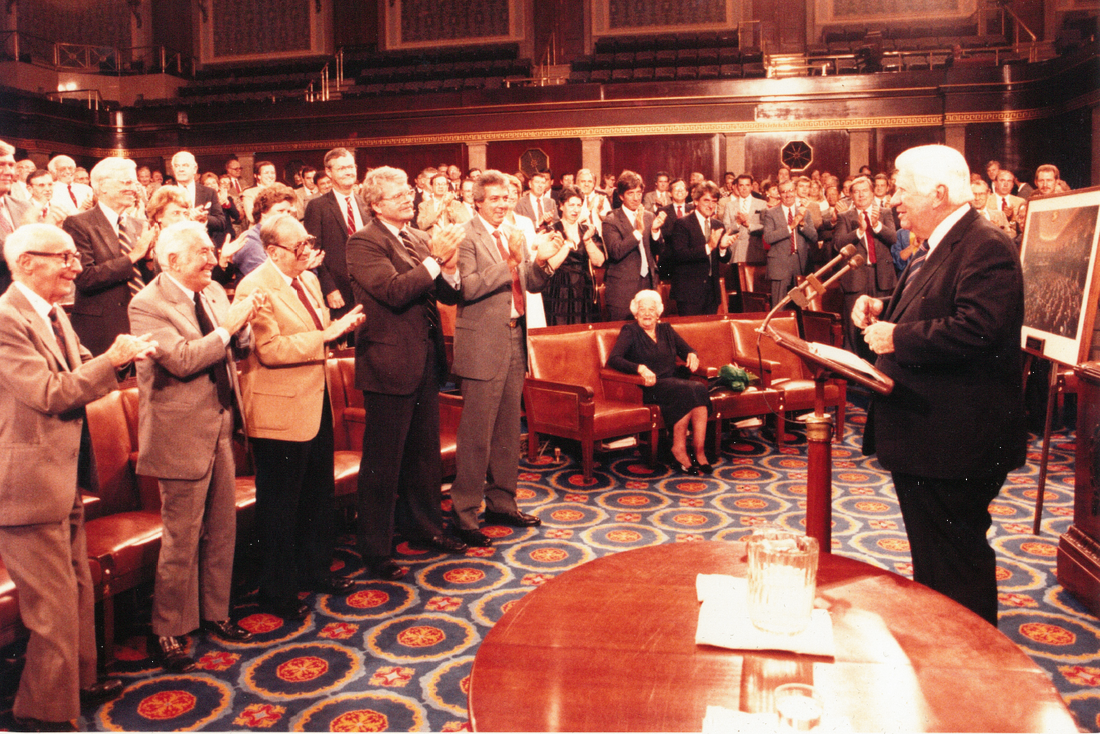 The 1983 swearing-in ceremony for the U.S. House of Representatives. Courtesy of the office of Rep. Marcy Kaptur, D-Ohio hide caption 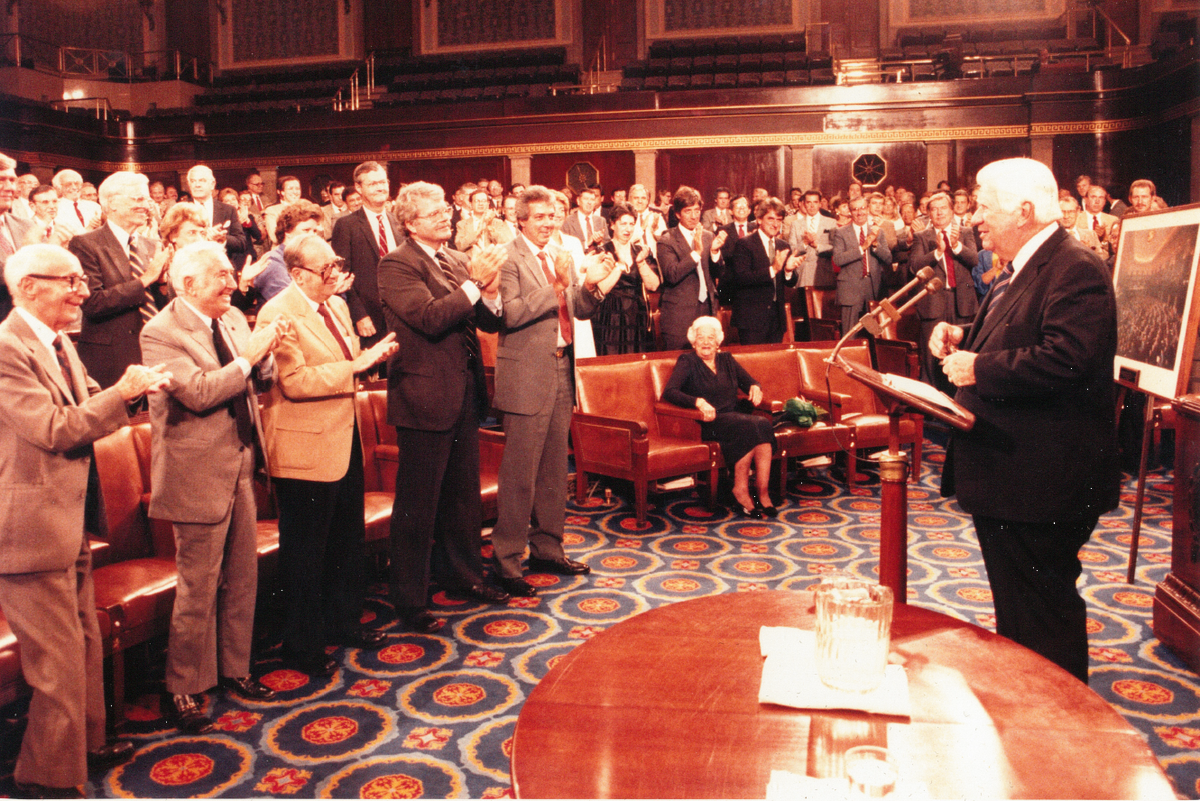 The 1983 swearing-in ceremony for the U.S. House of Representatives.

Courtesy of the office of Rep. Marcy Kaptur, D-Ohio

"That's me, right there," she says chuckling, pointing to a tiny, female head in the background of the House chamber, surrounded mostly by white men. "Look it — compared to today."

Thirty-five years later, Kaptur is not so alone. Women and minorities now make up a majority of the House Democratic Caucus. This year, an unprecedented number of women are running for Congress and Kaptur sees a female wave on the horizon.

"I think this is going to be another watershed year for women," she says. "I think the climate is such that we can elect many more women here come November."

Awaiting those future legislators is the same reality check Kaptur learned a long time ago.

"You get here and it's like you run into this big marshmallow, this mammoth marshmallow," she says. "And it kind of absorbs you, and it's so hard to work your way through in order to get passage to do something different for the country."

Kaptur keeps one reminder of this "Marshmallow Maxim" in her Rayburn office. Hanging on the wall is a poster-sized aerial view of the World War II Memorial on the National Mall.

It's a lesson the women who came to Congress before Kaptur had to learn, too. She takes the longest-serving woman title from the late Rep. Edith Nourse Rogers, R-Mass.

House Speaker Paul Ryan, R-Wis., paid tribute to both on the floor this week, saying: "Edith Nourse Rogers famously summed up her time in office by saying this: 'The first 30 years are the hardest. You start it and you like the work and you just keep on.' Marcy, you have certainly kept on."

After 35 years in Washington, Kaptur reflects on her career without any apparent cynicism. She still marvels at the advancements she's made in her own life. "I was rejected when I applied to the U.S. Air Force Academy, to Notre Dame University when I was first seeking to go to college, and to the FBI because I was a woman," she says.

That was Kaptur's reality as a young woman. This is her reality now, as a senior lawmaker: "Now I'm able to appoint women to our service academies. Obviously I defend the FBI here, especially of late, I recognize how important they are to the country, and Notre Dame now accepts women. So we've seen this change just in my lifetime, and it's a good thing."

At 71, Kaptur says she has no sights on retirement.

"Well, I'm not finished with what I started to do," she explains.