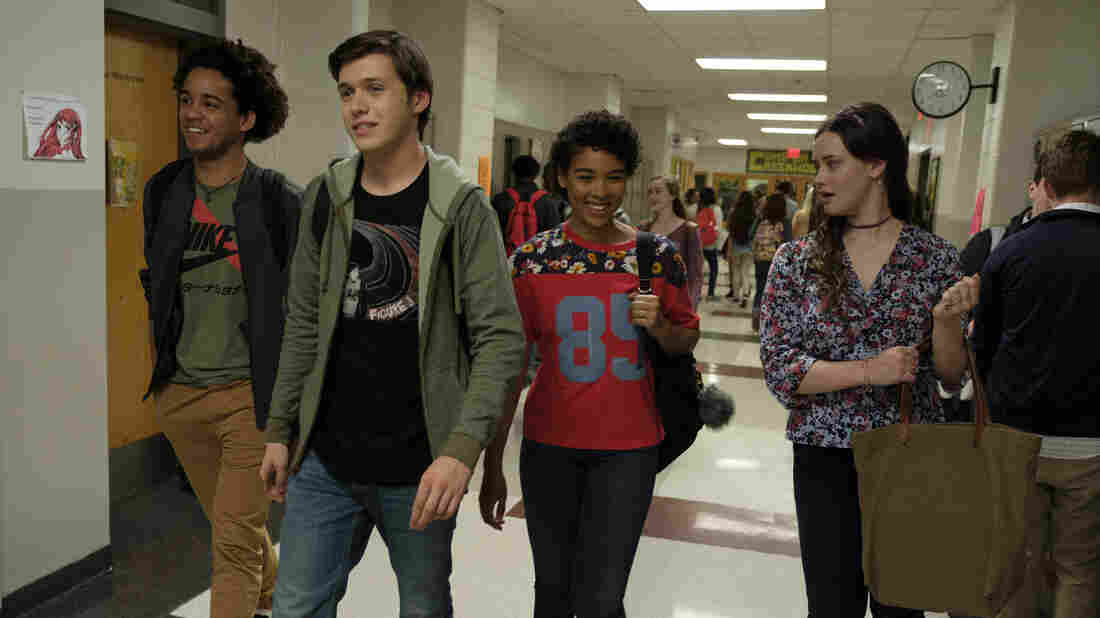 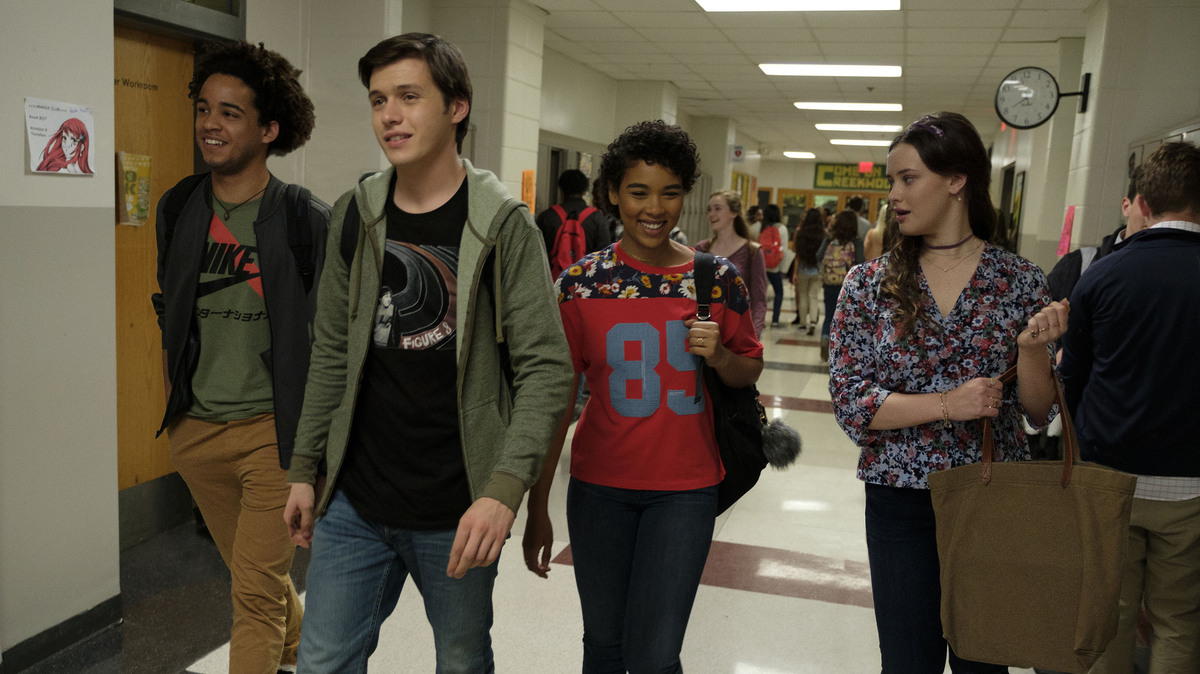 "I'm just like you," says the titular lead of Love, Simon (played by Nick Robinson, second from left) in his opening voiceover.

"I'm just like you," Simon says in his opening voiceover. "I have a totally, perfectly normal life. Except I have one huge-ass secret."

Simon's big reveal is revealed right away: He tells us that he's gay. All that is intentional, according to director Greg Berlanti, who spoke to us in an interview.

"We were really conscious throughout of having as many of the traditions and tropes that one would find in — whether it was a young adult romantic comedy or an adult romantic comedy — so that by changing the gender of the romantic interest, and actually having a gay protagonist at the center of it, we would be honoring a lot of those traditions, but also circumventing them," Berlanti says.

When I met on the job, you know, when I first read the script, I found myself crying inexplicably at the end, and wondering why that was happening. I had been a closeted teen myself, and I just realized just the power of representation in something like this was so evocative for me. And I went in and said to the studio: You realize that there's never been a teen rom-com with a gay kid at the center. And having grown up in the '80s, when there was a lot of great teen coming-of-age movies, I never saw myself or our storylines on the screen. And so it was really powerful to me and we obviously hoped it would be to the audience as well. 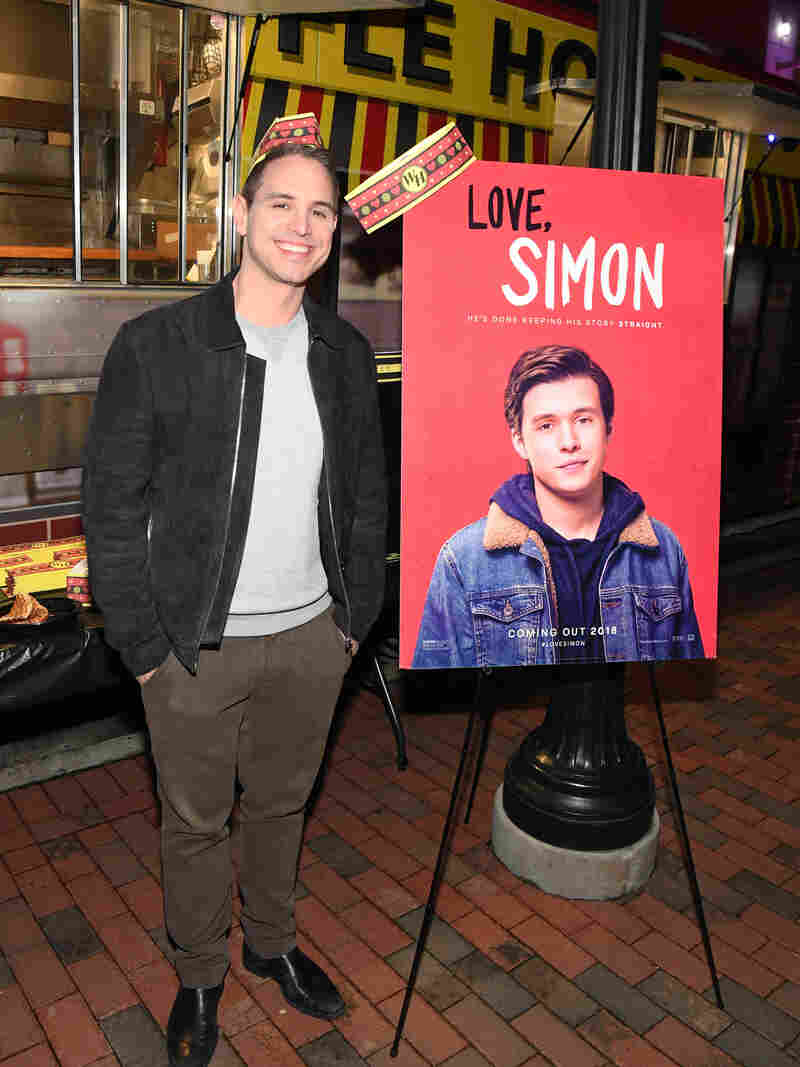 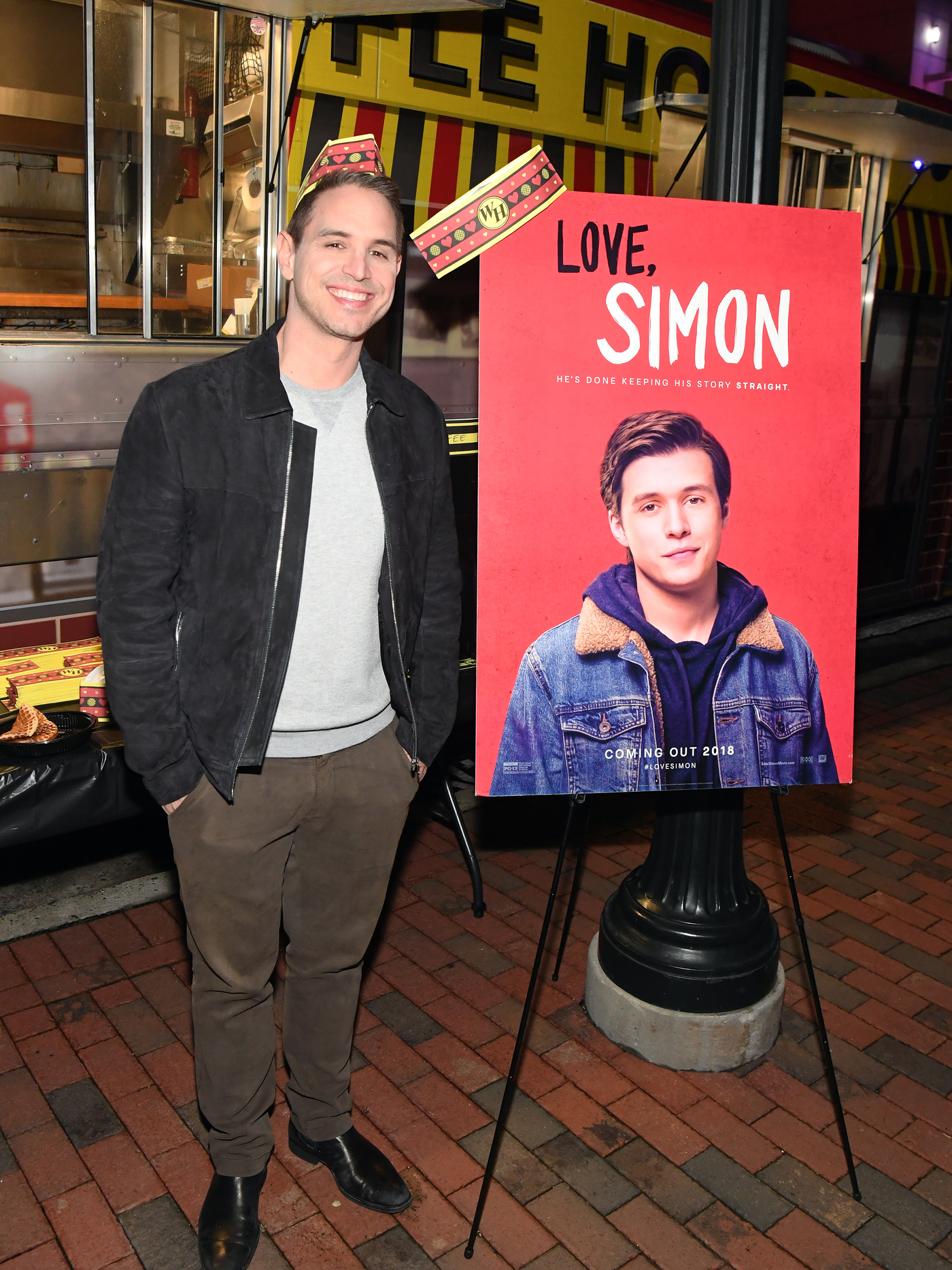 On why this story is still important now, despite criticism within the gay community that gay media visibility is already sufficiently high

I would say for a couple reasons. One is for everything you said when you asked me at the beginning: There hasn't been a movie like this, you know? ... We were doing some of this kind of stuff on TV 15 years ago. And I don't know why people who make big budget movies haven't focused on stories like this — I was just so grateful as a gay person and as an artist that they were, and that I got to be part of one. So I think one is just: Representation in general is just really important.

I think, two is ... I'm smart enough to let kids speak for themselves, but I think there's a lot of kids in the country who would differ with that statement. I think that they feel, many of them at least as we've taken the movie around — you know, we've gone to some states where we've brought the movie, and people have driven 2-3 hours just to come see us and see the film, and high school GSAs [gay-straight alliances] are busing to it together, and just kids wanting to go back again, maybe bring their parents as a point of entry, of conversation, and parents of LGBT kids wanting to go ... So I don't know. My experience has been different than that — that the audience is so desirous for it.

On the idealized reaction of Simon's parents to his coming out

Well, there were a few things. I think one was that we are in a romantic comedy, so we knew that we wanted — you know, there is an idealized version of things that happen. Or: aspirational. So we were cognizant of that. But I also feel like what Simon says at the beginning of the film is really true, which is: He sort of acknowledges that he thinks his parents will probably be fine, but that he still has issues within himself. ...

And so yes, you get parents like [actors] Jennifer Garner and Josh Duhamel. And they both say different things to him at the end of the film in close proximity to each other, so we wanted to make sure that those scenes were distinct. As we were exploring it with the writers, I said to them that, you know: Look, in my experience, there were some things that I needed to hear that I didn't even know I needed to hear until after I came out. And every time I would hear them, they would have an impact on me. And they seem so simple.

And one was: I still love you. Again, sounds simple, but when you say it to someone, or you get it said to you, and you've just come out to them, it's a very — I think a very powerful thing. And that's sort of what Josh is kind of — that the dad is saying in this scene. And then what mom says, which is what drives our character really into the third act, is: And you deserve love. Which I think is its own kind of profound thing. ... Jen Garner went to act it on the set that day, and our lead actor burst into tears hearing the message, and I looked around, and all the crew was drying their eyes. I mean, we had grips and electric and camera operators — everyone was moved and crying. And that's when I started to realize, like, OK wow, this is something very specific to the gay experience, but it's really something everyone needs to hear — and forgets, clearly, along the way — that you deserve the life you've always wanted, and to be inspired in that direction. And so those were two things we put in there. And there are perils for him beforehand and challenges he goes through with his family. But it was important for us to have a blueprint for an aspirational reaction to your kid coming out.

On the ending of the movie

It isn't spoiling it to say that our lead gets his happy ending. It's a Hollywood movie, it's a romantic comedy; there's a happy ending, and there's a kiss. And the kiss is ... it feels like you've been waiting for it for a long time in movies. ...

And I still cry when I see that, and I cry now in part when I see it because ... all audiences — young, old; straight, gay — have applauded that moment. And I'm old enough to remember audiences laughing at gay content in movies. And I didn't know until we — not in Los Angeles where we tested it the first time, but when we tested it in Olathe, Kansas, and they applauded there too. And it was so validating to see everyone root for Simon's story, you know?

Sarah Handel and Viet Le produced and edited this interview for broadcast. Patrick Jarenwattananon adapted it for the Web.