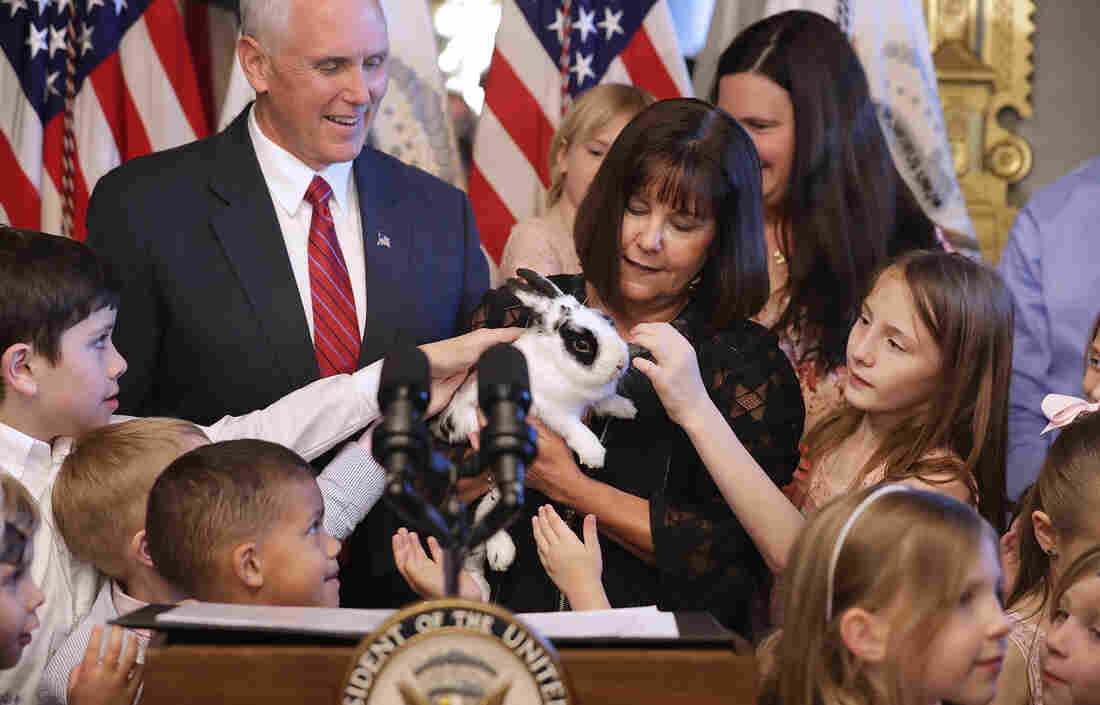 Vice President Pence and his wife, Karen, hold their family's rabbit, Marlon Bundo, for children to pet during an event with military families in the Eisenhower Executive Office Building last May. Chip Somodevilla/Getty Images hide caption 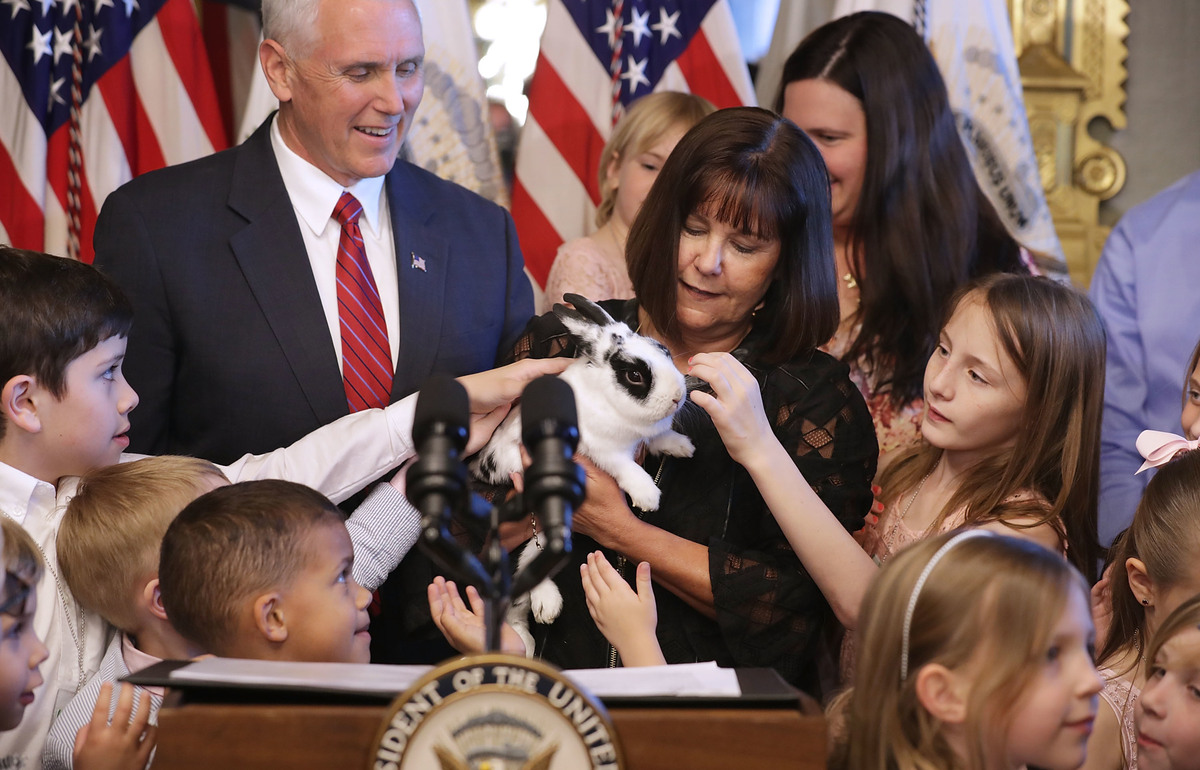 Vice President Pence and his wife, Karen, hold their family's rabbit, Marlon Bundo, for children to pet during an event with military families in the Eisenhower Executive Office Building last May.

But have you heard of BOTUS?

That would be BUNNY of the United States. Real name: Marlon Bundo. Bundo for short. 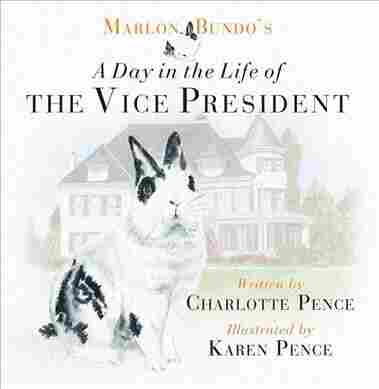 Marlon Bundo's A Day in the Life of the Vice President

by Charlotte Pence and Karen Pence

The little black-and-white bunny — named after Marlon Brando — belongs to Vice President Pence's daughter Charlotte and lives with the second family at the Naval Observatory in Washington, D.C.

Monday, Bundo is out with his first book: Marlon Bundo's A Day in the Life of the Vice President. It's published by the children's arm of Regnery Publishing, which specializes in conservative books.

Technically, Bundo himself did not author this book — that was Charlotte ("Mom"). Second lady Karen Pence ("Grandma"), a former art teacher, did the watercolor illustrations.

But Bundo is the star. In the book, he follows "Grampa" (Vice President Pence) around Washington — to meetings with the president in the Oval Office and to the Senate, and contemplates a painting of his home state of Indiana, and a Bible verse, Jeremiah 29:11: "For I know the plans I have for you, plans to prosper you and not to harm you, plans to give you hope and a future."

Ok, be honest. Do I look like a map with my cool spots? What country shape do you see? 🌏🌍🌎

Bundo got his name when Charlotte, then a film student, needed a rabbit to star in one of her movies, and brought him home. He was apparently a natural on camera, which is now paying off in his new role as celebrity pet.

He first appeared on the scene in May 2017, when the vice president and second lady brought him along to an event at the White House honoring military families. He immediately upstaged the Pences, especially among the younger crowd.

At the time, Karen Pence told the kids gathered around, "Marlon is kind of famous because he is the first bunny to ever ride on Air Force 2."

The bunny is also on Twitter (@realmarlonbundo — you'll know him by the telltale red baseball cap) and has more than 18,800 followers on Instagram.

Given all of that, it's probably safe to say he's the most famous of the Pence family's pets, but he's not the only one. Bundo currently shares the vice presidential residence with a puppy and a kitten — Harley and Hazel — both adopted in recent months, after the Pences lost their beagle, Maverick; and two cats, Oreo and Pickle. There is also a snake named Sapphira.

It remains to be seen whether Harley, Sapphira or Hazel will get books of their own.

For now, it's Bundo who's hopping into the children's book world. He joins presidential pets Socks and Buddy, who also have a book — authored by then-first lady Hillary Clinton: Dear Socks, Dear Buddy: Kids Letters To The First Pets.

Proceeds from Marlon Bundo's A Day in the Life of the Vice President will go to an art therapy program called Tracy's Kids and a nonprofit, A21, that's working to end slavery and human trafficking.

It's unclear whether Marlon Bundo is going on the book tour, but he certainly seems eager to read the story of his adventures.

Mommmmm, can we pleeeease read this already?! I can’t wait! 🤗🙃

Yet even Bundo has not escaped controversy. Sitting at the top of the Amazon Best Sellers list Monday was a parody of the Bundo book by HBO's Last Week Tonight with John Oliver (the original book is several spots lower on the list). Oliver's version "explores issues of same sex marriage and democracy"; Pence has a history of criticism from the LGBT community and advocates. Proceeds from this book will go to The Trevor Project and AIDS United.

In a statement to CNN, the publisher of Pence's book said, "It's unfortunate that anyone would feel the need to ridicule an educational children's book and turn it into something controversial and partisan."