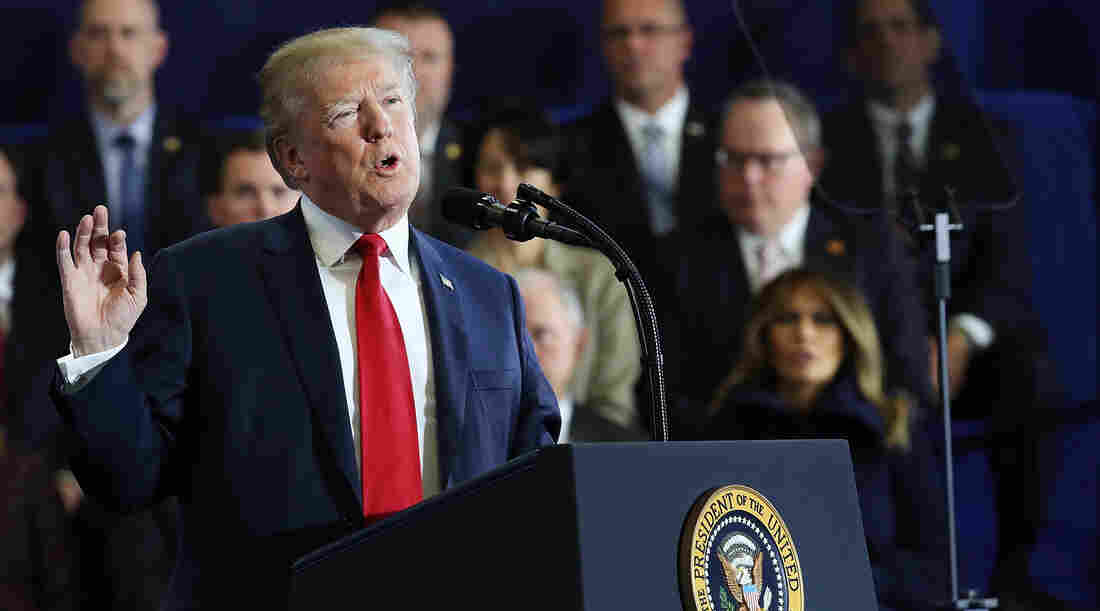 President Trump speaks about his plan to address the opioid crisis at an event at Manchester Community College in Manchester, N.H., on Monday. Spencer Platt/Getty Images hide caption 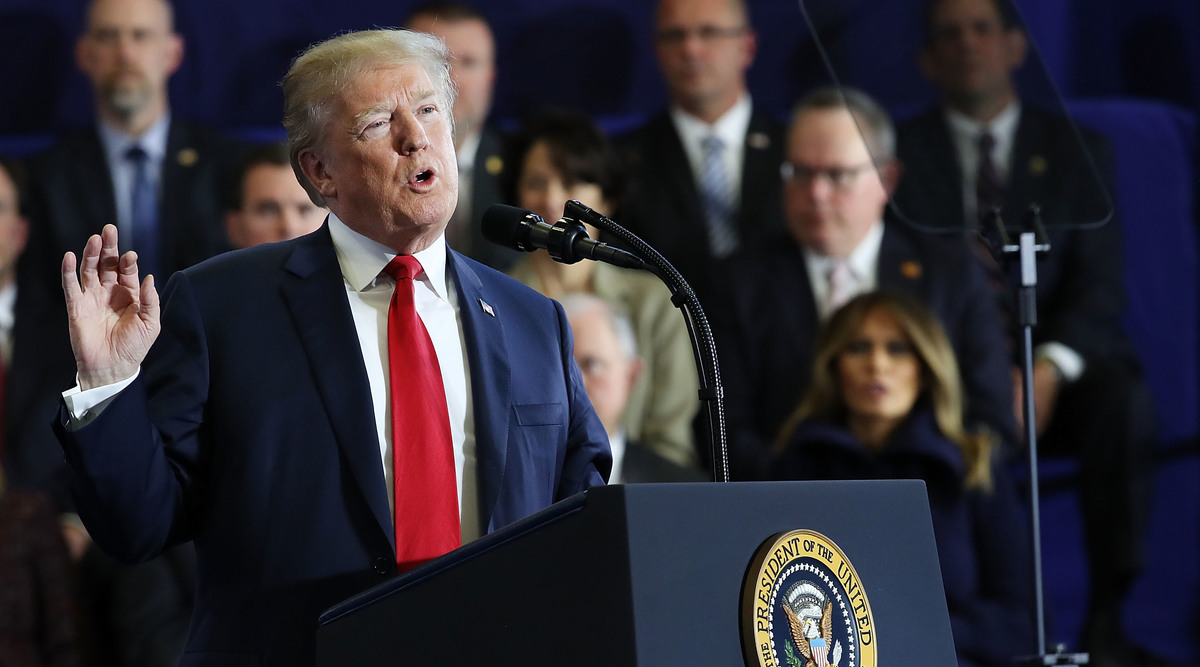 President Trump speaks about his plan to address the opioid crisis at an event at Manchester Community College in Manchester, N.H., on Monday.

President Trump outlined a wide-ranging plan to combat the opioid epidemic on Monday, including an ad campaign to discourage drug use, expand addiction treatment and pursue a get-tough approach to law enforcement.

"Whether you are a dealer or doctor or trafficker or a manufacturer, if you break the law and illegally peddle these deadly poisons, we will find you, we will arrest you, and we will hold you accountable," Trump told an audience in Manchester, N.H.

"Failure is not an option," he added. "Addiction is not our future."

The speech comes five months after the president declared opioid abuse a public health emergency. The president has discussed opioids repeatedly, including during a summit earlier this month, and has created a commission to tackle the issue. But many proposals remain in progress or unaddressed.

Attorney General Jeff Sessions was in the audience as Trump spoke and applauded the president's focus on law enforcement.

"At the Department of Justice, we have made ending the drug epidemic a priority," Sessions said in a statement. "We will continue to aggressively prosecute drug traffickers and we will use federal law to seek the death penalty wherever appropriate."

Trump conceded that not all Americans would be "ready" for such a crackdown, but he promised to push for it.

"Unless you have really, really powerful penalties, led by the death penalty for the really bad pushers and abusers, we are going to get nowhere," he said.

The president's plan also calls for expanded research into less-addictive pain killers and efforts to reduce the over-prescribing of opioids.

Before the speech, the president and first lady visited a Manchester fire house where they met with first responders, who are often called upon to treat overdose victims.

Trump praised the Adapt pharmaceutical company, which makes free and discounted samples of its anti-overdose medication, naloxone, available to schools and first responders.

Every day, Trump said, 116 Americans die from an opioid overdose. He said the death rate in New Hampshire is twice the national average.

"We will liberate our country from this crisis," Trump said. "And we will raise a drug-free generation of children."