Accessibility links
Jennifer Palmieri: Hillary Ran With 'Half Her Humanity Tied Behind Her Back' Palmieri is out with a new book, Dear Madam President, and it's both a retrospective on the 2016 election and a compendium of advice for the first woman to make it to the Oval Office. 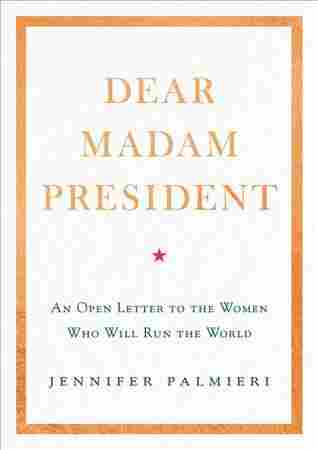 An Open Letter to the Women Who Will Run the World

It's hard to imagine a day when we all stop talking about Election 2016. It may be even harder when you're Jennifer Palmieri, former communications director for Hillary Clinton's last presidential campaign.

Palmieri is out with a new book called Dear Madam President. The book is full of advice for a future woman world leader, but it also serves as an extremely revealing retrospective on Election 2016, posing big and lingering questions on the presidential race we just can't leave behind.

And it paints a picture of Palmieri as a woman who just can't stop working. Since starting in politics in the early 1990's, she's built a career full of movement, with few breaks. "You know I joined the [2016 Clinton] campaign from the Obama White House," she tells NPR. "I'd been the communications director there and I literally stopped on a Friday and started on a Monday, and people said "Well, that's crazy! You need a break," and I was like, "No, you know what I'm? I'm in fighting shape.""

Talking with Sam Sanders of NPR's It's Been A Minute, Palmieri goes deep on how high-level staffers like herself may have done Hillary Clinton some disservice at pivotal moments during the campaign, and how they all should have trusted the candidate's instincts a little more. "She'd been Hillary Clinton her whole life," Palmieri told NPR. "She [Clinton] knew, she anticipated a lot of how the public would likely to react to her." And Palmieri talks about what it was like running a woman for president, and how hard that was to do, saying, "I felt like Hillary was running for president with half her humanity tied behind her back."

But Palmieri also says she has no regrets. "I do not believe there was any other path for the campaign or for her, other than to undertake this the way that we did," she said, "which was A) prove that she could do the job and B) try to express her ambition and make people comfortable with it as best as we could. And I think that this was just the process the first woman had to go through."

On the difficulties a woman faces in running for President 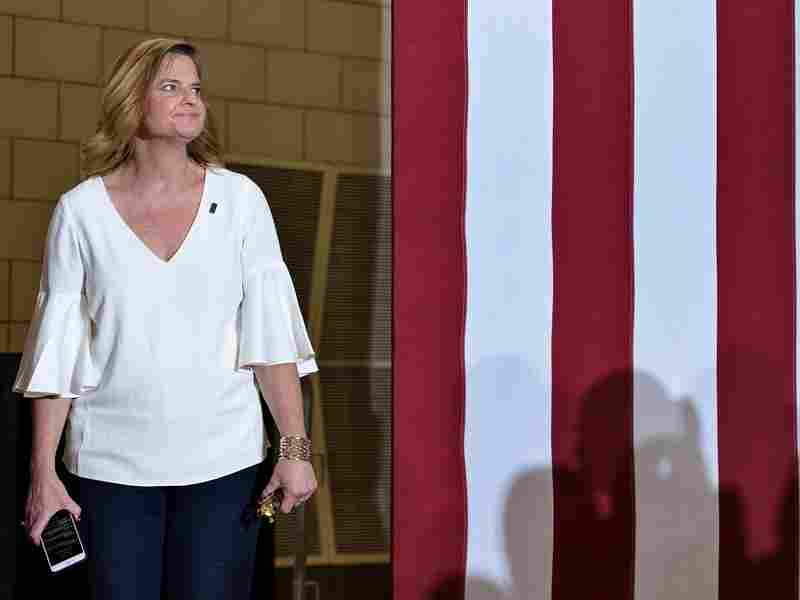 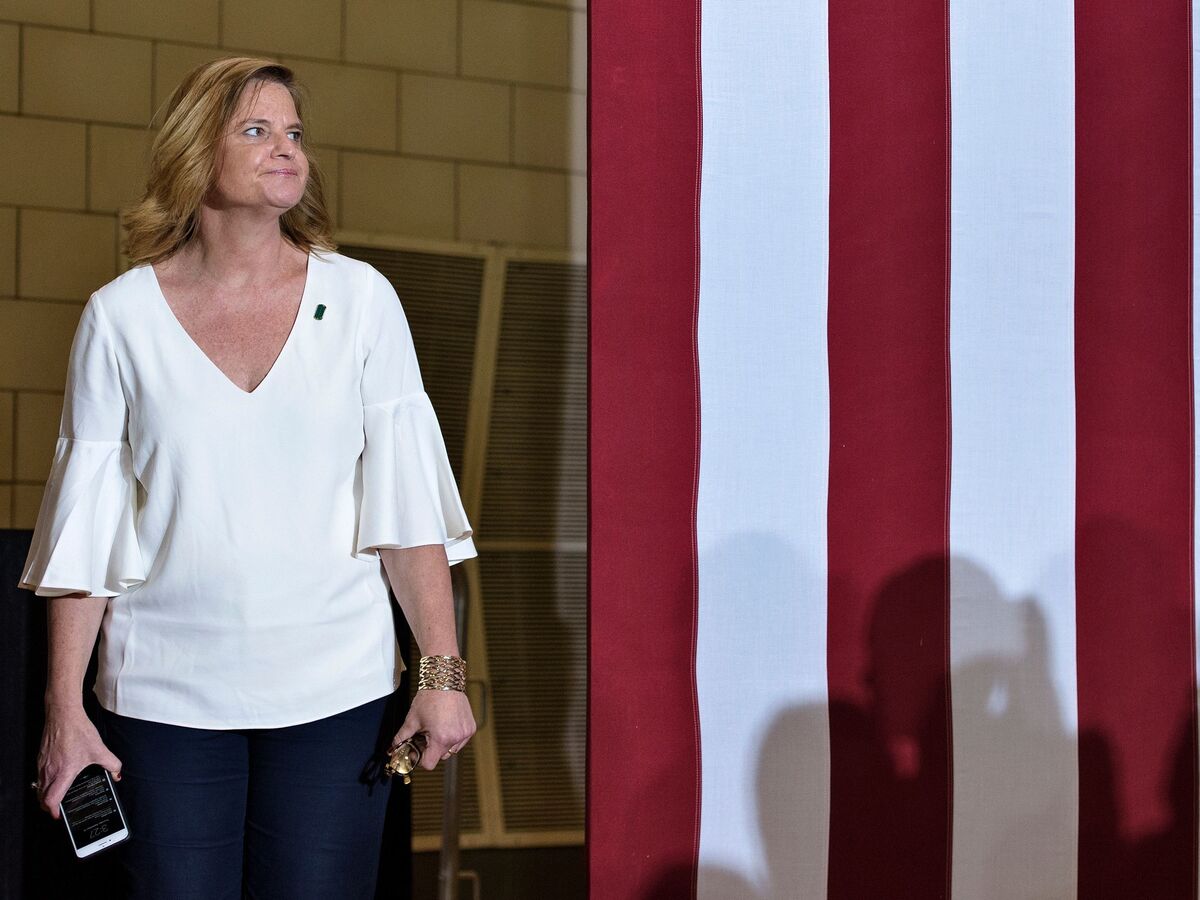 Jennifer Palmieri waits for Hillary Clinton to speak during a rally in North Carolina in September, 2016.

Our biggest problem for women trying to lead in politics is there's not a model that people are used to seeing that they can compare that woman to and be comfortable with her in that role. Our only model that we have for anyone who runs America, who is the head of the United States, is a man. So, I had a moment where I realized in October during the campaign, I thought "Wow, what we have done is made Hillary a female facsimile of the qualities that we look for in a male president." And ... it was a gut punch ... realizing there was a fundamental design — in October! — and you can't go back and fix it ... And I think that people's distrust of her isn't that everybody is sexist or misogynist; she vexes people and they don't know what to make of her... because I think they don't know what a woman in charge looks like.

We were trying to present her with these qualities that you're used to seeing in a male president: That she's strong enough, that she can handle national security, that she's tough enough that Donald Trump can come after her and try to humiliate her and she's never going to let it show. And I think she had to do that. I do think that the first woman nominee had to prove that she could do the job the way a man would, but that robbed her of a lot of her own authenticity.

The one time I thought that we were going to lose was actually in early September of 2016. We had had a bad August ... and then Hillary came down with pneumonia herself. Trump had just kind of hit his stride. Bannon had been named CEO, he [Trump] was being more disciplined. This was before the debates started. And I thought, "Why do we think that we're going to be the ones that can stop this guy?" He just rolled over 16, 17 candidates on the Republican side. It seemed to me, we're going to look back in 2016 and say the only possible outcome with Trump wins.

On why you should cry at work

It's your party and you can cry if you want to ... I think that crying is a way women and men express frustration anger or passion. And we should not feel compelled to mute those emotions ...

You know, I wrote in the book that I felt like Hillary was running for president have her humanity tied behind her back. I think that all men and women both, particularly women, hold back on parts of ourselves because they don't fit into the traditional workplace model ... For me anyway, and I think for a lot of women, it was the election of Donald Trump that made me realize, "Okay, this is not working right. We got to create a new path." We have to do this embracing all of our own qualities and emotions. And for me, I am a big crier and this is us.

I think that people's distrust of her isn't that everybody is sexist or misogynist ... I think they don't know what a woman in charge looks like.

You hear people say, "Well, I was going to say this, but I knew I couldn't get through it without crying." Well like think of all the great things we didn't hear because of that ... You'll reach some sort of equilibrium at work when is as acceptable for a woman to cry as it is for a man to raise their voice.

On whether Democrats are as divided as Republicans

I do not accept that my party is as divided as the Republican Party. They don't know if they want to deport 800,000 DREAMers or make them citizens. They have enormous divides in their party. And I don't think that party is strong enough to have the kind of fights and policy debates that we have within our own party. The Democratic Party is always going to be a diverse group of people who are yelling at each other and fighting over what's the best way to do something.

This story was produced for radio by Tom Dreisbach and Brent Baughman, and adapted for the Web by Sam Sanders and Petra Mayer.