Accessibility links
Author Traces Christianity's Path From 'Forbidden Religion' To A 'Triumph' Religion scholar Bart Ehrman says that the early spread of Christianity transformed the entire history of the West — for better or worse. His new book is The Triumph Of Christianity. 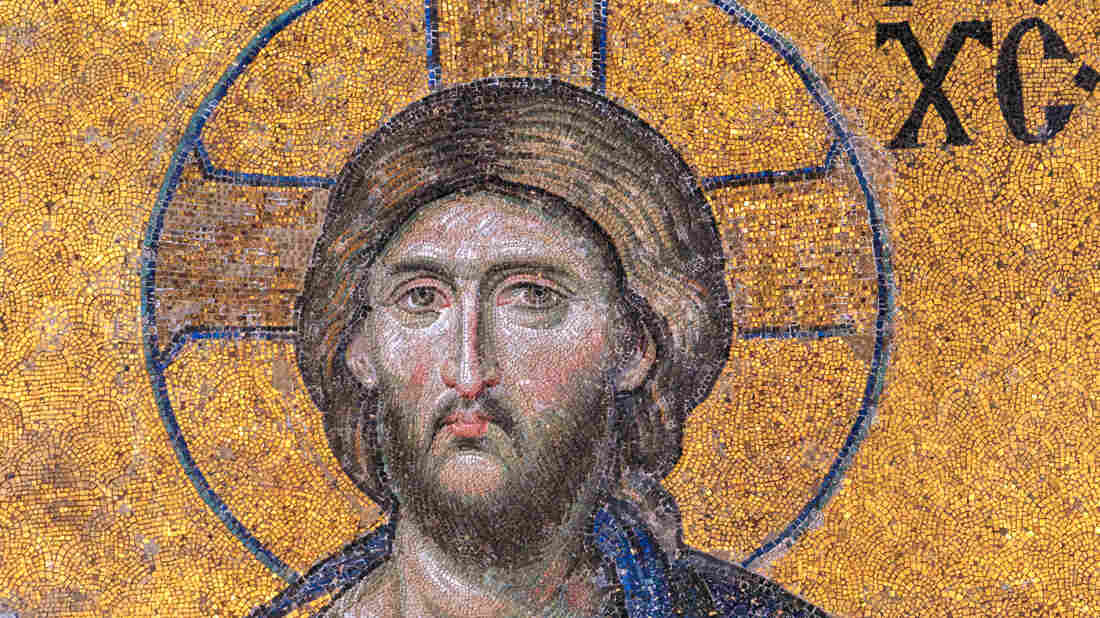 Jesus is depicted in a wall mosaic inside Istanbul's Hagia Sophia, which served as an Eastern Orthodox cathedral from A.D. 537 until 1453. Feng Wei Photography/Getty Images hide caption 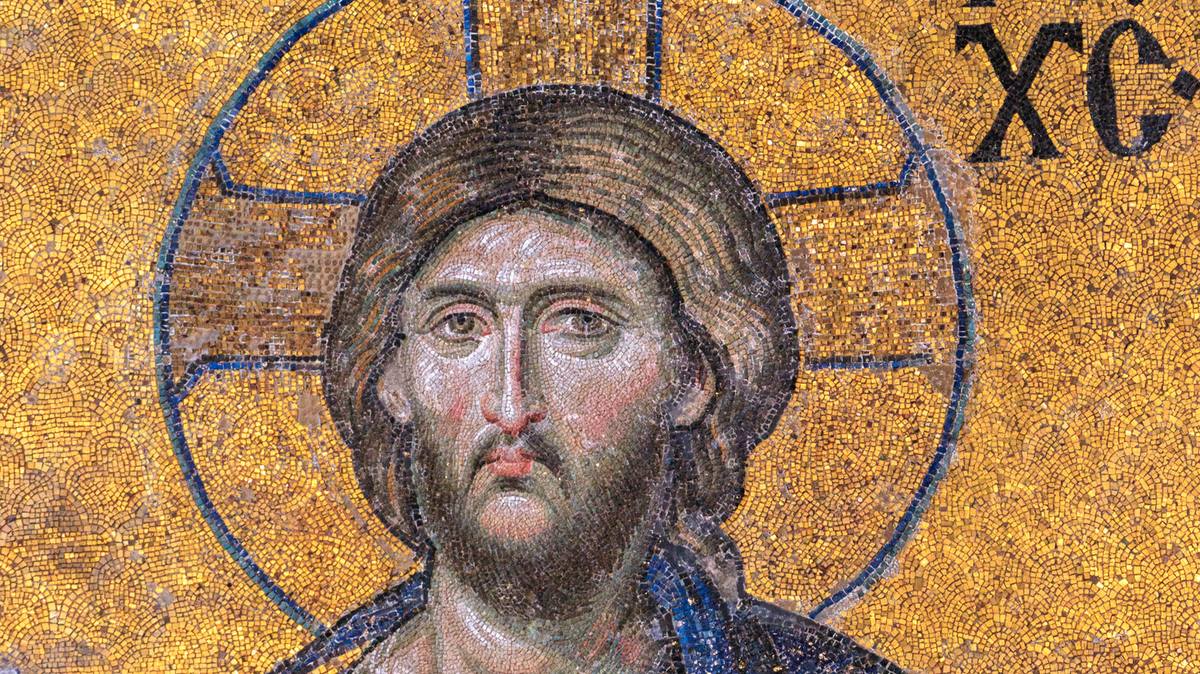 Jesus is depicted in a wall mosaic inside Istanbul's Hagia Sophia, which served as an Eastern Orthodox cathedral from A.D. 537 until 1453.

For years, religion scholar Bart Ehrman wanted to write a book about the early spread of Christianity, but he shied away from it because the topic seemed too big.

Eventually, Ehrman decided that the massive scope is what made the project so compelling: "The entire history of the West was transformed by the fact that Christianity took over the Roman Empire and then became the dominant religious and political and cultural force in our civilization," he says.

Ehrman's new book, The Triumph Of Christianity, chronicles the rise of Christianity as well as the subsequent demise of paganism. But despite the title, Ehrman asserts that his book doesn't carry a judgment concerning the spread of Christianity.

On why conversion was so important to Christians 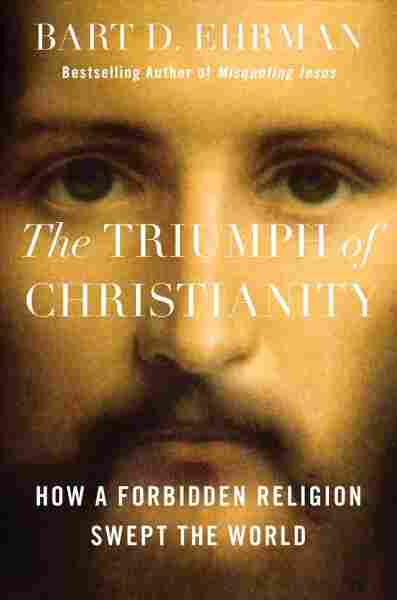 The Triumph of Christianity

How a Forbidden Religion Swept the World

It's one of the things that made Christianity quite distinct in the ancient world. It had to do with the nature of the Christian religion. Christians from the very beginning believed that it was Jesus' death and resurrection that could make a person right with God and that if a person was not right with God, they would pay an eternal penalty. There would literally be hell to pay if somebody didn't convert. And so Christians believed that their religion was the only right religion and that people had to practice their religion or else they would go to hell.

Moreover, Christians maintained that they were to follow Jesus' teachings of love. You're to love your neighbor as yourself. Well, if your neighbor is going to go to hell by not believing what you believe, and you love this person, then you need to make them see the error of their ways and convert them to your faith. And so that's what Christians were doing from the very beginning: Trying to convert others so that they could join the church and avoid the terrors of hell.

I think early in Christianity it was always voluntary. People were simply deciding that the Christian God was the one to be worshipped rather than the traditional pagan gods, and for several centuries it went on like that. We don't actually have records of forcible conversions in the sense that Christians were wielding the sword and forcing pagans to convert. We don't have that kind of thing.

On why there weren't more Jewish converts

Christianity started out as a group of Jesus-followers, who were all Jewish as he was, who agreed with his teachings, which were Jewish teachings. They believed that Jesus was the Jewish Messiah sent from the Jewish God to the Jewish people in fulfillment of the Jewish scriptures. They were Jewish.

But this message that they had — that Jesus was the Jewish Messiah after his death — simply didn't take among the Jews. Most Jews absolutely rejected the message, and they didn't think it was simply wrong — they thought it was somewhat ludicrous. Jews who were expecting a Messiah had a variety of understandings of what that Messiah might be, but the various understandings of the Messiah was that the Messiah was going to be a powerful figure who would destroy the enemies of the people of God and set up Israel as a sovereign state in its promised land. He was going to be a powerful warrior political figure.

Jesus, on the other hand, was a crucified criminal who is executed for crimes against the state. To call Jesus the Messiah struck most Jews as completely crazy. ... So most Jews simply didn't accept the Christian message, and early on at least, were quite opposed to it.

To Understand How Religion Shapes America, Look To Its Early Days

The term "pagan" when used by a historian is not a derogatory term. There's nothing negative about it. The term pagan is simply used by historians to refer to anybody who followed any of the traditional religions of antiquity, all of which were polytheistic.

These religions were quite diverse. There were hundreds, thousands of pagan religions and in some ways it's really not fair to lump them all together and call them a thing, so that paganism in a sense is something that we've constructed out of everything that wasn't either Jewish or Christian. ...

They emphasized practices rather than beliefs, so what mattered were saying prayers and performing sacrifices, and the gods were worshipped not because of an afterlife, but because of what the gods could provide in this life. The gods can control the weather, they can make sure the crops grow and that the livestocks multiply. They can heal the sick. They can take care of people by providing them with things that people can't provide for themselves. And so all of these various religions are doing this in a variety of ways, worshipping a variety of gods, but they do seem to have these common features.

On why pagans converted to Christianity

Why would somebody give up religious practices that had been going on in their family for generations, millennia, in order to follow a new religion? The answer seems to be that the Christians were meeting the pagans on their own grounds. The reason pagans were worshipping their gods is because the gods could provide them with things that they could not provide for themselves. It was all about divine power. We can't control if it rains. We can't control if the livestock reproduce. We can't control what happens when we get sick. We can't make ourselves well, but the gods can.

What the Christians argued was that the Christian God was more powerful than any other god, that this God was active in the world. He not only brought salvation through the death and resurrection of Jesus, he continues to act in the lives of his followers. He heals the sick. He casts out demons. He raises the dead. This God is very active and he is more powerful than any of the others, and so it came to be a competition between the gods, where the Christians were trying to convince people that their God was the superior one.

Phyllis Myers and Seth Kelley produced and edited this interview for broadcast. Bridget Bentz, Molly Seavy-Nesper and Patrick Jarenwattananon adapted it for the Web.