Spending Bill Caught In Partisan Fight Ahead Of Friday Deadline

Spending Bill Caught In Partisan Fight Ahead Of Friday Deadline 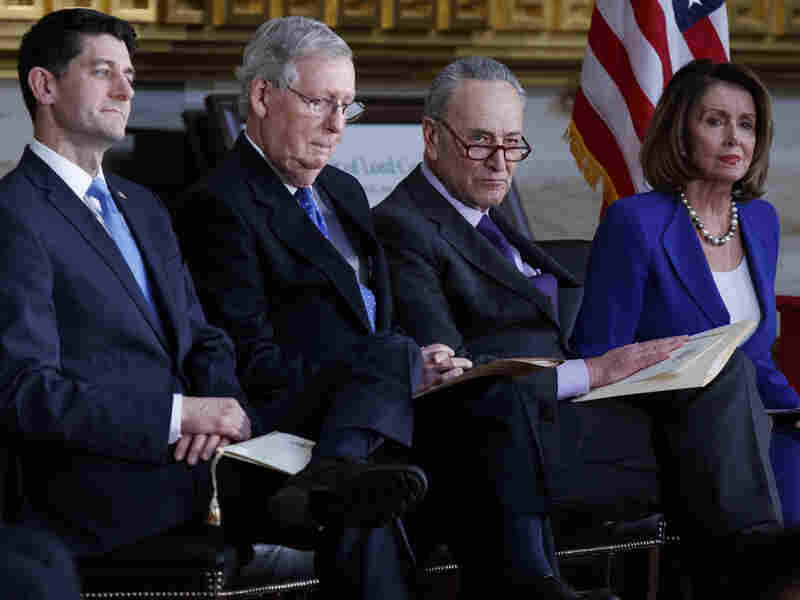 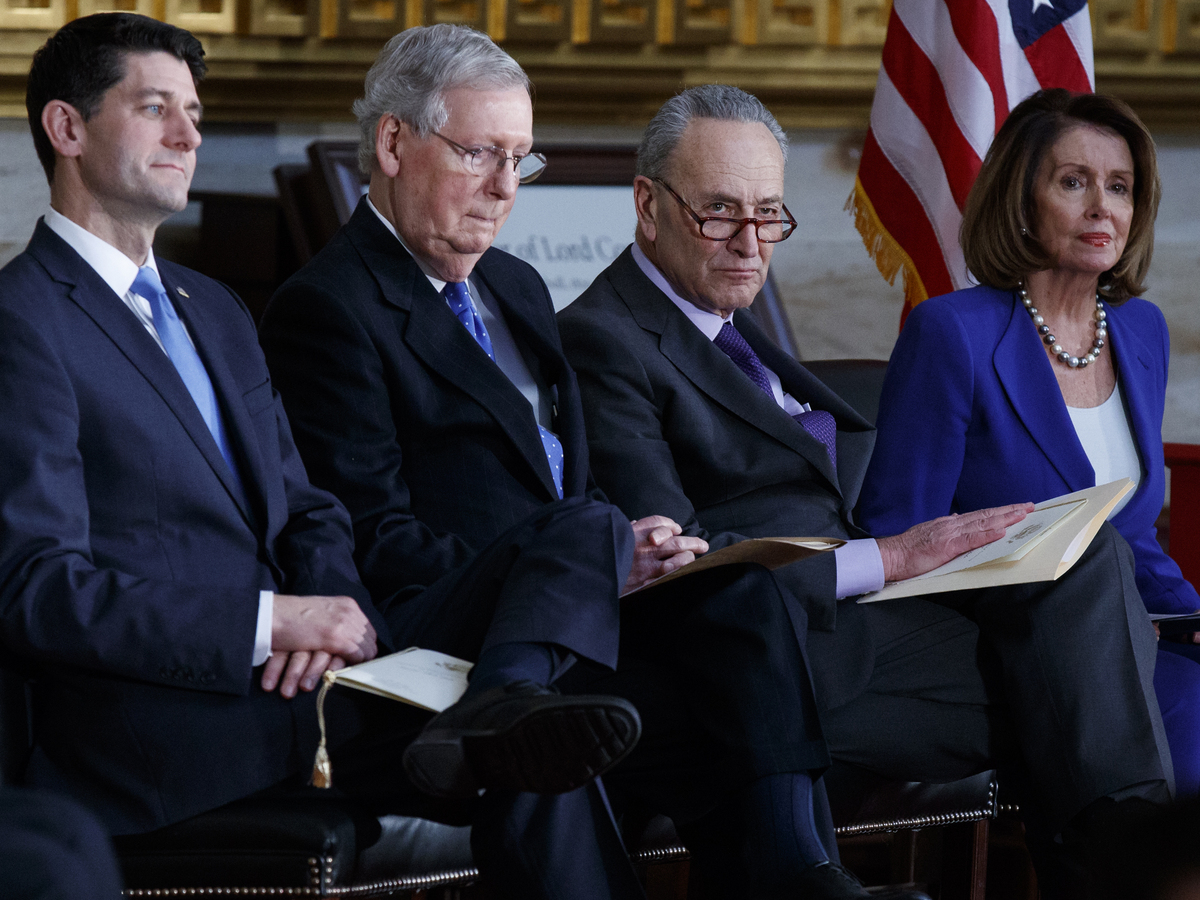 Congressional negotiators delayed the release of a $1.3 trillion spending bill Tuesday as the clock ticked closer to a Friday shutdown deadline amid battles over more than a dozen unresolved policy matters.

Leaders originally planned to release the details of the bill over the weekend but the spending talks remain mired in fights over immigration, gun control and health care.

These unrelated policy measures, known as riders frequently plague spending bills and leaders are downplaying the chances of a shutdown. House Speaker Paul Ryan, R-Wisc., told reporters Tuesday that talks dragged into the night Monday but the bill was nearly complete.

"There are some unresolved issues," Ryan said at a weekly press conference. "We're working through them as we speak and we hope to post today."

That delay means the Senate would have less than 48 hours to pass a spending bill before the shutdown deadline — a task that could prove difficult under strict Senate rules that call for lengthy debate on the bill. A single Senator could force a temporary shutdown by objecting to a request to shorten the debate time, as Sen. Rand Paul, R-Ky. did last month.

One of the biggest squabbles centered on funding for payments to shore up the individual marketplaces covered by the Affordable Care Act. The two parties were at odds over whether insurers could use payments meant to offset the cost of insurance for low-income people to pay for plans that cover abortion.

It is a complex fight that dragged well into the night Monday. Senate Health Education Labor and Pensions Chairman Lamar Alexander, R-Tenn., blamed Democrats for stalling the subsidies over a GOP effort to apply a long-standing restriction on federal funding for abortion, known as the Hyde amendment, to the subsidy payments.

"Suddenly they're trying to turn a 40 percent decrease in health insurance rates into a discussion of extreme abortion language," Alexander told reporters Monday. "It says very simply the federal government can't pay for abortions but anybody else can."

Also at issue is the fate of immigrants who are in the country illegally after being brought to the country as children. President Trump announced last year that would rescind the Deferred Action for Childhood Arrivals program, known as DACA. Courts have delayed the implementation of that order but Democrats say they want Congress to immediately pass legal protections for those immigrants.

But Democrats are unwilling to swap those protections for $25 billion in funding for Trump's planned wall along the U.S.-Mexico border. The number two Senate Republican, John Cornyn of Texas, told reporters Monday that he expects the immigration battle will not be resolved in this spending bill.

"It sounds like everybody is still where they were on DACA," Cornyn said. "Nobody has really moved."

Instead, Democrats appear likely to accept roughly $1.6 billion in border protection funds as part of the spending bill.

Leaders say they hope the issues will be resolved quickly so that the Senate can vote on the measure before the Friday deadline.