Accessibility links
From Clues To Capture: Forensics, Profiling And The Hunt In Austin Former FBI agent Mary Ellen O'Toole discusses the role of forensic and behavioral experts in catching a serial criminal in an investigation like the bombing probe in Texas. 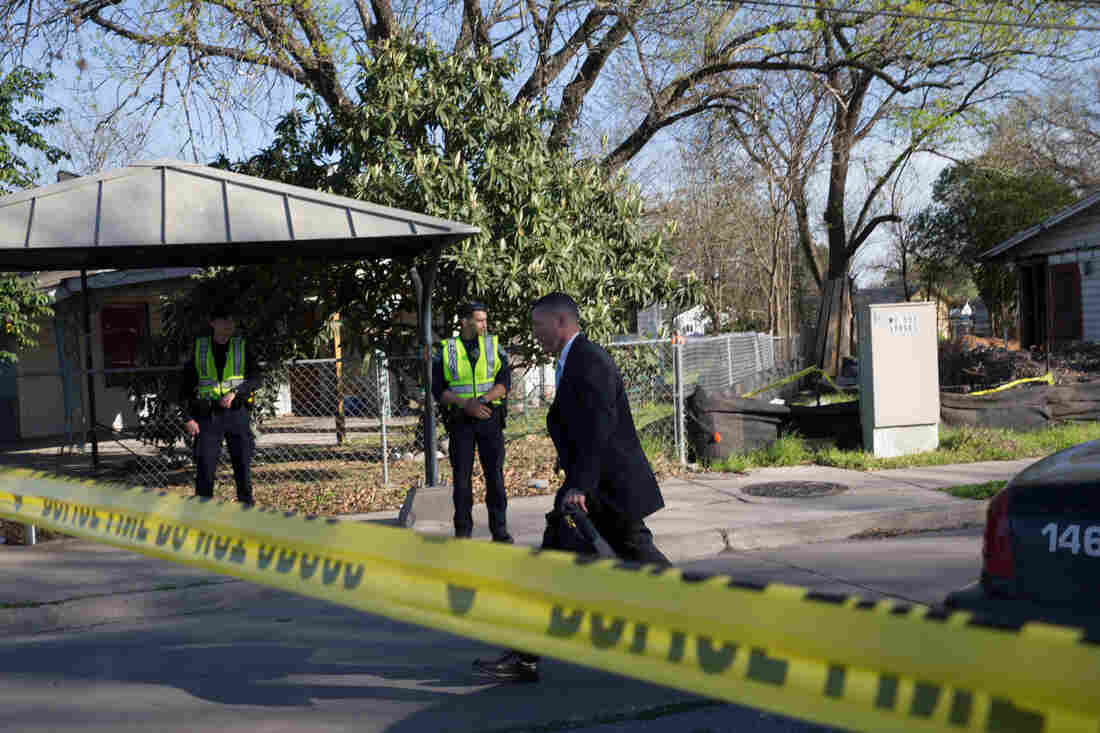 Authorities examine the scene of a bombing in Austin, Texas, on March 12. A woman in her 70s was injured in the explosion. Officials have said there is a serial bomber attacking the Austin area. Suzanne Cordeiro/AFP/Getty Images hide caption 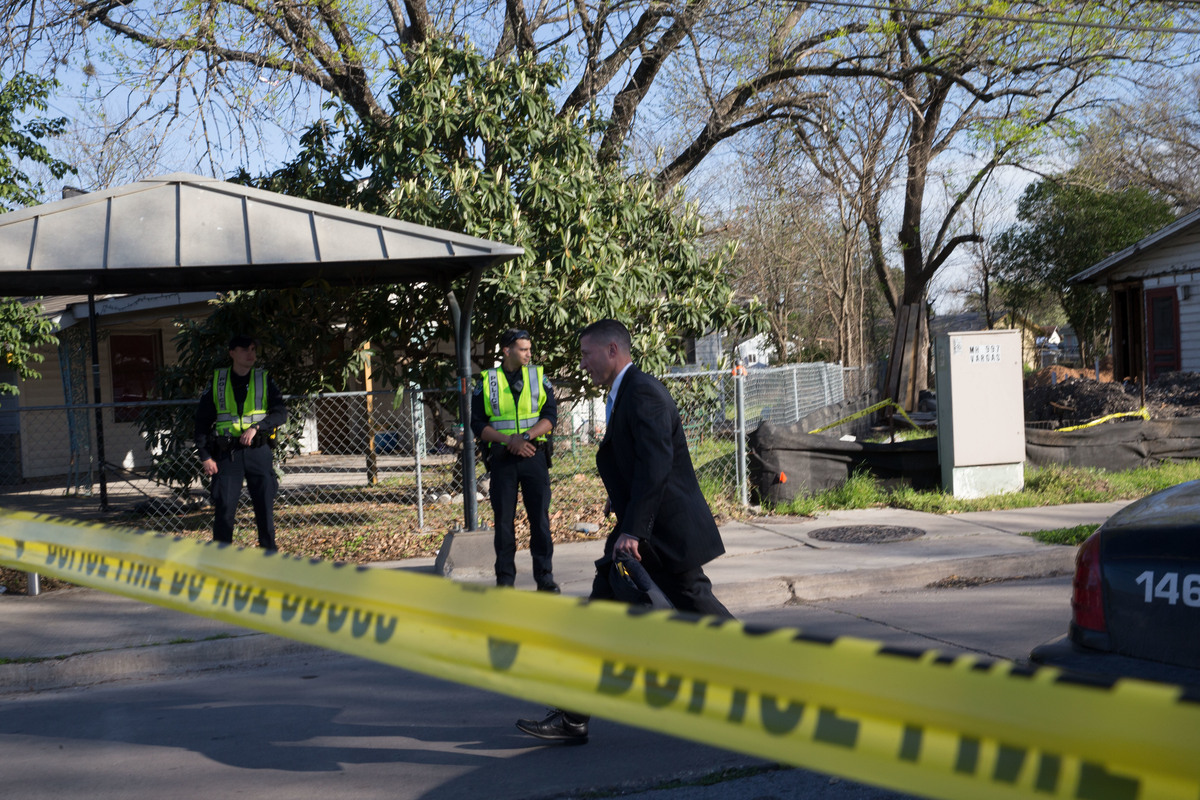 Authorities examine the scene of a bombing in Austin, Texas, on March 12. A woman in her 70s was injured in the explosion. Officials have said there is a serial bomber attacking the Austin area.

The task of catching a criminal – such as the one(s) behind the apparent serial bombings in Austin, Texas – often hinges on forensic experts, whose job may involve concocting a profile of the perpetrator or perpetrators.

"You're building the outline of who this individual is, and you'll fill it in as more information becomes available," retired FBI agent Mary Ellen O'Toole told NPR's All Things Considered on Tuesday.

She worked on the search for the Unabomber and other high-profile criminals, and now directs the forensic science program at George Mason University.

O'Toole is not involved in the Austin bombing investigation.

On clues that help identify a bomber

Forensic investigators are looking for biometric identifiers: DNA, fingerprints, or maybe a hair that was left over by the bomber. [Those identifiers] can survive a blast. And they're always there.

Bomb That Exploded At A FedEx Facility Was Sent From, And To, Austin, Police Say

That's why investigators are being so intense and so inclusive about conducting that crime scene. Because they know that one little piece that was found maybe a block away could contain that biometric identifier that leads them to the bomb-maker. ...

Now you have multiple devices, so you have evidence that has been left over or survived on all of them. ... And that will ultimately lead to his being identified.

The other thing I would say: this is someone that is working at a harried pace, at a very exaggerated pace. And when you see a serial offender doing that, especially with bomb-making, they will make mistakes. So he* can either injure himself or even kill himself when he tries to make the next bomb – or his mistakes will cause him to be identified.

O'Toole says statistically, it is "more than likely" that the bomb-maker targeting the suburbs of Austin is male.

On the process of piecing together a profile

One of the first things that investigators will be looking at are the devices, and what remained after they were detonated. How the device was built, and what was used inside it. What were the component parts made out of – were they available in common, everyday hardware stores? And how were the wires tied? How complicated was the triggering system? So they'll have a lot of information about the skill level of the bomb-maker. ...

[Whoever is behind the Austin bombings] has already killed two people. And after the first murder, he continued to place a bomb in a neighborhood, where the potential for death or major injury was significant. That suggests somebody without compassion, without empathy. Someone that's arrogant in the face of law enforcement. So this is someone that is probably [enjoying] the feeling of power and control – almost like holding the city of Austin hostage out of fear.

On the reliability of profiling

It is common to readjust and reevaluate information as it becomes available. One of the major components, foundations of an FBI profiler, is that you have multiple people who are consulting on the case. That's what they have down in Austin ... because one person may see something that another profiler may not.