Accessibility links
Trump And Biden Fight Over Imaginary Fight The two septuagenarian politicians got into a back-and-forth about who would beat up whom in an imaginary brawl, as Biden makes a move hinting at a possible 2020 campaign. 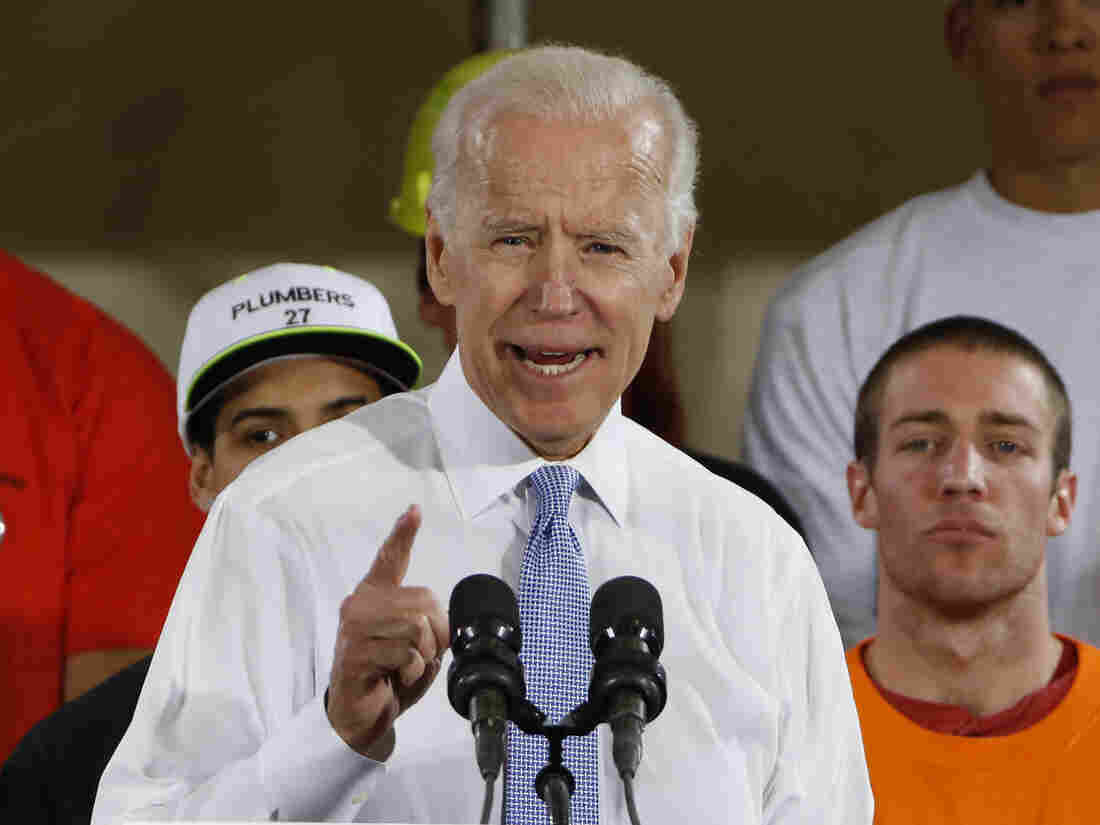 Former Vice President Joe Biden got into a verbal tussle with President Trump over who would win a fight, just before announcing a three-part "Plan To Put Work-and Workers-First." Gene J. Puskar/AP hide caption 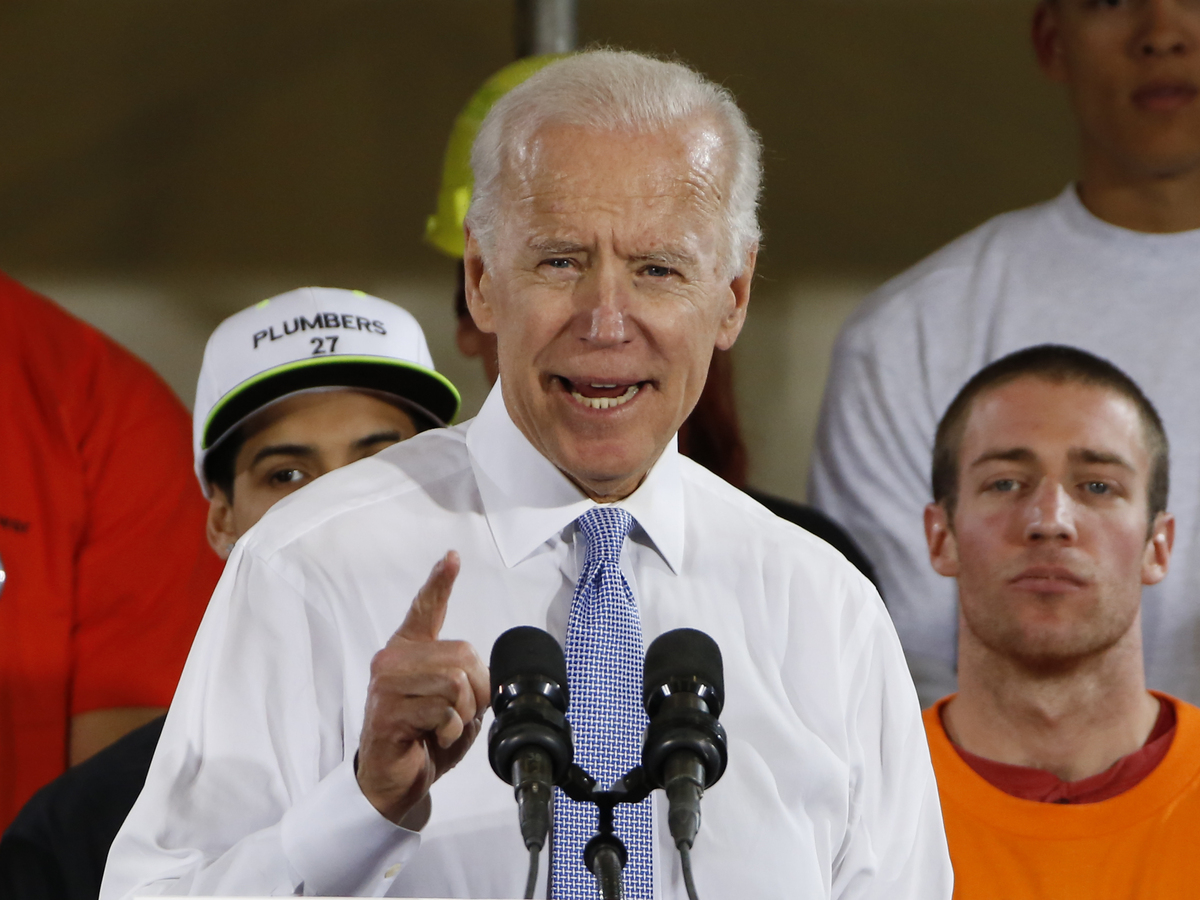 Former Vice President Joe Biden got into a verbal tussle with President Trump over who would win a fight, just before announcing a three-part "Plan To Put Work-and Workers-First."

On Tuesday, Biden spoke at a University of Miami rally in Florida against sexual violence and said, "A guy who ended up becoming our national leader said, 'I can grab a woman anywhere and she likes it.' "

Biden added, "If we were in high school, I'd take him behind the gym and beat the hell out of him."

It's a taunt he has traded with the president on several occasions.

Trump responded to the latest Biden comment on Twitter on Thursday morning, boasting that the former vice president "would go down fast and hard" if the two got into a tussle.

Crazy Joe Biden is trying to act like a tough guy. Actually, he is weak, both mentally and physically, and yet he threatens me, for the second time, with physical assault. He doesn’t know me, but he would go down fast and hard, crying all the way. Don’t threaten people Joe!

The scuffling over an imaginary brawl comes as Biden prepares to announce members of the Biden Institute Advisory Board on Thursday, through his program at the University of Delaware, along with a three-part vision called "A Plan to Put Work-and Workers-First."

Biden has been campaigning for Democratic candidates, including Rep.-elect Conor Lamb, who won a special election this month for a House seat in a district that Trump won easily in 2016.

Biden is widely believed to be mulling a run for the White House in 2020, and he has been traveling across the country promoting a recent memoir.