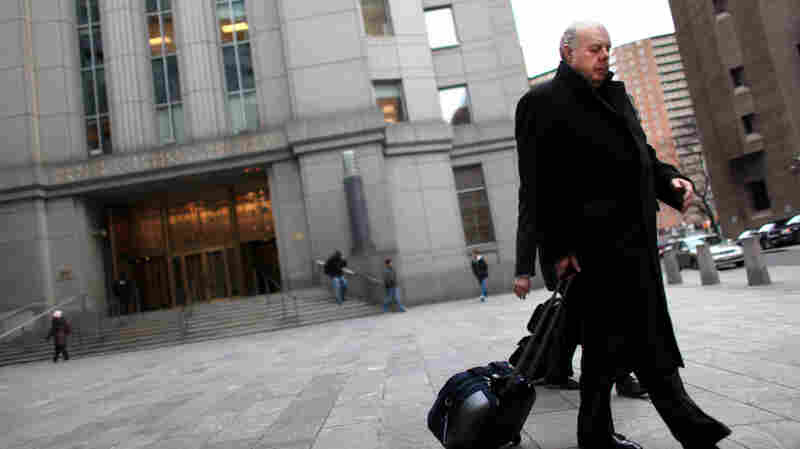 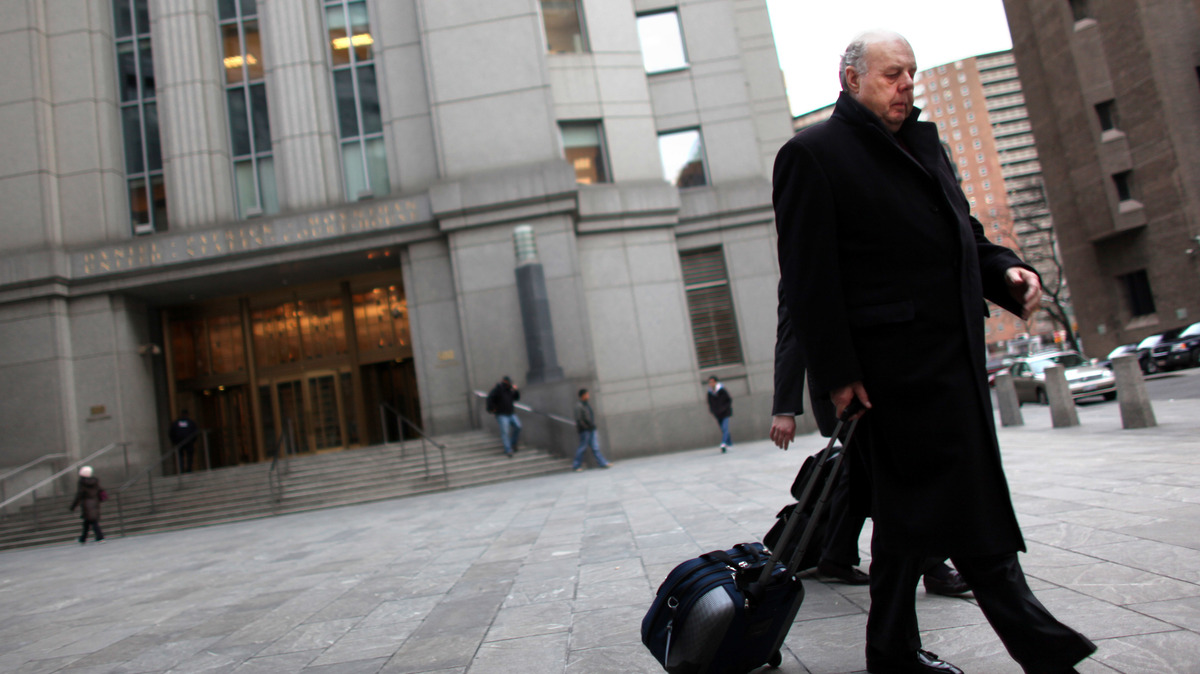 John Dowd, seen in New York City in 2011, has resigned from the Trump team.

John Dowd, the veteran attorney leading President Trump's outside legal team, has tendered his resignation, marking a shakeup just as Trump had turned his Twitter ire on special counsel Robert Mueller and his investigation.

Dowd declined to explain why he was leaving the team that is helping the president deal with the Russia investigation. But a source familiar with Dowd's thinking says he was tired and frustrated, in a draining job with not enough resources and with a client who was not taking his advice.

When reached by phone all Dowd would say is, "I love the president and wish him well."

Trump's legal team is in the midst of ongoing discussions with Mueller over a possible interview with President Trump. Dowd recently described them as "productive and constructive." Speaking at a White House event Thursday after news of the resignation broke, the president told reporters he would like to speak to investigators as part of the Mueller probe.

Over the weekend, however, Dowd suggested that the Mueller investigation be shut down. At first, he said he was speaking as the president's counsel; then he walked it back to say he was speaking for himself.

"Just end it on the merits in light of recent revelations," Dowd said in an email.

"I pray that Acting Attorney General Rosenstein will follow the brilliant and courageous example of the FBI Office of Professional Responsibility and Attorney General Jeff Sessions and bring an end to alleged Russia Collusion investigation manufactured by McCabe's boss James Comey based upon a fraudulent and corrupt Dossier," Dowd emailed.

Hours later, President Trump began tweeting his own criticisms of the investigation, using Mueller's name for the first time:

The Mueller probe should never have been started in that there was no collusion and there was no crime. It was based on fraudulent activities and a Fake Dossier paid for by Crooked Hillary and the DNC, and improperly used in FISA COURT for surveillance of my campaign. WITCH HUNT!

Dowd's resignation also comes just days after the president added a new lawyer to the team, Joe diGenova, who has been outspoken in his attacks on the Justice Department Russia investigation.

"There was a brazen plot to illegally exonerate Hillary Clinton and — if she didn't win the election — to then frame Donald Trump with a falsely created crime," diGenova said on Fox News in January.

Dowd was reportedly blindsided by the hire and according to one source expressed concerns to Trump that diGenova had conflicts of interest because his small law firm also represents former Trump campaign advisor Sam Clovis and former Trump legal team spokesman Mark Corallo, both of who have reportedly been interviewed as part of Mueller's investigation.

Dowd had only just been brought onto Trump's legal team last June to add some Washington experience to Trump's defense. Here's the thumbnail of Dowd's career we wrote up back then:

John Dowd is best known as the author of the Dowd Report, which led to Pete Rose's lifetime ban from baseball for gambling on the game.

"I'm very, very happy and very proud of the commissioner of baseball for protecting the game," Dowd told NPR two years ago, when Major League Baseball denied Rose's request to be reinstated. "In this day and age, protecting the integrity of anything is a big deal."

In 2011, Dowd represented Raj Rajaratnam in a major insider-trading case. Rajaratnam was convicted on all counts and walking out of the courtroom Dowd offered some choice words to a CNBC reporter, flipping off the camera.

Attorney John Dowd (left), who now is part of the legal team working for Trump, leaves U.S. District Court with his client Raj Rajaratnam after jury deliberations about an insider trading case in New York in 2011.

But more to the point, Dowd is a seasoned Washington hand who represented Sen. John McCain, R-Ariz., in the Keating Five scandal (McCain was cleared) and helped a retired Air Force colonel get immunity to testify in the Iran Contra scandal.

That's experience that would be quite valuable if the president is in fact being investigated for obstruction of justice by the special counsel.