Accessibility links
House Intel GOP Report: Witnesses Say They Didn't Collude With Russian Interference The intelligence committee's Republican majority cites the denials of people in Trump world that they conspired with the active measures that targeted the 2016 election. 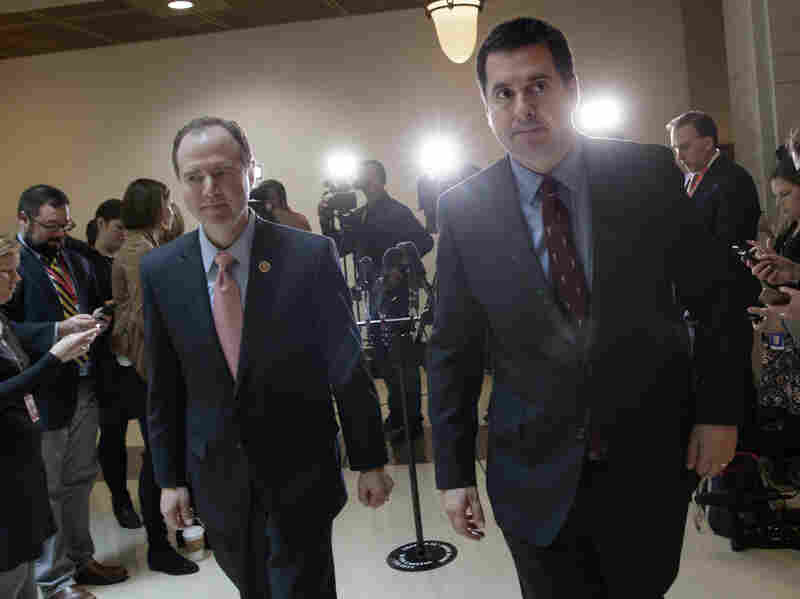 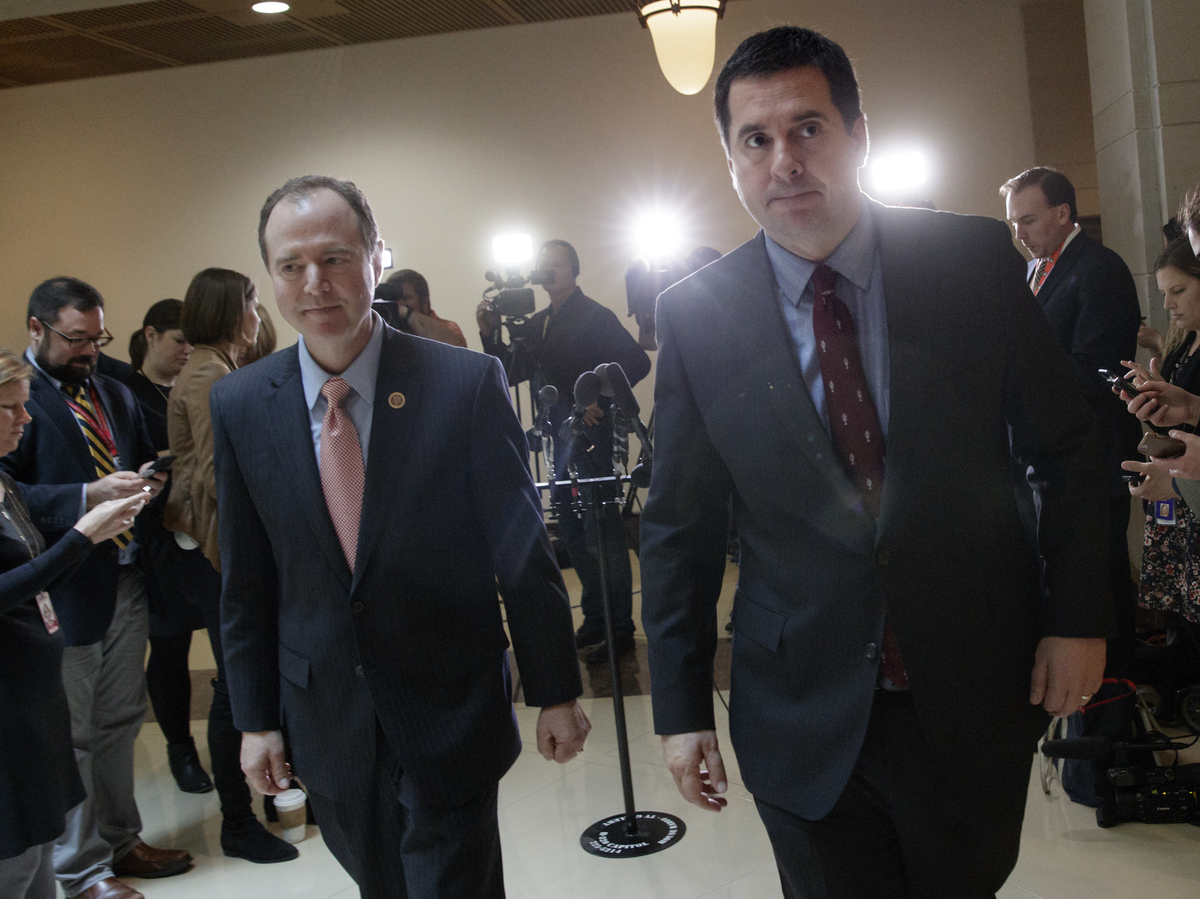 House intelligence committee Republicans revealed Thursday why they're ending their investigation into Russia's attack on the 2016 election by concluding President Trump's campaign did not conspire with it: People involved said they didn't.

"When asked directly, none of the interviewed witnesses provided evidence of collusion, coordination or conspiracy between the Trump campaign and the Russian government," according to new documents.

Committee Republicans also found no evidence that Trump's "pre-campaign business dealings formed the basis for collusion during the campaign."

The panel confirmed several contacts between Trump campaign aides and Russians, as well as communications between people in Trump world and Wikileaks, through which Russian intelligence fenced stolen political communications.

Republicans concluded those contacts were "ill-advised," but not illegal or improper.

Intelligence committee Republicans used their majority on Thursday to end their Russia investigation and start the process of declassifying their secret report.

Unclassified portions of the report were released, including a summary of many of its findings and recommendations.

Chairman Devin Nunes, R-Calif., hailed what he called the thoroughness of the House committee's investigation and said he hopes its recommendations are adopted to safeguard democracy from more interference by Russians or others.

"This report, based on 70-plus witness interviews and more than 300,000 documents collected, provides specific findings and recommendations to improve our election security before the mid-term elections," he said.

The intelligence panel's top Democrat, Rep. Adam Schiff of California, called the report a whitewash and said Republicans have blocked avenues of investigation that might have uncovered facts unpalatable to them and Trump.

Schiff also lamented what he called the descent of the House Permanent Select Committee on Intelligence from what he said was a tradition of collegiality into today's partisan gridlock.

"It's a rather sad chapter for our committee's long history," Schiff told reporters at the Capitol.

Other critics took a harsher line: "This report is nothing less than the greatest assault on the legislative independence of the House of Representatives in its history," said Rep. Jackie Speier, D-Calif. "And it has stunningly been self-inflicted."

Nunes said that when the final committee report appears publicly, it could include points from Schiff and Democrats, if they want to include them. But minority members already have detailed what they call the obstruction by Republicans of certain interviews, or the issuance of subpoenas or other lanes of inquiry.

Republicans' report doesn't just give Trump and his campaign a clean bill of health. It includes a few new facts in the Russia imbroglio.

That's in spite of accounts in court documents that described senior campaign officials encouraging Papadopoulos to take the Russians up on their offers. Republicans' summary suggests that ultimately, the Trump campaign never did.

Papadopoulos has pleaded guilty to lying to the FBI about his contacts with Russians and is cooperating with the office of Justice Department special counsel Robert Mueller, whose investigation of the Russia matter continues.

Republicans say that with their investigation complete, Washington should move on to what they've called a new phase, one focused on securing the upcoming midterm and 2020 races.

The intelligence committee majority makes a number of recommendations to that end, including urging the FBI to improve the notice it gives victims of cyberattacks, more support from the federal government for state elections and better notifications for Congress about foreign cyberthreats.

Members of Congress and the states could use some of the recommendations as a road map if Congress approves an injection of new funding into election security as part of this week's omnibus bill.