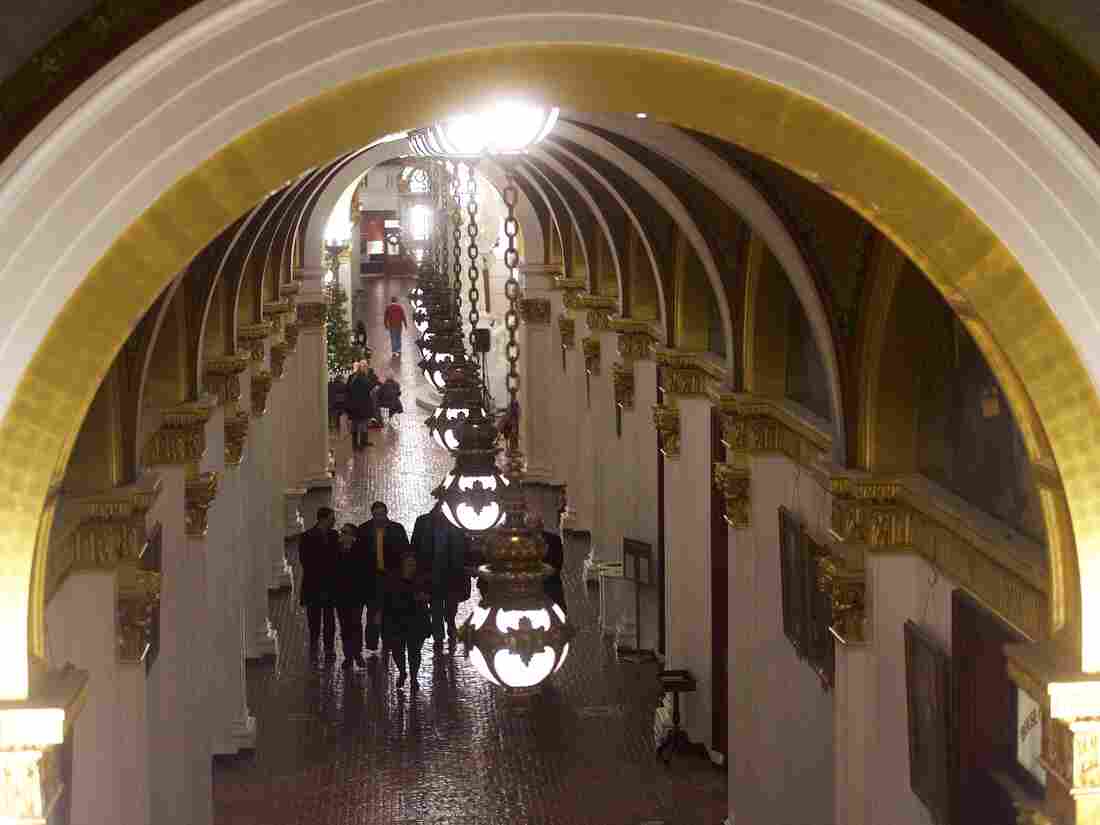 Visitors walk the hallway inside the Pennsylvania Capitol near the House of Representatives chamber. A Republican lawmaker wants to impeach four of the state Supreme Court's justices who ruled that the congressional map be redrawn in time for the 2018 midterm elections. Mark Makela/Getty Images hide caption 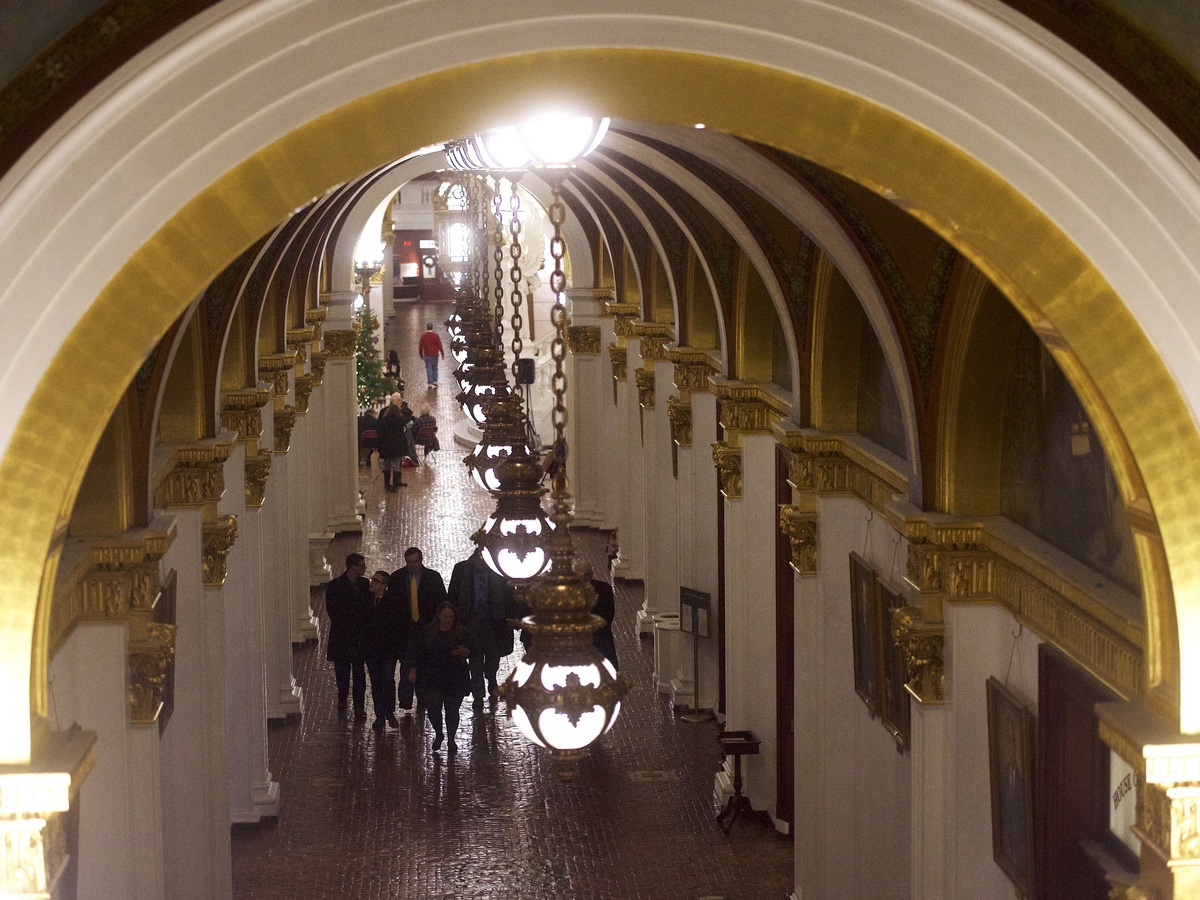 Visitors walk the hallway inside the Pennsylvania Capitol near the House of Representatives chamber. A Republican lawmaker wants to impeach four of the state Supreme Court's justices who ruled that the congressional map be redrawn in time for the 2018 midterm elections.

The chief justice of Pennsylvania's Supreme Court is condemning moves to impeach most of the court's Democratic justices.

The impeachment resolutions, introduced by a Republican lawmaker, follow a tense battle over the commonwealth's redrawn congressional map, which the Democratic-majority court imposed after declaring the previous map unconstitutionally gerrymandered to favor Republicans.

Chief Justice Thomas Saylor, himself a Republican, said he was "very concerned" about the filings.

"Threats of impeachment directed against Justices because of their decision in a particular case are an attack upon an independent judiciary, which is an essential component of our constitutional plan of government," he wrote in a statement.

State Rep. Cris Dush is the lawmaker behind the impeachment push. He is specifically taking issue with the fact that after invalidating the map, the court called for it to be redrawn in time for the 2018 midterm elections.

Justices gave lawmakers three weeks to fix it but didn't provide their full opinion until two days before the deadline.

Dush has not introduced a resolution for the court's fifth Democrat, Max Baer, because Baer didn't want to redraw the congressional map so quickly even though the justice also thought the 2011 boundaries were unconstitutional.

Dush first circulated his plan in early February. GOP leaders in the House were at first reluctant to talk about it, citing the fact that they hadn't discussed the matter as a caucus, but the idea found support among a number of lawmakers in the General Assembly. And in a press conference soon after the court's decision, Republican U.S. Sen. Pat Toomey said impeachment of justices was "a conversation that has to happen."

While he believes "the state Supreme Court's decision to draw and implement their own congressional redistricting map is wrong," he said, "disagreement over the outcome of any particular case should not be grounds for impeachment."

The U.S. Supreme Court and another federal court declined to intervene in the case, letting the Pennsylvania Supreme Court's decision stand.

The justices' congressional map, released about a month ago, was drawn by Stanford professor Nathan Persily, who has contracted with a number of states to draw nonpartisan maps.

It is set to take effect for the May 15 primary election.

The new district lines are totally reshaped and renumbered, and they significantly improve Democrats' prospects. Under the 2011 map, Democrats won only five of Pennsylvania's 18 congressional seats three elections in a row — even though Donald Trump only narrowly won the state and Barack Obama won it twice.

Analysts say the new boundaries give the party a shot at snagging at least eight, and possibly as many as 11, seats.