Accessibility links
An 'Anna Karenina' For Our Times At Moscow's Bolshoi Theatre The world-famous ballet company is iconic in Russia. Principal dancer Olga Smirnova says a new staging of a beloved epic takes it into the 21st century. 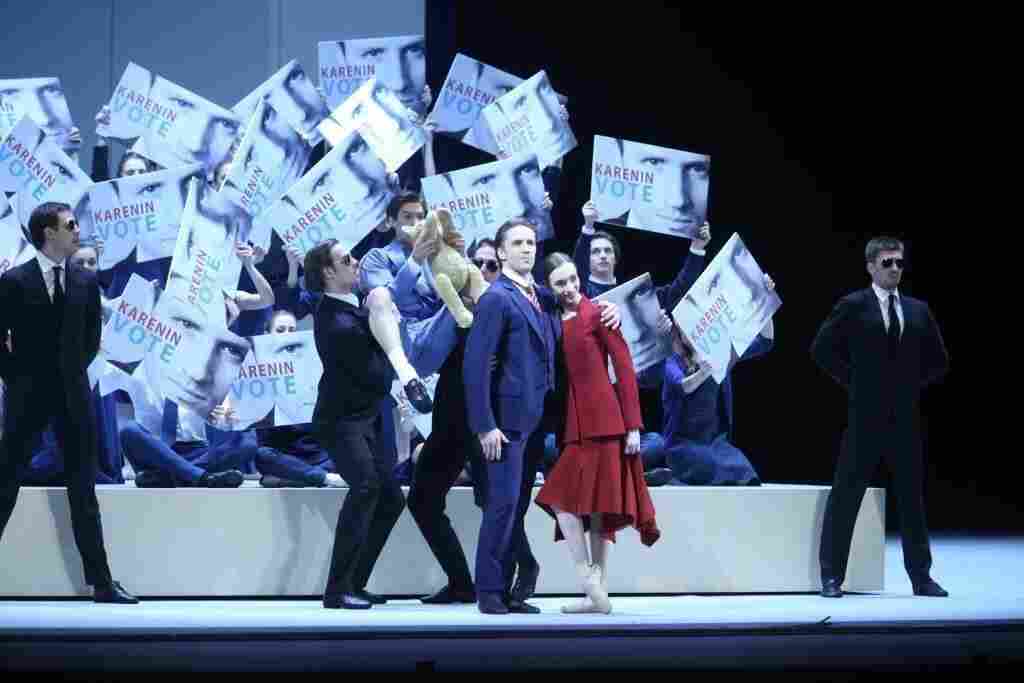 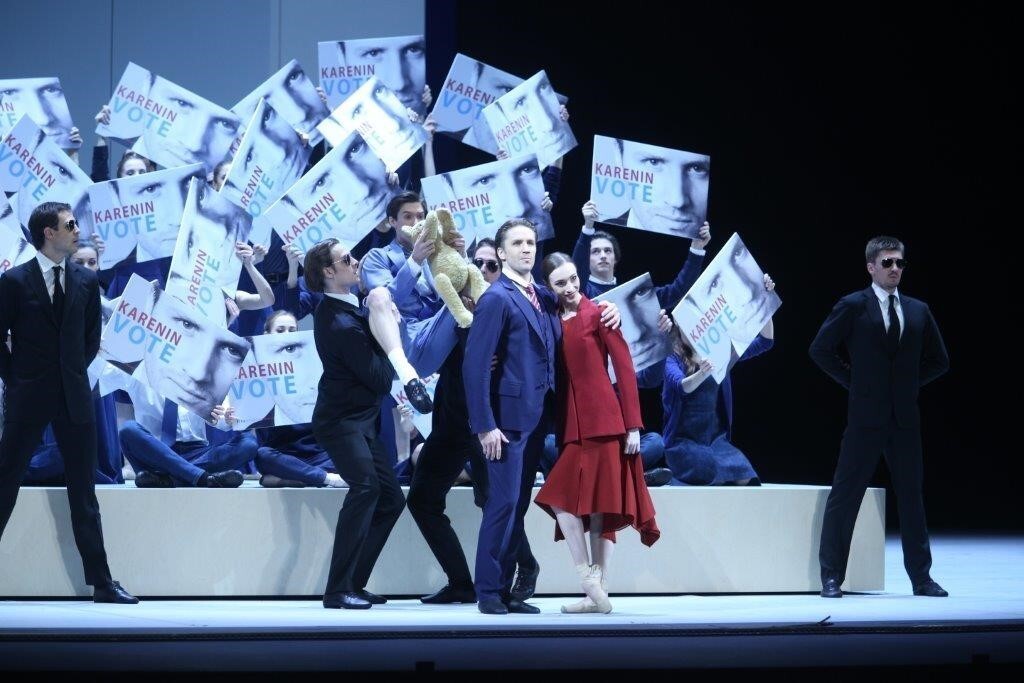 If you want to know how much the Bolshoi Theatre means to Russia, pull out a 100 ruble note, and there it is: the grand facade of the building.

Go inside, and it's an imperial wonderland. Gilded balconies ring the stage, and more than 100 crystal chandeliers shimmer above rows of crimson velvet seats.

It's impressive, but not quite as impressive as what's happening onstage. Dancers in toe shoes and tights are rehearsing Anna Karenina, a ballet based on the Tolstoy epic.

The premiere is tonight in Russia, and choreographer John Neumeier is perched on the edge of the stage — shouting instructions, leaping up and modeling corrections to the dancers.

The ballerina playing Anna Karenina writhes on a bed. She's got a fever, she's delirious, and she's torn between two men and society's expectations of her. You know the story. 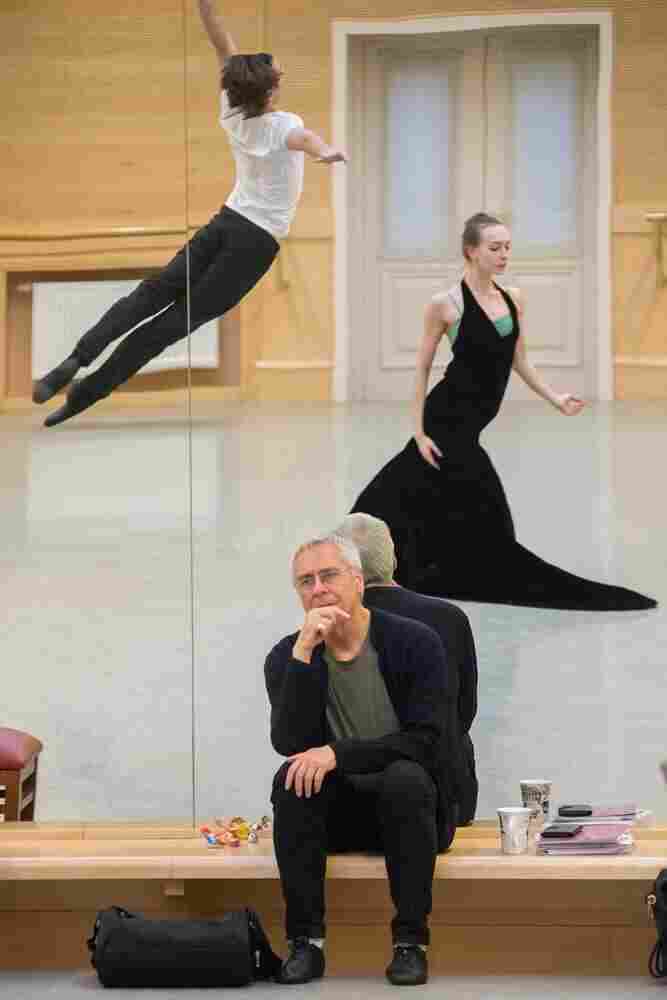 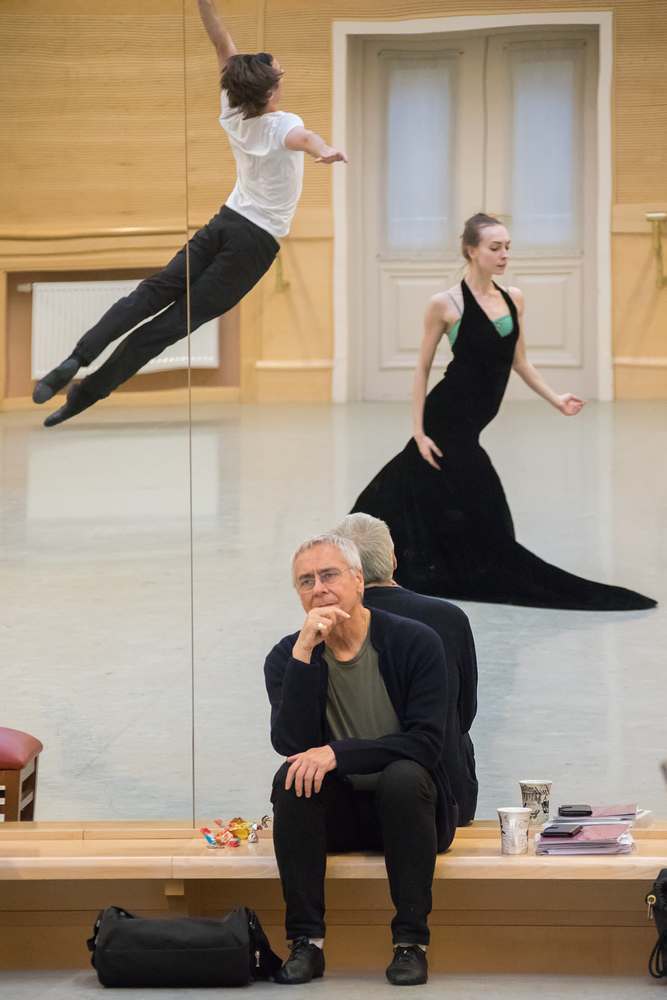 John Neumeier oversees a rehearsal of Anna Karenina, with Artem Ovcharenko as Alexei Vronsky and Olga Smirnova as Anna.

When the rehearsal wraps, we head backstage to meet Anna Karenina herself — or at least the woman dancing the part. Her name is Olga Smirnova, a 26-year-old prima ballerina, which is young to be a principal dancer here.

She studied in St. Petersburg and was recruited at age 18 to move to Moscow and perform with the Bolshoi. It was a decision she describes as hard — but also easy.

"I think it is the best ballet theater in the world at the moment," Smirnova says in translation. "I am not saying this because I work here — this is an objective assessment. No other theater can present such a diversity of repertoire, such high-quality performances like the ones that exist at the Bolshoi Theatre."

The Bolshoi Ballet dates back to 1776. Today, it is the world's biggest ballet company, with more than 200 dancers. And they dance here not because they have to, but because they want to.

"After the end of the Soviet Union, dancers could travel freely to other countries," Smirnova says. "They could show their art and see what's happening in the world. Today, there are many dancers who are well-known, but they don't represent any particular theater company or country. But for me, it gives me great joy to represent the Bolshoi."

We ask Smirnova about the role we've just watched her rehearse — about the pressure of performing one of the great Russian classics. But she tells us that the beauty of this production is that it shifts the Anna Karenina story to the present day. She could wear her costumes straight out the door to a cocktail party tonight.

"This makes it more relatable, not only for the performers, but also for our audience," she says. "The tragedy of Anna and Vronsky in the book is the impossibility of divorce at the time. But today, because everyone can file for a divorce, it is not such a tragedy. So Neumeier shifted the focus, and I think it makes much more sense this way."

In this staging, Anna's husband is running for political office, and Anna is his greatest weapon. She's beautiful, glamorous — and sick of being treated like an ornament by her ambitious husband.

Smirnova says she recently re-read the book Anna Karenina "with great pleasure," which helped her understand her character more fully: "It is important to understand the reasons behind her decisions — her words, her thoughts, why she comes to such conclusions and her overall state of mind. ... It is important for me to know how she was feeling, so I can show this in her character development."

She wants the audience watching her now in Moscow to be able to relate Anna Karenina to their own lives, and not just as a great story that Tolstoy told many years ago.

"It becomes inter-generational, just like when you are reading a book," Smirnova says. "You can find the answer to a question you are asking yourself today."

To her, this is the power of ballet.

"Yes, this is the power of art," she says. "You forget for a moment about your own problems. This experience has a sort of healing power, and this is my challenge — to capture your attention fully."

Anna Karenina opens tonight in Moscow, and on Saturday evening, it's Olga Smirnova's turn to dance the role.