Accessibility links
A Contract Killer Walks Into An Acting Class, On HBO's 'Barry' Bill Hader stars as a depressed hit man who wants a fresh start in acting but can't seem to get one. And the HBO comedy-drama asks questions most antihero shows won't. 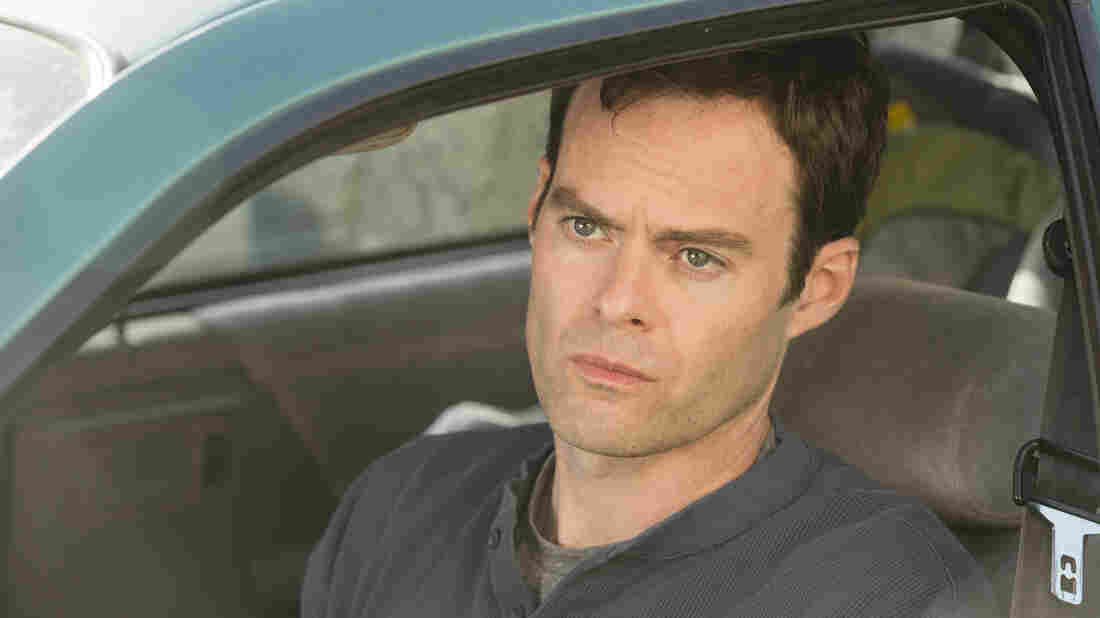 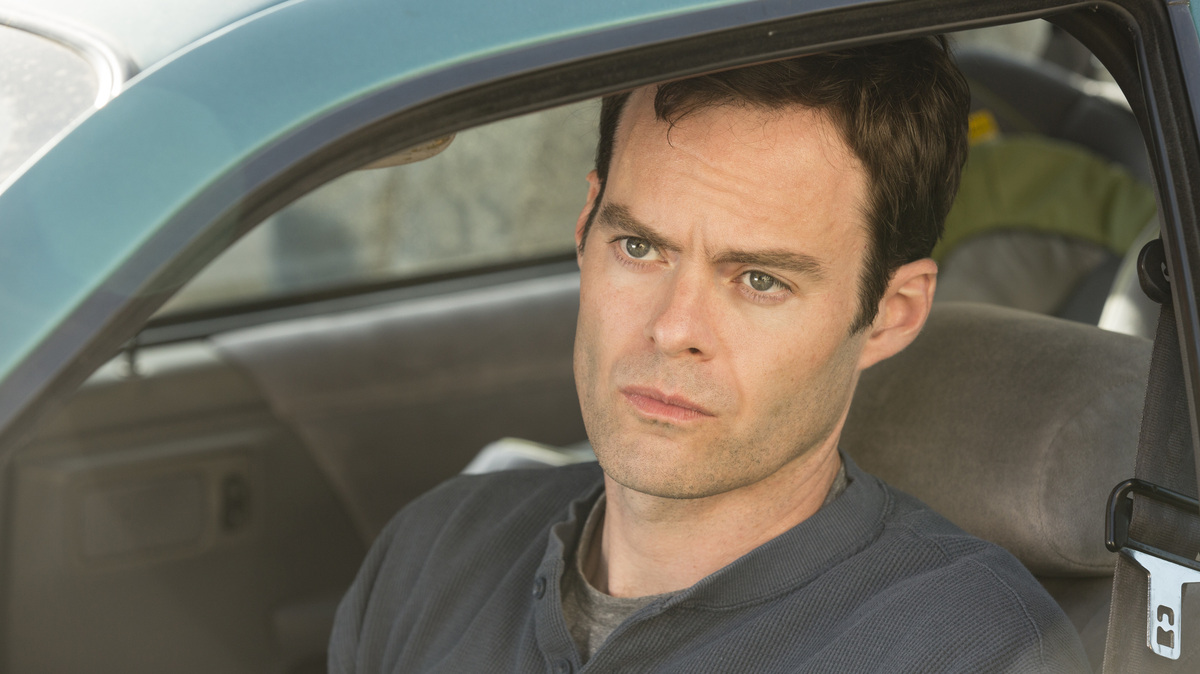 Barry (Bill Hader) is a hit man, but what he really loves is community theater.

That setup, which opens the new HBO dark comedy Barry, is very nearly a television cliche in the age of the sympathetic mafia family and the meth-dealing high-school science teacher. The fact that Hader and his co-creator Alec Berg (who also makes Silicon Valley) have made something so vexing, so weird and funny and achingly sad, is a pleasant surprise, to say the least.

Barry really is a hit man. He comes to Los Angeles from Cleveland to kill somebody for money. It's what he's been doing since he left the Marines after serving in Afghanistan. He lacked, as he explains it, a "purpose," and family friend Fuches (Stephen Root) got him into professional killing. But he's unhappy, and from the beginning, he's saying he wants out. In the famous last words of many people who have ruined their lives, he's sure everything will be different — right after this last time. The writing is very canny in initially leaving avenues open for us to not view Barry as exactly a hit man, exactly a killer, and then gradually closing them off.

The job leads Barry to an acting class taught by the puffed-up Gene Cousineau, played by Henry Winkler. Cousineau is earnest, clueless, fundamentally ... sweet? ... and welcoming to Barry, who cannot act even a little bit but can pay full price for classes. Barry manages to make friends in class, including Sally (Sarah Goldberg), an actress he quickly develops a crush on who's perpetually being taken advantage of by the sharks of her business.

HBO shared all eight half-hour episodes with critics, and it would be unfair to share much more than the barest setup in terms of the plot. Just understand that Barry is funny, but it's not slick. Hader and Berg aren't glib about the costs of crime, and they're not balancing black humor and upbeat sweetness in the way NBC's Good Girls was going for when it set up its story of moms committing holdups.

The balance here is between the comedy — both situational and physical — of Barry's escalating problems with criminals of his acquaintance and the fact that he is a legitimately tragic figure. Over the course of eight episodes, Hader and Berg tighten the screws on Barry and demonstrate the difficulty of achieving the fresh start he says he wants. But critically, they also don't flinch at the question that often eludes stories like this: Is Barry entitled to a fresh start? Is he entitled to walk away from everything he's done and become a quirky actor? What are the implications of rooting for that?

It's refreshing that Barry is unafraid of looking the utter arrogance of much of antihero entertainment right in the eyes — of not taking it as a given that this man, who has killed a bunch of people, should be cheered on as soon as he says he'd really like to not do it anymore. Think of it as Breaking Good: if Walter White had gone from meth kingpin to high school teacher as smoothly as he did the opposite, is that suddenly just swell? What if he had to do a lot of damage along the way to make that transition possible, but he was sincere about wanting it? There are multiple experiments in Barry testing behavior against affect; brutality against niceness. Who are we, after all, other than the things we do and the damage we choose or don't choose to inflict?

At the center of this story is Hader's stellar work as Barry. He is a perfect example of a big-eyed, bendy-faced comedian who can take that precisely calibrated range of responses and turn them into dramatic tools without losing his comedic flair. He's always been a guy who can disappear into a kind of deceptive pleasantness that tamps down his weirdness — in The Mindy Project, he was Mindy's doctor ex-boyfriend, and in Trainwreck, he was Amy Schumer's doctor love interest. Here, that unassuming quality is tinged with menace instead of humor alone.

Henry Winkler is having all kinds of fun with Cousineau, a man who is either thoroughly delusional or bracingly genuine, and maybe a little of both. And as much side-eye as it's quite reasonable to cast at shows that cast women of color in roles of underdeveloped decency, Paula Newsome is wonderful as the sharp detective who narrows and narrows the gap between herself and the answers she's looking for — the answers that could bring an end to the future Barry daydreams about. Why, the show is willing to tempt you to wonder, is she not the hero?

Dark comedy — and Barry is also very funny much of the time — that's carved out of violence has built plenty of careers. It makes up a solid share of Quentin Tarantino's work, and the Coen brothers', and it's been a crucial element of plenty of prestige television. But there is, for lack of a better word, a fundamental fairness to Barry, a reckoning with its implications, that feels fresh. When you come to the end and you hear the last line, it's legitimately thrilling, because it's inevitable but not predictable.

Too often, we wind up speaking about troubled characters in terms of their likability, which is beside the point. A protagonist can be likable or unlikable, provided that the show is honest about what would be the consequences of their actions. The damage he does can't only echo in his own life; it can't only build his character. It has to feel fully accounted for. He has to feel its effects. And in Barry, he does.