Accessibility links
Trump Signs $1.3 Trillion Spending Bill After Veto Threat Hours earlier, the president had hinted at vetoing the legislation but relented, citing "national security." The threat added suspense to what otherwise would have been a perfunctory signing ceremony. 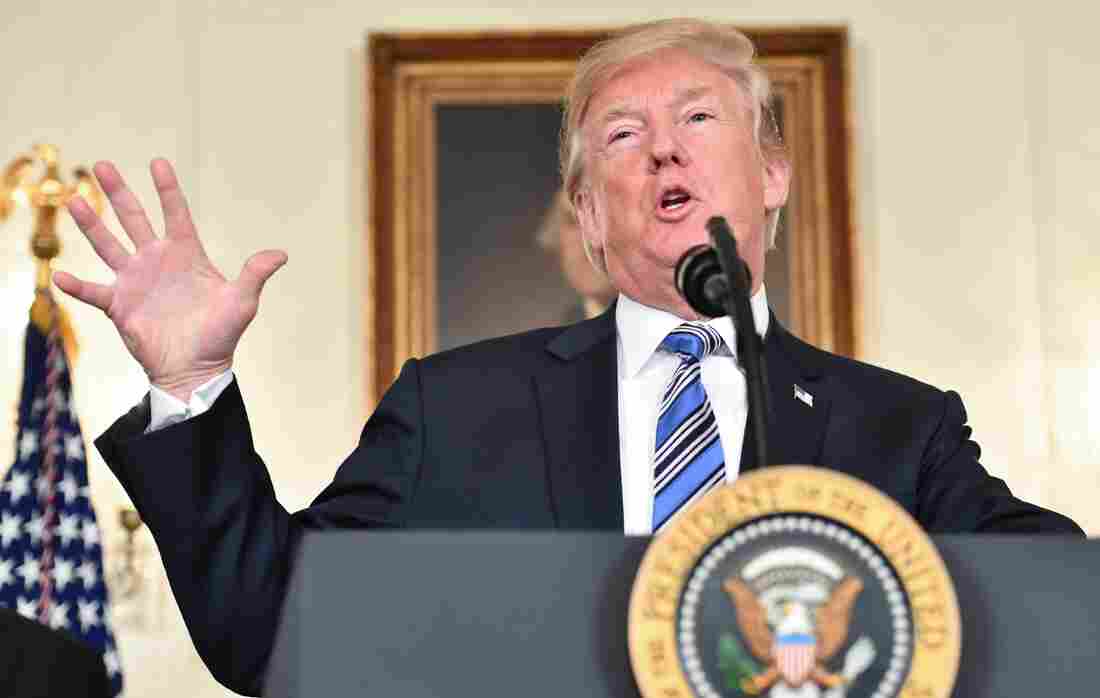 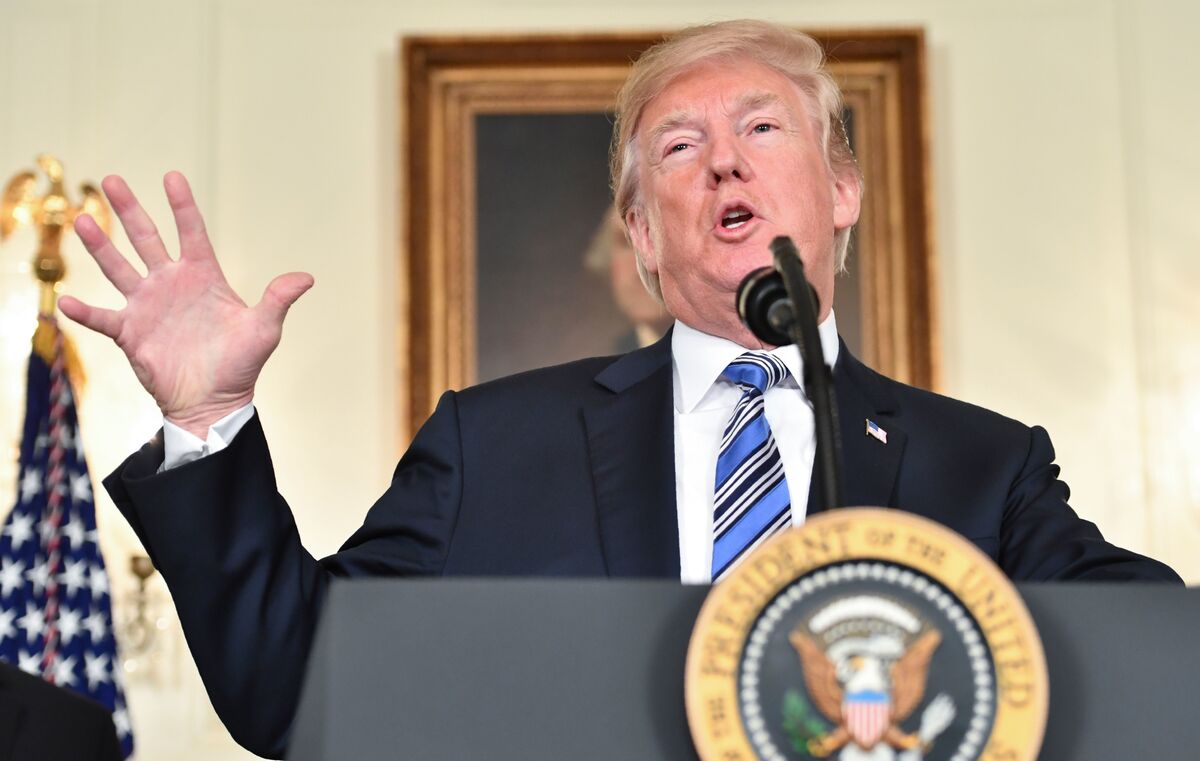 President Trump speaks about the $1.3 trillion spending bill that he signed, despite an earlier veto threat.

President Trump signed a massive spending bill Friday, hours after threatening a veto that would have triggered a government shutdown.

The $1.3 trillion omnibus legislation passed both chambers of Congress after lengthy negotiations between leaders of both parties. The Senate passed it late Thursday, and most lawmakers had left Washington by Friday morning.

Trump tweeted just before 9 a.m. ET that he was "considering a VETO" because the bill does not fully address his immigration priorities. Hours later, the president relented and signed the measure, just as his aides had promised all along.

I am considering a VETO of the Omnibus Spending Bill based on the fact that the 800,000 plus DACA recipients have been totally abandoned by the Democrats (not even mentioned in Bill) and the BORDER WALL, which is desperately needed for our National Defense, is not fully funded.

The eleventh-hour veto threat added suspense to what otherwise would have been a perfunctory signing ceremony and guaranteed a rapt audience for the president's midday TV appearance.

"I looked very seriously at the veto," Trump said. "I was thinking about doing the veto. But because of the incredible gains that we've been able to make for the military, that overrode any of our thinking."

Aides had been insisting Trump would sign the measure because it authorizes tens of billions of dollars in additional military spending.

"My highest duty is to keep America safe," Trump said.

The president complained that he was forced to go along with higher spending on domestic programs in order to win Democratic support for the bill but insisted he would not do so in the future.

He urged lawmakers to grant him authority to veto individual line items in future spending bills. He also called for scrapping the requirement of 60 votes to pass a bill in the Senate — a threshold that demands bipartisan compromise. Neither of those moves appears likely. The Supreme Court ruled the line-item veto unconstitutional 20 years ago. And Senate Majority Leader Mitch McConnell, R-Ky., has rejected the idea of discarding the filibuster.

A day earlier, Vice President Pence told an audience in New Hampshire that one reason Trump would sign the omnibus was because it included some money for a border wall.

"With $1.6 billion included in the spending bill that arrives on President Trump's desk tomorrow, we're going to start to build that wall," Pence said to applause. "We're doing it."

"Is it perfect?" Mulvaney asked, rhetorically. "No. Is it exactly what we asked for in the budget? No. Were we ever going to get that? No. That's not how the process works."

Mulvaney acknowledged the bill does not go as far as Trump wanted on immigration.

"Let's make it clear," Mulvaney said. "The president wanted a DACA fix as part of this deal. He had offered a large package with a complete DACA fix in exchange for the entire wall. "

There is more to the story, though: In exchange for a DACA fix — to protect young immigrants brought to the country as children from deportation — Trump demanded not only funding for the border wall but also big changes in the nation's legal immigration system.

On A Day Of Gun Protest, Some Montanans Will March For Their Guns

Trump has rejected proposed bipartisan DACA fixes that would swap a permanent fix for money to build a border wall. The White House demanded broader changes to legal immigration that Democrats wouldn't support.

Conservatives in Congress opposed the spending bill because it would add to the deficit. Many, like House Freedom Caucus Chairman Mark Meadows, R-N.C., say they were dismayed that the legislation includes spending increases sought by Democrats and fails to fulfill Republican campaign promises to cut the overall size of government.

The @freedomcaucus would fully support you in this move, Mr. President. Let's pass a short term CR while you negotiate a better deal for the forgotten men and women of America. https://t.co/Dj05V8hevl

Republican leaders could have crafted a spending bill that met conservative demands, but it would fail in the Senate, where Democrats have enough votes to block legislation.

The omnibus spending package has been in the works for several months and was crafted with input from both the White House and Congress. It was written to fill out a budget outline that Congress passed, and Trump signed, in February.

McConnell, R-Ky., said Thursday that the spending legislation was a true compromise.

"Months of in-depth, bicameral, bipartisan negotiations and committee work have led up to this point," McConnell said. "The result is legislation that neither side sees as perfect — but which contains a host of significant victories and important achievements on behalf of the American people."

NPR's Scott Detrow and Kelsey Snell contributed to this report.