Accessibility links
Stormy Daniels Shares Graphic Details About Alleged Affair With Trump The adult film star says she was once threatened in a parking lot to stay quiet about her alleged relationship with President Trump well before he ran for office. 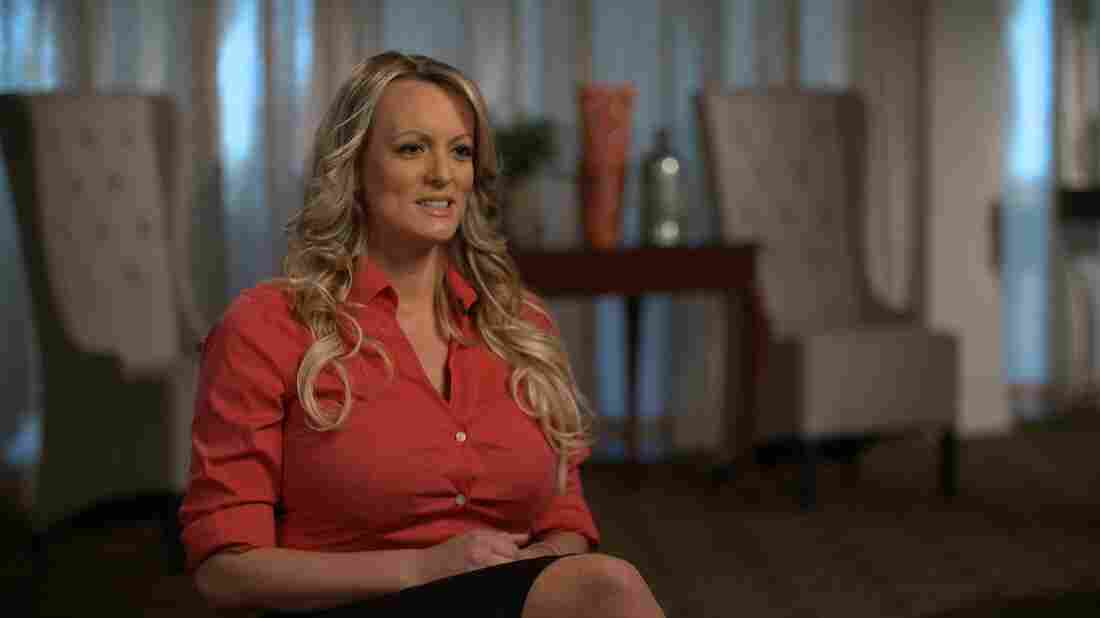 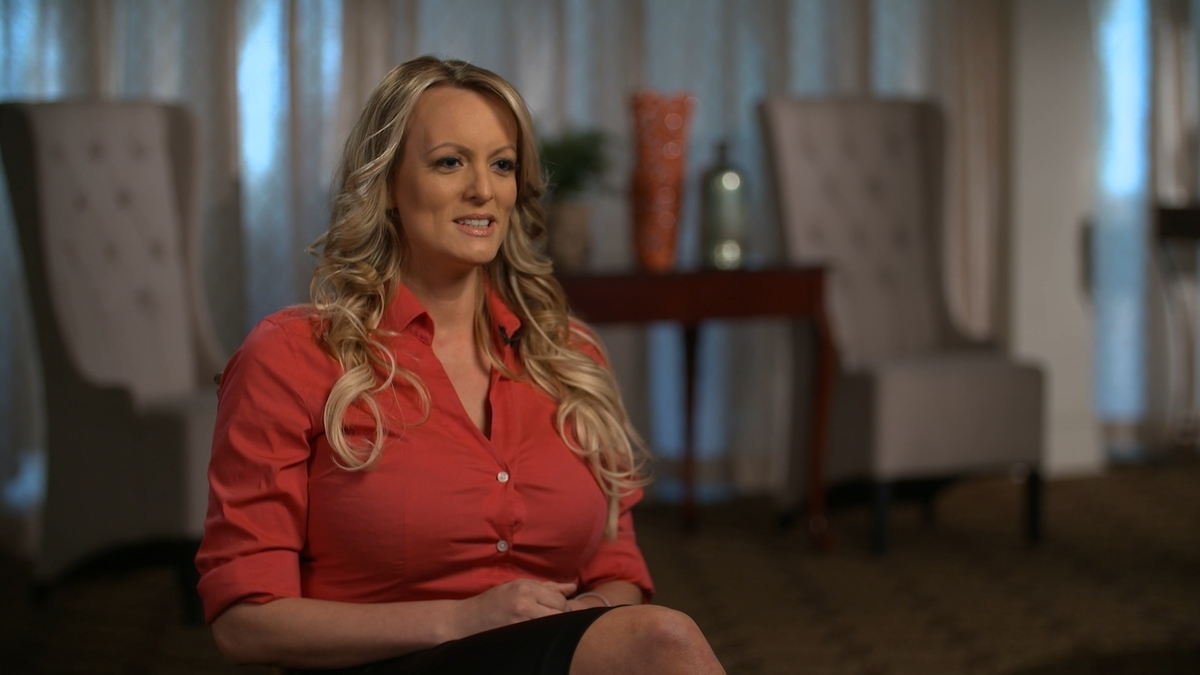 Stormy Daniels detailed her alleged affair, and subsequent non-disclosure agreement with President Trump in an interview with Anderson Cooper that aired Sunday.

In Stephanie Clifford's much anticipated first television appearance since the story of her alleged affair with President Trump began dominating news cycles, the adult film actress also known as Stormy Daniels shared graphic details and said she signed a nondisclosure agreement to keep quiet about the encounter because she felt threatened.

Daniels appeared on CBS' 60 Minutes, and walked Anderson Cooper through her side of her experience with Trump, beginning with an encounter at a golf tournament in 2006 in which Daniels playfully swatted Trump on the behind with a magazine he had been holding that had his face on the cover.

"From that moment on, he was a completely different person," Daniels said. "He was like, 'Wow, you — you are special. You remind me of my daughter.' You know — he was like, 'You're smart and beautiful, and a woman to be reckoned with, and I like you. I like you.' "

Daniels said she had sex with Trump, despite not wanting to or being physically attracted to him, because she felt trapped once she went back to his hotel room alone. Daniels was 27 years old at the time, and Trump was 60.

Cohen’s lawyer fired back almost immediately after the Daniels interview with this letter saying allegation of goon threatening her was false >> pic.twitter.com/TWH2djrFPq

Still, Daniels made it clear she didn't consider herself "a victim" and that the sex was "consensual." Trump did not wear a condom, she said.

The two stayed in touch after that, but did not have sex again, Daniels said.

Trump has repeatedly denied that he ever had an affair with Daniels. It's unclear whether he watched the interview; but he has been known to watch 60 Minutes. Trump was in Washington when it aired, although First Lady Melania Trump remained in Florida.

While he didn't acknowledge the interview, on Monday morning Trump again criticized the media in a tweet.

So much Fake News. Never been more voluminous or more inaccurate. But through it all, our country is doing great!

White House principal deputy press secretary Raj Shah said Monday that Trump has "consistently" denied the claims by Daniels — including her allegations she was threatened to keep quiet — while arguing that it's her story that's been inconsistent.

"The president doesn't believe that any of the claims that Ms. Daniels made last night in the interview are accurate," Shah said.

Daniels also detailed her efforts to talk about the affair publicly.

In 2011, after agreeing to give an interview to a tabloid magazine for $15,000, Daniels says a man approached her in Las Vegas.

"I was in a parking lot, going to a fitness class with my infant daughter. Taking, you know, the seats facing backwards in the backseat, diaper bag, you know, gettin' all the stuff out. And a guy walked up on me and said to me, 'Leave Trump alone. Forget the story,' " Daniels said. "And then he leaned around and looked at my daughter and said, 'That's a beautiful little girl. It'd be a shame if something happened to her mom.' And then he was gone."

Not long after the magazine story was killed, Stormy Daniels says she was threatened by a man who approached her in Las Vegas. “A guy walked up on me and said to me, ‘leave Trump alone. Forget the story.’” pic.twitter.com/JMskKQiYCi

More recently, Daniels and her attorney Michael Avenatti, have been fighting to void the nondisclosure agreement Daniels agreed to, that involved a $130,000 payment from Trump attorney Michael Cohen, in the days leading up to the 2016 election. Daniels filed a civil suit in California earlier this month claiming the agreement is invalid on the grounds that Trump never signed it.

In regards to the payment, Shah said, "False charges are settled out of court all the time and this is nothing outside the ordinary."

The alleged affair happened a decade ago, leading some critics to question why it's relevant now. But the Campaign Legal Center's Larry Noble says the fact that Cohen paid Daniels just days before the 2016 election could be evidence that the "election was on their mind" and that the money could be considered funds spent as to boost the campaign, and therefore subject to campaign finance laws.

Trump and Cohen had dinner together Saturday night, according to The New York Times' Maggie Haberman.

Daniels is one of two women suing to speak freely about past relationships with Trump.

Karen McDougal, a former Playboy model, filed suit last week to break an agreement she made with American Media Inc., the parent company of The National Enquirer, for the rights to tell the story of her alleged 10-month affair with Trump.

And in an unrelated case, a New York state Supreme Court judge ruled recently that a defamation case involving the president and a former contestant on The Apprentice who claims he sexually harassed her can move forward in state court, as NPR's Vanessa Romo reported.

On Monday, CBS said the Daniels interview on 60 Minutes had the best ratings since the Nov. 16, 2008 episode — when then President-elect Obama and his wife Michelle appeared on the show to give their first post-election interview.