Accessibility links
Country Trio Traveller Announces Its Debut Album With 'Hummingbird' Traveller is the illustrious combination of Jonny Fritz, Robert Ellis and Cory Chisel. The first single from Western Movies is an ode to a woman in the deep summer of her own life. 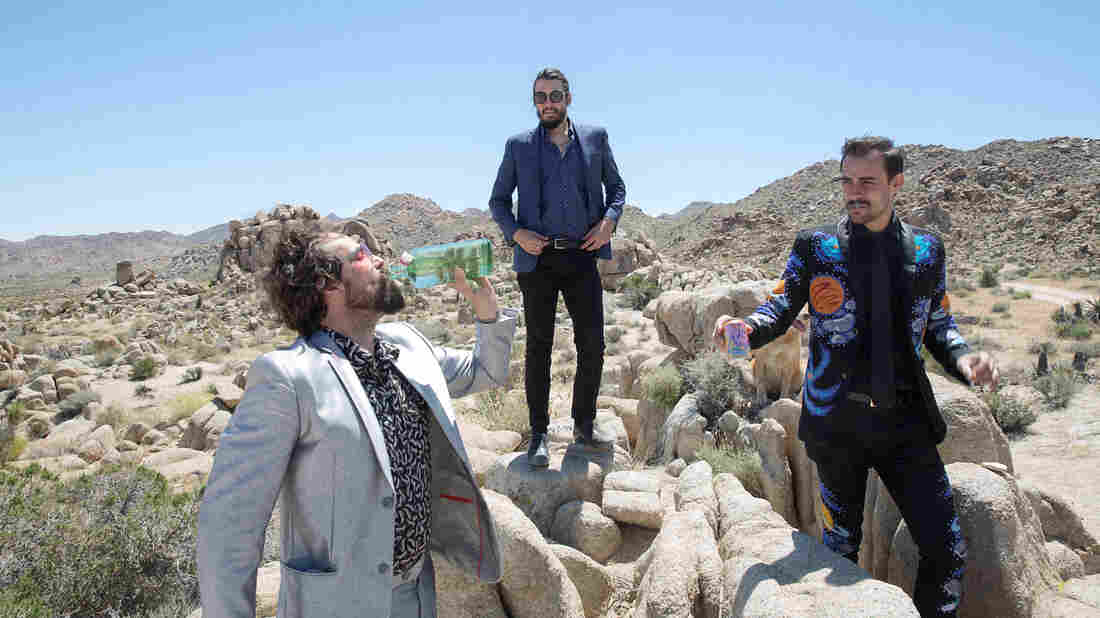 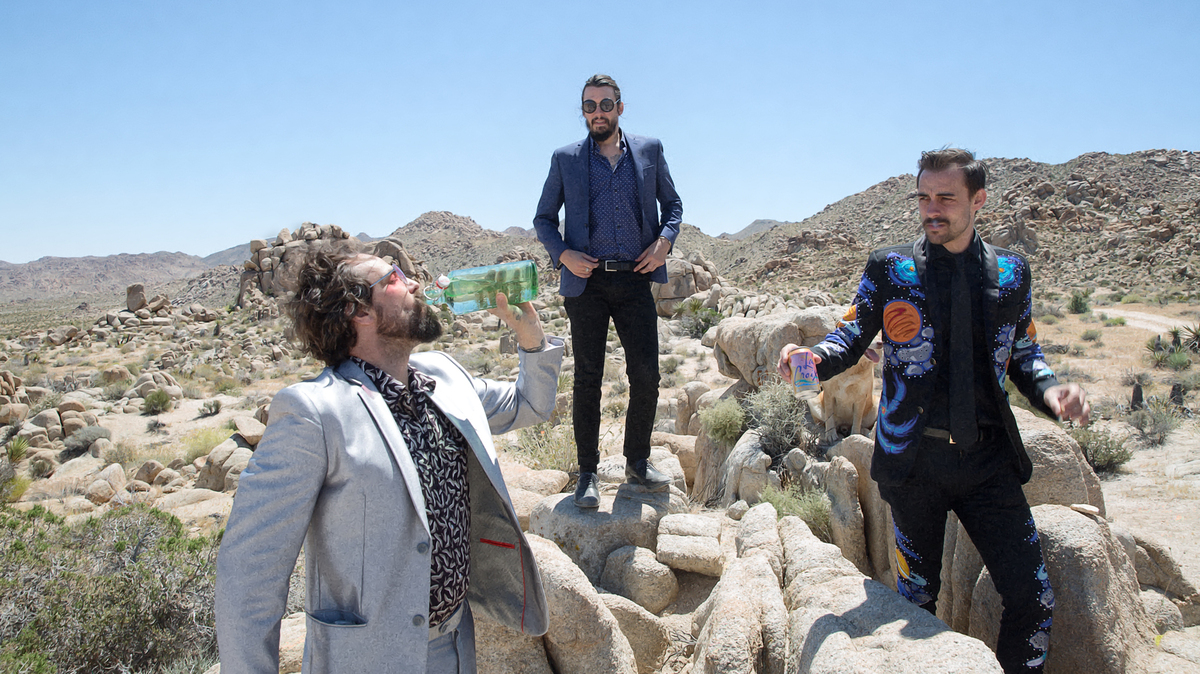 J. Carroll/Courtesy of the artist

Some crazy things are happening in Wisconsin. Recently, a monastery in Appleton was occupied by three crazy characters in week-old beards and suitcase-mussed shirts – Hawaiian, embroidered, polka-dot, all varieties in fact – banging away on guitars in a manner occasionally twangy, but mostly Beatles-esque. They called themselves Traveller, because that's what they were, individually and together. These frequenters of freeway exits had made a startling debut storming a Newport Folk Festival stage in 2015, and afterward were spotted in dive bars across America telling the corniest jokes possible to bemused, and then besotted, crowds. Who were these unmasked men? And did they really mean to make an album? Why yes!

Traveller is Jonny Fritz, Robert Ellis and Cory Chisel, a trio with a combined discography that stands as one of the most illustrious in 21st-century Americana music. Fritz has been called a logical heir to country's great wit Roger Miller; Chisel is a poet of the North who's collaborated with Rosanne Cash and Rodney Crowell; Ellis has pulled apart the Gordian knot of roots music clichés on albums as inventive as they are emotionally powerful.

Friendship comes first with these bonding buddies – friendship and hot licks, abundant on the trio's long-awaited debut, Western Movies, out May 4 on Refuge Foundation for the Arts. That's the label named after the cloister-turned-artspace that Chisel runs in Appleton with his wife, Adriel Denae; it's where the trio hunkered down to make this jumpy little disc over two snowy January weeks last year. If you're one of the lucky few who've seen Traveller, you'll recognize the repertoire, including this track – "Hummingbird," an ode to a woman in the deep summer of her own life, who's cashed it all in to drive a cheap car toward a dream that has a better ending than her favorite movie, Thelma and Louise. "Hummingbird" is quintessential Traveller: a humoresque confection with a deep and compassionate heart.

Western Movies comes out May 4 via Refuge Foundation for the Arts.