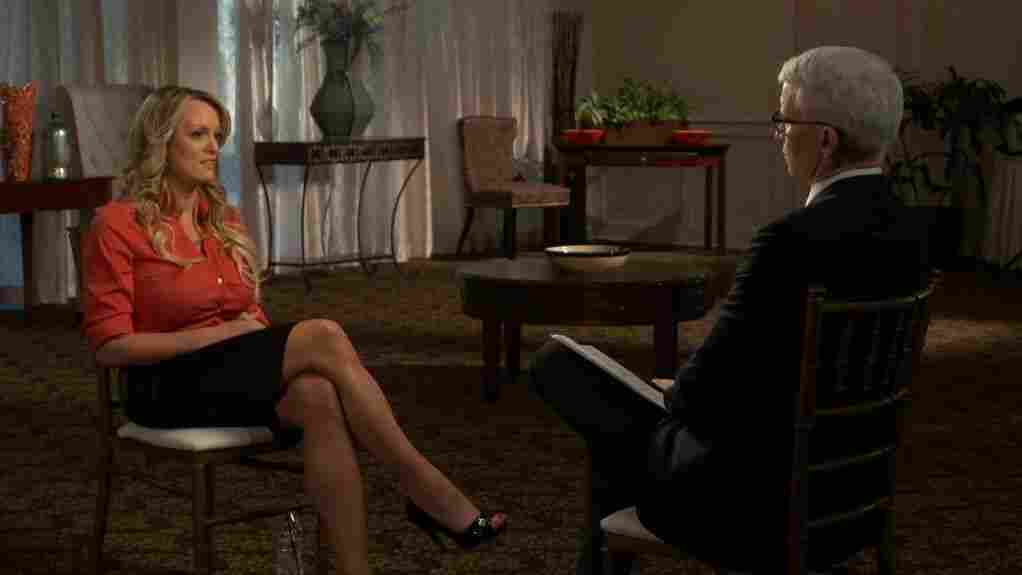 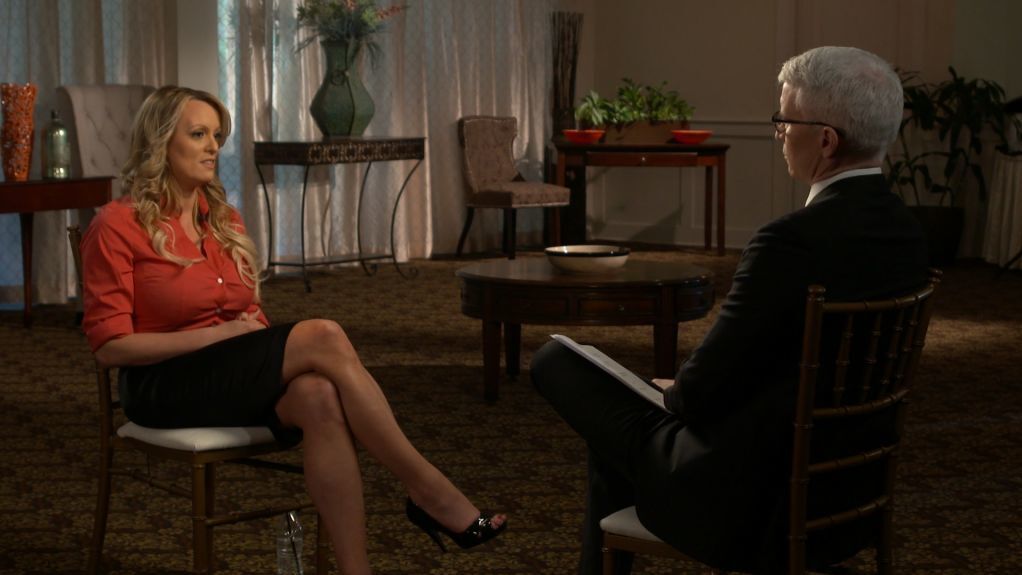 Stormy Daniels spoke with Anderson Cooper on CBS's 60 Minutes in an interview that aired on Sunday night.

The suit from Daniels, whose real name is Stephanie Clifford, against both Trump and Cohen was amended Monday in the U.S. District Court in California, asking for a jury trial to settle the claim of defamation against Cohen.

Daniels says that Cohen defamed her when he put out a statement in February regarding the $130,000 payment he made to her just before the election, allegedly in exchange for her silence. In that statement to the media, Cohen said, "Just because something isn't true doesn't mean that it can't cause you harm or damage."

"It was reasonably understood by those who read or heard the statement that Mr. Cohen's defamatory statement was about Ms. Clifford. Both on its face, and because of the facts and circumstances known to persons who read or heard the statement, it was reasonably understood Mr. Cohen meant to convey that Ms. Clifford is a liar, someone who should not be trusted, and that her claims about her relationship with Mr. Trump is 'something [that] isn't true.' "

It goes on to claim that Cohen's statement caused Daniels "hatred, contempt, ridicule, and shame, and discouraged others from associating or dealing with her" and that she "has suffered damages in an amount to be proven at trial according to proof, including but not limited to, harm to her reputation, emotional harm, exposure to contempt, ridicule, and shame, and physical threats of violence to her person and life."

Daniels had already been suing to dissolve the nondisclosure agreement she had signed in October 2016, claiming it was invalid because Trump, labeled as "David Dennison" or "DD" in the document, had not signed it. Cohen made the payment to Daniels through a limited liability corporation he formed, Essential Consultants LLC, and has said he did so with his own personal funds.

The amended filing also alleges that the payment from Cohen violated federal election law because it was an in-kind campaign contribution to Trump that was never reported and that exceeded federal contribution limits — an issue that has also been raised by the organization Common Cause. Cohen has denied any such wrongdoing.

In the 60 Minutes interview with Anderson Cooper, Daniels detailed how she met Trump and had consensual sex with him in July 2006 — shortly after his wife, Melania, had given birth to their son Barron — at a golf resort in Lake Tahoe, Calif.

Daniels said she did not want to have sex with Trump after going to his hotel room alone with him, but she said she "was not a victim."

"I realized exactly what I'd gotten myself into," she said in the interview. "And I was like, 'Ugh, here we go.' And I just felt like maybe — it was sort of — I had it coming for making a bad decision for going to someone's room alone and I just heard the voice in my head, 'Well, you put yourself in a bad situation and bad things happen, so you deserve this.' "

Earlier this month, Cohen asked a federal court to enforce the nondisclosure agreement, claiming Daniels violated the agreement and is liable for $20 million in damages. The president joined the case, and the filing said that "Mr. Trump intends to pursue his rights to the fullest extent permitted by law." Cohen wants that disagreement settled by private arbitration.

Trump himself has not directly reacted to Daniels' interview, though he did slam the media for "So much Fake News" in a tweet Monday morning.

Monday afternoon, White House principal deputy press secretary Raj Shah said that Trump had "consistently" denied the claims made by Daniels and argued that her story has been inconsistent.

In her interview with Cooper, Daniels acknowledged she had signed a statement earlier this year denying the encounter ever happened, but she said that was only because she was pressured to do so by her former lawyer and business manager, who told her that "they can make your life hell in many different ways."