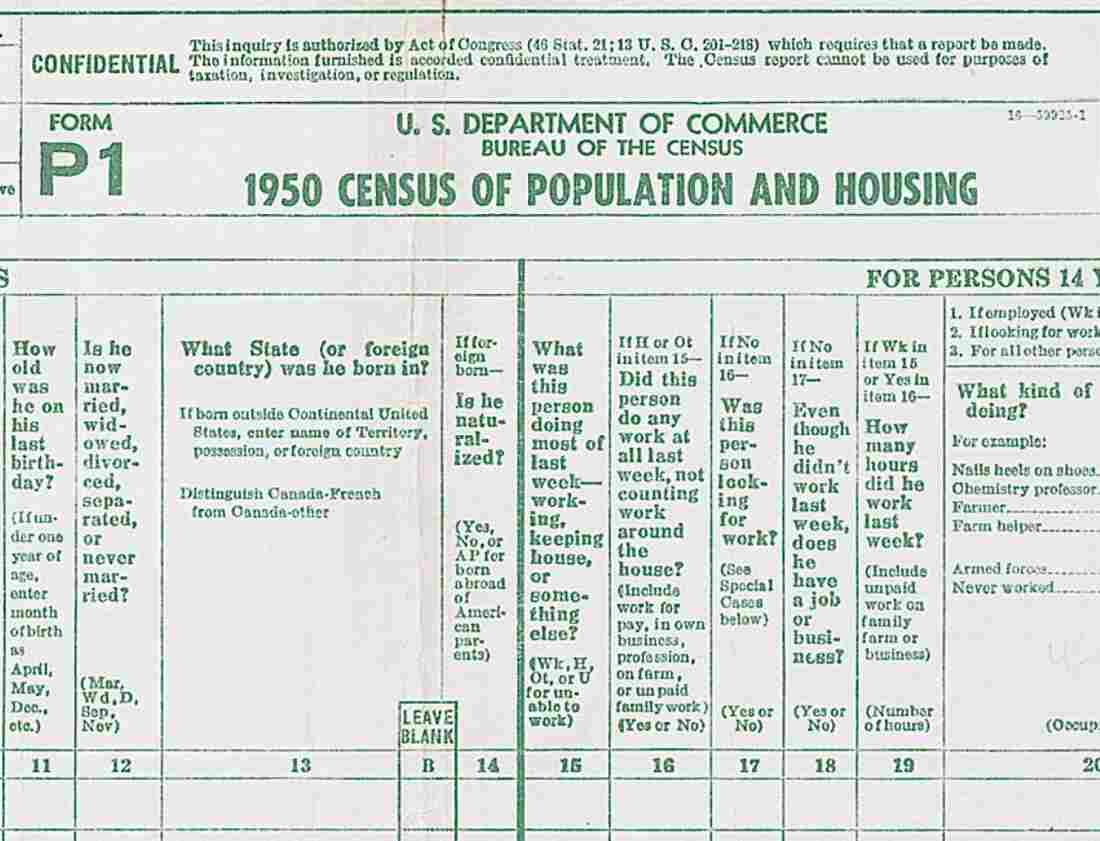 The 1950 census form asked where respondents were born and whether they were naturalized. Census.gov/Screenshot by NPR hide caption 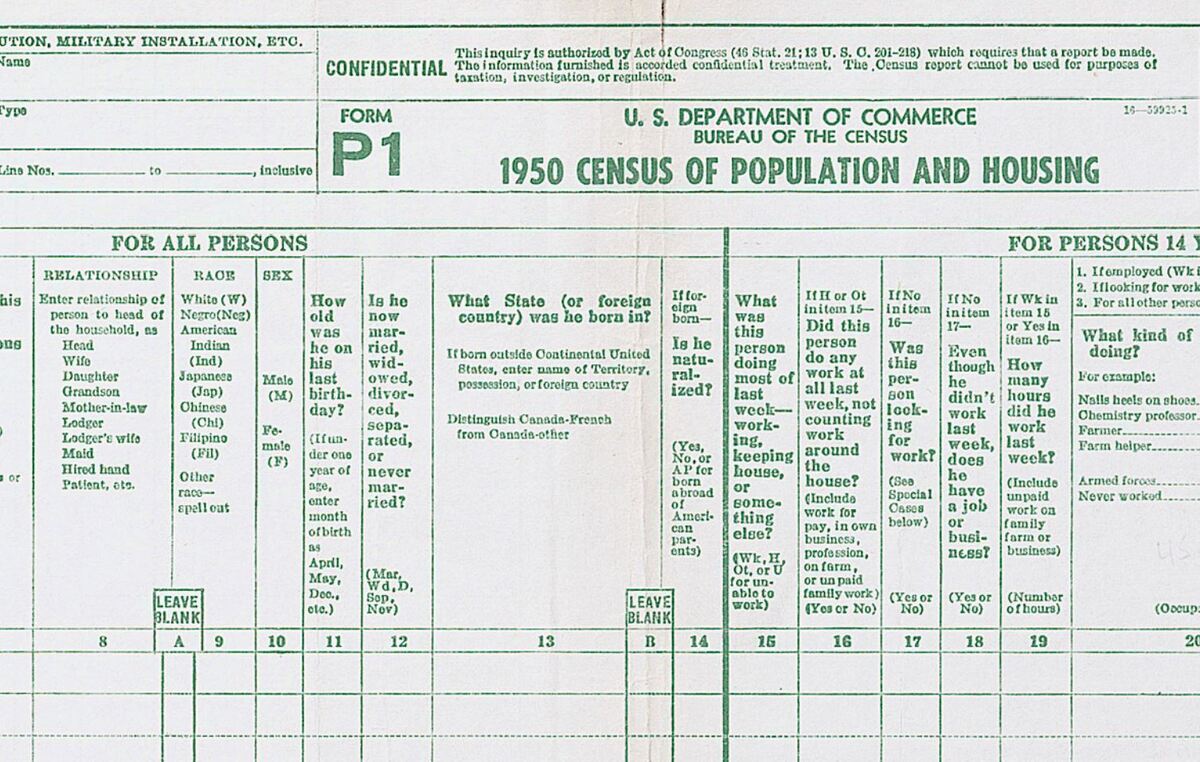 The 1950 census form asked where respondents were born and whether they were naturalized.

After a controversial decision by the Department of Commerce to add a question about U.S. citizenship to the 2020 census, White House press secretary Sarah Huckabee Sanders defended the move as nothing out of the ordinary.

"This is a question that's been included in every census since 1965," Sanders said Tuesday, "with the exception of 2010, when it was removed."

This statement is inaccurate, incomplete and misleading. A quick history of the decennial survey makes that clear.

The census has been conducted every decade since 1790 to get a national head count used most critically to decide the distribution of congressional representation. At first it was conducted by U.S. marshals, but later surveys were sent to most American households, with census workers helping those who didn't promptly return their surveys.

The last time a citizenship question was among the census questions for all U.S. households was in 1950. That form asked where each person was born and in a follow-up question asked, "If foreign born — Is he naturalized?"

In 1960, there was no such question about citizenship, only about place of birth.

In 1960, the census asked respondents what country they were born in but not whether they were naturalized citizens. Census.gov/Screenshot by NPR hide caption 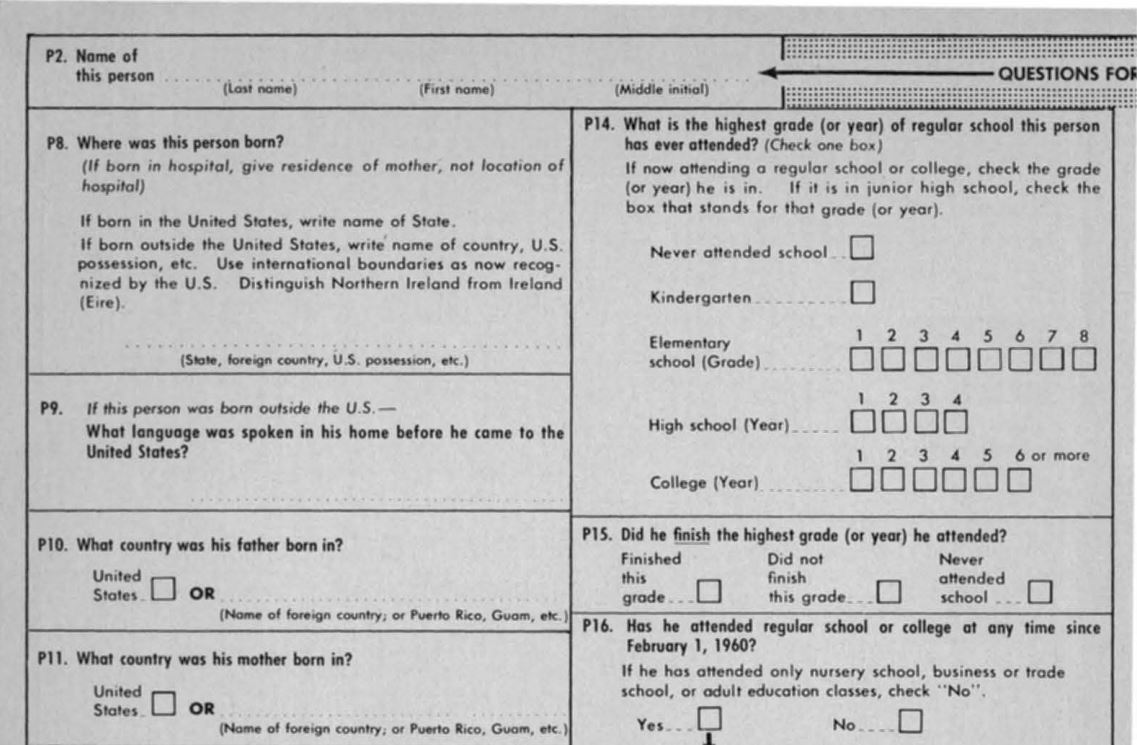 In 1960, the census asked respondents what country they were born in but not whether they were naturalized citizens.

Sanders mentioned the year 1965 on Tuesday, but the census only comes every 10 years, so it isn't clear what she was referring to, and the White House did not respond to a request for clarification.

In 1970, the Census Bureau began sending around two questionnaires: a short-form questionnaire to gather basic population information and a long form that asked detailed questions about everything from household income to plumbing. The short form went to most households in America. The long form was sent to a much smaller sample of households, 1 in 6. Most people didn't get it.

Starting in 1970, questions about citizenship were included in the long-form questionnaire but not the short form. For instance, in 2000, those who received the long form were asked, "Is this person a CITIZEN of the United States?" 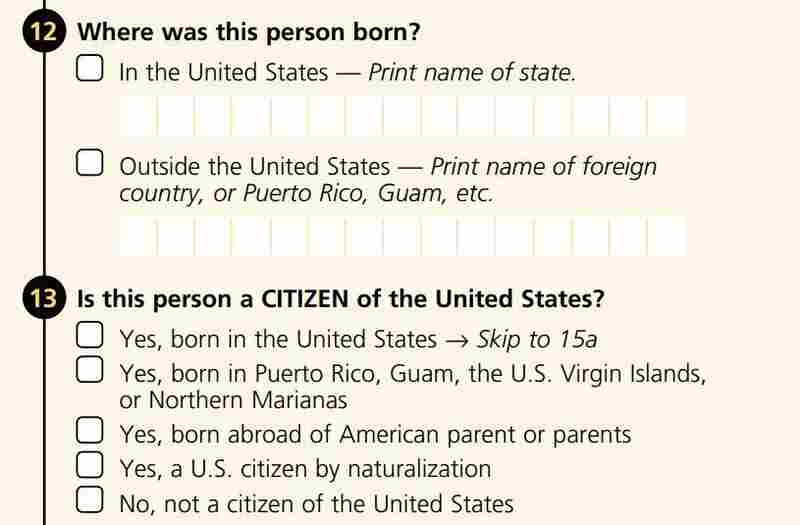 The 2000 long-form survey, sent to a subset of Americans, asked about citizenship. The more widely distributed census short form that year did not. Census.gov/Screenshot by NPR hide caption 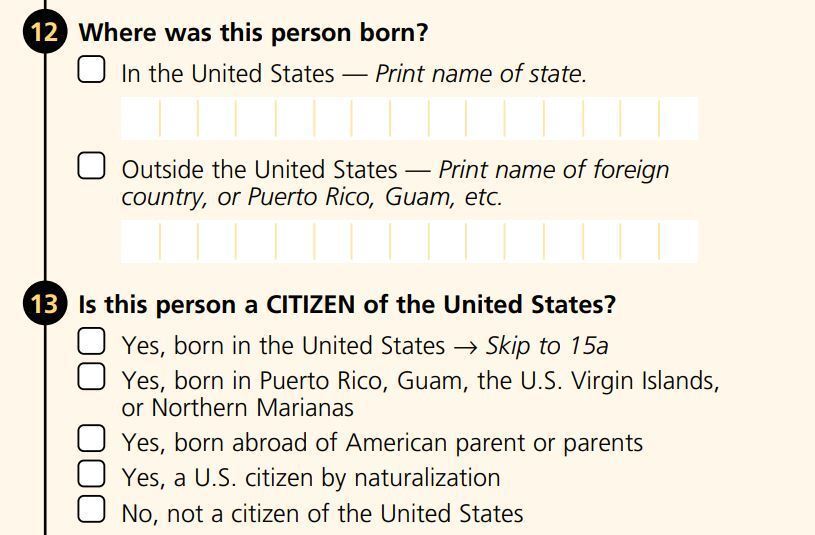 The 2000 long-form survey, sent to a subset of Americans, asked about citizenship. The more widely distributed census short form that year did not.

The short form kept it simple: name, relationship, age, sex, Hispanic origin, race, marital status and whether the home is owned or rented. 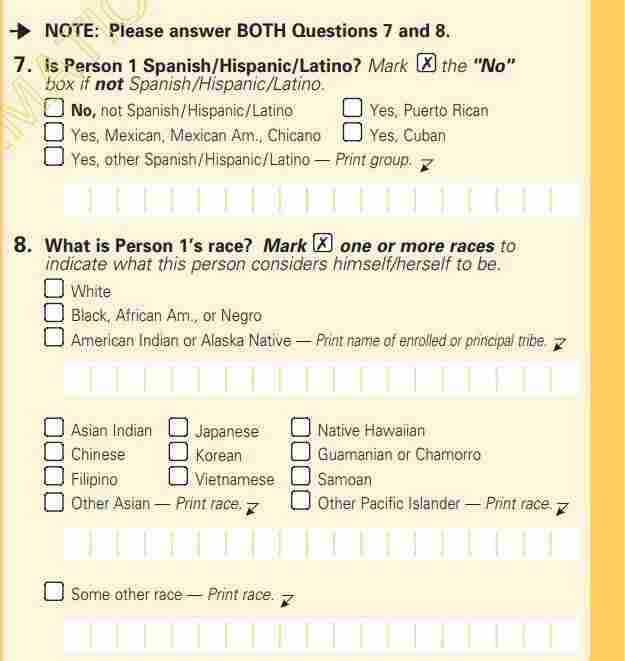 The 2000 census short form asked about race but not citizenship, which the long form that year did ask about. Census.gov/Screenshot by NPR hide caption 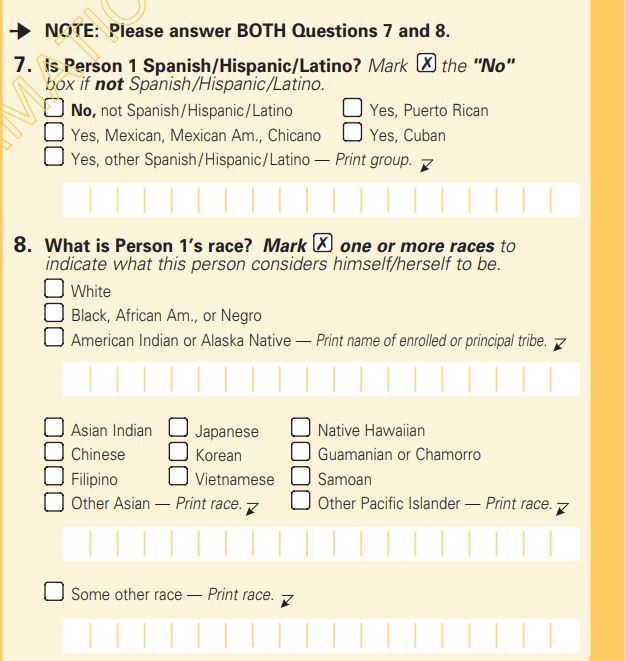 The 2000 census short form asked about race but not citizenship, which the long form that year did ask about.

Later, the census added the American Community Survey, conducted every year and sent to 3.5 million households. It began being fully implemented in 2005. It asks many of the same questions as the census long-form surveys from 1970 to 2000, including the citizenship question.

Sanders said that in 2010 the citizenship question was removed. In fact, there was no long form that year — it had been replaced by the annual American Community Survey. The decennial census form asked just 10 questions.

The state of California has already sued to block the addition of a citizenship question to the 2020 census, and New York's state attorney general has announced plans for a multistate lawsuit. The concern expressed by states with large undocumented immigrant populations is that asking about citizenship will scare people off, forms won't get filled out and the count won't be accurate, affecting federal funding and the number of congressional seats. (The Census Bureau is legally required to keep answers confidential, even from the FBI and other government entities. That means it isn't allowed to release data identifying an individual. But federal agencies and researchers can request census information on specific population groups.)

In a memo explaining his reasoning, Commerce Secretary Wilbur Ross dismissed concerns about incentive to participate.

An earlier version of this story stated that the American Community Survey began in the 1990s. In fact, the survey moved from the developmental stage to full implementation in 2005.