Accessibility links
Lena Hall: From Yitzhak to Hedwig Tony Award winner Lena Hall tells us about her next level audition for the Hedwig and the Angry Inch revival. Then she plays a game based on her monthly EP covers project, "Obsessed." 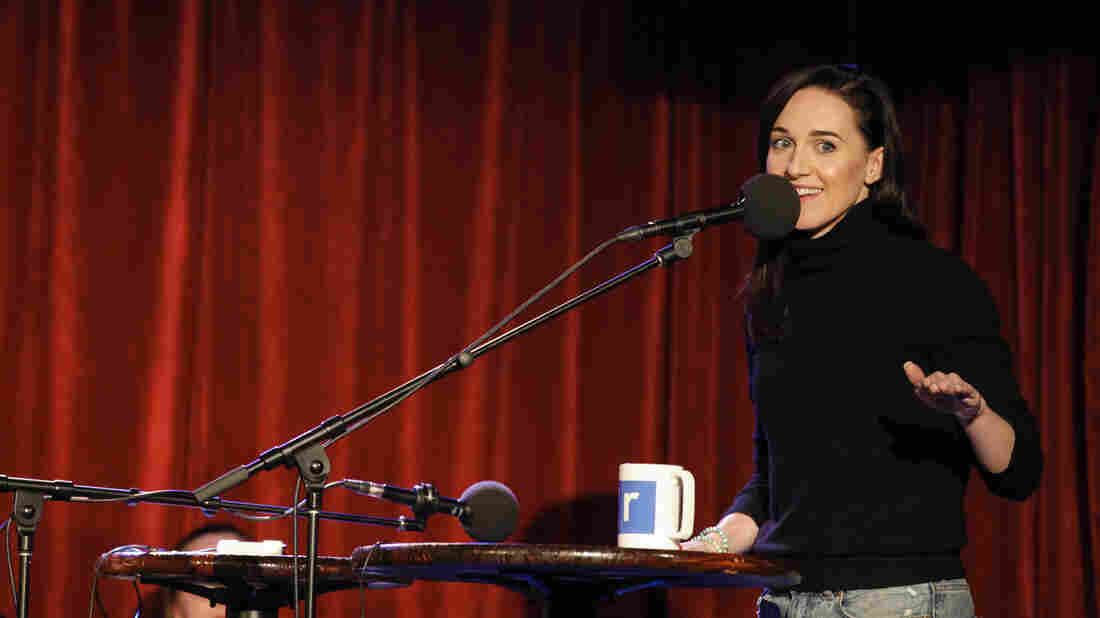 Lena Hall, who won a Tony for her performance in Hedwig and the Angry Inch, guests on NPR's Ask Me Another at The Bell House in Brooklyn, NY. Mike Katzif/NPR hide caption 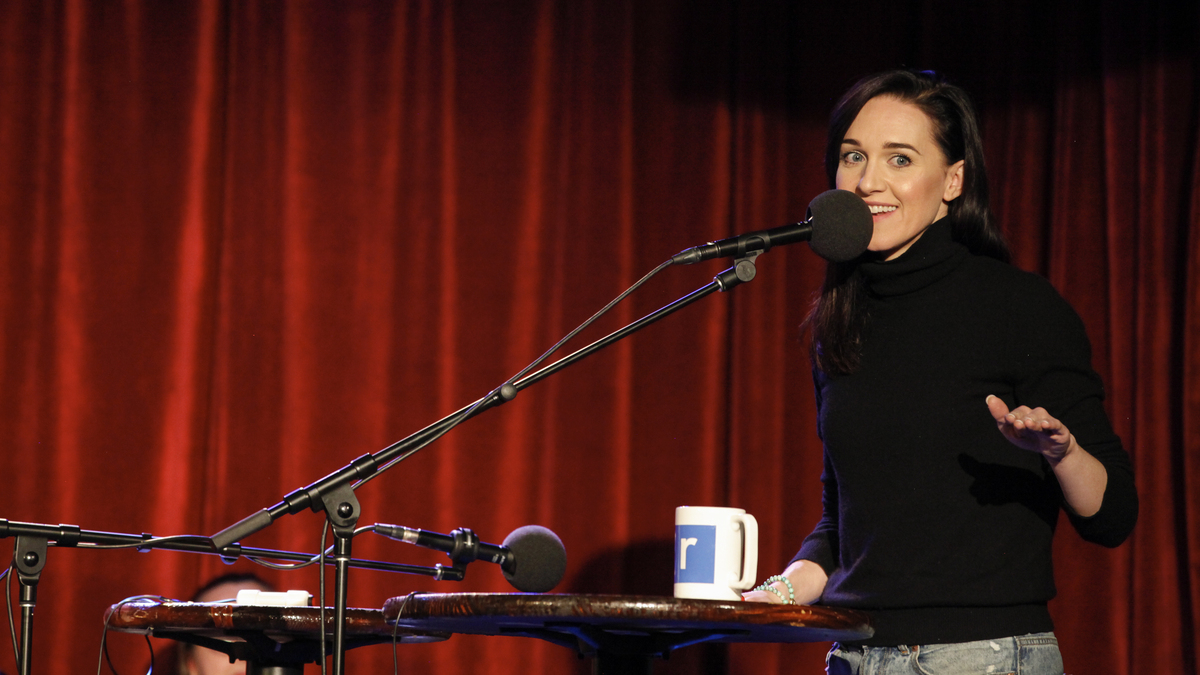 Lena Hall, who won a Tony for her performance in Hedwig and the Angry Inch, guests on NPR's Ask Me Another at The Bell House in Brooklyn, NY.

Tony Award winner Lena Hall comes from a long line of performers. "Seven generations back in the Philippines," Hall recounted to host Ophira Eisenberg, "my father's great-great-great-whatever ... was, like, a dancer." She continues, "My father's a choreographer; he had his own company. And my mother was his prima ballerina."

Hall herself "starting [dancing] at the age of zero," but back then she didn't go by Lena. "My real name is Celina Consuela Gabriella Carvajal," she told Eisenberg. "I found out that Carvajal is a stage name that seven generations back was taken ... so I thought, 'Well, if he changed his name and it was a stage name, my ancestors would totally understand.'"

As a teenager, Hall got her first break in the touring and Broadway companies of Cats. Soon after, she discovered the rock musical Hedwig and the Angry Inch— the show she'd eventually win a Tony for. "I saw it when I was nineteen," Hall reminisced. "It changed me; it really affected me, and I listened to the cast recording nonstop. So when I heard it was coming to Broadway, I was like, 'I have to be seen for this.'"

Hall went all-in on her audition for the role of Yitzhak. To fully embody the mistreated boyfriend of the titular Hedwig, she auditioned in full drag. She stayed in character the entire time, fielding questions as Yitzhak and performing a self-written monologue about her character's childhood. Then she went even further, playing a "two-and-a-half minute Kickstarter campaign video that [she] filmed on the streets of Manhattan, in character." The video played in total silence, and Hall left thinking she bombed the audition. It was only after she got the part that she learned Neil Patrick Harris, the show's star, called it "the greatest audition ever."

Hall's dedication applies not only to her acting career, but also to her own work as a singer-songwriter. In her ambitious series of monthly EPs called Obsessed, she covers songs by her favorite artists. To challenge the queen of covers, we asked Hall to identify some of her favorite songs as interpreted in unconventional styles, including steel drum bands, panpipes, and video game sound effects.

On her self-written audition monologue

I had decided that I would write a two-and-a-half minute monologue about my backstory being from a communist farming community in, um, Croatia that farmed the hair from the yak for the wigs for Cats on Broadway. It all comes back to Cats. You write what you know.

On referencing My Little Pony: Friendship is Magic in her Tony acceptance speech

At the very end of my speech I said "friendship is magic" and Hasbro found out. [...] I got a giant box of toys, of MLP stuff. I was like, "this is awesome, but why didn't I also say 'Jaguar: best car ever! I love Tiffany's diamonds!'"

Heard on Lena Hall: From Yitzhak to Hedwig.