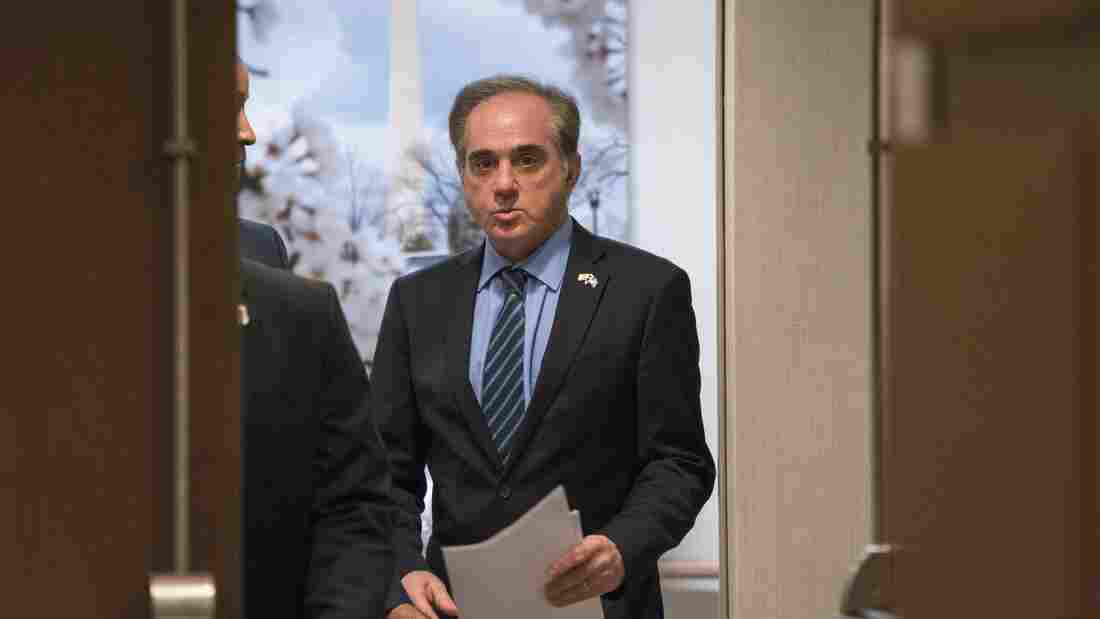 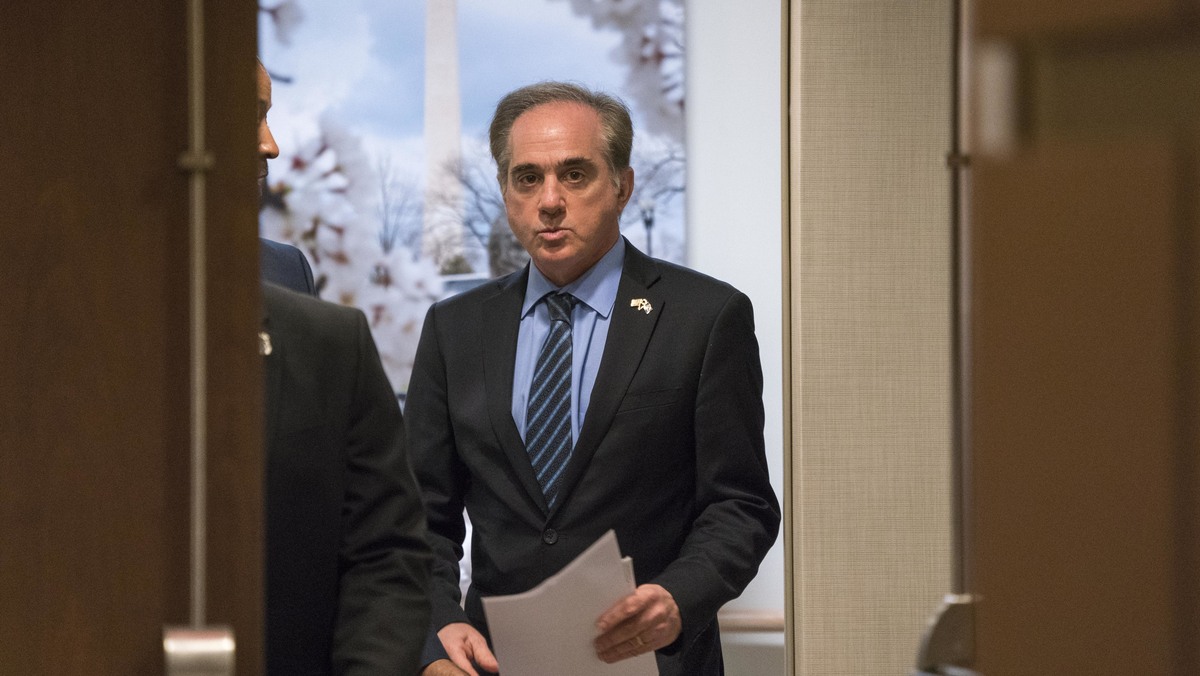 David Shulkin was the first nonveteran to lead the Veterans Affairs Department and an Obama appointee — the lone holdover in the Trump White House.

"I am thankful for Dr. David Shulkin's service to our country and to our GREAT VETERANS!" Trump wrote.

"I appreciate the work of Dr. David Shulkin and the many great things we did together at Veterans Affairs, including the VA Accountability Act that he was helpful in getting passed," the president said in an additional statement released by the White House. "He has been a great supporter of veterans across the country and I am grateful for his service."

....In the interim, Hon. Robert Wilkie of DOD will serve as Acting Secretary. I am thankful for Dr. David Shulkin’s service to our country and to our GREAT VETERANS!

Trump said he was "proud" to nominate the White House's top doctor to take over the VA. "Admiral Jackson is highly trained and qualified and as a service member himself, he has seen firsthand the tremendous sacrifice our veterans make and has a deep appreciation for the debt our great country owes them," the president said.

Jackson recently presided over Trump's first presidential physical and gave the president a clean bill of health. Jackson has cared for three presidents since joining the White House medical unit in 2006. He was formally named physician to the president in 2013 by then-President Barack Obama. Jackson grew up in West Texas and attended Texas A&M and the University of Texas Medical Branch. He specializes in emergency medicine.

According to USA Today, Shulkin said in a statement that Trump "should have a cabinet member that he is comfortable with."

"To our nation's Veterans, I want you to know that I will always fight for you no matter where I go. To the dedicated employees of VA, I thank you for your service. I know that you will continue to keep our Veterans at the forefront of everything you do," Shulkin said.

House Veterans' Affairs Committee Chairman Phil Roe, R-Tenn., praised Shulkin's tenure, calling him a "friend" who had "done a fantastic job and I hate to see him go."

"That said, I respect President Trump's decision, support the president's agenda and remain willing to work with anyone committed to doing the right thing on behalf of our nation's veterans," Roe also said in a statement. "I am in the process of reaching out to Dr. Jackson and I look forward to building a strong relationship with him also."

Senate Veterans' Affairs Committee Chairman Johnny Isakson, R-Ga., said Shulkin had "made a tremendous impact toward improving the lives of veterans during his time at the U.S. Department of Veterans Affairs."

Sen. Jon Tester, D-Mont., the ranking member on the Senate Veterans' Affairs Committee, said Shulkin had "severed honorably" and now "the VA needs a strong leader at the top who will listen to veterans, strengthen the VA, and work with Congress to implement bipartisan reforms. I look forward to meeting Admiral Jackson soon and seeing if he is up to the job."

Sen. Bernie Sanders, I-Vt., a member of the Senate Veterans' Affairs Committee and a former chairman of the panel, warned against any nominee who might support privatization of the VA.

Shulkin had opposed such a move, though some conservatives have championed the idea. It's not known where Jackson stands on the issue.

VoteVets, a progressive group, questioned whether Jackson was sufficiently prepared for the job.

"Other than a total lack of awareness of where he stands on any issue, we are also concerned that he has never managed an agency like the VA. Now is not the time for people who need training wheels, when it comes to managing a massive health care system," VoteVets director of government relations Will Fischer said in a statement. "While we wouldn't doubt Dr. Jackson's medical credentials, it is essential that he prove that he is intimately aware of how the agency works." 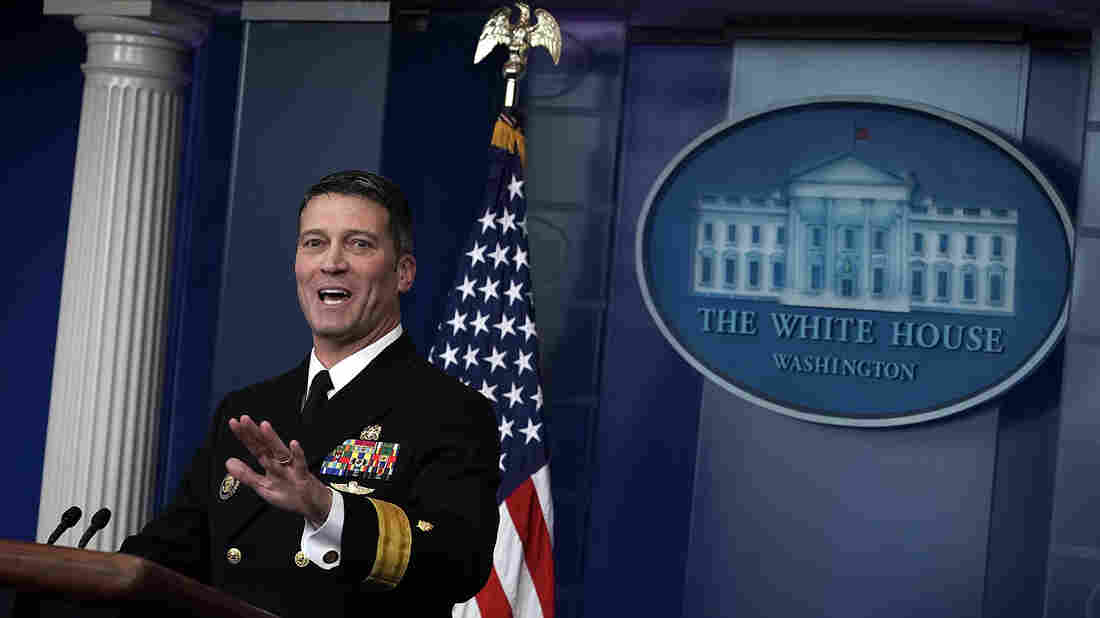 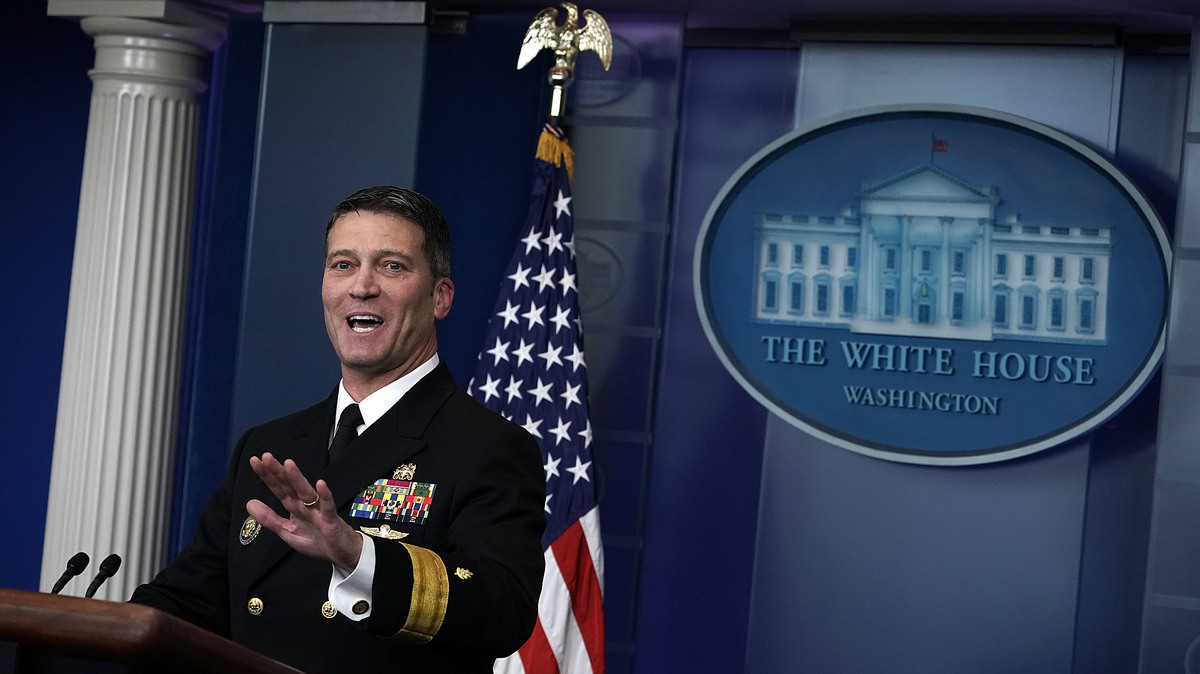 Shulkin began his tenure in the Trump administration with a few strikes against him. He was the first nonveteran to lead the department, instead bringing years of experience as a physician and a health care CEO. He was offered the job only after several others turned it down, and he was an Obama appointee — the lone holdover in the Trump White House.

That made it all the more unlikely for Shulkin to be so successful — for a time. Known on Capitol Hill as a technocrat brought in to help overhaul the VA in 2015, he coasted to confirmation — 100 to 0 — by the Senate. He hit the ground running, already adept at the labyrinthine VA health network of more than 1,000 hospitals and clinics. With bipartisan agreement on many fixes needed at the VA, Shulkin helped push through an expansion of mental health care, increased suicide prevention and a law making it easier to remove poor-performing officials.

For a time, Trump seemed to really like Shulkin, even joking that he would never have to use his reality TV line — "You're fired" — on the secretary.

But Shulkin was making enemies among the administration's other political appointees, especially those with connections to Concerned Veterans for America, a lobbying group linked to the conservative Koch brothers. In a December email obtained by The Washington Post, senior VA appointees Jake Leinenkugel and Camilo J. Sandoval openly discussed ousting Shulkin, his chief of staff and his deputy because Shulkin was not aggressively pushing an increased use of private care for veterans.

Shortly after the news of Shulkin's impending departure broke, the Concerned Veterans for America's executive director Dan Caldwell said in a statement that while "Shulkin made significant headway in reforming the department," he "ultimately became a distraction from the important task of improving health care for our veterans. We are hopeful that this change will end the recent distractions at the VA and put the focus back on advancing policy that will ensure veterans get the health care and other benefits they have earned."

Shulkin gave his opponents an opening in the form of an inspector general's report that harshly criticized his official trip to Europe last spring. The secretary spent 11 days there filling the time in between meetings with several days of tourism. He brought his wife along, paying for her travel with official funds. The IG report also said Shulkin improperly accepted tickets to Wimbledon for him and his wife. The total amount of questionable spending wasn't high by Trump administration standards (see: Ryan Zinke's door or Ben Carson's table), but veterans living on a monthly disability check were not amused, and the trip came shortly after Shulkin had warned VA officials to keep down unnecessary costs.

Then his tenure got strange. Headlines openly pondered who was in charge at the VA, and veterans service organizations, which strongly support Shulkin and oppose privatization, started using words like "coup" and circulating lists of officials in the VA who were trying to undermine Trump's VA secretary. That list included Shulkin's top two public affairs officials, who were accused of lobbying Congress to get rid of Shulkin. The secretary apparently lost control of his own public messaging. His own statements were removed from the VA website and his chief of staff abruptly replaced.

Shulkin took to his cellphone to directly contact reporters and give his side of the story — even claiming he had the president's support to "purge" what he called "subversion" at the department.