Accessibility links
America Has A Large Trade Deficit, But Economists Aren't Too Concerned About It President Trump says the trade deficit that the U.S. runs with other nations must be slashed for the well-being of the country. But analysts say the deficit provides other benefits to the economy. 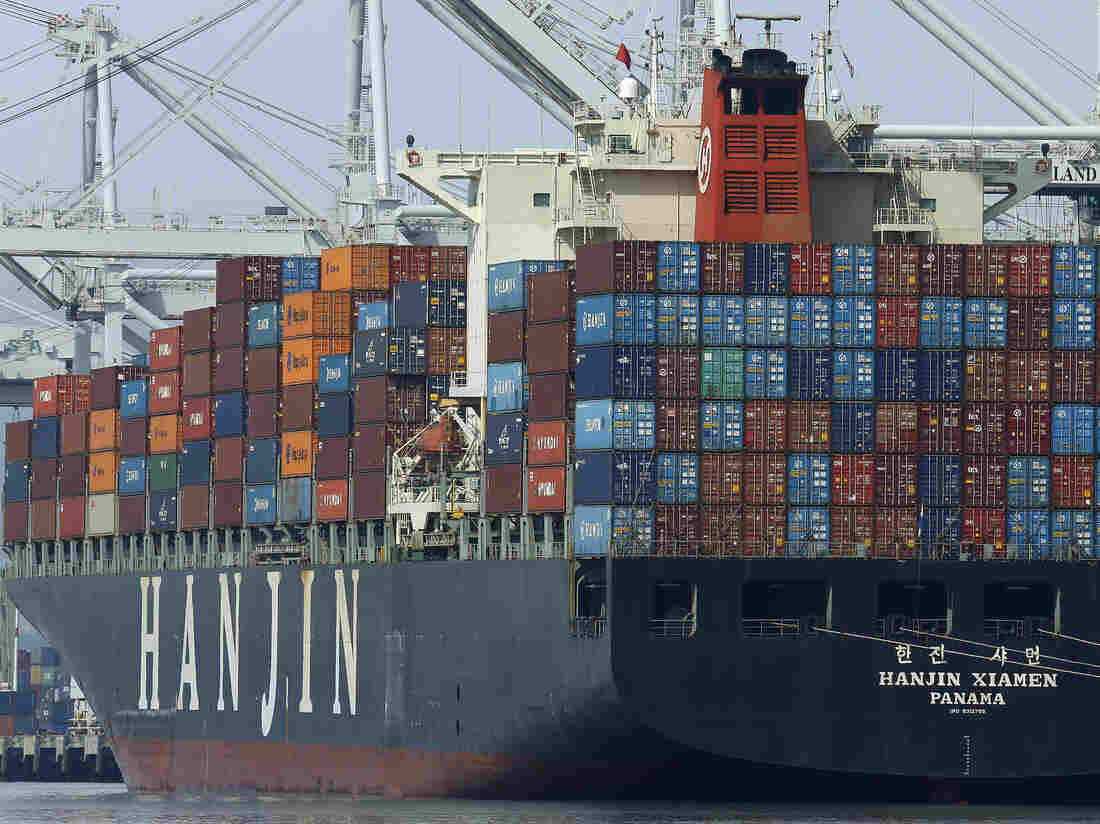 A container ship waits to be unloaded at the Port of Oakland in California. President Trump says the trade deficit that the U.S. runs with other nations must be slashed for the well-being of the country. Ben Margot/AP hide caption 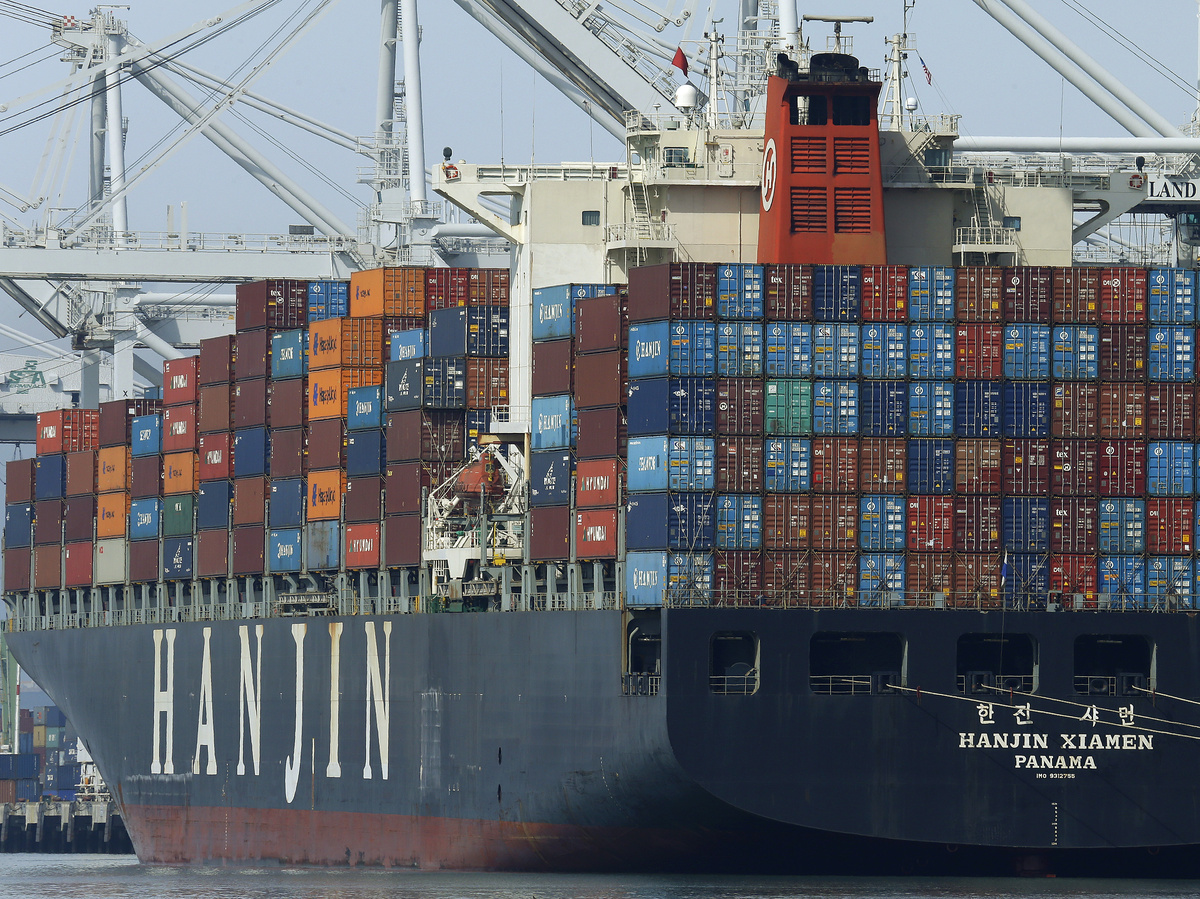 A container ship waits to be unloaded at the Port of Oakland in California. President Trump says the trade deficit that the U.S. runs with other nations must be slashed for the well-being of the country.

Like a lot of Americans, President Trump sees the U.S. trade deficit as an urgent problem — a symbol of U.S. economic decline.

"Any way you look at it, it is the largest deficit of any country in the history of our world. It's out of control," Trump said earlier this month when he announced proposed tariffs on Chinese imports.

Most economists, of various political leanings, are a lot less worried about the trade gap, which totaled $568 billion last year.

"I don't think it's a problem for the U.S. to have a large trade deficit," says Veronique de Rugy, senior research fellow at the Mercatus Center at George Mason University.

The United States buys a lot of products from other countries, everything from oil and chemicals to shoes and automobiles, and when it does, it pays for them in dollars, she notes. As a result, countries such as China and Japan accumulate vast piles of U.S. currency.

Those countries have to exchange those dollars for something, and for a long time they've used them to buy U.S. assets, such as stock, real estate and Treasury bills.

"Every dollar that we send in exchange for goods will come back to us from foreigners in the form of investment. In a sense, if you think about it, it's a win-win for the U.S.," de Rugy says.

Bilateral trade deficits — such as last year's $375 billion U.S. goods gap with China — are even less important, says Alan Blinder, a former Federal Reserve governor and a professor of economics.

"They're absolutely normal components of trade. I now have a very large bilateral trade surplus with my employer, Princeton University, which gives me a paycheck, and I buy almost nothing from the university," Blinder says.

"I have a bilateral deficit with the grocery store, where I buy lots of food and they buy nothing from me. That's the way trade goes," he says. Blinder says trade deficits can become a problem if foreigners suddenly stop wanting to invest in a country. That's what happened to Greece, he notes.

"When it can be a problem is when the rest of the world decides you're not such a good credit risk," Blinder says.

That hasn't happened to the United States and it doesn't appear that it will anytime soon. Foreign investors continue to shovel money into U.S. government debt, for example, resulting in a long period of low interest rates. And they're big buyers of U.S. real estate and stock.

The specter of foreigners buying up U.S. properties may disturb a lot of Americans, who view it as ceding economic control over the country's assets. But it shouldn't, de Rugy says.

"I'm French, and I can tell you these fears also exit in France," she says. "I remember the frenzy about Japanese buying our castles. It just never materialized. This fear people have that it will change the country, that it will put us at risk, it actually doesn't happen."

And with the U.S. government amassing growing amounts of debt every year, it needs the money that foreign investors offer.

"We should be happy that there are countries willing to lend us money at a lower price, because if they weren't it would mean the interest on the debt we pay would be way higher, and it would mean a bigger share of what the government spends going to interest payments," she says.

But Celeste Drake, trade and global policy specialist at the AFL-CIO, is more skeptical about U.S. trade policy.

Instead, the trade deficit has persisted and wages for many workers have been stagnant or worse, Drake says. It's reasonable to ask how long that can continue without damaging the economy, she says.

"This is where we have to say, 'Why don't we revisit the policies that we've put in place? Why don't we start looking at this trade deficit that we've ignored for more than 30 years and to try to figure out how we can address it?' " Drake says.