Accessibility links
3 Photographers Who Captured The Undersides Of Life The Museum of Contemporary Art in Los Angeles is currently exhibiting the work of Brassaï, Diane Arbus and Nan Goldin, who all documented people far from the mainstream with profound intimacy. 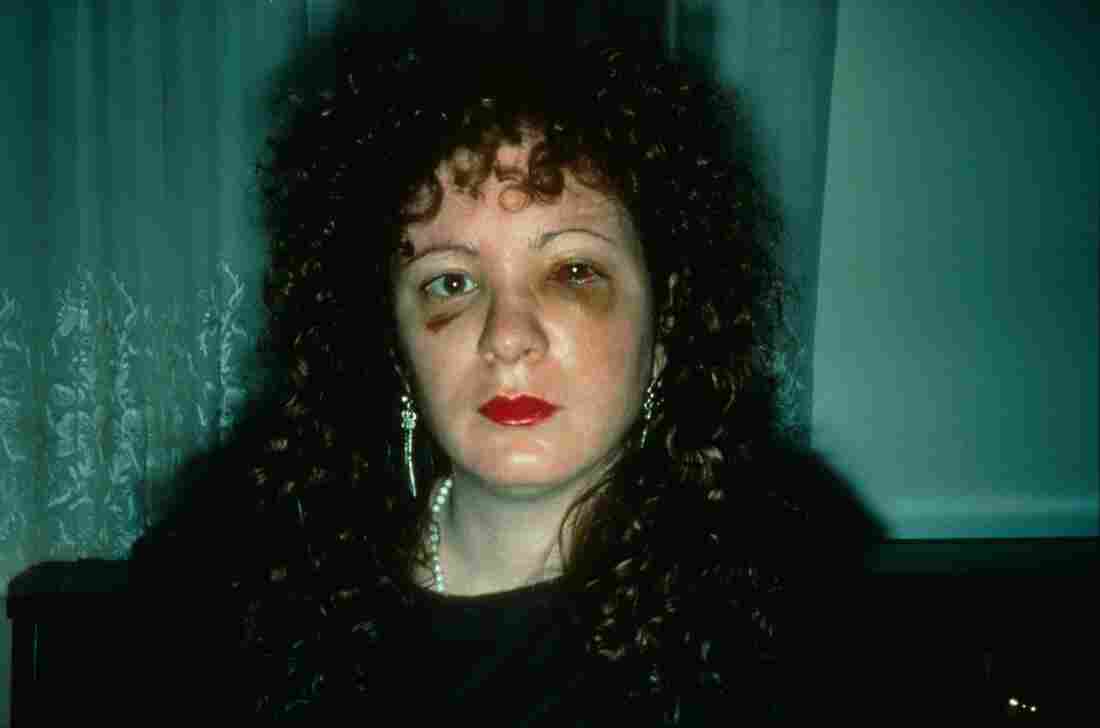 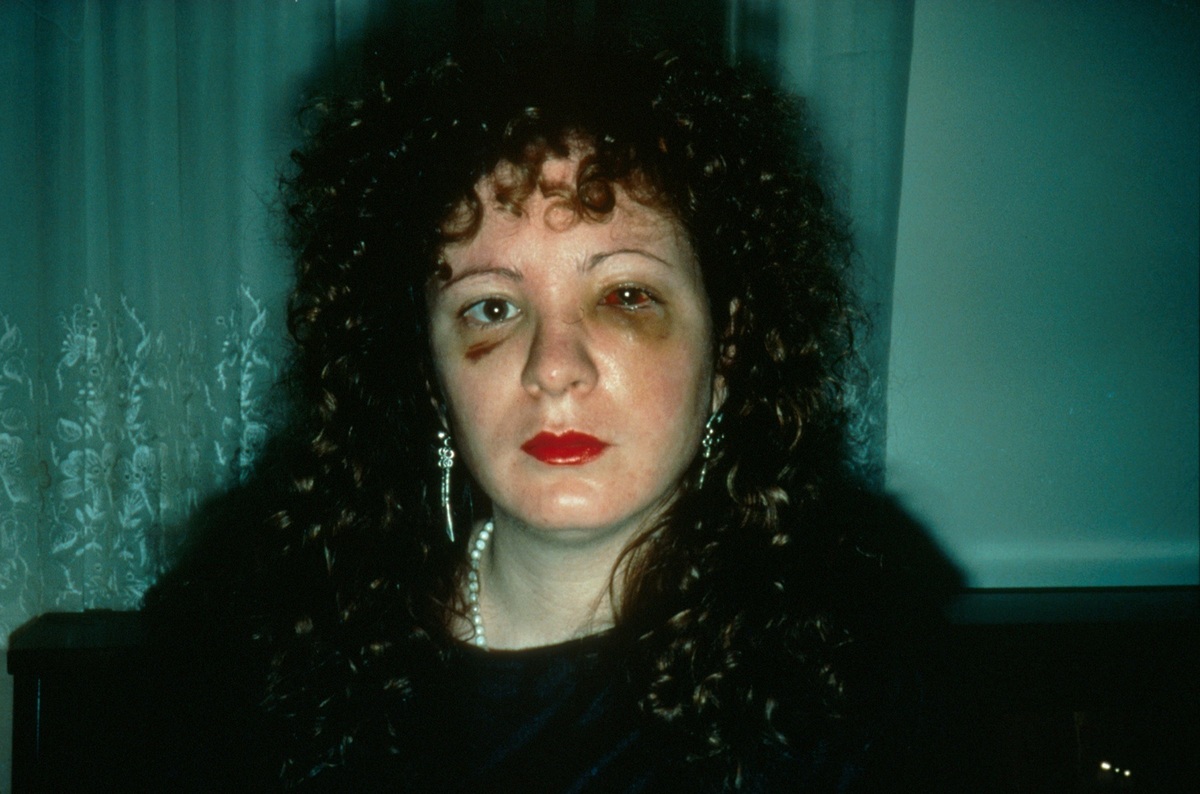 We snap a selfie with the tap of a finger. We're used to preserving smiling moments.

At the Museum of Contemporary Art in Los Angeles, there's an exhibit right now which goes to darker places with a camera. The images in "Real Worlds" are from three major photographers, taken over half a century.

There's Brassaï, a French-Hungarian who made his reputation revealing secret Paris nights between the World Wars. There's Diane Arbus, American, who said in the 1960s, "I really believe there are things nobody would see if I didn't photograph them." And there's Nan Goldin, another American, who stunned the 1980s with her series "The Ballad Of Sexual Dependency."

All three picture-takers are revolutionary: They photographed, with profound intimacy, the undersides of life. Their images are stunning, sometimes shocking, often provocative. 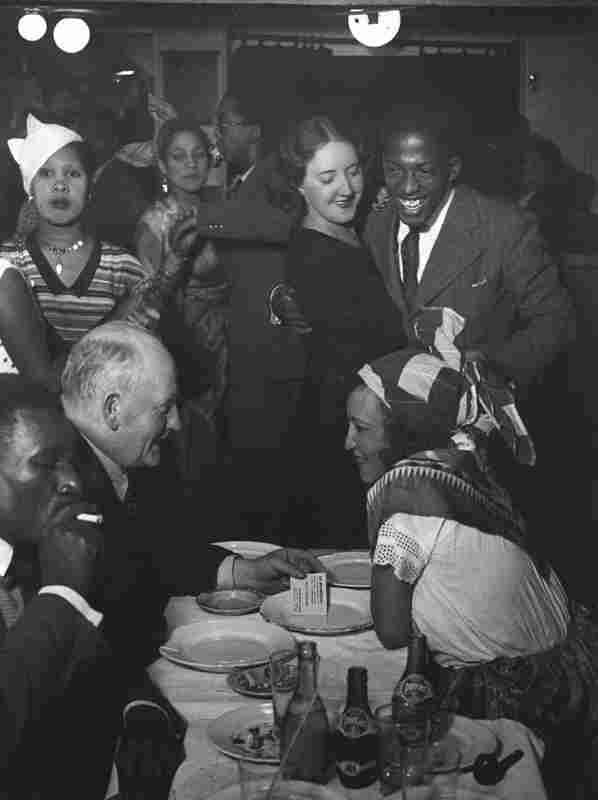 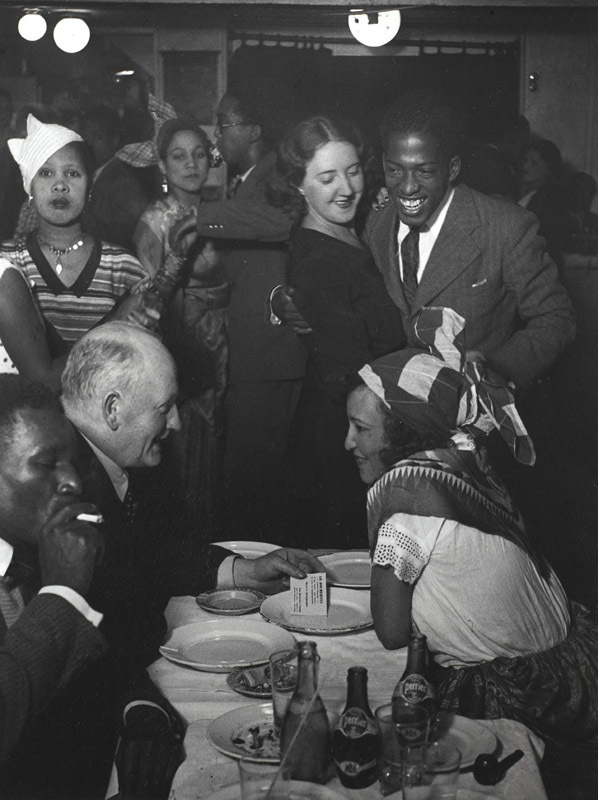 In nighttime Paris, Brassaï stalked the underworld — brothels, streetwalkers. But at MOCA, there's a Brassaï shot of a happy night at an Afro-Caribbean club in Montmartre. Black and white people smoke together, sip Perrier or stronger stuff, dance. And there's an intriguing woman on the left.

"She's wearing this white hat that's just off to the side, a kind of kerchief hat, and she's staring directly at the camera," says curator Lanka Tattersall. "And this is the thing that I find so remarkable in this image. It's taken in 1932. She's looking at Brassaï and she's very aware of her image being taken by this photographer."

It didn't happen that much in 1932 — people roaming around, unannounced, taking your picture. What might she have been thinking?

"She's probably thinking — you know, this scene is being preserved," Tattersall says. "I think that's what makes this photograph absolutely contemporary, is an awareness of what it is to be photographed, and to really think about having your image distributed across time and space."

Thirty years later, American photographer Diane Arbus inherited Brassaï's vision. We were used to having our pictures taken by the 1960s. But Arbus' focus was new. In black and white, she documented people on the fringes. Giants, bearded ladies, people with mental disabilities or those who may have been institutionalized. In Tattersall's words: "people whose bodies or sexual identities didn't conform with kind of mainstream narrative of what it was to be an American."

Arbus was accused of voyeurism, of going after what were then called freak shows. But Tattersall, the MOCA curator, says Arbus forged relationships with her subjects, and that there's empathy in the pictures.

"To me, she's photographing these remarkable individuals who want to be photographed," Tattersall says.

"And it's just this person lying alone, on a bed," Tattersall says. "She's got some balloons taped up on the wall. It might just be a two-person birthday party. It might just be Arbus and this one woman. They're having a fabulous time."

Transgender people also intrigue photographer Nan Goldin. Twenty years after Arbus, Goldin photographs them — as well as gays and lesbians. Hers are the most provocative pictures in the MOCA exhibit.

She also shows people having sex — friends, who let her photograph them having sex. Her camera is part of their scene. Are the pictures invasive?

"I think they're voracious," Tattersall says.

Goldin is exploring relationships — what happens in love, and when love goes wrong. Her 1984 self-portrait, "Nan one month after being battered" (pictured atop this page) shows the damage her lover did to her. Dark bruises under her eyes — the left eye bloody in her swollen face — she looks right at us. The look is uncompromising.

Nan Goldin was 31 years old in that photo. One battered eye was nearly blind. But she's painted her lips carefully. A bright, bright red.

"Even if that moment of violence and abuse is one of victimization, there's a way in which she's saying, "'I am taking my own agency back in this image,'" Tattersall says.

There's a lot of rough stuff in this exhibition — images and ideas that linger long after you've left the building. They trace how great photographers have used their cameras to make us see, understand or recoil, in the course of half a century.