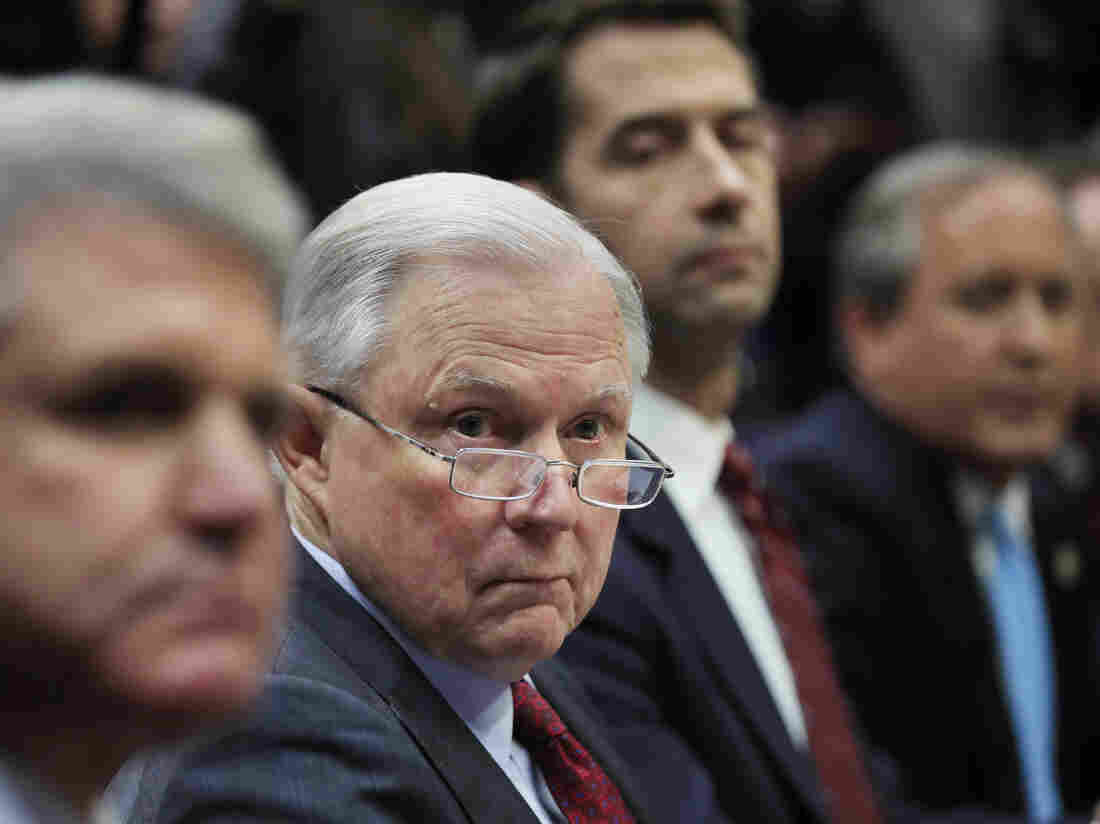 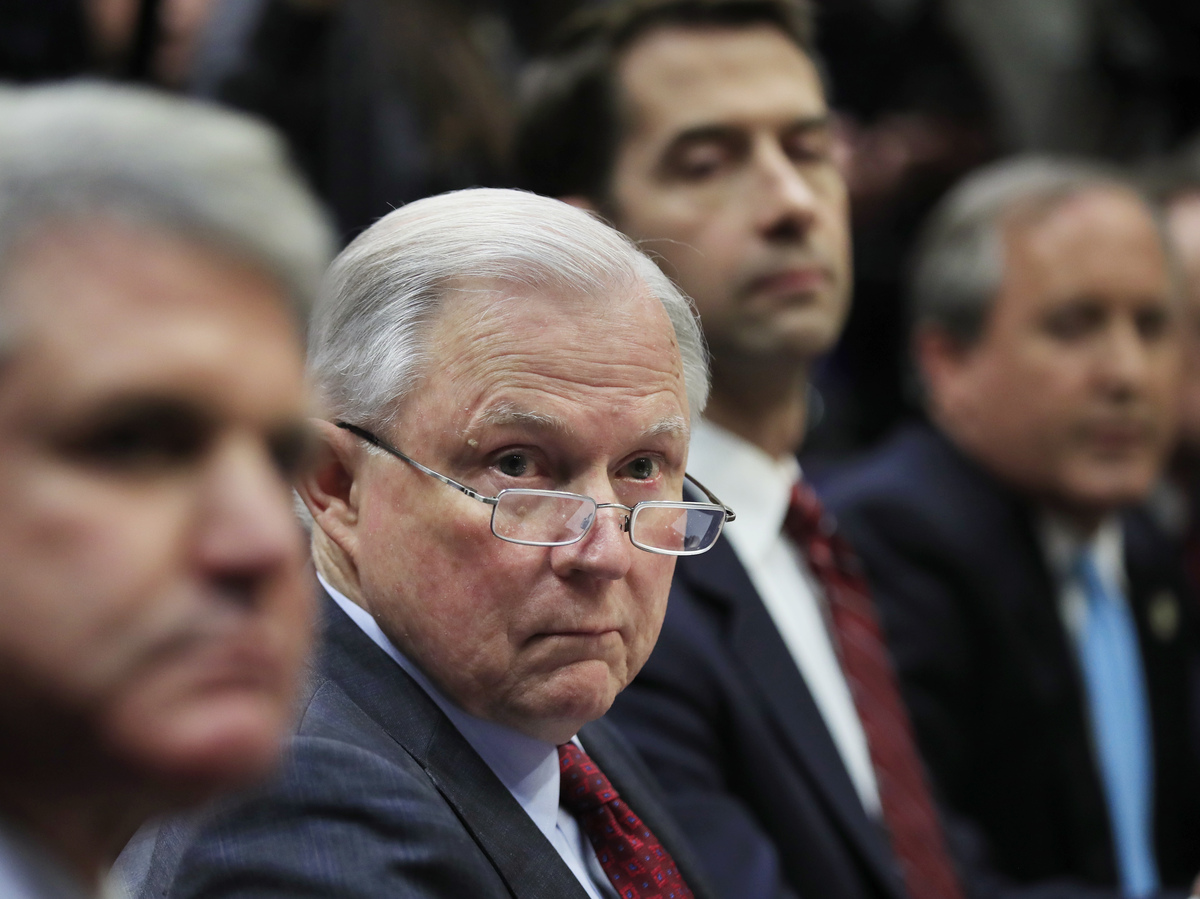 The Trump administration has been trying to ramp up deportations of immigrants in the country illegally. But one thing has been standing in its way: Immigration judges often put these cases on hold.

One practice that is particularly infuriating to Sessions and other immigration hard-liners is called administrative closure. It allows judges to put deportation proceedings on hold indefinitely.

"Basically they have legalized the person who was coming to court, because they were illegally in the country," Sessions said during a speech in December.

Sessions is using his authority over the immigration court system to review a number of judicial decisions. If he overturns those decisions, thousands of other cases could be affected. In this way, he is expected to end administrative closure, or scale it back.

The attorney general may also limit when judges can grant continuances and who qualifies for asylum in the United States.

This could reshape the nation's immigration courts, which are overseen by the Justice Department, and make them move faster. Sessions says he is trying to clear a massive backlog of cases that is clogging the docket.

But critics say he is weighing changes that would threaten the due process rights of immigrants, and the integrity of immigration courts.

"What he wants is an immigration court system which is rapid, and leads to lots of deportations," said Nancy Morawetz, who teaches the Immigrant Rights Clinic at New York University School of Law.

"It's really just an unprecedented move by the attorney general to change the way the whole system works," she said.

It's rare for an attorney general to exercise this power, but Sessions has done it four times in the past three months.

Trump Administration Moves To Reshape Who Qualifies For Asylum

Separately, for the first time, the Justice Department is setting quotas for immigration judges, pushing them to resolve cases quickly in order to meet performance standards.

It's not just immigration lawyers who are worried about the effect of any changes. The union that represents immigration judges is concerned, too.

"A lot of what they are doing raises very serious concerns about the integrity of the system," said Judge Ashley Tabaddor, president of the National Association of Immigration Judges, "judges are supposed to be free from these external pressures."

The attorney general insists he's trying to make sure that judges are deciding cases "fairly and efficiently." And says he is trying to clear a backlog of nearly 700,000 cases.

That is in addition to the hundreds of thousands of cases in administrative closure. Nearly 200,000 immigration cases have been put on hold in this way in the past five years alone.

"Far and away, administrative closure was being abused," said Andrew Arthur, a former immigration judge who is now a fellow at the Center for Immigration Studies, which advocates for lower levels of immigration.

He says many of those cases should have ended in deportation. "But rather than actually going through that process, the Obama administration simply administratively closed them. And took them off the docket to be forgotten," he said.

Sessions has chosen to personally review the case of an undocumented immigrant named Reynaldo Castro-Tum who didn't show up for his removal hearing. The judge wondered whether the man ever got the notice to appear in court and put his deportation proceedings on hold.

In a legal filing in January, Sessions asked whether judges have the authority to order administrative closure and under what circumstances.

Immigration lawyers and judges say there are legitimate reasons to administratively close a case. For instance, some immigrants are waiting for a final decision on visa or green card applications.

There is a backlog for those applications, too. They're granted by U.S. Citizenship and Immigration Services, which is separate from immigration court. And that can take months, if not years.

Immigration lawyers and judges are worried that undocumented immigrants could be deported in the meantime.

"You know this is not the private sector where you pay extra money and you can get it done in two days," said Cheryl David, an immigration lawyer in New York.

David represents hundreds of undocumented immigrants who are facing deportation. She often asks judges to put the proceedings on hold.

"It gives our clients some wiggle room to try and move forward on applications," she said. "These are human beings, they're not files."

Immigration lawyers say these changes could affect immigrants across the country.

Brenda DeLeon has applied for a special visa for crime victims who are undocumented. She says her boyfriend beat her up, and she went to the police.

She came to the U.S. illegally from El Salvador in 2015, fleeing gang violence, and settled in North Carolina.

"If I go back, then my life is in danger," DeLeon said through a translator. "And not only mine, but my children's lives too."

For now, a judge has put DeLeon's deportation case on hold while she waits for an answer on her visa application.