Accessibility links
U.S. Utilities Look To Electric Cars As Their Savior Amid Decline In Demand After years of rising demand, utility companies are staring down a projected decline in the demand for electricity. They say the budding electric car industry could save them.

U.S. Utilities Look To Electric Cars As Their Savior Amid Decline In Demand 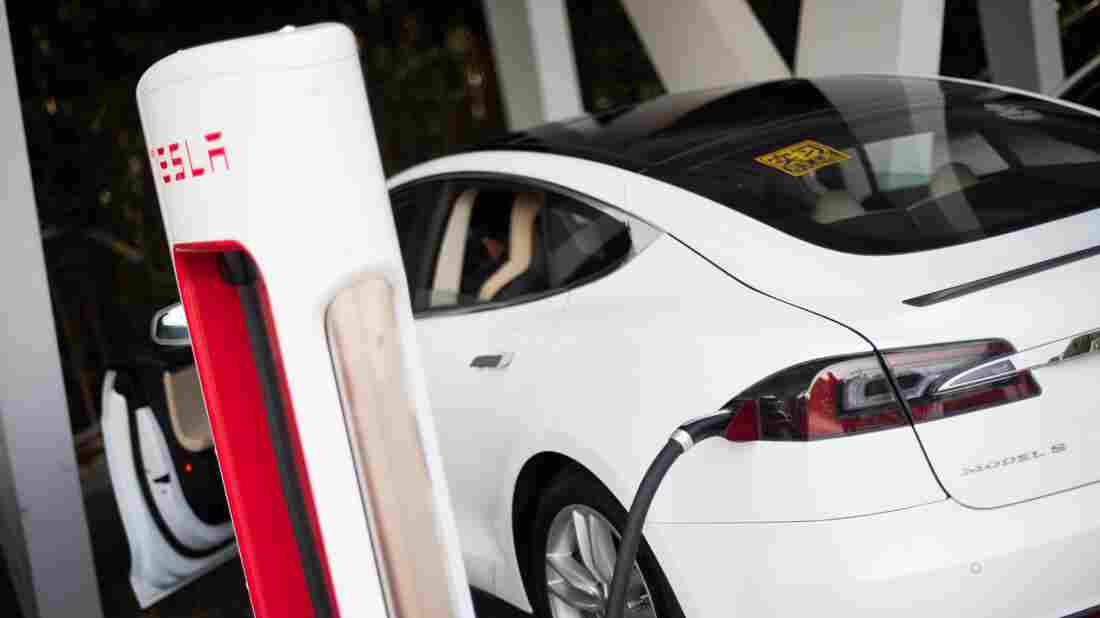 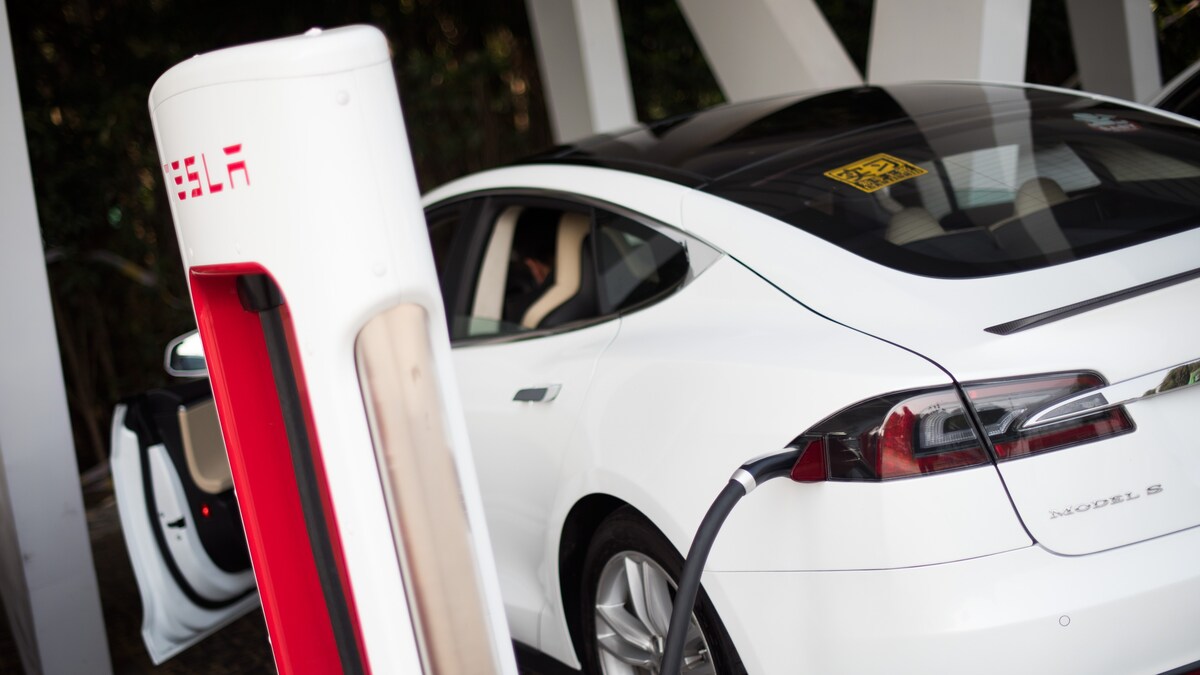 A Tesla Model S electric vehicle is charged at a car dealership in Shanghai, China, in March 2015.

The U.S. electricity sector is eyeing the developing electric car market as a remedy for an unprecedented decline in demand for electricity.

After decades of rising electricity demand, experts say the utility industry grossly underestimated the impact of cheap renewable energy and the surge of natural gas production. For the first time ever, the Tennessee Valley Authority is projecting a 13 percent drop in demand across the region it serves in seven states, which is the first persistent decline in the federally owned agency's 85-year history.

Electric vehicles (EVs) only make up 1 percent of the U.S. car market, but utility companies are taking advantage of their growing popularity by investing in charging infrastructure and partnering with carmakers to offer rebates, says Quartz reporter Michael J. Coren. A report by the Rocky Mountain Institute, a non-profit clean energy research group, projects there could be almost 2.9 million electric cars on the road in the next five years.

"I think everyone's been actually quite surprised at how fast EVs are selling," he tells Here & Now's Jeremy Hobson. "Electric carmakers are realizing that electric cars ... will essentially be cars in the next 10 to 20 years."

Bloomberg estimates that if all existing U.S. cars and non-commercial trucks were converted to electric, it would add about 774 terawatt hours of electricity demand, which is almost equal to the amount generated by entire U.S. industrial sector. EVs are also projected to make up about 5 percent of global electricity consumption by 2040.

Utility companies are seeking to get ahead of this expected growth. A group of 36 companies wrote a letter to Congress earlier this month lobbying for the removal of the cap on EV tax credits. Currently, Americans who purchase an electric car receive a federal tax credit of $7,500. But the government plans to phase out those credits after each auto company sells 200,000 vehicles.

Tesla will likely see their tax credits disappear this year, with GM and Nissan right behind. This means that people will be less likely to buy electric cars right when power companies need them. Many automakers are divided over whether lifting the threshold indefinitely will drive sales.

"In fact, the incentives give us a relative disadvantage," says Tesla CEO Elon Musk because Tesla customers soon won't get any tax credits. "Tesla's competitive advantage improves as the incentive goes away."

The task of preparing for the surge in electric car ownership will likely cost the electricity industry hundreds of billions of dollars. Aging energy infrastructure won't be able to accommodate new cars plugging into the grid, resulting in many blown transformers, Coren says.

"They have plenty of capacity to take all the EVs on if they need to, but not if they plug them in at the same time," he says. "So there has to be essentially what's called a managed charging system for the grid to handle all the new load."

At the same time, utility companies will be forced to adapt their business model in order to combat falling revenues.

"Efficiency cuts utilities' revenues and not their costs, and this is a big problem," Amory Lovins, chief scientist and co-founder of the Rocky Mountain Institute, told Bloomberg. "The whole business model is upside down."

"We're going to have to stop thinking of the utility as sort of the main source of electricity, and think of it more as a reliability network and start paying for that," he says.

Even if you're getting energy from solar panels on your roof and other renewable sources, you will still need power from the grid sometimes – for instance, if it's a cloudy day with high winds — and "you need to move that around the state or even around a region as a backup," Coren adds.

While utilities will be forced to undergo a transformation, the decline in demand is actually a good thing. That's why in their pitch to Congress to lift caps on EV tax credits, utilities argued that investment in the EV market will help move the energy industry forward.

"Eliminating the manufacturers' cap will provide certainty to both automakers and consumers," the letter states. "It will also allow the utility industry to enable an electrified transportation future that creates and sustains more American jobs, reduces our reliance on foreign oil, makes our air cleaner, and our communities more sustainable."