Austin Police Chief On Bomber: 'He Was A Domestic Terrorist'

Austin Police Chief On Bomber: 'He Was A Domestic Terrorist' 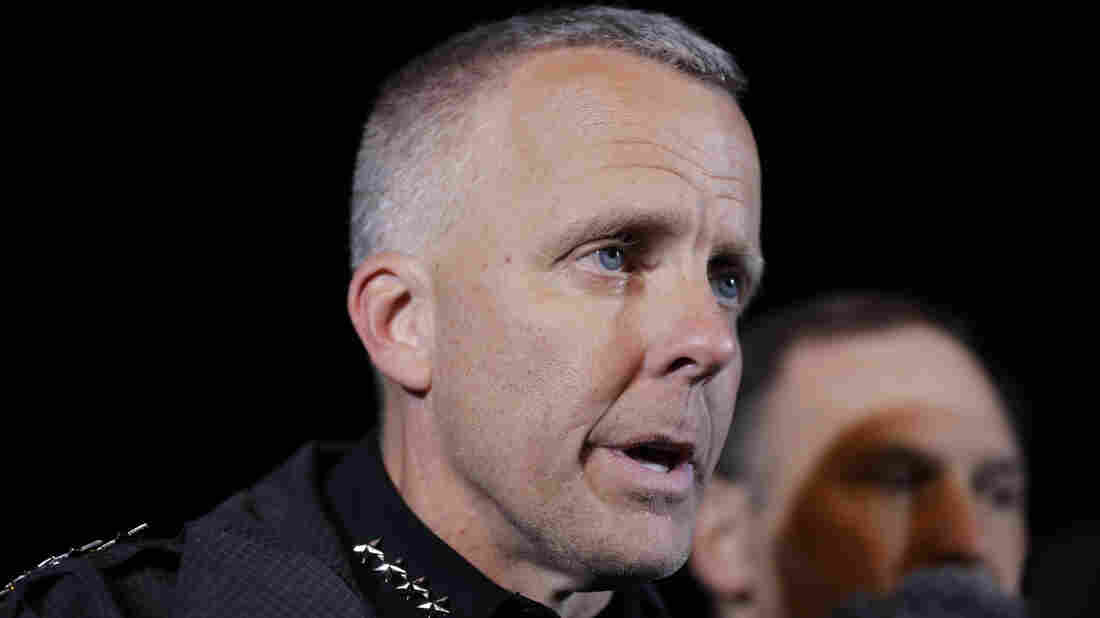 Austin's interim police chief Brian Manley briefs the media on March 21, 2018, in Round Rock, Texas. The suspect in a spate of bombing attacks that terrorized Austin blew himself up with an explosive device as authorities closed in. Eric Gay/AP hide caption 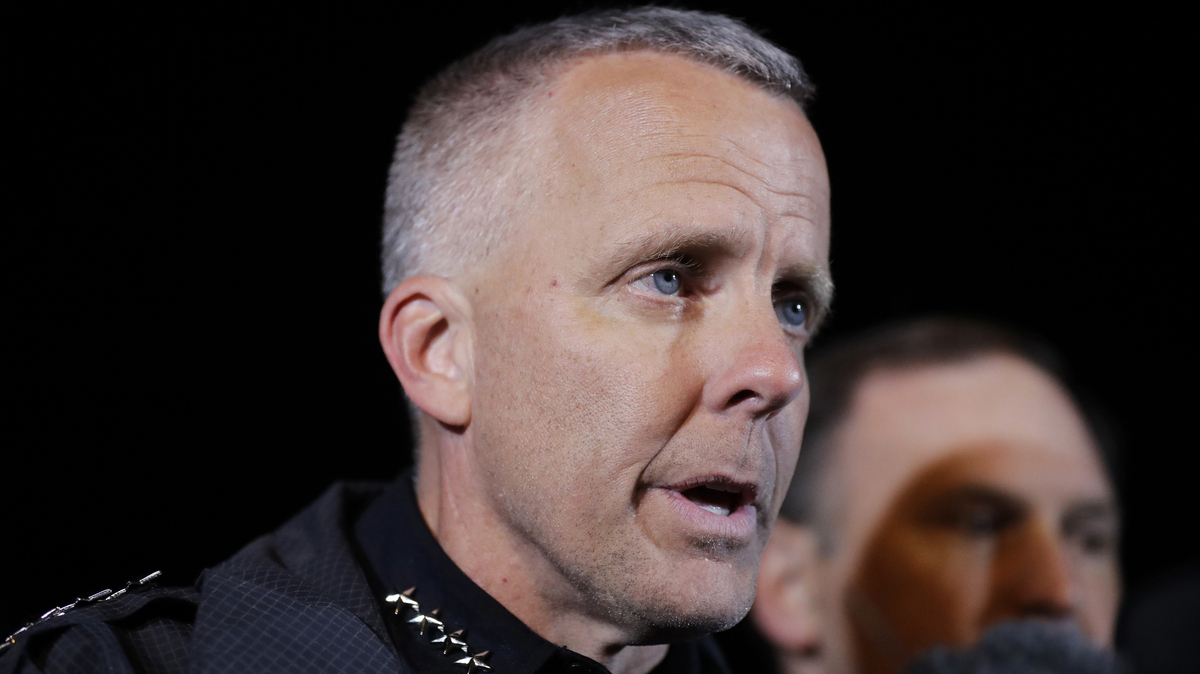 Austin's interim police chief Brian Manley briefs the media on March 21, 2018, in Round Rock, Texas. The suspect in a spate of bombing attacks that terrorized Austin blew himself up with an explosive device as authorities closed in.

Despite previous calls from the community after a string of bombings killed 39-year-old Stephan House and 17-year-old Draylen Mason, Manley hadn't used the term. At the panel, he said he's now "very comfortable" calling Mark Conditt a terrorist.

"I actually agree now that he was a domestic terrorist for what he did to us," Manley said to the crowd gathered at the George Washington Carver Museum in East Austin for a panel examining the bombings' impact on communities of color.

At a press conference after the bomber's death, Manley called him a "challenged young man," sparking widespread criticism. On Thursday, Manley said he didn't call Conditt a "domestic terrorist" because the term has a legal definition and he is not a prosecutor.

"Knowing that it might end up in a legal system at some point, I was being very specific on legal definitions that exist under federal law," Manley said.

He said in the past week, he's had time to focus less on the day-to-day investigation and more on the effect the three-week string of bombings has had on Austin.

Chas Moore of the Austin Justice Coalition agreed with Manley, but said he believes the bomber was treated differently because of his race.

"Was the young man troubled? Absolutely. But he was a troubled young man that turned out to be a domestic terrorist," Moore said. "Because he was white, we gave him the benefit of being a human first."

That perceived racial insensitivity was also present in the early stages of the investigation. Manley and the Austin Police Department were criticized for their initial handling of the death of House, the first victim. APD first thought his death was connected to a drug raid down the street from his home. His death was later reclassified as "suspicious," and investigators suggested House may have crafted and set off the bomb himself. It was only after the second and third bombings that authorities began to suspect the possibility of a political or hate-related motive for the bombings.

Panelist Gilbert Rivera, a longtime East Austin activist, said he always considered the bomber a domestic terrorist. He said the national spotlight the bombings brought to Austin's racial divisions doesn't start and end with this case.

Why People Are Reluctant To Call The Austin Bomber A Terrorist

Why People Are Reluctant To Call The Austin Bomber A Terrorist

'To Us, It's Very Much Racial': Bombings Highlight Austin's '2 Cities'

'To Us, It's Very Much Racial': Bombings Highlight Austin's '2 Cities'

APD has a long history of inequitable treatment of minorities, he said, citing his own experience of being beaten by Austin police officers in 1972 and the fatal police shooting of 17-year-old David Joseph in 2016 as examples.

The bombings, he said, "brought up everything that is part of our DNA."

Manley said it's important for citizens and police to recognize that past, adding that the police department was spurred by Moore and the Austin Justice Coalition to implement measures like training to emphasize de-escalation and recognize officers' implicit biases.

Moore said the problem is more systemic than police training and mindfulness. While Austin may view itself as a progressive bulwark, it's the only major city with a shrinking black population and longtime residents of the East Side have been priced out of their homes as moneyed developers move in.

That fact often makes white Austinites uncomfortable, Moore said, but uncomfortable conversations about privilege and bias in Austin are integral to addressing inequity.

"To really become an anti-racist city, that's going to take some really deep soul-searching," he said, "and I don't know if we're there yet."

An earlier version of this story incorrectly spelled the name of East Austin activist Gilbert Rivera.