Accessibility links
Jeff Sessions Says 'No' To Republican Requests For A Second Special Counsel Sessions said a special counsel is reserved for extraordinary circumstances, and argues that the GOP allegations do not rise to that level. Instead, Sessions has assigned the U.S. attorney for Utah. 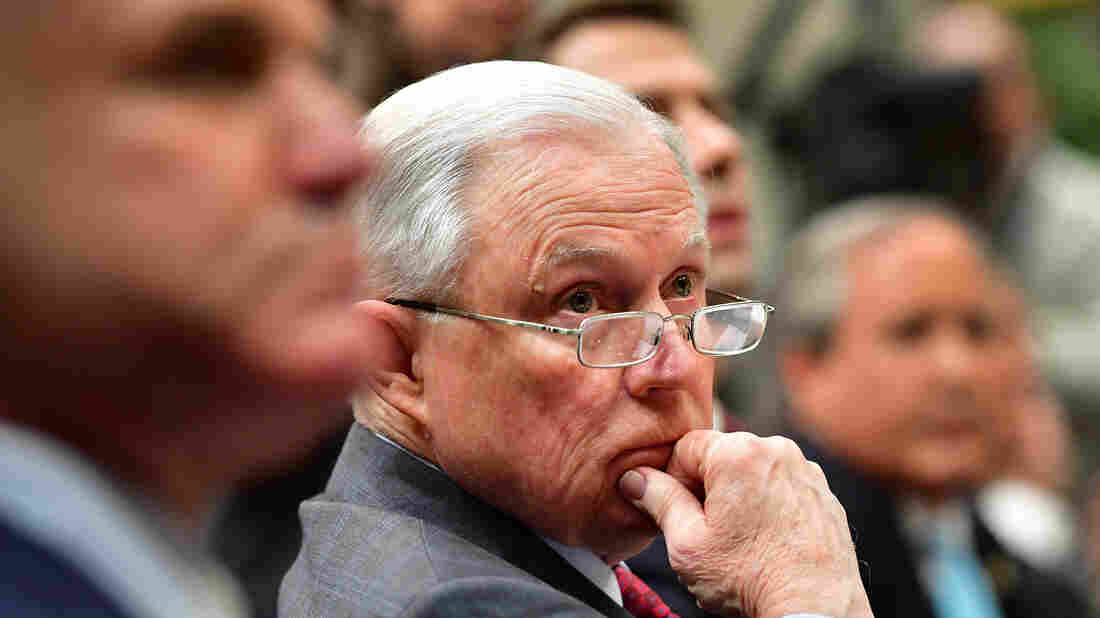 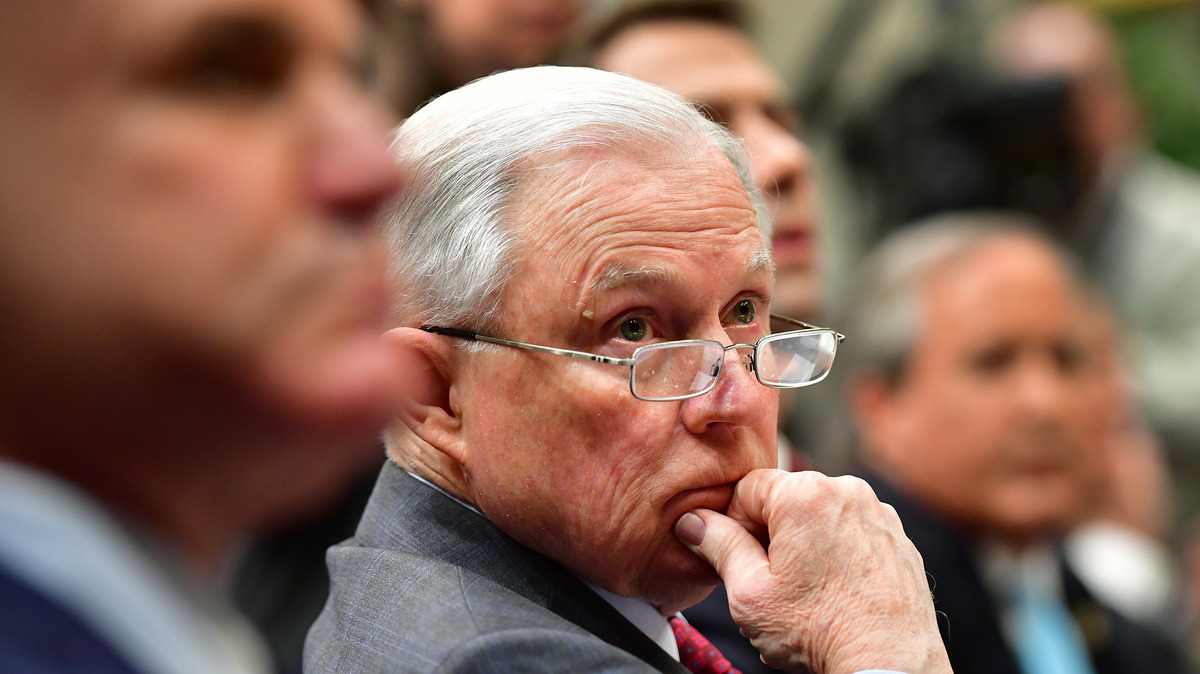 Attorney General Jeff Sessions says he is not appointing — for now — a second special counsel to investigate allegations of wrongdoing by the FBI and Justice Department, telling Republican lawmakers that he has already asked a veteran prosecutor to look into the matter.

Republicans on Capitol Hill, including the chairmen of the Senate and House judiciary committees, have ramped up their push in recent weeks for a second special counsel to investigate what they say was misconduct by the FBI and Justice Department in 2016 and 2017.

But, in a four-page letter sent to lawmakers Thursday, Sessions said a special counsel is reserved for extraordinary circumstances, and argues that the GOP allegations do not rise to that level. Sessions does not rule out the possibility of appointing another special counsel in the future, but says for now he has assigned the U.S. attorney for Utah, John W. Huber, to look into the claims.

"I am confident that Mr. Huber's review will include a full, complete and objective evaluation of these matters that is consistent with the law and the facts," the attorney general said in his letter.

Sessions said he receives regular updates from Huber. Once Huber concludes his review, he will provide recommendations about new areas of possible investigation as well as whether new resources are required and "whether any matters merit the appointment of a Special Counsel," Sessions said.

Horowitz announced on Wednesday that he is launching a review to examine whether the department and the FBI violated legal requirements or procedures when applying for court approval for surveillance orders on a former Trump campaign adviser, Carter Page.

While Republicans welcomed the inspector general's review, Sen. Lindsey Graham, R-S.C., at least, said it did not preclude the need for a special counsel to "ensure the investigation is thorough and complete."

Republican lawmakers have also made allegations of political influence on decisions made at senior levels of the Justice Department and FBI in 2016. Democrats say all of the GOP allegations are an attempt to undermine special counsel Robert Mueller's investigation into possible coordination between the Trump campaign and Russia.

Goodlatte and Gowdy said in a statement they were "encouraged" by the designation of Huber. "While we continue to believe the appointment of a second Special Counsel is necessary, this is a step in the right direction," the two chairmen said. "We expect that U.S. Attorney Huber, given his reputation, will conduct an independent and thorough investigation."

The two Republican lawmakers added: "We applaud the Attorney General for demonstrating his commitment to this investigation by selecting an individual outside of Washington, D.C. to lead the review. We think it is important that Mr. Huber report directly to the Attorney General since the Attorney General, as the head of the Justice Department, reserves the right to appoint a special counsel in the future. In the meantime we intend to continue our investigation into the decisions made and not made by DOJ in 2016 and 2017."