Accessibility links
A Fragile Relationship Tested By Freedom In 'Outside In' Writer/director Lynn Shelton's latest film is about a man (Jay Duplass) freed from wrongful imprisonment thanks to the work of a woman (Edie Falco). The movie asks: What now? 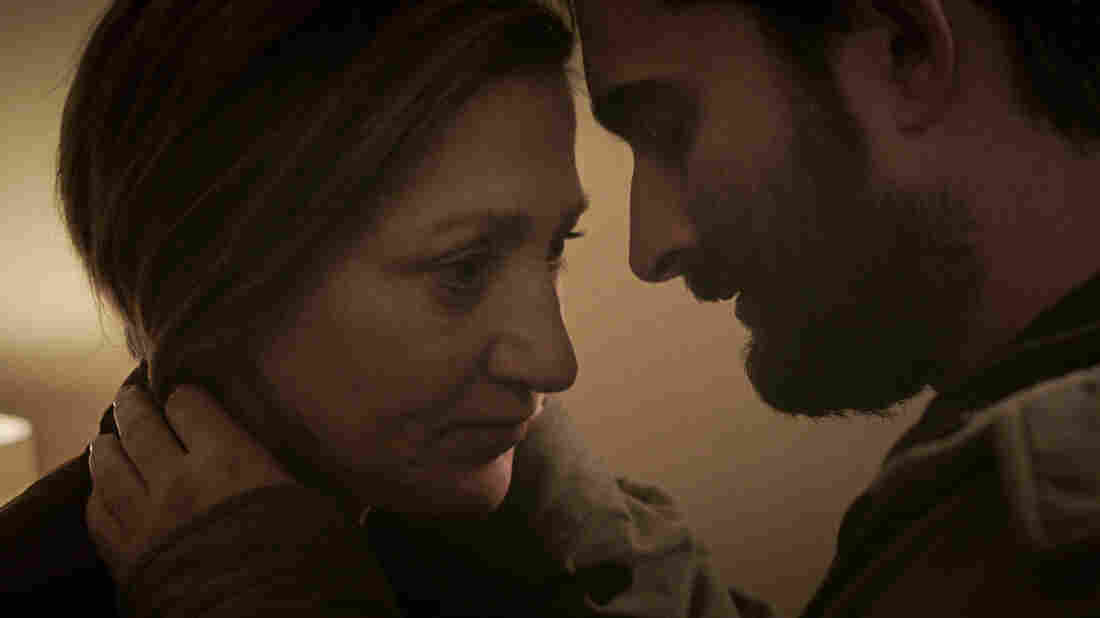 Carol (Edie Falco) and Chris (Jay Duplass) share an intimate moment in Lynn Shelton's Outside In. The Orchard hide caption 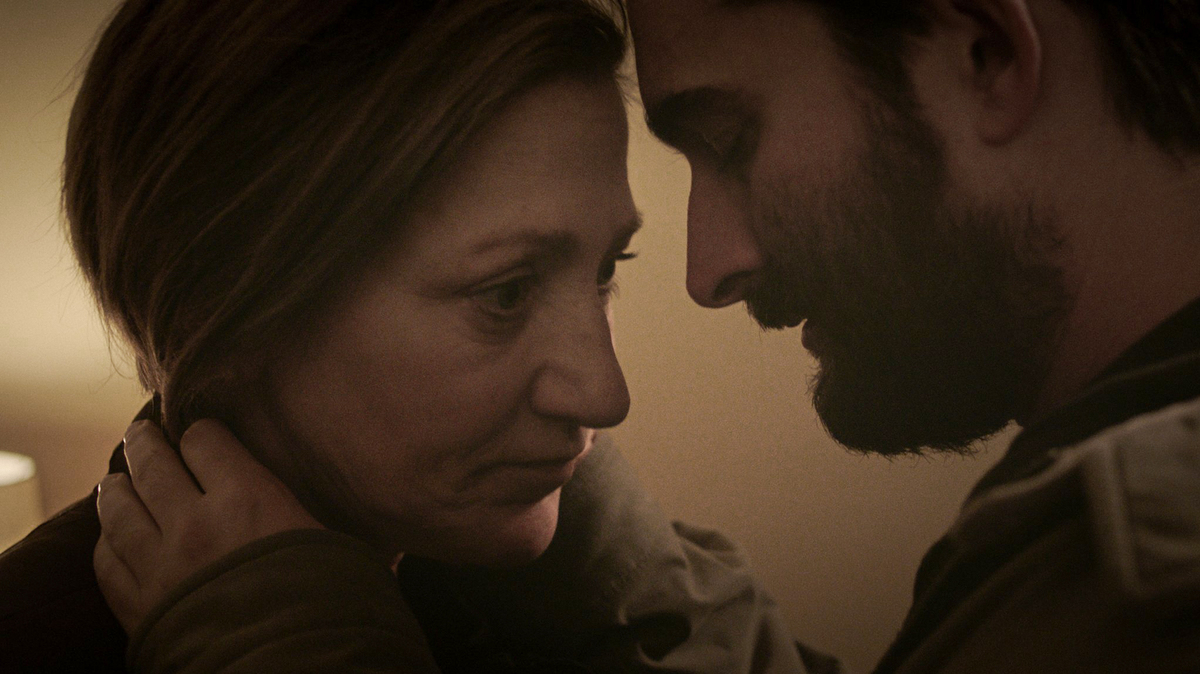 Carol (Edie Falco) and Chris (Jay Duplass) share an intimate moment in Lynn Shelton's Outside In.

What happens to a relationship when its rules change?

That's a question writer/director Lynn Shelton has spent a good part of her filmmaking career answering in a series of intimate indie comedies like Humpday and Your Sister's Sister. Her latest, Outside In, stars Edie Falco and Jay Duplass and it centers on a seemingly impossible relationship that ... may just prove possible.

We meet Duplass' character Chris on his way to what will prove a painfully awkward surprise party. One reason it's so awkward is the reason behind the party itself: Chris, now 38, has spent the last 20 years in prison ... apparently without deserving to. He's out now, thanks to the hard and tireless work of Carol (Falco). She believed in him, and threw herself into years of research and legal legwork. She kept his spirits up with lessons and letters — for two decades, she's been his only lifeline. And at this party, everything she's been hoping for, working for, has finally happened: He's here.

Chris presents her with a gift — a postcard-sized portrait of her that he painted while he was still locked up. He doesn't need it anymore, he tells her, because now he can see her whenever he wants.

And that's where things get complicated. Carol has responsibilities — a husband, a daughter who wasn't even born when Chris went in — so Chris starts trying to readjust to life outside on his own. He tools around town on the bike he rode as an 18-year-old, learning how to interact with kids on skateboards and with onetime pals who now have their own families. As he does this, filmmaker Shelton shows us the teen in the adult — the kid who didn't get a chance to grow up.

The only one who sees Chris clearly is Carol, and when he senses her pulling back from him, he — perhaps unwisely — pushes.

Shelton specializes in placing characters in awkward-to-the-point-of-cataclysmic situations, then settling back to watch what they do. Her actors are always natural and unaffected, but in Falco and Duplass, she's found interpreters who seem to breathe her characters.

Duplass (who co-wrote the script) makes Chris painfully vulnerable in his newfound freedom. Falco's eyes brim as she looks at the man he's become, and laments the prison she's made of her own life.

Where can this all end? It's easy to see what would happen in a mainstream Hollywood movie. Happily, Outside In locates itself outside the mainstream. It doesn't go there — at all.