Accessibility links
Frankie Cosmos Examines Fear, Fame And Womanhood Vessel is Greta Kline's third proper album as the leader of Frankie Cosmos, though she's been putting her music online since she was 16. At 24, her songs have come to find the beauty in melancholy. 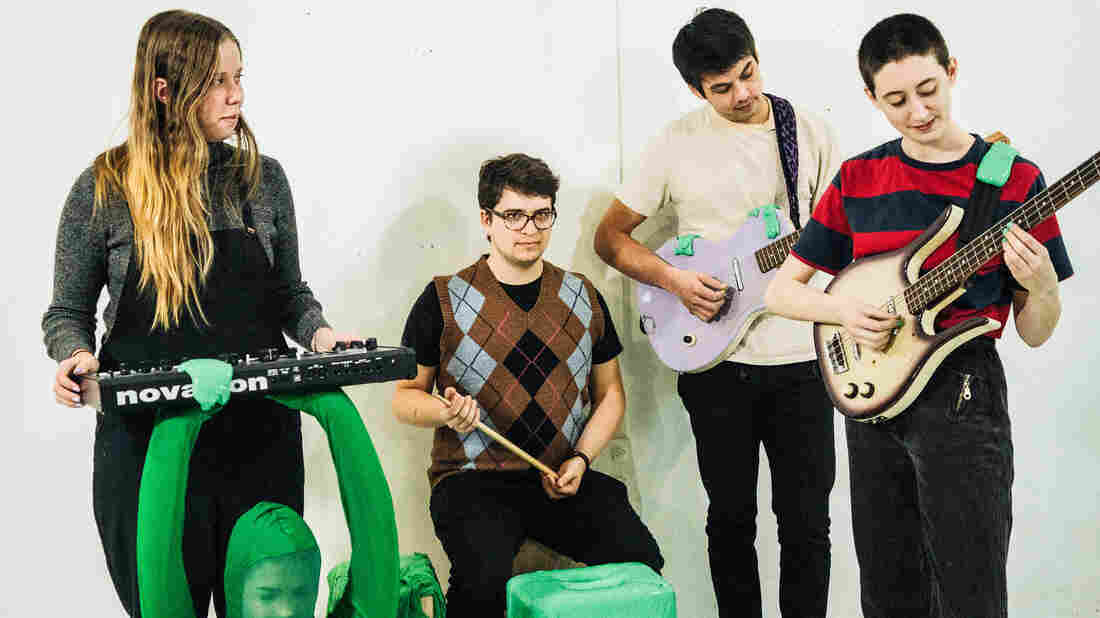 When Greta Kline began uploading her dreamy, unvarnished indie-pop songs to the corners of the internet as a teenager, she never anticipated playing them live. Now, the 24-year-old is gearing up for a relentless summer tour across the U.S. and Europe with her band Frankie Cosmos, touring behind the heavy but humorous new album Vessel.

Kline writes all of Frankie Cosmos' lyrics and most of its music, though the name belongs to the group: She tours with and records with bassist Alex Bailey, keyboardist Lauren Martin and drummer Luke Pyenson. Kline says she originally envisioned Frankie as a character, born of her own early reluctance to be onstage.

Fame runs in Kline's family: Her parents, the actors Kevin Kline and Phoebe Cates, raised her and her older brother in New York, sometimes taking them to red carpets. She says her family's advice and support has informed her path as a young musician. "Having parents who both succeeded with careers in the arts led me to understand [that a career in music] was possible." 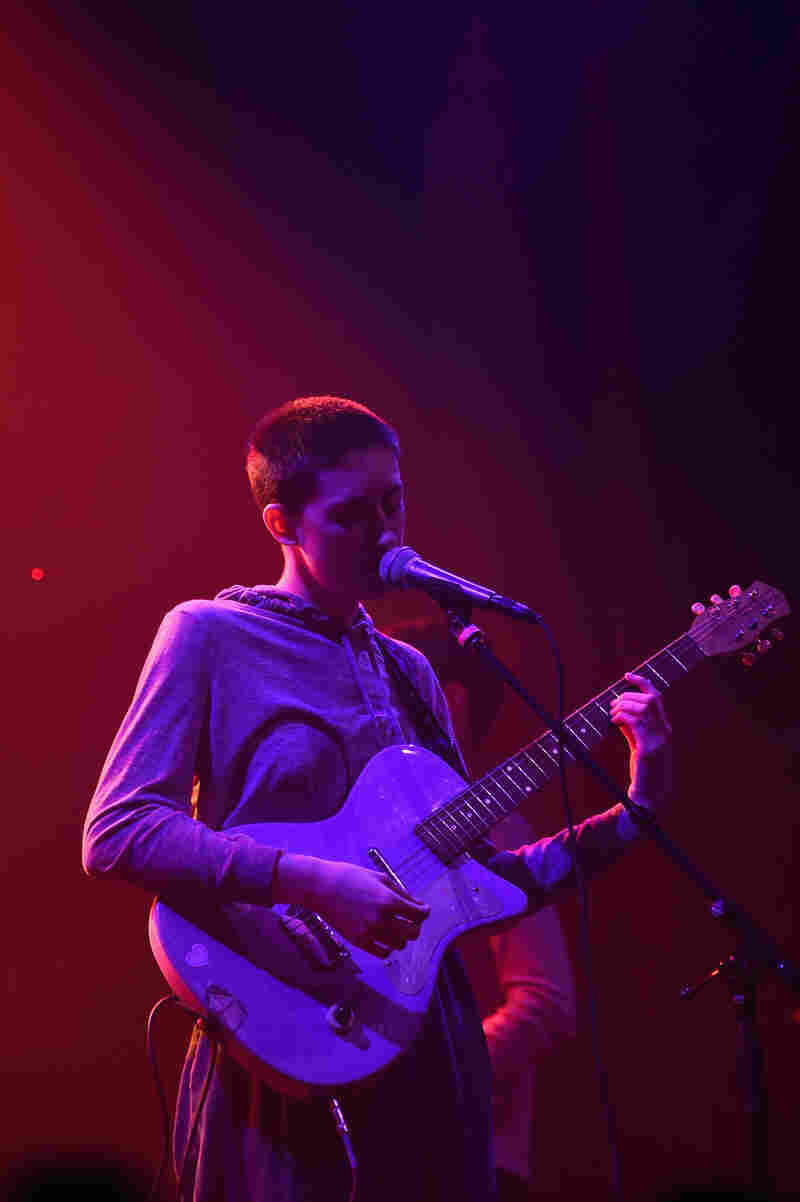 Kline was 16 when she left a rigorous high school in favor of home schooling — but she learned even more when she fell into the New York DIY scene that year, attending shows scattered throughout its boroughs and playing a handful of instruments across different indie bands, including Porches. Kline attended New York University for two years before dropping out to maximize her music efforts in 2016. By then, she'd released so many songs on her Bandcamp that the page had begun to feel like an infinitely scrolling diary.

Over Vessel's 18 upbeat pop songs, Kline asserts a simultaneously enchanted and world-weary outlook. Yearning, heartbreak, millennial ennui and especially womanhood are pored over with quiet trepidation and subdued humor. "My body is a burden / I'm always yearning to be less accommodating," she muses on "Accommodate," a gliding song that explores the small losses women are expected to make regularly in catering to the people around them.

"Being stuck in a female body is restrictive in a lot of ways," Kline says. "It sort of defines the way that everybody's going to see what I'm making, and what I'm doing and how they can treat me."

Elsewhere, ambivalence surfaces: "Looking around at 22 and so tired of myself around you / Maybe I don't fit your ideals anymore / Or maybe I just grew up into a bore," she sings on "Apathy." The line is a little sarcastic, Kline says, but it came from a real place: "Sometimes when you care about something so much, like I feel I do about a lot of things, I sometimes wish that I had apathy just because it would be more relaxing."

A little apathy could come in handy onstage: For as much as she's done it in just a few years, she says she still gets anxious performing live. "I feel very exposed on stage," she says. "It's made harder by the fact that it's very close to me, and that I care about it a lot."

Still, she says she's grateful that these songs about the beauty that accompanies melancholy has resonated with so many fans. "I'm never going to make [this project] for anyone else," Kline says. "It's always going to originate from being for me, and I think I have to hold onto that."