Accessibility links
Ousted Marine Commander Aims To 'Fight Like A Girl' Against Gender Bias In Marines Kate Germano worked to hold female recruits to a higher bar. Then she was fired. In a new book, the retired officer talks about her efforts to improve training for women throughout the Marine Corps.

To former Lt. Col. Kate Germano, achieving success can be as simple as setting higher standards.

In her new book titled, Fight Like a Girl: The Truth Behind How Female Marines Are Trained, the former Marine and co-author Kelly Kennedy, share her story of fighting to raise the bar for training female recruits in the Marine Corps. 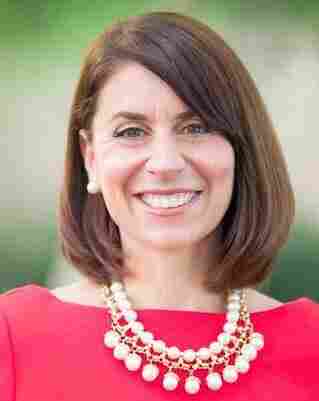 The military branch has one of the lowest rates of women serving, and it's the only remaining branch to separate women from men during training. Germano says the Marine Corps' opposition to her push to hold both genders to the same standards is the reason she was removed from her post.

'An Atmosphere Of Neglect'

In June of 2014, Germano assumed the role of lieutenant colonel, charged with leading and training the all-female 4th Battalion at Parris Island, the Marine Corps boot camp in South Carolina. When she arrived, she says she observed an environment that didn't encourage success from the female recruits.

"They had been isolated by both time and space on Parris Island," she tells NPR's Michel Martin. "The compound where the Marines were trained was so separate from anywhere else on the base that it had created this sort of lax leadership from the senior men at the depot." The lack of support from the upper ranks signaled to her a deeper disregard for the preparation of the branch's female recruits. 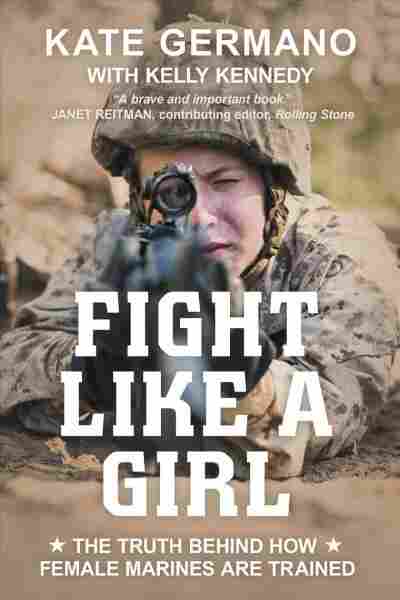 The Truth Behind How Female Marines Are Trained

by Kate Germano and Kelly Kennedy

That atmosphere, Germano says, and issues of women not receiving the same respect as the male recruits, resulted in a discrepancy between performance on basic qualifications between the women and their male counterparts.When Germano arrived, the female recruits were drastically underperforming the men in areas like injury rates, fitness evaluations, and rifle performance.

"I can tell you that for decades women had underperformed because there were lower expectations for what they could achieve," Germano says.

To her, the plan was simple: expect better results, see better results. Over her year at Parris Island, Germano worked to shape the female recruits into the Marines she felt like they could easily become. "We just put a plan together to have discipline and hold them to higher standards and to make sure that at every opportunity we were training and coaching rather than simply screaming at recruits for 13 straight weeks," she says.

In late June of 2015, however, Germano found herself at the end of a tumultuous year. Climate surveys conducted among the recruits in her battalion labeled her leadership style as mean, abrasive and too demanding. Coupled with multiple clashes with her boss on how things should change, Germano faced a difficult time in her position at Parris Island.

"If you look at history ... the Marine Corps has always been the service that is the most resistant to change," she says. According to Germano, that resistance led to her firing that June.

At the time of her dismissal, the Marines were undergoing an experiment to look at expanding gender-integrated service roles, including ground combat jobs and units. Germano says she was ousted because her recruits were succeeding — and taking the air out of a belief by some in the Marine Corps that women would ultimately be unable to compare to the men. "Our results on Parris Island, what we were proving on the rifle range, what we were proving in physical fitness, directly conflicted with that narrative," she says.

Kelly Kennedy, an Army veteran and longtime military journalist, co-authored the book with Germano to help tell the story of the troublesome climate for women at Parris Island that year. She says that this self-fulfilling prophecy of underachievement is something she experienced herself — a problem that exemplifies how setting the bar low holds women back in both the military and other fields as well.

"I don't believe it's Marines-specific or military-specific at all. Some of the things she said were things that had occurred in the Army when I was in it 20 years ago," Kennedy says. Although doubtful at first, Kennedy, too, acknowledged that maybe Germano's leadership style would push her to greater heights — just like the Marines training under Germano in the 4th Battalion at Parris Island.

Germano still works to advocate for women in the military. She spends her time testifying to Congress, writing op-eds about her experience and trying to voice the need for more women in leadership positions.

To change how gender is viewed in the Marine Corps, she wants to make sure that service women are heard, and that those who hold the powerto elevate women are held accountable.

"There needs to be pressure from people on the outside. People who can tell their congressmen and women why this is such an important issue," she says. "There also really needs to be a greater degree of scrutiny on why the percentage of women in the Marine Corps is so small because, at less than 9 percent of the force, women are never going to be able to rise to the positions of authority and power that we need to impact policy."