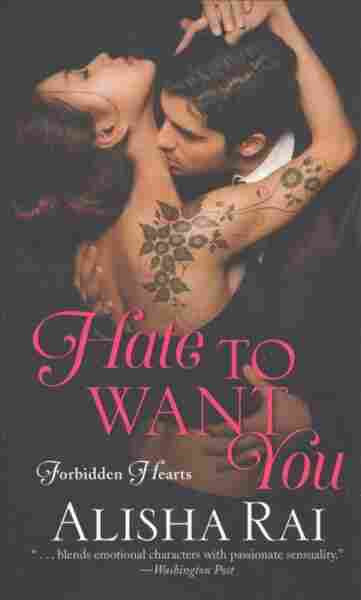 Hate to Want You

The provocative and scandalous nature of Romeo and Juliet (Think the Leonardo DiCaprio version) meets the infamous Cellino and Barnes breakup in Alisha Rai's buzzy Forbidden Hearts series. The premise is basically one stop away from becoming a daytime soap opera (that I'd undoubtedly watch, mind you): After a horrible family tragedy, the Chandlers and Kanes, two family dynasties in upstate New York, become sworn enemies and quickly dissolve their co-owned chain of grocery stores. Their strained relations are integral to the plot, yes, but if we're being completely honest, all that bottled up anger really builds as sexual tension among the series' three couples — and culminates in heart-pounding and stomach-tingling love scenes.

The first two books are already out and available to devour, and with the third and last out this week, it's a good time to highlight the indelible mark this trilogy has left on the romance genre.

Romance often gets panned for its lack of diversity, and many novels are still written off as bodice rippers — because, of course, all the heroes are variations of Fabio who do nothing but strut in to save the day (while frequently throwing the heroines over their shoulders to show them who's boss). Clearly, some critics haven't read Rai's brand of romance; in her books, it's the women who are more likely to do the heavy lifting.

Given her penchant for writing sex-positive, body-positive, and diverse romances, part of what makes the Forbidden Hearts series such a standout is the way Rai seamlessly integrates her characters' social, racial, political, and economic experiences into the plot without compromising the storytelling. Whether she's describing the grandchildren of a Japanese internment camp survivor or a bisexual woman struggling to find a place within her Muslim family, Rai doesn't flinch from incorporating real world issues, while still balancing them with a good dose of happy-ever-after.

... what makes the Forbidden Hearts series such a standout is the way Rai seamlessly integrates her characters' social, racial, political, and economic experiences into the plot without compromising the storytelling.

The tropes in each book may sound familiar, but the context surrounding them makes them anything but trite. There's depth to each story and couple that go beyond the electrifying chemistry and the hot love scenes (although we certainly don't mind that one bit). The first entry, Hate to Want You, features a pair of star-crossed lovers, but Livvy Kane and Nicholas Chandler can't be pigeonholed just like that. They're childhood sweethearts, forced apart by their respective families, and the enmity they're are supposed to uphold on behalf of their families — coupled with the unresolved sexual heat — makes for an explosively steamy read. This enemies-to-lovers setup escalates readers' anticipation of their reunion and leaves us itching to get to the moment they'll finally be together again.

That said, however, Livvy and Nicholas' personal growth is what really shines through as they attempt to navigate the obstacles set forth by their families. Livvy's world was rocked by her father's death and its aftermath, and she battles depression throughout the story — but she takes ownership of her illness instead of feeling ashamed. Rather than shove it under the rug or try to solve it as part of the happy-ever-after, Rai allows her to express her vulnerability on her own terms without discounting how tough she really is. 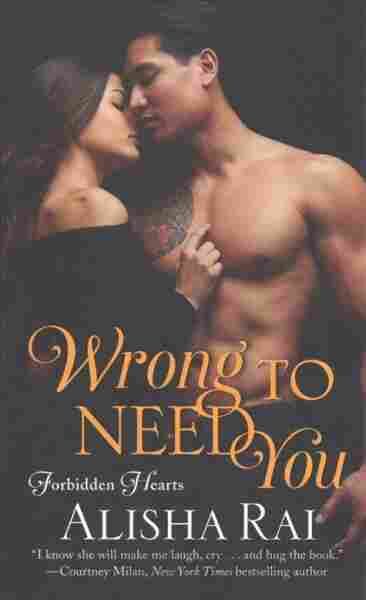 Wrong to Need You

Readers will only get further embroiled in the soapy family drama as the second book, Wrong to Need You, shifts the focus to Sadia Ahmed and Jackson Kane. Sadia is Livvy's best friend — and the widow of her eldest brother Paul. Jackson — Livvy's younger brother — leaves town after being wrongly accused of a crime, and upon his return, finds himself face to face with his sister-in-law and former crush. While their setup is unconventional and a little taboo, to say the least (she's his brother's widow!) their secret love runs deep, and they deftly reconcile their strong feelings for each other with the awkward dynamic of their relationship.

Sadia was raised in a Pakistani-American Muslim family, and the pressure she's always felt from her family to be something she's not is a conflict that will strike a chord with every reader in some capacity. What she is is a badass heroine who asserts her independence and doesn't let anyone define her by her so-called failures. The intersection of her sexuality, single motherhood, and conservative upbringing is fascinating to read about, particularly when she stresses that her identity is not contingent upon her relationships to other people.

To top it off, hethat sexuality blossoms throughout the story. Not only does she watch another couple hook up and get off on it (as does the couple in question) but Jackson encourages her, instead of making her feel like there's something wrong with her. There's something oddly intimate and vulnerable about the two of them sharing that experience, and the sexual and emotional reactions it elicits. It's a good indicator of the level of familiarity between Sadia and Jackson. It's also good segue into her dominance in the bedroom. That and her strong personality are a stark contrast to Jackson's shyness, and the change in their power dynamic drives the story forward and affirms that a heroine in a romance novel can steer the course of her relationship just as well as her partner. 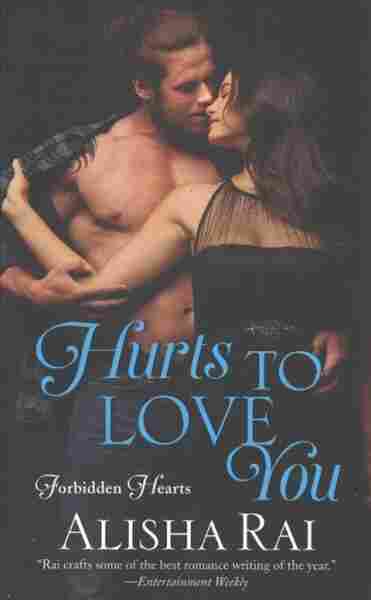 Hurts to Love You

The drama rolls on and the secrets keep unfurling in Hurts to Love You, which introduces Nicholas' baby sister Eve and tattooed — not to mention, very muscular — playboy Gabe Hunter as our next power couple. Not only does Eve want to step out of the Chandler spotlight, but she yearns for the sexual freedom that will come from surrendering to her massive crush on Gabe, the adopted son of the Kanes' former housekeeper — who sees her as off-limits (and of course, he's also harboring a huge secret that could upend both families). As the entire gang congregates at the Chandler mansion for Nicholas and Livvy's upcoming nuptials, Gabe and Eve find themselves unable to avoid their feelings any longer, even though he tries to keep things no-strings attached. It's a tried-and-true trope with a saucy twist, but anyone who's read a romance before knows that the whole friends-with-benefits thing just never works.

The numerous family entanglements and extraneous offshoot plotlines in the Kane-Chandler saga weigh heavily on Gabe and Eve's romance, forcing their budding relationship to the wayside. Nevertheless, it's deeply empowering to watch Eve's evolution from an insecure girl burdened with a lifetime of parental issues to a self-assured woman who doesn't apologize for thinking independently and going after what she wants, societal stereotypes be damned. The way in which she seduces Gabe, and his protective — yet encouraging — attitude towards all the women in his life, especially Eve, create a space where an equally strong hero and heroine can coexist within the same novel without compromising their chemistry.

Rai has masterfully crafted a diverse group of characters — in identity, race, appearance, and personality — that accurately reflects the ever-changing landscape of modern dating, doesn't bend to antiquated stereotypes, and adds new and complex layers to common love tropes. In many ways, the "forbidden" aspects of Forbidden Hearts actually give Rai's women the agency and motivation to break down the barriers to their happy-ever-afters. Mixing smart and snappy writing, refreshingly bold heroines, and politically nuanced themes, Forbidden Hearts is a perfect trifecta of feminist romance.