Accessibility links
Philadephia's New DA Wants Prosecutors To Talk Cost Of Incarceration While In Court Larry Krasner wants prosecutors to announce in open court the taxpayer expense of incarceration before asking for it. His new policy is drawing backlash and discussion. 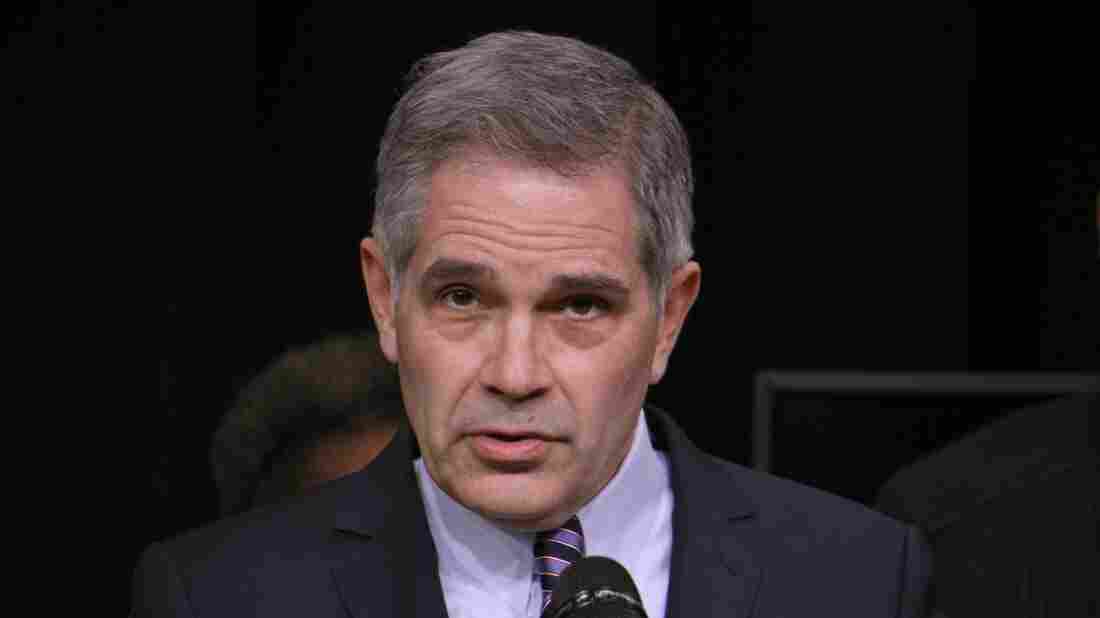 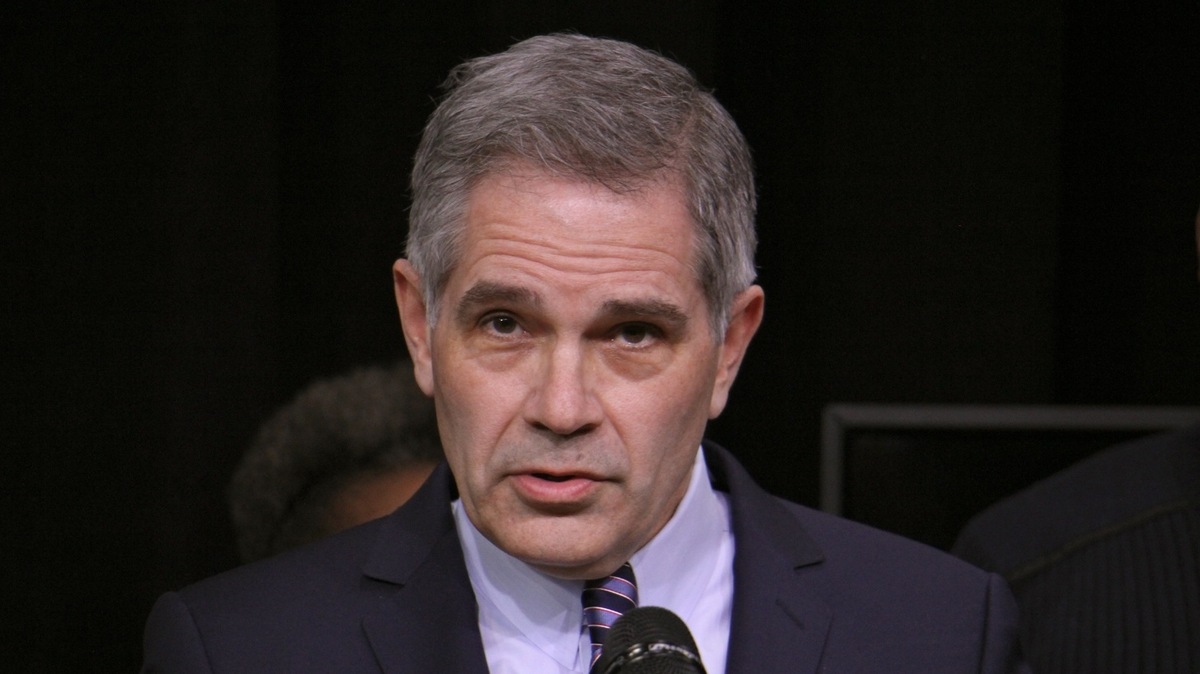 Philadelphia district attorney Lawrence Krasner is asking prosecutors to bring up the cost of incarceration with judges.

Every day, judges around the country are deciding the fate of criminal defendants by trying to strike the right balance between public safety and fairness.

In Philadelphia, the new progressive district attorney has launched an experiment. He's asking his prosecutors to raise another factor with judges: the cost of incarceration.

The move has ignited a debate about whether the pricetag of punishment belongs in courtrooms.

Do a little math

"Fiscal responsibility is a justice issue, and it is an urgent justice issue," Larry Krasner said at a press conference recently.

Krasner is a former civil rights lawyer who rode into office on a platform of radically revamping the city's district attorney's office by opposing the death penalty, stepping away from cash bail and seeking shorter prison sentences for offenders.

He sees asking prosecutors and judges to grapple with the cost of locking up a defendant as a stride toward fulfilling his promise of trying to fight mass incarceration.

At sentencing hearings, when prosecutors traditionally talk about the impact on victims and the community and the need for deterrence, they now will also have to do a little math.

Since the average cost of housing a prisoner for a year in Pennsylvania is $42,000, the prosecutor might say something like, judge, we are recommending four years in prison for this person. And that will cost taxpayers more than $160,000.

"A dollar spent on incarceration should be worth it," Krasner said. "Otherwise, that dollar may be better spent on addiction treatment, on public education, on policing and on other types of activity that make us all safer."

Asking prosecutors to tell judges the taxpayer tab of putting someone away is unusual. If cost is mentioned at all, it would far more likely be cited by a defense lawyer. Putting that responsibility of prosecutors has not been tested much in the country.

In 2010, Missouri made a similar proposal, making cost information available to judges, but it was not a mandatory consideration.

University of Pennsylvania law and economics professor David Abrams said whether the move impacted the prison sentences judges handed down in Missouri has never been studied.

In Philadelphia, Abrams said it may just force judges to ponder the societal cost of incarceration a little differently, though he does not expect it to have sway across the city's entire justice system.

"I think there are going to be marginal cases where the judge is somewhat indifferent between harsher and maybe more expensive and slightly lass harsh and maybe vastly less expensive sentences, where this will make a difference," Abrams said.

Not everyone in Philadelphia's criminal law world is embracing the news. Some prosecutors say privately that they plan to ignore the guidance completely. And one judge recently said he would hold an assistant district attorney in contempt of court if the cost issue was raised again.

Richard Sax, for one, is not surprised. He spent more than 30 years as a homicide prosecutor in the Philadelphia District Attorney's office before retiring last year. Here is his appraisal of Krasner's new policy: "The words that come to mind are absurd, irrelevant, ridiculous, nonsense and horrific," Sax said.

Sax calls the announcement a public relations stunt and said it is insulting to victims of crime.

"It should have no bearing on whether a society, or a community or people who are at risk of being victimized should be protected from a human being, an individual," he said.

And some families of crime victims agree with Sax, saying it is impossible to quantify what it is like to be the victim of crime.

Just ask Celestine Shorts of North Philadelphia. Her brother, Christopher, was fatally shot last year. She said a courtroom debate about money would be upsetting to her.

"When you voluntarily hurt someone, I think you should be accountable for your actions. Was it only set to work if it's in the budget, or was it set with laws or law? Rules are rules, we have a structure," she said. 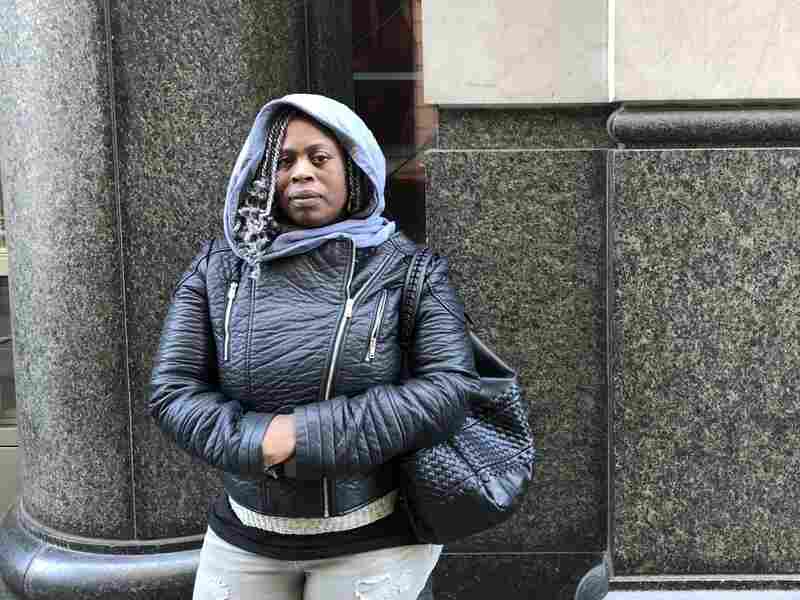 Celestine Shorts' brother, Christopher, was fatally shot last year. She is opposed to the policy and says a courtroom debate about money would be upsetting to her. Bobby Allyn/WHYY hide caption 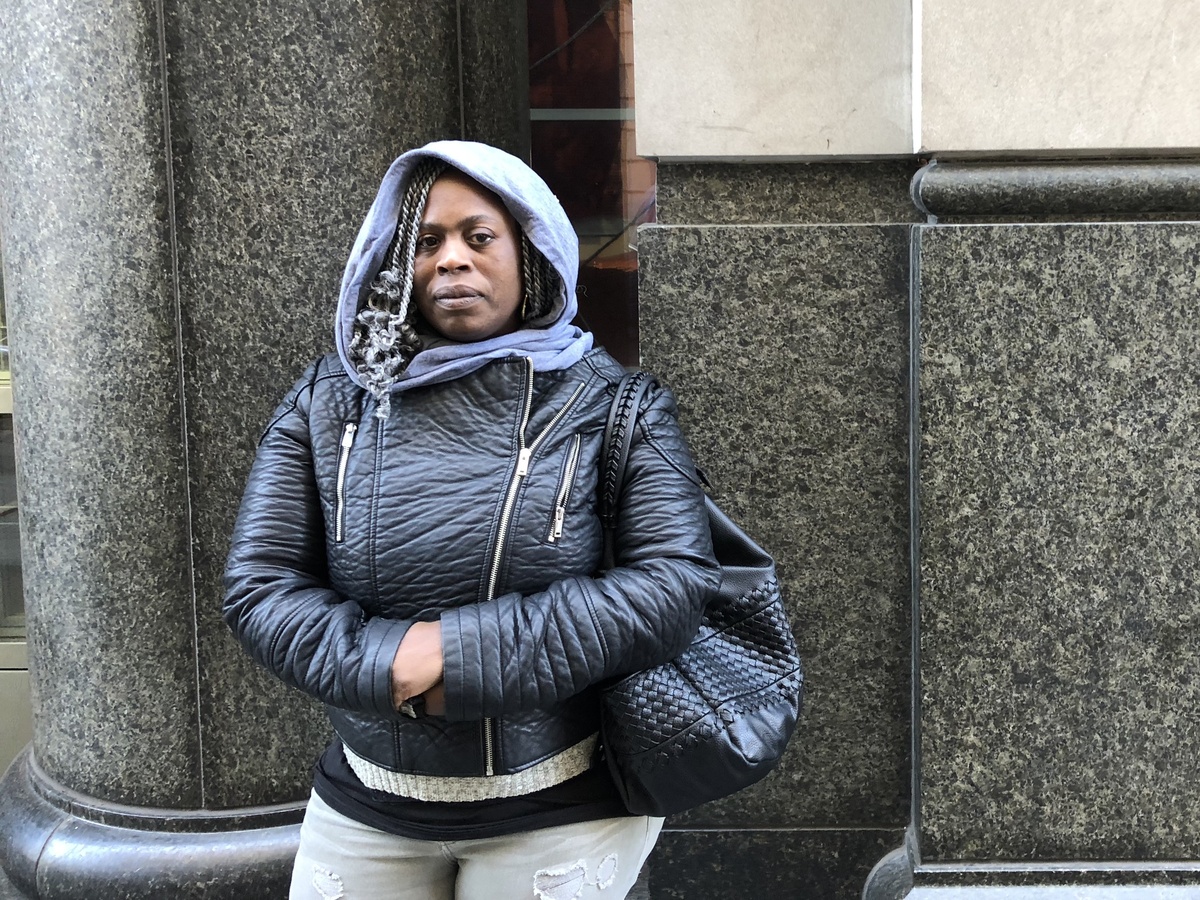 Celestine Shorts' brother, Christopher, was fatally shot last year. She is opposed to the policy and says a courtroom debate about money would be upsetting to her.

In Krasner's estimation, that structure has caused America to have more criminals locked up than any other country.

Krasner said input from victims and their families will still be considered, along with public safety, the defendant's criminal background and the gravity of the offense.

The money factor, Krasner said, is just an additional consideration.

Research, he said, has consistently illustrated that shorter sentences for criminal offenders do not cause more crime. Instead, studies indicate that certainty of punishment — not the length of time spent behind bars — has a meaningful impact on deterring crime.

Defense lawyer Michael Diamondstein said prosecutors, in recommending punishment to a judge, have an incredible amount of sway over a defendant's life and liberty.

The cost question will not please everyone, but he said it is about time the criminal justice system experiment with something new.

"Nothing ventured, nothing gained," Diamondstein said. "The worst thing that happens is that it makes no difference. But it may. It may make a judge or two stop and think what the actual cost is to sentencing someone."

With the help of money from the MacArthur Foundation, city officials have been working for the past few years to cut the prison population with the goal of a one-third reduction. But individual decisions by a judge are harder to influence. Krasner is hoping to give them a nudge.

And if it does shorten sentences, Krasner said he is confident it will not spike violent crime.

"We are not concerned that this is going to produce a zombie invasion of crime," he said at the press conference earlier this month. "In fact, we consider it highly doubtful that people being arrested will even be aware this policy exists."