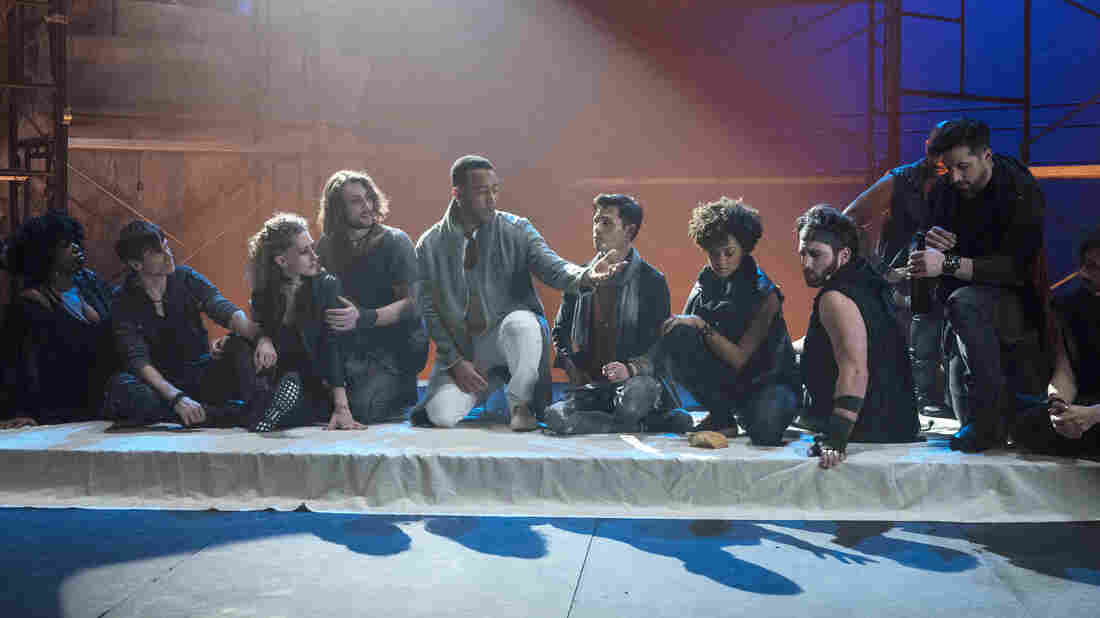 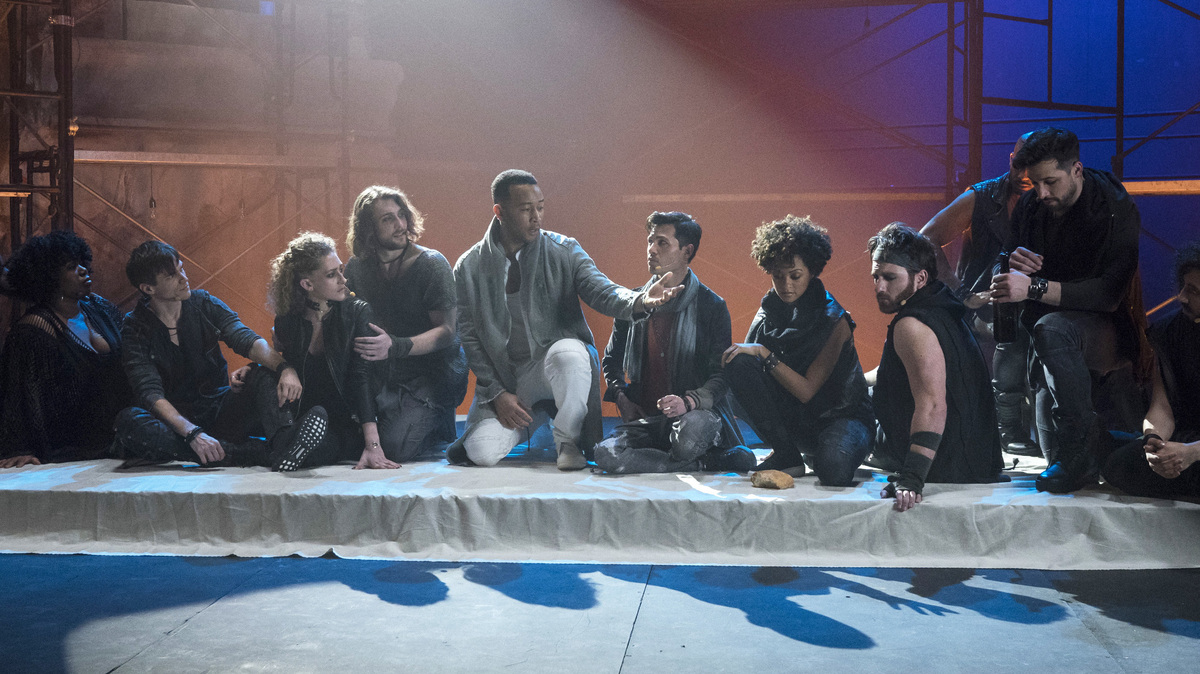 This Easter Sunday, NBC will debut its latest one-night live musical event, Jesus Christ Superstar Live In Concert. The event's source material is the 1970s rock opera by Andrew Lloyd Webber and Tim Rice, an interpretation of the final days of the life of Jesus Christ. But it's not your old school Sunday morning gospel. This time around, John Legend, the messiah of pop-R&B love jams, will take on the titular role of Jesus Christ for the production.

Legend, a Grammy, Tony, and Oscar winner, grew up in a religious household. A heavy gospel influence can be heard on Legend's 2004 debut Get Lifted. Even so, the performer was nervous about playing perhaps the most important figure in the Western world.

"I knew it would be a challenge to take on this role," Legend says. "The opportunity to play Jesus Christ was one I didn't want to pass up."

Legend also applauds NBC for casting a black man as Jesus Christ, a figure often presented as white. "I think we've gotten used to seeing Jesus look like he came from Oslo, when, you know, obviously he was born and raised in the Middle East and probably looked a lot closer to me," he says. 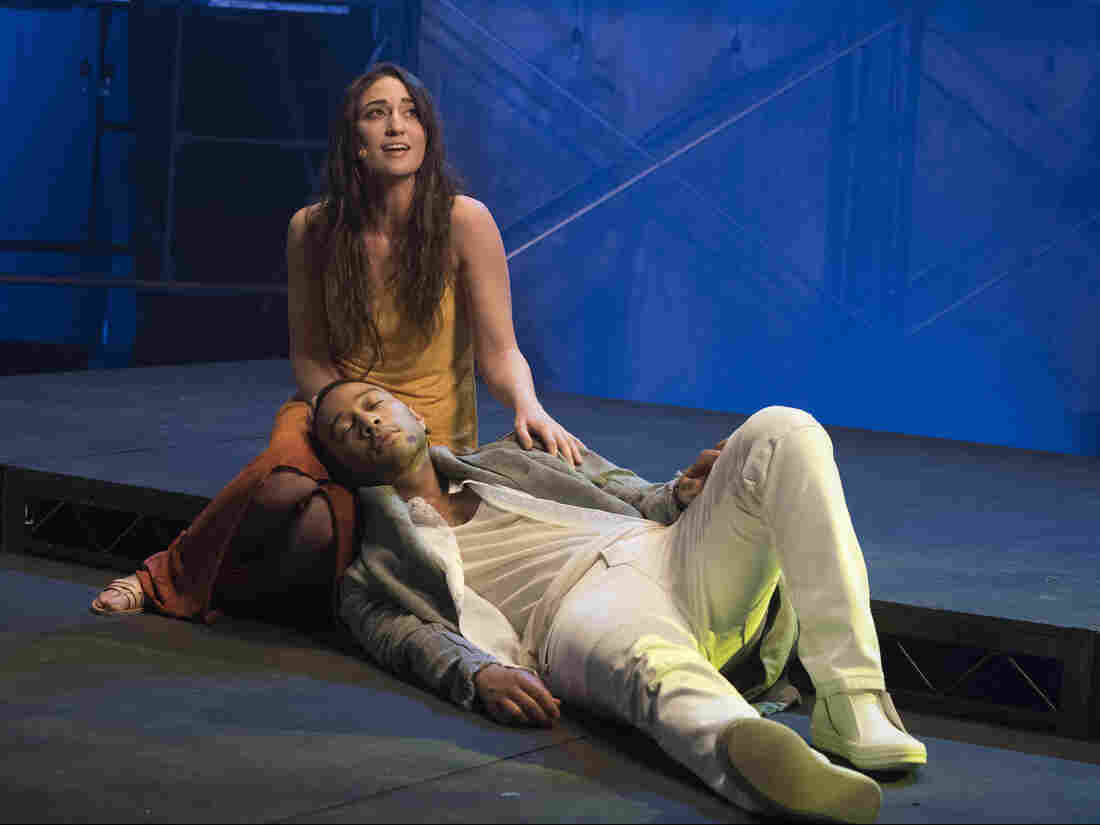 Sara Bareilles stars alongside John Legend as Mary Magdalene, who falls in love with Jesus Christ in the musical. NBC/Virginia Sherwood hide caption 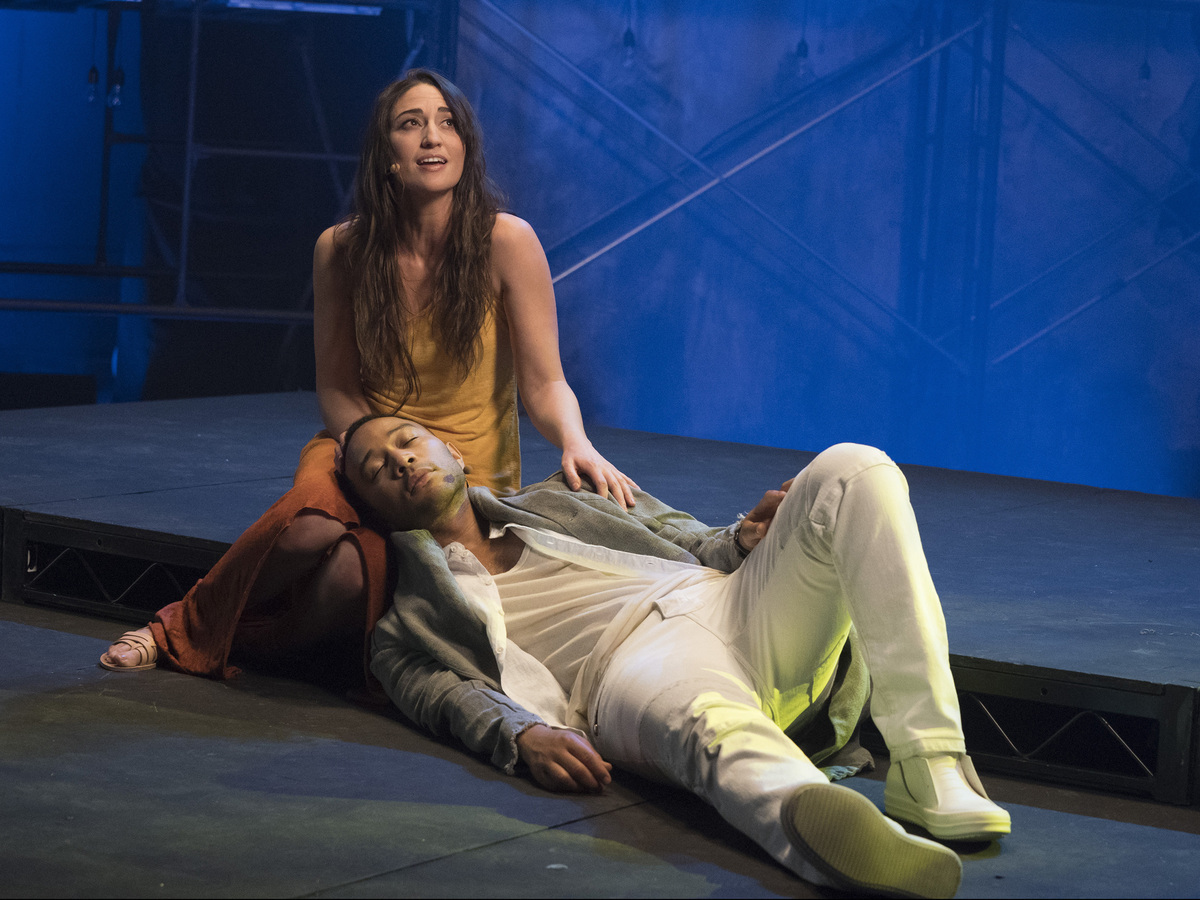 Sara Bareilles stars alongside John Legend as Mary Magdalene, who falls in love with Jesus Christ in the musical.

Alongside Sara Bareilles as Mary Magdalene and Alice Cooper as King Herod, Legend hopes the event will reach religious and non-religious audiences alike.

"Even if you're not religious, I think it's quite a powerful story of love, of humanity, of conflict among friends, of betrayal, of faith, of what it meant to be part of something that is bigger than any individual," Legend notes.

While the 1970s musical was criticized for its humanist approach to Jesus Christ, the NBC event plays up this humanity, placing its characters in simple, modern clothes on a sparsely set stage. Airing on the day that celebrates Jesus' resurrection from the dead, the show is a reminder that all human beings have a light worth sharing with their neighbors.

"I think that's what the really the secret of the success of the show," he says. "It portrays [Jesus] as having human emotion and doubt and regret and passion and love for Mary Magdalene and also a resentment toward his father that he has to do such a difficult thing as to give his life away."