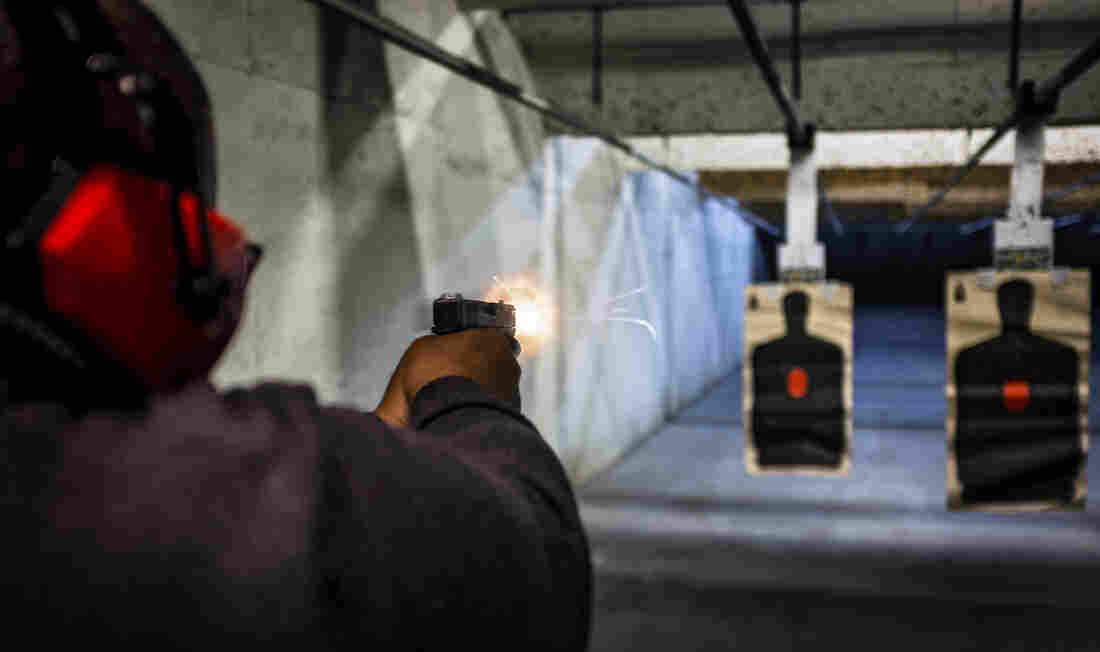 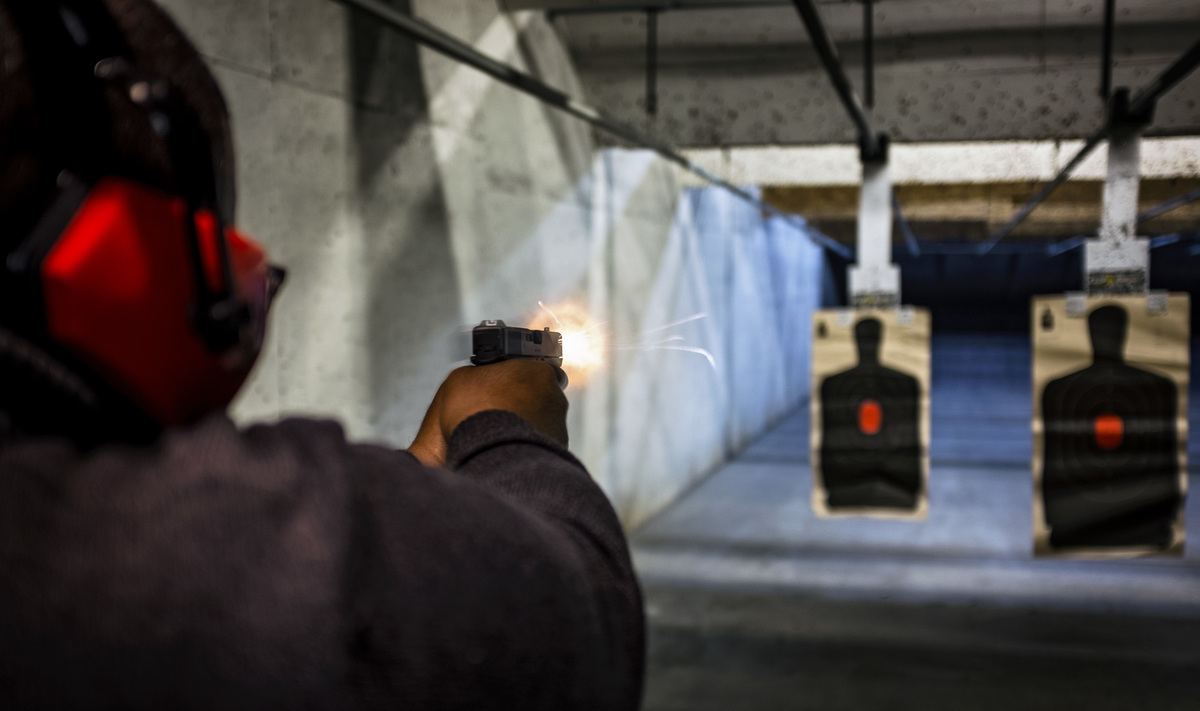 Gun rights groups, including the NRA, have seen a rise in membership since the school shooting in Parkland, Fla., in February. But one group in particular has had a major increase well before that. The National African American Gun Association's numbers tripled after the inauguration of President Trump.

Philip Smith, president of NAAGA, tells NPR's Scott Simon that instead of joining the NRA, he founded the new group in 2015. "I wanted a voice for our community where we could feel comfortable to gather, a place where we could come and learn about firearms together in a very peaceful and nonthreatening environment," Smith says.

He's the owner of an AK-47, a couple of Glocks, and, most recently, a hunting rifle. "It's really good for self-defense purposes," he says of the AK-47. "And I think it's a very solid tool to have."

Some newer members say the spike in membership is a response to racist violence. Smith says it's more than that. "It's a three-headed monster," he says. "I think, one, people are looking at the state of the United States in terms of robberies, burglaries, things that are happening on your daily basis."

Equally, he says, black gun owners want to protect themselves against some of the same threats faced by any other American. "Terrorism is something that scares black folks just like anybody else," he says. "So we are aware of that."

He also points to a national climate of racism that many see as an outgrowth of Trump's election. "We look at what's happening in the political arena in terms of the conversations and the types of conversations," he says. "We see folks that were on the fringes of society, let's say, eight, nine, 10 years ago. But they're now out front talking about various things that are somewhat disturbing."

Smith says social advances by African-Americans perpetuate these negative views among some individuals, although he doesn't explicitly label them as racist.

"They have gotten bolder and bolder in their conversations in terms of our place in society," he says. "We're getting too progressive. Or we're moving too much up the ladder in society, so they want to kind of keep us down."

Amid a pattern of alarming rhetoric, as a black man, Smith says his guard is up. "I think the days of us sitting back and just turning the other cheek — I think those days are long gone."

He respects the argument that putting more guns in the hands of more people adds to more gun violence in America — but he doesn't agree with it.

"I believe that the best way to stop someone with a gun other than law enforcement is to have a gun yourself," he says. "I think too often as African-Americans we've been told to not arm ourselves. And I think too often we are just sitting back and letting someone come and save us. If you look at our communities right now across the country, they are in a wreck because we cannot protect those communities."

Research shows that urban crime has been on the decline in the U.S. But Smith argues that these numbers fail to acknowledge a racial constant in the country's most violent cities: The gun itself isn't driving gun violence in these areas, he says — it's the will to survive among disenfranchised populations.

"If you look at urban areas such as LA or east LA or South Chicago, and there's a lot of gun violence in those areas," he says. "Any time you take a group of young men — black, white or any color — put them in an area in which they have a confrontational relationship with the police and, on top of that, give them no economic skills that can be transferable into 2018, all those gentlemen and ladies are going to be very, very frustrated. And they're going to do what they have to do to survive."

Even if that means killing people, he says. "It's that these folks, that these brothers don't have any recourse for anything viable that's going to allow them to have a skill to provide for themselves and their family."