Accessibility links
Edie Falco Plays A Middle-Aged Teacher With A Lot To Learn In 'Outside In' Falco's character, Carol, feels trapped in her mundane job and marriage. But everything changes when a former student returns after 20 years in prison. 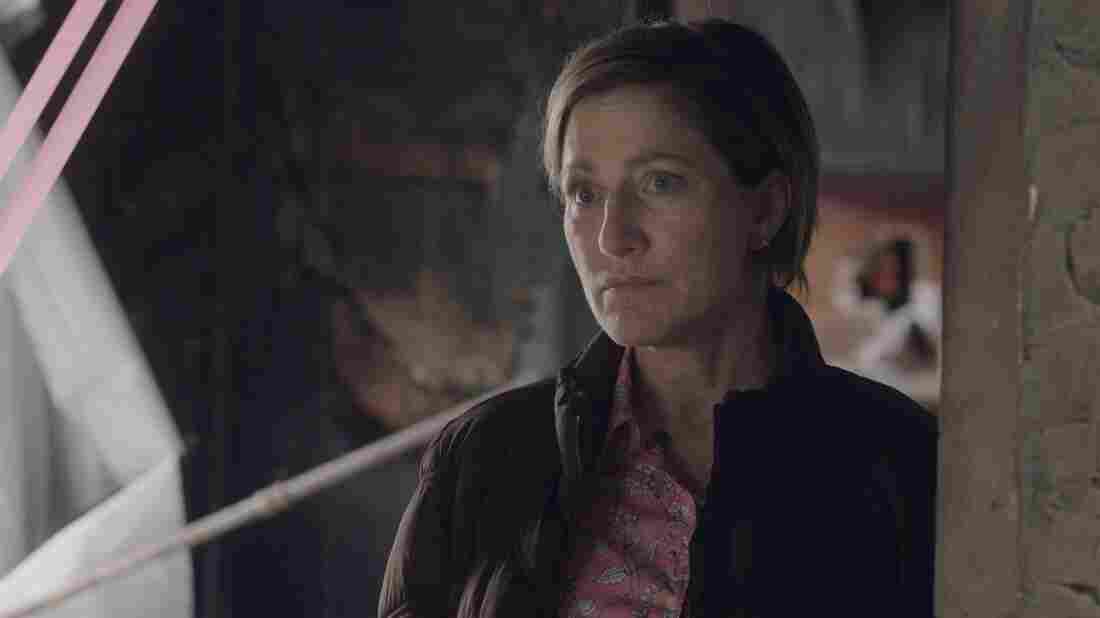 Carol (Edie Falco) is a teacher whose life is thrown into disarray when a former student returns from prison. Nathan M. Miller/The Orchard hide caption 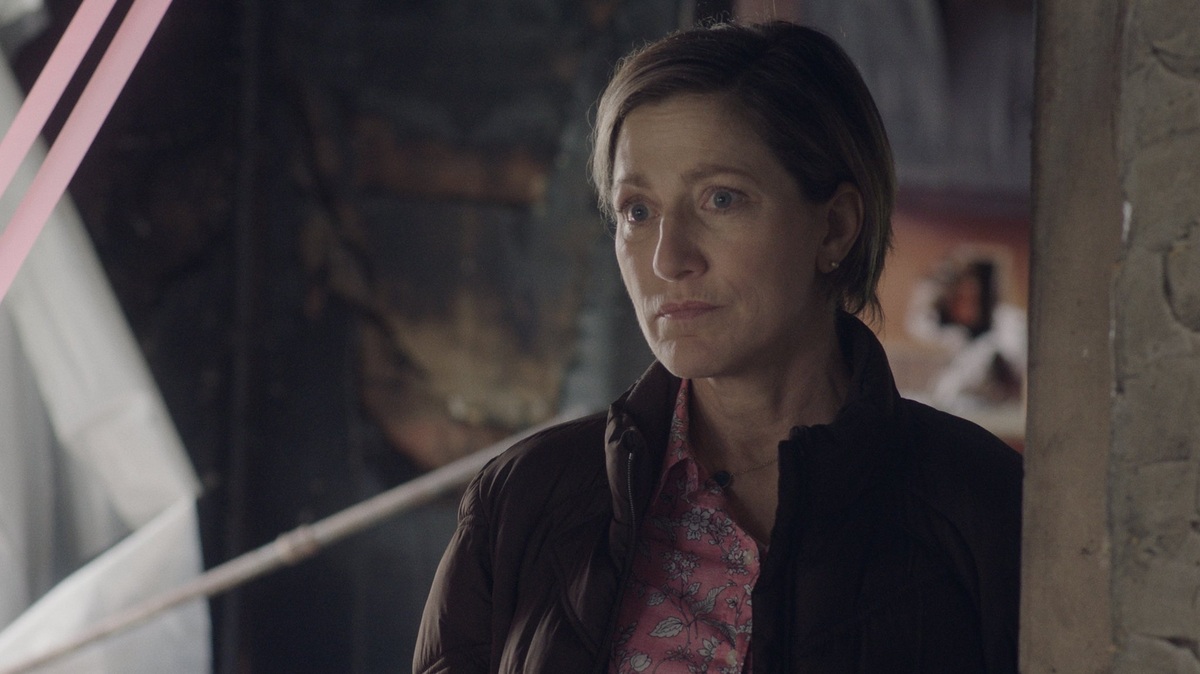 Carol (Edie Falco) is a teacher whose life is thrown into disarray when a former student returns from prison.

The movie Outside In tells the story of Carol, a middle-aged high school teacher trapped in her mundane job and marriage in Washington state. When Carol's former student, Chris (Jay Duplass), returns to their small town after serving 20 years in prison, Carol is thrilled to welcome him home. But Chris has no idea how to transition back into society, and Carol doesn't know how to help him.

Actress Edie Falco (The Sopranos, Nurse Jackie) plays Carol. She tells NPR's Korva Coleman about Chris and Carol's connection and why she doesn't research her roles.

On Carol's relationship with Chris

She has a history with him. He was her student when she was teaching high school and they stayed in touch when he was in prison. She continued to sort of give him things to do to keep him busy, and I guess to help keep his spirits up. So here it is 20 years later, he gets out and they have to try to learn to finagle whatever their new relationship is based on the fact that they no longer have the confines of the prison rules. ... Now that that's changing, all this unspoken stuff, the connection they have and whatever bizarre feelings they may have had about that, I guess have to be dealt with.

On why Carol has trouble speaking up for herself

She just does what the next expected thing is. You know, you get married, you have a kid or kids and you get a job. And that's the way it goes. And the idea that she may actually want something — I don't know, I think that's a talent unto itself learning how to recognize that, and I don't think it's something she's ever worked on.

On why she doesn't research her roles

I no longer am as embarrassed as I used to be to say that I did no research at all. I don't know how to do research. ... At our cores, all of us people are really very similar, I'm finding, after all is said and done, and especially with the state of the country and the world right now. When you move all that dust aside, you find out we have so much of the same stuff going on at our centers, you know. And that's what I think the work of an actor is. ... Once you've tapped into that, the rest of it is just sort of window dressing, you know.

[Carol is] in a marriage where she doesn't feel loved and her daughter is going through typical teenage stuff and all the feelings that she has about that. I mean all that stuff is pretty universal. You know, I don't know how you research that beyond just living.

On how roles seem to come to her in chapters

For a long time I was getting all these offers for mob wives, Italian women, you know, and I understand that. People want to hire someone that they feel sure can do it. But for many years, I played a lot of these characters that were not unlike Carol — very just sort of awkward, naive, don't really have a good footing in their lives. And I kept getting parts like that, like in college and then after college. And I thought: Oh, this is the only way I'm going to be cast. And then somebody threw me a part as a lawyer, and then they all became, you know, characters like that.

So the idea that I played a bunch of strong characters that happened to have been seen by a lot of people, because of the nature of television — it's really just another chapter. So Carol is just another — it's like you shift the camera a little to the left and that's another angle of the way a person can portray themselves, you know. It's all about which side you want to shine a brighter light on.

Hiba Ahmad and Viet Le produced and edited this interview for broadcast, and Nicole Cohen adapted it for the Web.