Accessibility links
Wye Oak Sound Even More Emboldened On 'The Louder I Call, The Faster It Runs' Settling into a groove requires patience and subtle tweaks. That's the mood on Wye Oak's latest album, but it's also the narrative of the band's career.

Wye Oak Sound Even More Emboldened On 'The Louder I Call, The Faster It Runs'

Wye Oak Sound Even More Emboldened On 'The Louder I Call, The Faster It Runs' 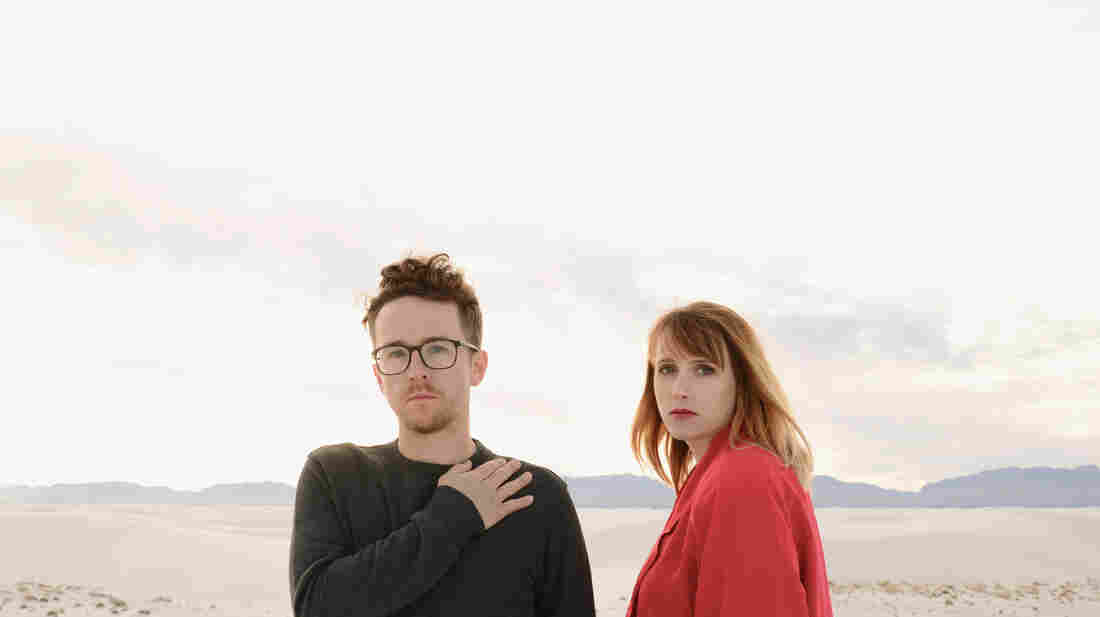 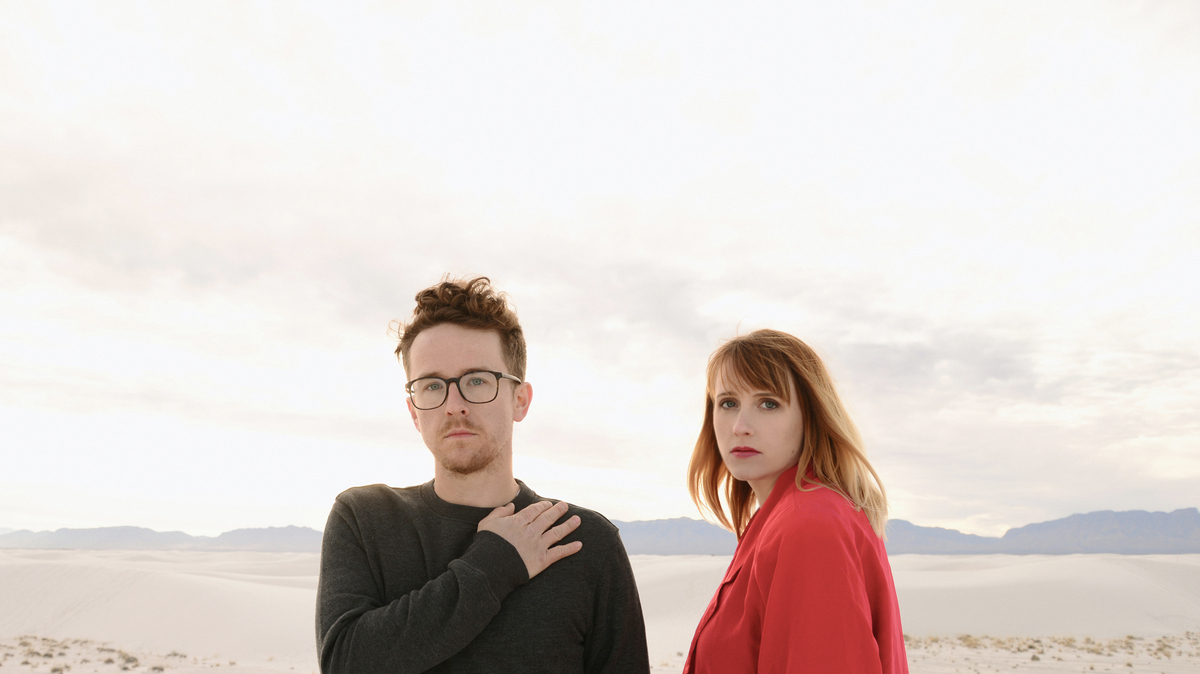 Wye Oak's fifth album, The Louder I Call, The Faster It Runs, begins with a warm-up instrumental, "(tuning)." The brief track hums with disorienting noise — whirring electronic pulses, snatches of ambient conversation and what sounds like a creaking floorboard — but is dominated by someone picking out wobbly notes on an off-key piano, as if they're coaxing the instrument back into tune. The meticulous exercise is a success: By the end of "(tuning)," the piano's keystrokes are strident and melodic, and bleed directly into the second track, "The Instrument," a bustling display of fizzy synthesizers and rain-on-tin drums.

The idea that settling into a groove requires patience and subtle tweaks also happens to be Wye Oak's career narrative. After forming in 2006, the duo (multi-instrumentalists Jenn Wasner and Andy Stack) slowly metamorphosed from a more traditional indie-rock act into a keyboard-heavy operation. Although this progression was certainly due to Wasner's growing interest in electronic music — outside of Wye Oak, she's dabbled in R&B-tinged gloss-pop with Dungeonesse and maintains the synth-forward solo project, Flock Of Dimes — it eventually became a reflection of how the group disdains sonic constraints.

On The Louder I Call, The Faster It Runs, Wasner and Stack sound even more emboldened than they did on Wye Oak's last proper studio album, 2014's Shriek. Here, the pair builds on that record's geometric keyboard confections and sculpts adventurous, panoramic pop bursting with contrasting textures. A stabbing kick drum propels the grimy stomp "Over And Over," which is also daubed with spiderweb-like synths, while distorted guitar crashes to the forefront of the otherwise tranquil "Lifer." Throughout other songs, dusky guitars dissect plush keyboard layers, and on "You of All People," off-kilter mechanical rhythms push against Wasner's ethereal vocals. 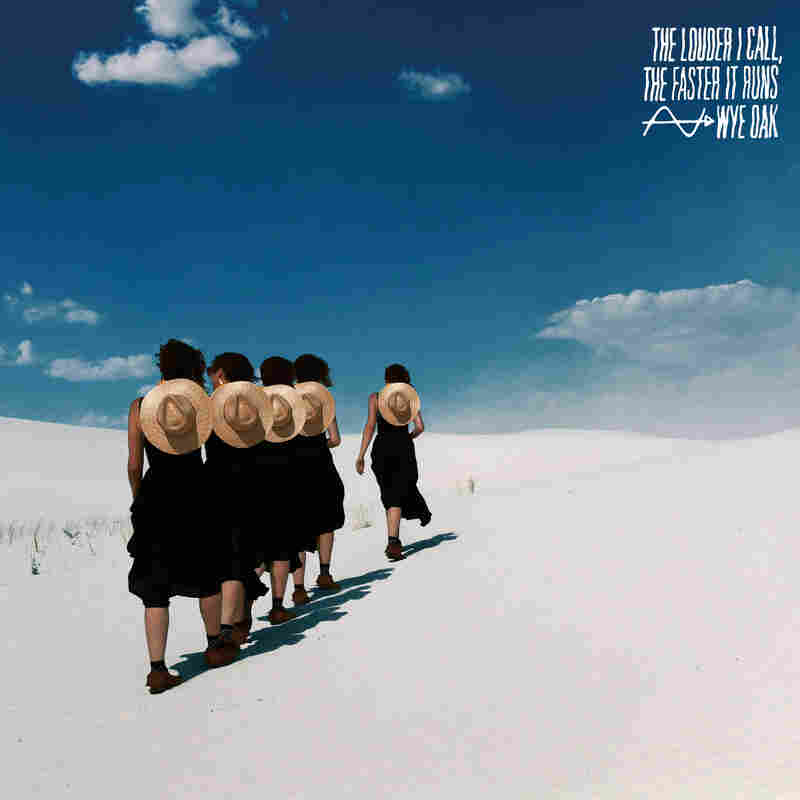 In a nod to this slightly askew vibe, The Louder I Call, The Faster It Runs' lyrics are oblique, and focus on coming to terms with life when things don't quite go as planned. Rather than wallowing in disappointment, however, the speaker in these songs marvels at change and attempts to assimilate new realities. "As I expected, with time it hasn't gotten easier / I have to work now at things that used to be like breathing," Wasner observes on the Kate Bush-esque "It Was Not Natural," while on "Lifer," she admits, "I am not old, but I've become afraid of things I never was."

The hard-fought wisdom shared on the sugary dream-pop gem "Say Hello" is even more striking. "We want our wishes to bow to us / But they have a life of their own," Wasner reveals early in the song, before eventually drawing a poignant conclusion: "It is hard to admit you were all wrong / Accept some things are not for you." She sounds wistful and resigned as she sings these lyrics; the sense of loss is palpable.

Yet The Louder I Call, The Faster It Runs is anything but nostalgic. The members of Wye Oak derive power from striding forward without the sonic (and emotional) baggage of the past. That's evident in the album's seismic musical leaps — the gorgeous "My Signal," which pairs delicate string twirls with Wasner's bravado-laden a cappella vocals — and sheer confidence. This is the sound of a band shedding uncertainties and forging an audacious creative path.