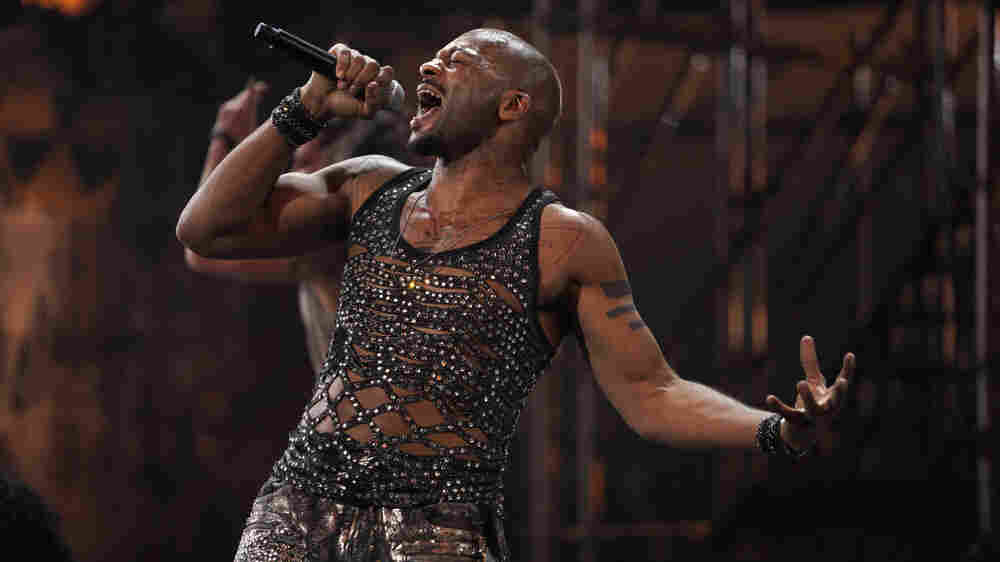 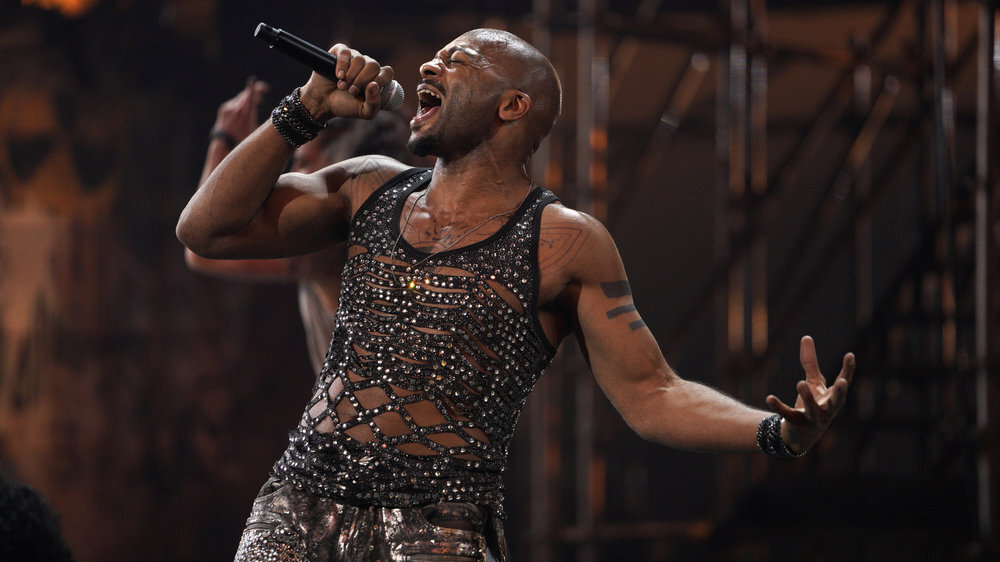 There is a fundamental audacity to Jesus Christ Superstar, which was staged as a live "concert" performance on NBC on Sunday night. First released as a concept album in 1970, the work by Andrew Lloyd Webber and Tim Rice not only imagines a very human story behind the final days in the life of Jesus, but it focuses on that story even when it involves ugliness, vanity, and conflict. It posits that Jesus felt not only frustration, but even resentment and ambivalence — not only about his faith, but about his own followers. On the one hand, it's kind of an obvious choice for Easter. On the other hand, maybe not. (There have been Christians who have found it blasphemous for a variety of reasons.)

Superstar is also kind of weird, in a very specific way, and you'd lose something if you tried to make it otherwise. For one thing, the show is firmly of the '70s, and Sunday night's performance didn't try to escape that fact. Trying to go with authentic dress would make the rock songs seem weird, and trying to go too contemporary would quickly get too cute. Like a lot of other stagings, this one went for a soft, contemporary-but-not-too-specific look. As Jesus, John Legend wore a gray robe over a white shirt and pants, and as Judas, Brandon Victor Dixon (who perhaps trained for this role perfectly by playing Aaron Burr in Hamilton) wore a lot of leather.

It can also be a tough show to follow. It begins in medias res, as it were, with Jesus already established as a major figure. There isn't much explanation, and there's also no real dialogue of note. So if you didn't know what was going on — if this weren't a familiar story to you — you wouldn't necessarily even understand that you were looking at Judas at first, or what the nature of his seething frustration was. In that way, it's built to comment on this story and interpret it more than it is to tell it, strictly speaking.

Superstar has attracted all kinds of experimentation and interpretation: on a personal note, I saw a performance in college that was partly cross-cast with a female Jesus and a King Herod played by a woman in red pajamas. It's ripe for that kind of free-associating in part because it's kind of narratively shaggy. (I refer here to the show, not the Bible.) It sets a series of tableaus, but it doesn't necessarily attempt to create a single through-line.

In Sunday's version, the presence of Jesus himself was initially quite restrained. Jesus is introduced when he already has many followers, and the nature of his fame, for lack of a better word, is the focus of the first part of the show. (That's why it's called what it is. It's not called Jesus Christ, Leader.) In those early scenes, Legend and Dixon seemed well-matched. It ought to go without saying, but if the current push toward live televised musicals is to continue, which it should, it's a good idea to give rich singing parts to true singers, whether from popular music or theater or elsewhere. It helped this production enormously that all of its leads are where they are largely because of their voices.

The only significant role for a woman is Mary Magdalene. Singer and Tony-nominated Broadway composer Sara Bareilles sang her ballads (including the show's pop hit "I Don't Know How To Love Him") in a clear and reliable voice, but the character isn't written with a lot to do except soothe and pine, so she probably didn't have as many opportunities as everybody else did to show off the best stuff she can do.

Not so for some of the show's bad guys. As Caiaphas, seasoned Broadway star Norm Lewis actually managed to get to the low notes that are written to sound almost impossible to sing. And playing Pontius Pilate, Ben Daniels committed so hard to the wrenching solo in which Pilate sends Jesus off to die that he actually seemed to lose his voice at the end. The showiest of the smaller roles went to Alice Cooper (he probably doesn't want you to say "Alice Cooper, bless his heart") as King Herod, who comes on for one flashy number and then vanishes again. Cooper isn't a grand singing voice or anything, and he spoke-sung the first section of the song, but ... he is Alice Cooper, and King Herod is written in this show as a hedonistic, gleeful menace. It worked.

What also worked was placing a live musical in a live theater with an audience and filming it. Past live musical productions in the current wave have often gotten by without an audience at all, which has the effect of making every number seem to fall flat. They have attempted ambitious staging that has sometimes been fine for big numbers but awful for smaller ones, or vice-versa. Here, they took a musical that generally looks pretty scruffy as performed, and they just put it on stage as a generally pretty scruffy piece. That's not to take anything away from the design, which was clever and effective even when it was minimalist. (Look for a few Pharisees in their stylish black coats at your smarty-pants Halloween party in a few months.) But although it can be hard to get stage musicals to translate and tempting to try to turn them into live TV movies that disguise their origins in theater, it's probably smarter to just do this. Just put the show on. Design it for a stage. Have faith in it. Hire great performers, and let them work.

This seemed like a very successful experiment, in the end. The strength of the performances, the smartly controlled staging, the quality of the music (which was produced in a way that respected its 1970 birthdate without screaming I AM AVAILABLE ON EIGHT-TRACK), and the mix of Broadway and album-cutting talent worked well. As always seems to happen in these productions, there were periodic issues with the sound, but everybody watching — maybe everybody on Earth — heard Dixon just fine when he shimmied out late in the show in a silver get-up for the final "Superstar" sequence. Never has a man looked so good wearing so much silver. (Don't ask him where he got it.)

It's good news, this revival of the televised musical. Musical theater at this level is hard to share with a lot of people in live settings, for economic reasons and lots of other reasons, too. Putting productions on TV doesn't precisely scratch the same itch, but the more of these they do, the more they'll learn. There's already a shift toward theater talent and theater styling. Who knew the best way to put on a show was to just put on a show?