Accessibility links
Gallant Makes 'The Decision To Be Vulnerable' In Slow-Burning 'Gentleman' Video Let's call this Gallant 2.0, the grown and sexy version. From his forthcoming sophomore album, the mesmerizing falsetto debuts a stripped-down video. 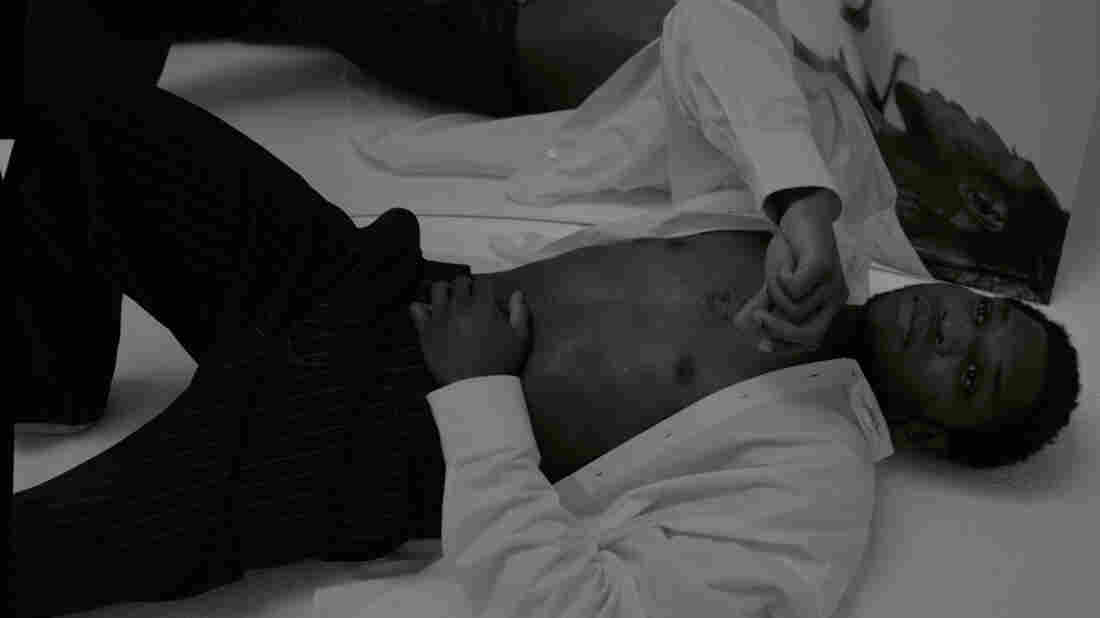 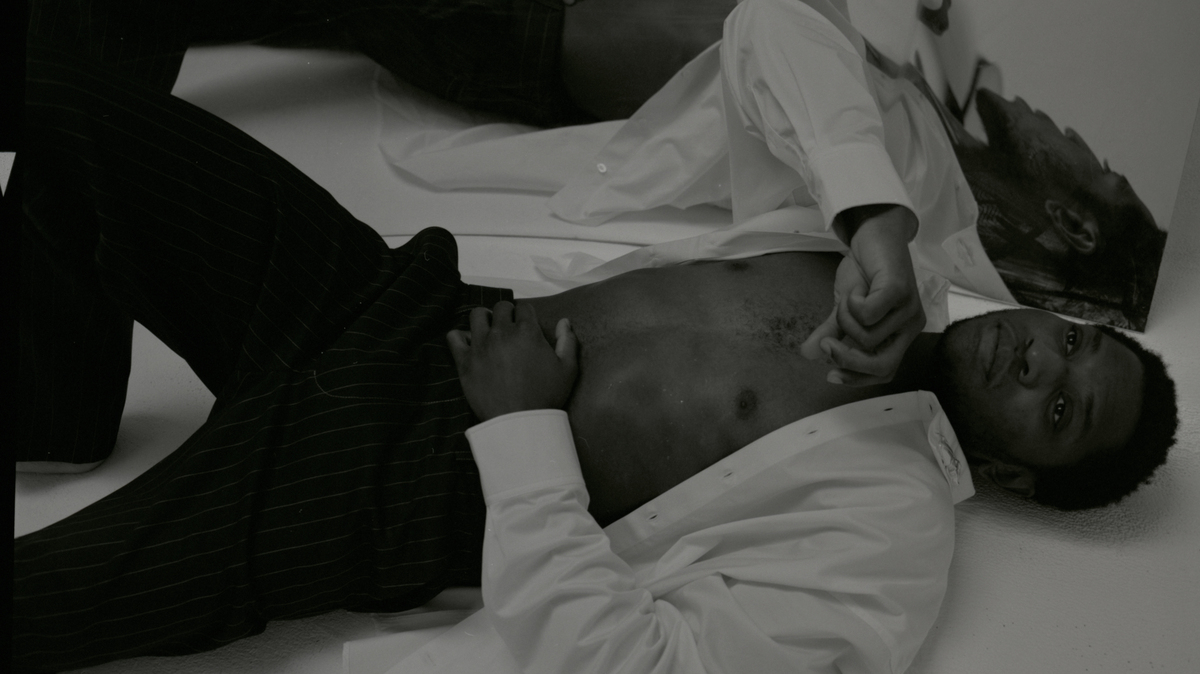 Sasha Samsonova /Courtesy of the artist

On his 2016 studio debut, Ology, Gallant mesmerized fans and critics with honest songwriting, glittery, crashing instrumentals and a dizzying falsetto that could climb scales as precisely as the man himself climbs rafters during a performance. Now, the 26-year-old talent returns, this time in a new light. Let's call him Gallant 2.0, the grown and sexy version.

"Gentleman" is the first single from his forthcoming sophomore album due out later this year. It's a slow-burning stunner made only more scorching by the accompanying video, premiered today by NPR Music.

The five-minute clip finds the Grammy-nominated singer in intimate hyper-focus: oiled up, and bathed in blue against a devoid background. As he sings of aching lust, close-ups on his hands, hair and back showcase Gallant in a strong, stripped-down way he's never seen before.

"I know it's winter somewhere / But it's springtime right here / You need me to water your grass 'fore it all disappears / Said you're sick of that high school s*** / You need a college degree / So you took all of your frustration to me," Gallant coos on the Teddy Walton-produced track.

Gallant's toned physique in the visual is the result countless endorphin-fueled dead lifts in the gym — "I had some time after touring and I wanted to try and get my mind together" — and will surely be greeted with plenty of thirsty tweets in appreciation.

"For this particular [song] where I'm tapping into more the side of me that is pretty confident, the only way to really get the whole picture and not present something distorted or not true to myself would be to pair it with something that's equally as vulnerable," Gallant tells NPR Music. "It was just the most accurate representation of me as a human being, personally and artistically."

Director Sasha Samsonova, who also helmed Gallant's videos for "Talking to Myself" and "Bourbon," says the unfiltered intimacy onscreen was achieved by a black velvet set, intricate camera rigging and 35 millimeter film.

"We really wanted something mature and elevated," Samsonova explains. "You can tell how calculated every move is, so that was a big part for me because I wanted to feel like nobody was around him and it was just a personal experience."

While Gallant admits he came up with the concept for this video about five years ago while talking to his mom, it never made sense to execute until he wrote this song, he says. At first glance, the shots of his body are reminiscent of D'Angelo's iconic "Untitled (How Does It Feel)" video, however, the singer says this finished product is a result of many different inspirations thrown into one giant pot.

"Visually, I wanted to kind of do the same thing I was doing audibly," Gallant says. "It's an homage to a bunch of different films that are really shadowy, Matrix-esque worlds that I think can only be built with 35 millimeter film ... And obviously the lighting was like Hype Williams-type, like those videos in the late '90s; the movie Belly; the way that Seal's album covers are lit. And then it was the decision to be vulnerable and make the video just focus on the black male body."

Pairing angelic vocals with this powerful, almost-sinister, sexual energy onscreen is a study in contrast — one that Gallant balances on oiled fingertips and harnesses until the last high note.