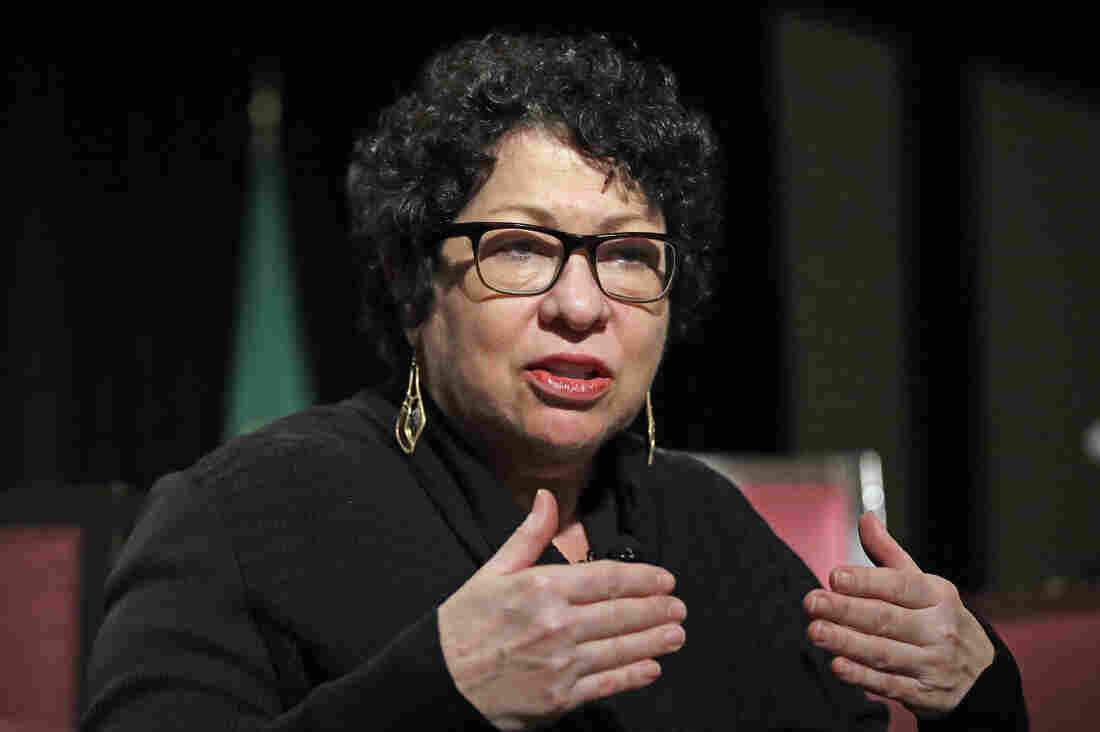 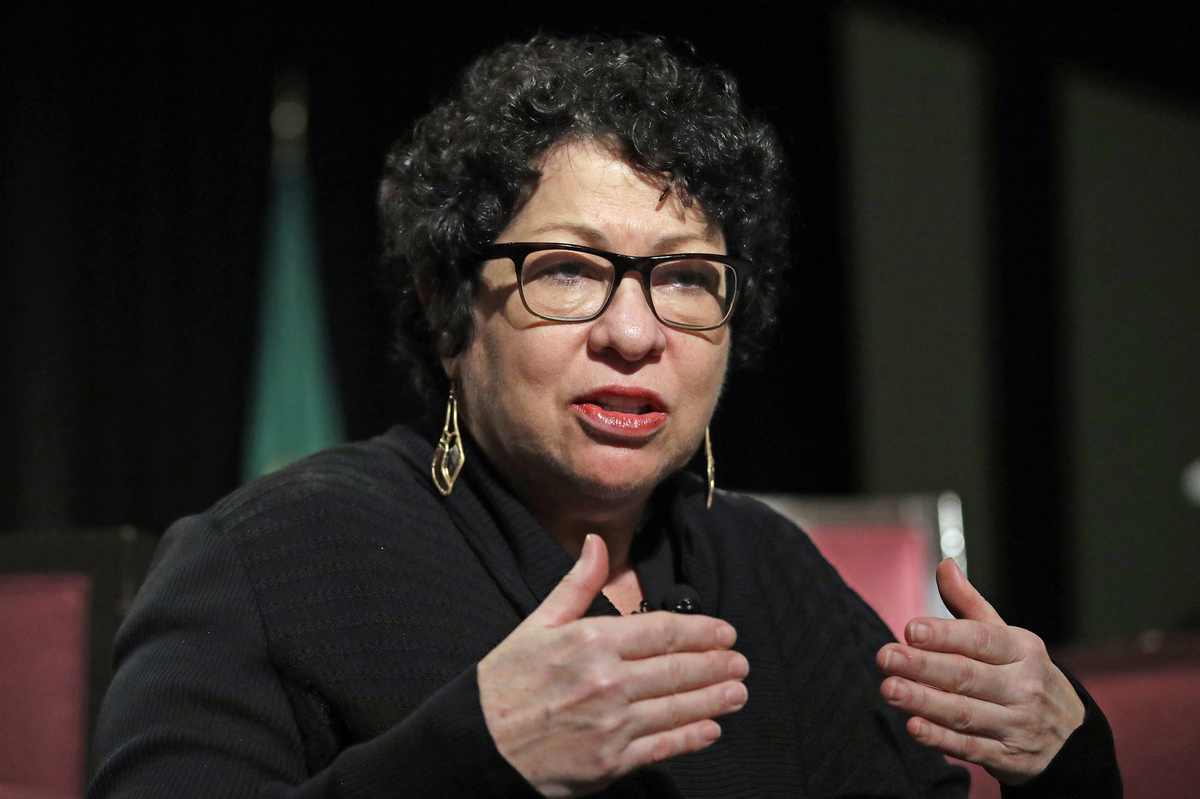 The U.S. Supreme Court has again stepped into the bitter public turmoil over police shootings of civilians, ruling Monday that an Arizona police officer is shielded from being sued for shooting a woman in her own front yard.

The court said the officer acted reasonably, given that the woman, Amy Hughes, was carrying a large kitchen knife, that she was standing within striking distance of a woman who the officer did not know was Hughes' roommate, and that Hughes failed to drop the knife when ordered to do so.

Police were called to the scene after a 911 call reported a woman hacking at a tree with a knife. Hughes fit the description of the woman. So when police spotted her with the knife in her hand, and within striking distance of another woman, all three officers on the scene drew their guns.

Three officers draw guns, but only one shoots

They said Hughes appeared calm, but when she failed to acknowledge the officers' presence or their twice repeated order to drop the knife, one of the three officers opened fire.

Hughes, who sued for $150,000 in damages, is one of thousands of people shot by police who survive.

The government relies on media for police shooting stats

There are so few reliable statistics about police shootings, however, that in 2015 then-FBI Director James Comey called the situation "embarrassing and ridiculous."

The Washington Post has compiled the most complete database on fatal police shootings, reporting that in 2015, there were 995 fatal shootings, in 2016, 963, and in 2017, 987. In each of these years, roughly 1 in 10 of the fatal shootings involved a person who was unarmed or not known to have had a weapon.

Nobody knows how many police shootings wound but don't kill

As to those who survive police shootings, again, there is no official count by any government agency. And no comprehensive count by news organizations either.

VICE News has done a data analysis of the nation's 47 largest police departments. Although the data are not comprehensive, they cover 148,000 police officers in 47 police departments serving 54 million people, and it is the best count to date of those who were shot by police and survived.

According to the data, 2,720 people were shot by police and survived from 2010-2016. Of these, 20 percent were unarmed, and in an additional 8 percent of the cases, the departments didn't say whether the subject was unarmed.

About half the shootings took place when police encountered a subject with a gun, and an additional 20 percent involved subjects with a knife or some other weapon — subjects like Hughes, the woman whose lawsuit was tossed out by the Supreme Court on Monday.

The court's decision came without ordering full briefing or argument, a rare step indicating that the majority thought the case easy to decide.

The unsigned, eight-page opinion said that under clearly established law, "the reasonableness of a particular use of force must be judged from the perspective of a reasonable officer on the scene, rather than with the vision of 20/20 hindsight," and the court reiterated that the "calculus of reasonableness" must allow for "the fact that police officers are often forced to make split-second judgments — in circumstances that are tense, uncertain, and rapidly evolving ..."

Even if the shooting in the Hughes case did amount to excessive force — "a proposition that is not at all evident on these facts," the court said — the officer who shot Hughes would still not be liable. Under the court's "qualified immunity" doctrine, said the court majority, the officer would be immune from any lawsuit because his conduct did not violate "any clearly established statutory or constitutional right" that "a reasonable person could have known" about.

Just two dissenters, but they level quite a blast

Justice Sonia Sotomayor, writing for herself and Justice Ruth Bader Ginsburg, strenuously dissented. Noting that two of the three officers on the scene thought it "unnecessary to use deadly force," the dissenters observed that Hughes was "nowhere near the officers, had committed no illegal act, was suspected of no crime, and did not raise the knife in the direction of the other woman or anyone else."

This is not the kind of case that the Supreme Court normally disposes of without briefing or argument, contended Sotomayor. "The relevant facts are hotly disputed" and the question of immunity in these circumstances is, "at the very best, a close call." Yet instead of letting the case go to a jury, the court has "intervened prematurely, purporting to correct an error that is not at all clear."

Officer Who Killed Alton Sterling Is Fired, The One Who Pinned Him Down Is Suspended

The court's "unwarranted" overturning of the lower court's decision in this case, she said, is "symptomatic" of a "disturbing" and "one-sided" approach to excessive force cases, where police are almost always protected and the victims of excessive force have little to no recourse.

In the hands of the current court, she charged, the doctrine of limited immunity for police is being transformed into "an absolute shield for law enforcement officers."

The court, she concluded, is not only "wrong on the law"; it is sending "an alarming signal" to police and the public alike. It tells police they "can shoot first and think later," and it tells the public that "palpably unreasonable conduct will go unpunished."