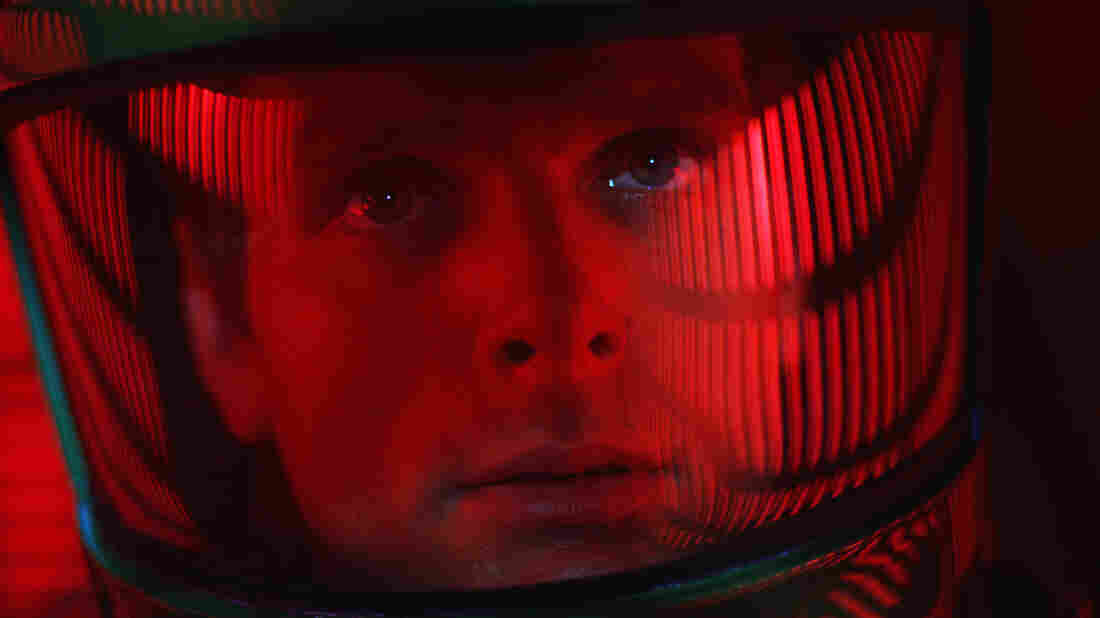 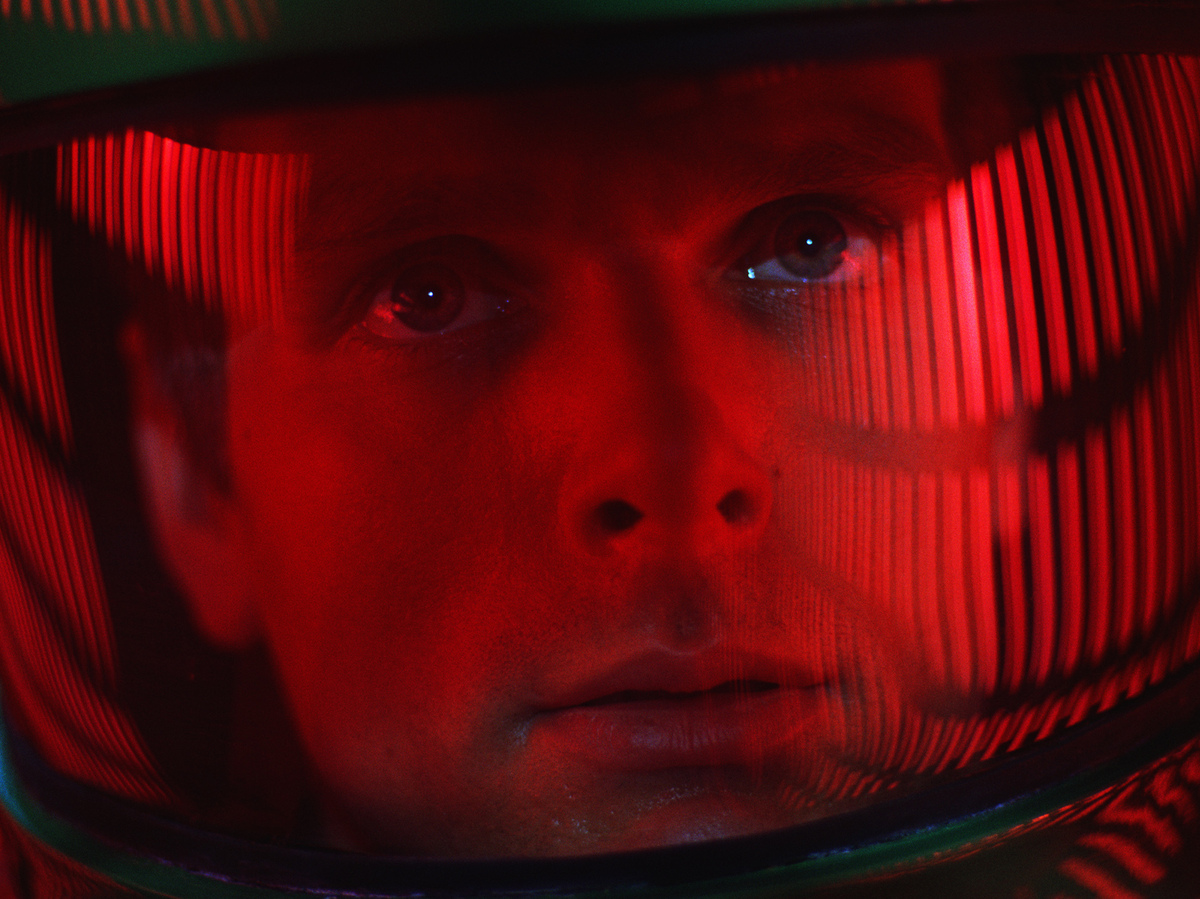 Near the beginning of Stanley Kubrick's 2001: A Space Odyssey, a big black monolith appears in an African desert, leaving a group of prehistoric ape-men standing there baffled. And that was pretty much the reaction that greeted the film itself when it premiered 50 years ago this week.

Nobody was quite sure what to make of it. The critics were harsh, with Variety dismissively saying flatly, "2001 is not a cinematic landmark." It's hard to imagine being more wrong.

You see, even if you don't like the movie — and I don't, particularly — the one thing that's undeniable is that it's a cinematic landmark. Not only was it the No. 1 box office movie of 1968 — young people flocked to it to have their minds blown — but in international polls, 2001 routinely ranks as one of the top 10 films of all time. An avant-garde art film dressed in Hollywood money, it unknowingly foreshadowed the future of movies as effects-driven blockbusters.

I saw it again a few days ago, inspired by Michael Benson's terrific new book, Space Odyssey: Stanley Kubrick, Arthur C. Clarke and the Making of a Masterpiece. Though Benson is afflicted with what a friend calls the "Stanley syndrome" — he never stops telling you that Kubrick is a "genius" and "a perfectionist" — his book is filled with nifty stories. My favorite is when the control-freak director asks Lloyd's of London if they could insure him in case NASA spoiled 2001's plot by discovering extraterrestrial life before the movie came out. 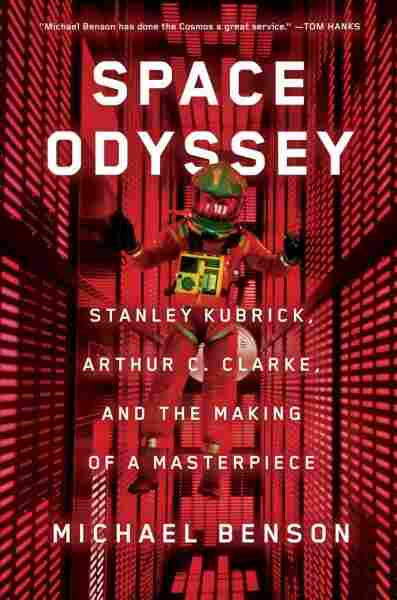 Stanley Kubrick, Arthur C. Clarke, and the Making of a Masterpiece

Watching 2001 again, I was startled anew that, in nearly 2½ hours, there's so little dialogue or dramatic storytelling — the characters barely register. Rather, in an attempt to make what Kubrick called "the proverbial 'really good' science-fiction movie" — not something hokey — he and co-writer Arthur Clarke thought big. Visionary big. They concocted nothing less than a poetic myth of human evolution, a vaulting ambition announced by the music from Richard Strauss' "Thus Spoke Zarathustra," which everyone knows largely because of this movie.

Clarke and Kubrick carry us from the origins of human beings in those desert apes to the climactic birth of an advanced new life form: a star baby, engendered by extraterrestrials. In between, we follow two astronauts, played by Keir Dullea and Gary Lockwood, whose journey to Jupiter runs afoul of their ship's supposedly infallible computer, known as HAL, the prototype of countless movie computers to follow.

Like many classics, 2001 isn't always a good movie. Some bits are boring or superfluous, and Kubrick was clearly more fascinated with the film's sleekly designed spaceships than its ideas about human evolution, which are thin and arbitrary.

Yet the movie is carried by images you'll never forget: the monolith, the space stations waltzing to Johann Strauss' "The Blue Danube" and the long "Star Gate" sequence, featuring a hurricane of lights and images that were once thought trippy. The film's effects were all the more amazing because Kubrick had to pull them off without CGI.

Kubrick's example inspired later directors, who felt that he had both upped the technical ante and made science-fiction films respectable. They genuflected before Kubrick's courage in refusing to tell a conventional story — though, of course, they themselves never dared to do that in their own science-fiction films like Star Wars, E.T., Blade Runner or Avatar.

The movie also tapped into a key aspect of the '60s: the counter-cultural belief in expanding consciousness. Though Kubrick was vehemently not a drug user, he wanted 2001 to open the doors of perception, to show us a higher level of being. That dream seems like something out of the past in these days of shrinking consciousness filled with fake news and the hatred of science.

Indeed, watching 2001: A Space Odyssey now is like opening a time capsule. And it can bring on a melancholy nostalgia for the era that spawned it, an optimistic time in which Americans believed the future was limitless. The Kennedyesque confidence that we had the strength and ambition to travel the cosmos seems long gone in this era when even getting our roads repaired feels impossible.

Read an excerpt of Space Odyssey