Accessibility links
Dutch Lawyer, To Be Jailed and Fined, Is First Sentenced In Mueller Probe A federal judge has sentenced Alex van der Zwaan to 30 days in prison and a $20,000 fine for lying to investigators looking into Russia's attack on the 2016 election. 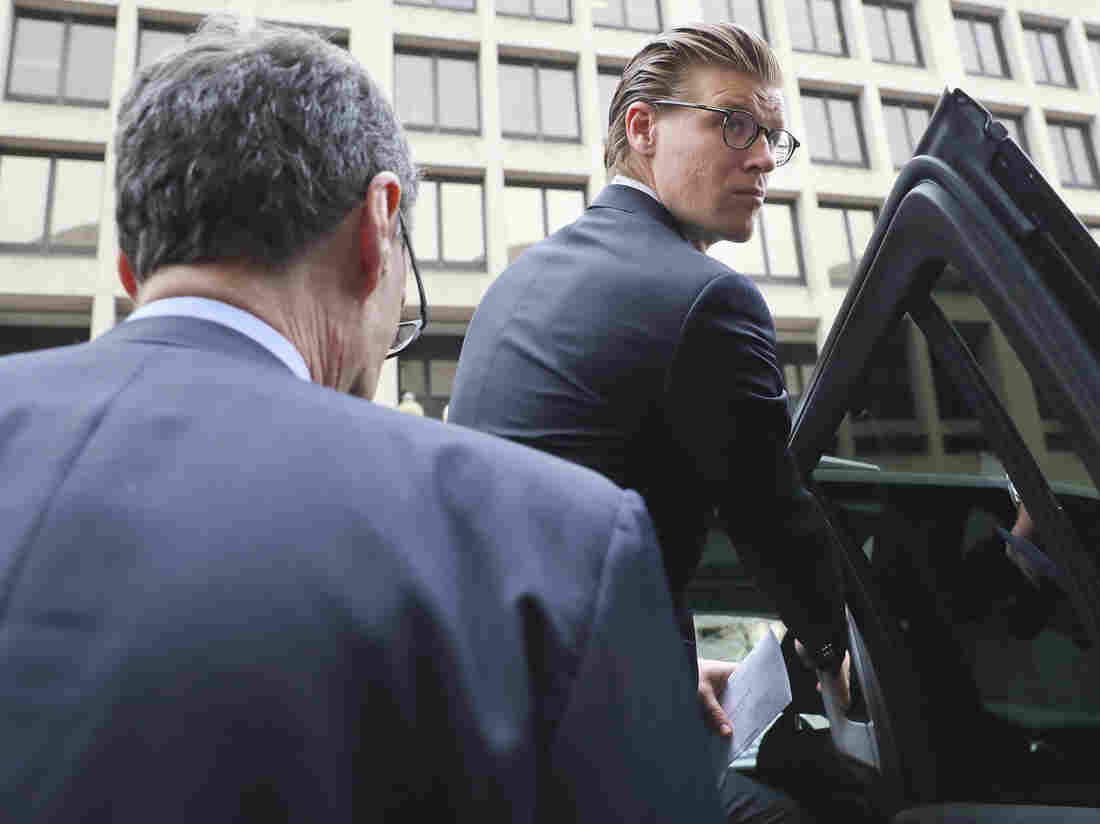 Alex van der Zwaan leaves federal court in Washington after being sentenced to 30 days in prison and a $20,000 fine for lying to investigators in the Russia imbroglio. Pablo Martinez Monsivais/AP hide caption 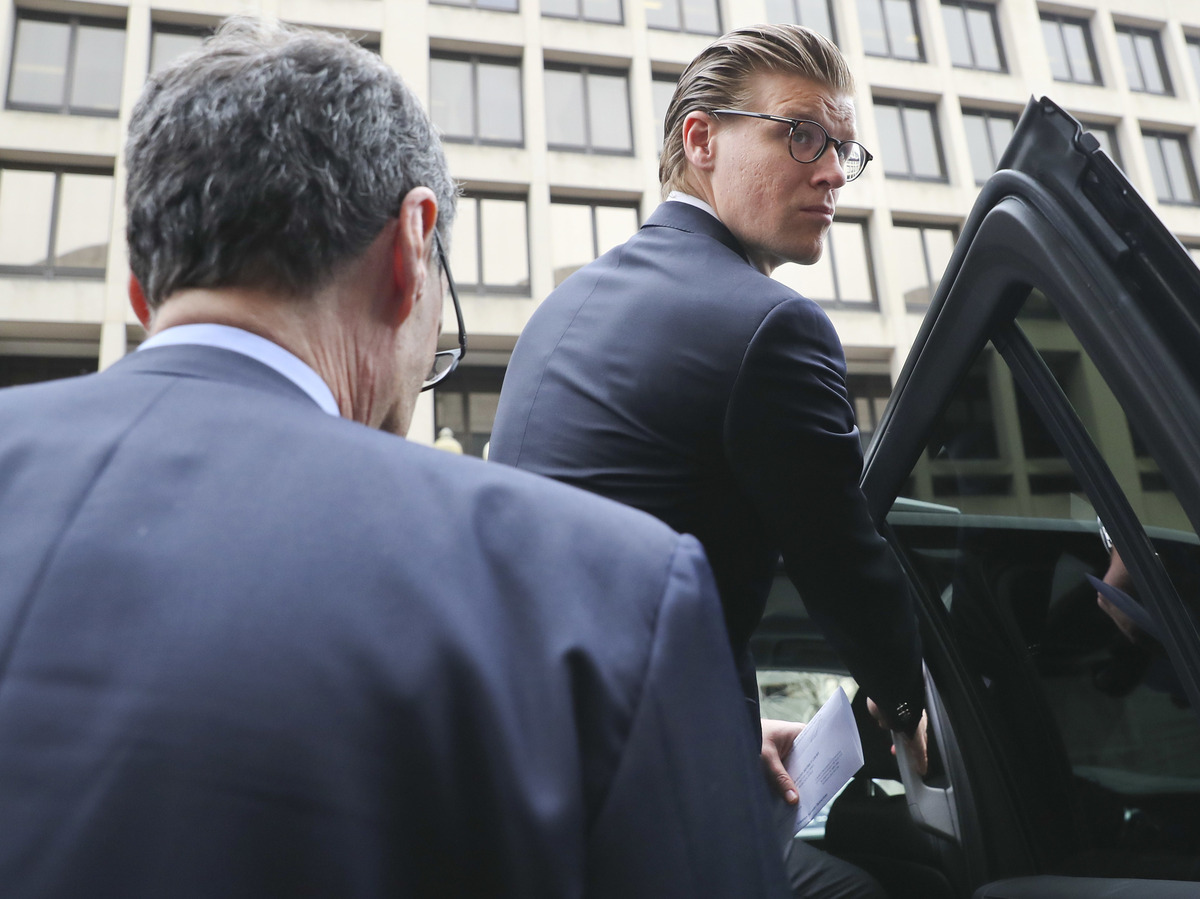 Alex van der Zwaan leaves federal court in Washington after being sentenced to 30 days in prison and a $20,000 fine for lying to investigators in the Russia imbroglio.

A federal judge has sentenced a Dutch lawyer to 30 days in prison and a $20,000 fine for lying to the special counsel investigating Russian interference in the 2016 election.

"I've thought about it, but I just can't say,'pay a fine at the door and go,'" the judge said. "We're not talking about a traffic ticket. This is lying in a federal criminal investigation."

Van der Zwann made a brief statement of contrition.

"What I did was wrong," he said. "I apologize to the court for my conduct."

Berman Jackson concluded, however, that "the expressions of remorse here by the defendant ... have been somewhat muted to say the least."

She also declined to offer sympathy to van der Zwann after his lawyers said he has been bored in a D.C.-area hotel for months with nothing to do but converse with attorneys.

Prosecutor Andrew Weissmann did not request a specific punishment for van der Zwann but he did point out that "the defendant is an attorney who after being explicitly warned about the consequences of lying ... went ahead and repeatedly lied to the government."

People can't lie to prosecutors and get away with it, Weissmann added.

Before their work on the Trump campaign, Van der Zwann's law firm, Skadden Arps, prepared what was called an independent report in 2012 about the prosecution of a former official in Ukraine. Prosecutors later revealed van der Zwann coordinated the rollout with Gates and another Manafort ally described as a Russian intelligence agent.

Van der Zwann misled investigators about his role, withheld emails and then, after the judge said he was caught "red handed," ultimately admitted his misconduct and turned over secret recordings he had made to the special counsel.

"There's a history of conduct that's either criminal or shows a lack of morality," Weissmann said.

Van der Zwann had faced between zero and six months in prison under sentencing guidelines. He had asked to be home in London by August for the birth of his first child. But that timing is uncertain because it's not clear he can voluntarily self-deport after serving the prison term or whether he will enter the custody of Immigration and Customs Enforcement first.

Van der Zwann had requested the judge recommend he be sent to a federal correctional complex in Allenwood, Pa., but the ultimate decision rests with the Bureau of Prisons.

His lawyer, William Schwartz, asserted that van der Zwann worked to correct the record with the special counsel because he realized that he had made a "terrible mistake."

That's why van der Zwann turned over evidence in December 2017, Schwartz said, and didn't toss it into the river near his onetime office in London.

"It is unusual conduct in the least to make a false statement and then provide proof of the false statement," Schwartz said. "That device might have found its way to the Thames."