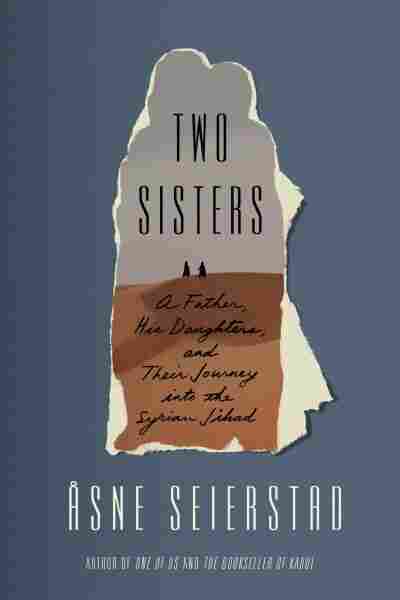 A Father, His Daughters, and Their Journey into the Syrian Jihad

by Åsne Seierstad and Seán Kinsella

Title
Two Sisters
Subtitle
A Father, His Daughters, and Their Journey into the Syrian Jihad
Author
Åsne Seierstad and Seán Kinsella

On the evening of Oct. 17, 2013, Sadiq Juma received an email from his two teenage daughters, Ayan and Leila. The girls were late coming home to the apartment they shared with their family in the Oslo suburb of Bærum, which was unlike them; they were generally responsible young women. When Sadiq opened the email, "everything went black."

"Muslims are under attack from all quarters, and we need to do something," the girls had written. "Sitting home and sending money is no longer enough. With this in mind we have decided to travel to Syria and help out down there as best we can. We know this sounds absurd but it is haqq [right] and we must go."

The journey of Ayan, then 19, and Leila, 16, and their father's desperate attempts to find them in war-torn Syria, is the focus of Norwegian journalist Åsne Seierstad's brilliant new book, Two Sisters. It's a stunning account of the radicalization of two young people, and their voyage from daughters of a moderate Muslim family to unrepentant members of the militant group ISIS.

Ayan and Leila were born in the self-declared republic of Somaliland, their parents' homeland, and moved with their family to Norway when they were young children. Their mother, Sara, had worried the girls would become too Westernized in Oslo; Ayan, in particular, had become "tough and self-confident" and "indignant at the oppression of women." Sara's worries were for naught, however, and she was initially pleased when her daughters became more pious, studying the Quran and fasting religiously.

In A Spanish Enclave, Women Recruit Women To Join ISIS

But nothing prepares Sadiq and Sara for the girls' sudden disappearance, and the way they refuse their parents' entreaties to return. Sadiq decides to go to Syria to retrieve them himself, enlisting the help of a Syrian smuggler named Osman, who also happens to be a member of Jabhat al-Nusra, an al-Qaida affiliate and one of several jihadist groups trying to wrest control of the Syrian government from its president, Bashar al-Assad.

His attempts to bring his daughters back home are fruitless. On one expedition into the war-torn country, he's captured by ISIS and tortured, accused of being a spy. Although he's not naïve, he can't wrap his head around the brutality of his captors: "What kind of people were they? How did their minds work? ... This had nothing to do with Islam, nothing to do with jihad. Least of all had it anything to do with God. Because God was merciful. They had forgotten that."

Seierstad structures the book perfectly, with sections examining the sisters' radicalization intertwined with their father's desperate bid to recover them. Her reporting takes her to Norwegian groups like the conservative Islam Net and the more radical Prophet's Ummah (who "followed the Prophet only when it suited them"). She paints a fascinating and even-handed picture of Ayan and Leila's growing fundamentalism, but she doesn't claim to know what exactly caused their conversion, noting only that "You did not suddenly wake up one day a fanatic; it was a direction you grew in."

She also does a deft job of capturing the emotions of the principals in the story — not just the sisters, but also Sadiq, whose life is essentially destroyed by his daughters' journey to ISIS. "He used to be happy, for the most part," Seierstad writes. "He thought about that now, how cheerful he had been. ... Now he was mainly indifferent. Nothing had any effect on him." Her portrayal of Sadiq's oldest son, Ismael, is equally excellent; after his sisters' conversion, the young man becomes an atheist, bitterly telling Ayan, "I believe in Allah about as much as I believe in the spaghetti monster."

Like Seierstad's previous book, One of Us, about the far-right mass shooter Anders Breivik, Two Sisters is nearly impossible to stop reading. She's a master at pacing, and writes with an admirable clarity that manages to be empathetic without ever descending into mawkishness. And her translator, Seán Kinsella, does a wonderful job making the book accessible to English-language readers, especially when he renders the Norwegian youth-speak of the siblings into English ("Send me mon-nay pls hahaha," Ismael asks Ayan at one point; in another section, Leila rankles at the media's depiction of ISIS as "a gang of unprepared noobs."

In an epilogue, Seierstad emphasizes that she "offer[s] no explanation, neither of what attracted them to Islamic radicalism nor what propelled them out of Norway." The sisters declined to discuss their conversion with the author, but even if they had, it's likely that there would be no explanation that would satisfy Seierstad's readers — her goal with Two Sisters isn't to explain, only to report. And she does it perfectly. Two Sisters is a fascinating, heartbreaking, and, finally, urgently necessary book.