Accessibility links
Eels' Mark Oliver Everett Reflects On Life In Constant Motion During a recent hiatus from music, Eels founder Mark Oliver Everett got married, got divorced and, at the age of 54, had a son. His latest album, The Deconstruction, is a reflection of it all. 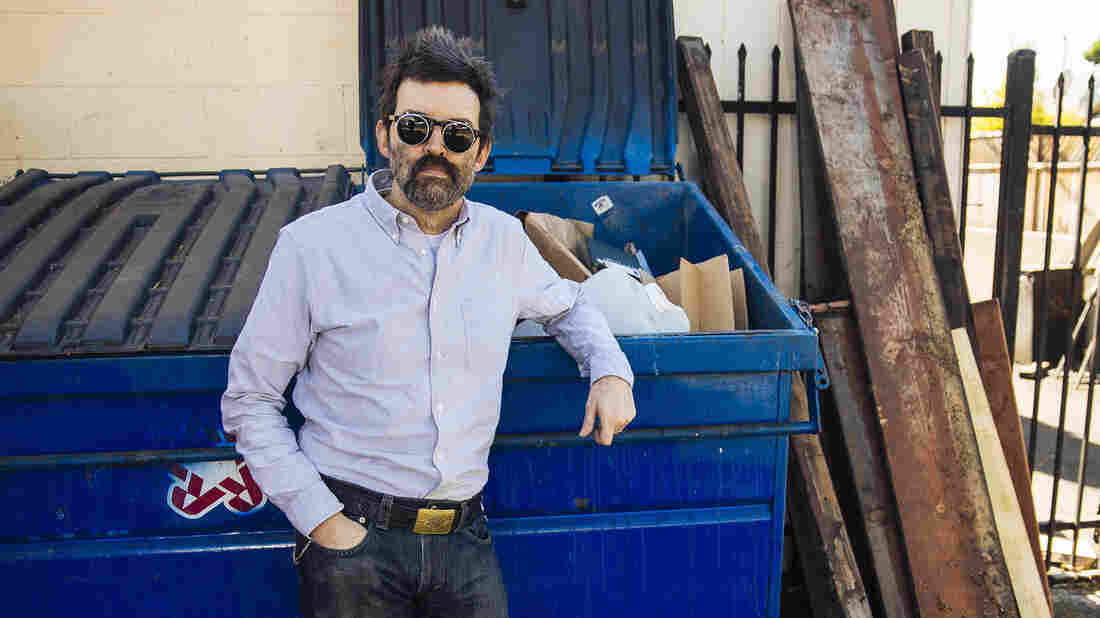 "It's a very natural process for me to write a song where there's absolutely no filter and really get down and peel all the different layers of the onion until I get to the heart of the matter," says Everett. Gus Black/Courtesy of the artist hide caption 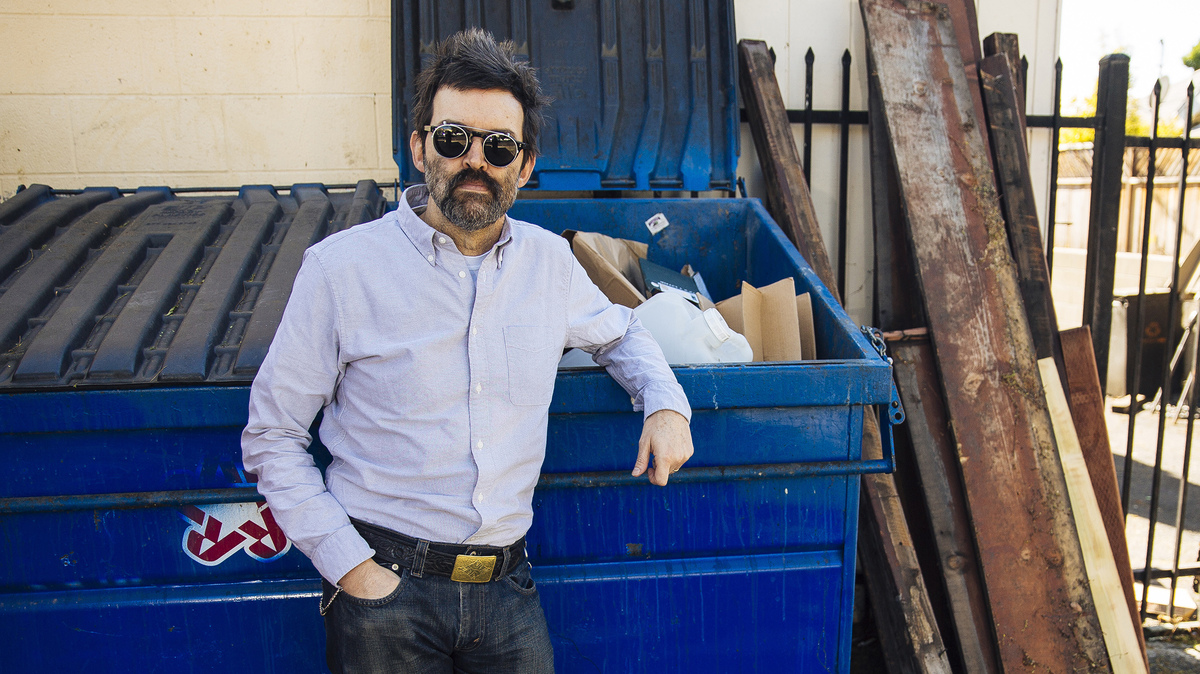 "It's a very natural process for me to write a song where there's absolutely no filter and really get down and peel all the different layers of the onion until I get to the heart of the matter," says Everett.

Gus Black/Courtesy of the artist

Four years ago, Eels founder Mark Oliver Everett decided to take a break. After 25 years of making music, he says, "I got to the point where if you do any one thing too much in your life, it catches up to you and makes it clear that you need to do something else."

Everett went on what he calls a project of self-improvement, during which he got married, got divorced and, at the age of 54, had a son. He also spent time reckoning with the losses he'd experienced earlier in life, including his sister's suicide, his mother's death from cancer and his father's fatal heart attack.

Now he's back, with a new album, The Deconstruction: a reflection on both the pain and joy of life. He says the point of the record is that "life is constant motion."

A Wolfman Sings His 'Songs Of Desire'

"We spend most of our lives after we're born slowly building up these defenses and walls around ourselves," Everett explains. "I just thought, 'What's underneath all that? What would happen if you tore down those defenses?'"

Click on the audio link to hear the full Fresh Air interview with Mark Oliver Everett.

On experiencing life without processing it through music

I'm the classic example of an artist-type personality who pours everything into that, and that's how I know how to relate to things. It's a very natural process for me to write a song where there's absolutely no filter and really get down and peel all the different layers of the onion until I get to the heart of the matter. It's very easy to deal with things in this very intimate way — as long as it's in a song. That's another reason why I had to take a four-year break: I was like, 'What happens if it's not in a song?' ...

It started out in exhaustion and confusion and not really knowing what to do, but I even thought at first I might even just be done working. For a while, it just felt like that. I just had no desire for it, which was very unusual for me to finally get to that point. But normal people would've taken some little vacations along the way, and then there's people like me — we do it all or nothing. And the mistake I think I made was I took that same obsessive energy that I put into all the years of work and said, "OK, now I'm going to put all that focus on the other sides of life," and treated it a little too much like a to-do list. So I'm still in the process of it all, and I guess the process never ends.

Eels, 'Mistakes Of My Youth'

The one that probably set me on that path very early on was, for some reason when I was 10 years old, I think, my favorite record was Plastic Ono Band, the first John Lennon solo album. And I didn't have any perspective for it at the time, but it's unusual looking back on it — for a 10-year-old kid to be so into that record — because it's an extremely raw, personal record. It's the one that's got him howling for his mother that abandoned him. But it was around the house or something and I would just play it all the time, and for whatever reason as a kid I just completely responded to it. So that just was ingrained in me, [to think] that's normal for songwriting. I think that really did change everything. I don't know if it ever would've occurred to me otherwise.

On finding his father dead from a heart attack

It was particularly surreal, since I had this weird relationship with him where he was always there but we didn't interact that much. Then just literally the night before he died, we had a lot more conversation, kind of a fun time together, ... And then the next morning I found him dead. It was very strange, because I was learning CPR on the phone [from 9-1-1] ... To be touching his body was very strange to me because I don't think we had ever touched before and the fact that he was dead while it was happening; it was just incredibly sad.

On writing a song about his sister's first suicide attempt, "Elizabeth On The Bathroom Floor"

I didn't know about most of [her suicide] attempts. I was there for the first attempt, and luckily her boyfriend called and we discovered her asleep on the bathroom floor and got her to the hospital just as her heart stopped, and they revived her. And then there was a bunch of attempts in between that time and the time that she actually died that I didn't know about until after she died, and her friends were telling me about these other attempts.

Eels: A World Of Futile Yearning

On the optimism behind his 'sad' songs

For a long time, I didn't ever consider writing songs about what was going on with these tragedies in my family because it just felt too personal and I was just so immersed in it. And then one day when I was back there visiting my mom while she was sick, I was laying on my childhood bed, laying there just sad and depressed over the whole situation and in my imagination. I was laying there looking up at the ceiling, I saw a blue sky, and that was this big moment where I suddenly realized, 'Oh, I can write about this stuff and make it something that can help me and help people, I think.' And that's why I did it. ...

If you look at pretty much all of the albums ... the point is always an optimistic point.

Often we get saddled with, "Oh this is the sad band," and all that, but it's really missing the point, because if you look at pretty much all of the albums ... the point is always an optimistic point. It's always saying, "This is part of life." If I can say, "You can go through these kinds of experiences like I've been through and still find the beauty and the positivity in life, then you can, too."

Amy Salit and Mooj Zadie produced and edited the audio of this interview. Bridget Bentz, Molly Seavy-Nesper and Sidney Madden adapted it for the web.